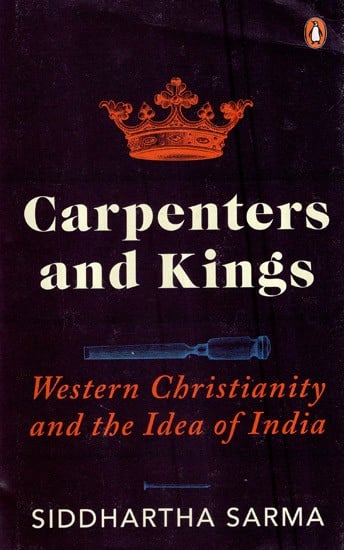 Jordanus Catalani, the first bishop of the Church of Rome in India, introduced the northern part of the subcontinent to his readers in fourteenth-century Europe in this manner. Two hundred years before the advent of Vasco da Gama, Western Christianity-which comprises the Catholic Church, the Anglican Communion and Protestant denominations today-had already arrived in India, finding among its diverse people and faiths the Church of the East already at home since the beginning of Christianity.

This is an account of how global events, including the Crusades and the Mongol conquests, came together to bring Western Christianity to India.

A gripping narrative of two diagonally opposite impulses in Christianity: of humble scholars trying to live the Christian ideal, and of ambitious ecclesiastical empire-builders with more earthly goals.

Carpenters and Kings is a tale of Christianity, and, equally, a glimpse of the India which has always existed: a multicultural land where every faith has found a home through the centuries.

Siddhartha Sarma is an author and journalist based in New Delhi. His first book The Grasshopper's Run, won the Crossword Book Award (2010) and the Sahitya Akademi Award for children's literature (2011).

The history of Christianity in India is a nearly two-millennia-long story whose complexity rivals the history of the subcontinent itself. Christians comprise a significant minority population, which has played a key role in the post-Independence period in the country, as have Christian institutions and clergy. In terms of historiography, however, the treatment of Christianity in India has remained problematic. As the political climate of India changes, as the Hindu Right extends its political dominance into the intellectual sphere, and as revisionism becomes a key tool for reimagining Indian history through a very narrow nativist and bigoted lens, it has become increasingly necessary to examine the history of Christianity in India and to set the record straight.

The problem is twofold. For the Right, it is necessary to delegitimize the presence of Islam and Christianity by creating a narrative that claims that the history of these two Abrahamic faiths in the subcontinent was a disruption in an otherwise harmonious society. Therefore the claim that Islam spread primarily by the sword, ignoring the evidence of conversions, such as in eastern Bengal, by charismatic Sufi preachers, or the long history of the faith on the Malabar Coast predating Turkic invasions from the north-west. These aspects of the history of Islam in India are related to complex social changes in geographically disparate regions. However, the Right's narrative views the history of the religion purely in terms of invasion, large-scale violence and conversion by the sword, in an attempt at convincing other communities that the Muslims of the subcontinent, particularly India, are inheritors of a continuous legacy of disruption and turmoil.

Similarly, Christianity is considered an inevitable adjunct to the colonial experience; modern Christians of India are considered descendants of Hindus who chose the religion of colonial administrators, thus simultaneously betraying the faith and culture of their ancestors and the native political structure which resisted colonialism. This narrative often ignores the presence of Syrian Christians in Malabar, a history which is as old as Christianity in Syria, Persia and the eastern Mediterranean. Nor was it only a geographically limited presence, for as this book shows, Christian communities existed and thrived on the Indian coast from Gujarat to Sri Lanka and the Coromandel Coast from a very early period of the Common Era, and had well-established ecclesiastical structures which were seamlessly integrated into Indian societies.

The second problem has been the post-colonial narrative, which has classified Indian Christians into two categories. While acknowledging the Syrians, this narrative has not dealt adequately with how Syrian Christians became an integral part of Indian society, how the West was aware of Christianity in India long before the colonial period, or how Syrians reacted to Portuguese imperialism and attempts by the Catholic Church to enforce communion with the Church of the East in India. One reason for this narrative is the inadequate presence of the history of south India in the overall historiography of the subcontinent, where more emphasis is placed on events and personalities from the Indo-Gangetic region.

The second category of Indian Christians is understood to have derived from proselytism by Portuguese and British colonial-era missionaries, thus labelling Western Christianity, including Catholic and Protestant denominations as well as the Anglican Communion, a by-product of the colonial period. In this failure or unwillingness to engage with the complexities of the history of Christianity in India, at least, post-colonial historiography appears to have inadvertently agreed with the Hindu Right. As this book demonstrates, this view too is historically incorrect, because Western Christianity in India predates the colonial period by more than two centuries.

Christianity arrived in the subcontinent in the Apostolic Age, sometime in the first two centuries CE, and took root among the Jewish communities of the western coastal region, communities whose presence in India went back to the Achaemenid Persian Empire and the Hellenistic world which supplanted it in the Persian Gulf and Arabian Sea littorals.

As Christian ecclesiastical order and official doctrine was being codified in the Roman Empire in the fourth century CE, the faith was spreading in the subcontinent, and by the sixth century, Christian communities and their ecclesiastical structures in India were known to travellers from what was Roman-ruled Egypt. Greek-speaking traders were a vital part of India's maritime commerce with Egypt and Persia, and through this commerce the ties between Christians in India, Persia and the Roman world were strengthened.

With the coming of Islam in the seventh century, while the Byzantine Empire's direct contact with India was lost after Egypt was conquered by the Arabs, Eastern Christianity, centred in Persia and Syria, forged stronger ties with India and spread to the Far East, including China and Tibet. This period also saw the introduction of Buddhist stories into the Middle East, stories which would ultimately reach Europe and acquire renown among Latin and Greek Christians.

The key inflection point in this sequence of events was the emergence of the Mongols on the global stage. The establishment of the Mongol Ilkhanate in Persia created, for the first time, conditions suitable for Western Christianity to establish its presence in the Middle East. In the period following the early Crusades and the establishment of the Ilkhanate, Christian missionaries from the mendicant orders, such as Dominicans and Franciscans, would set out from Persia to India and China, officially establishing the Latin Church in India in the late thirteenth century. This missionary movement was approved and encouraged by popes during what would come to be called the Avignon Papacy. 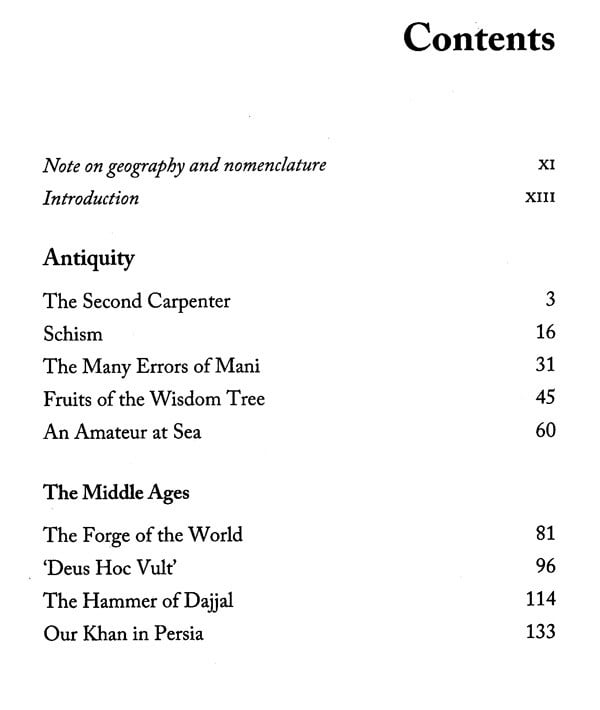 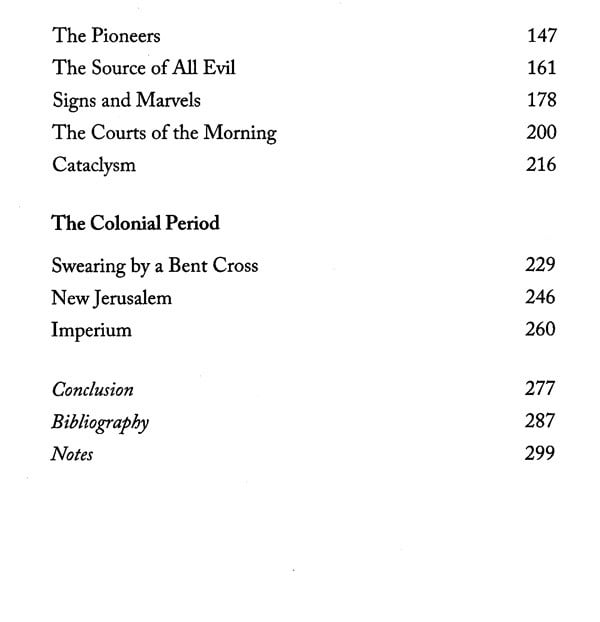 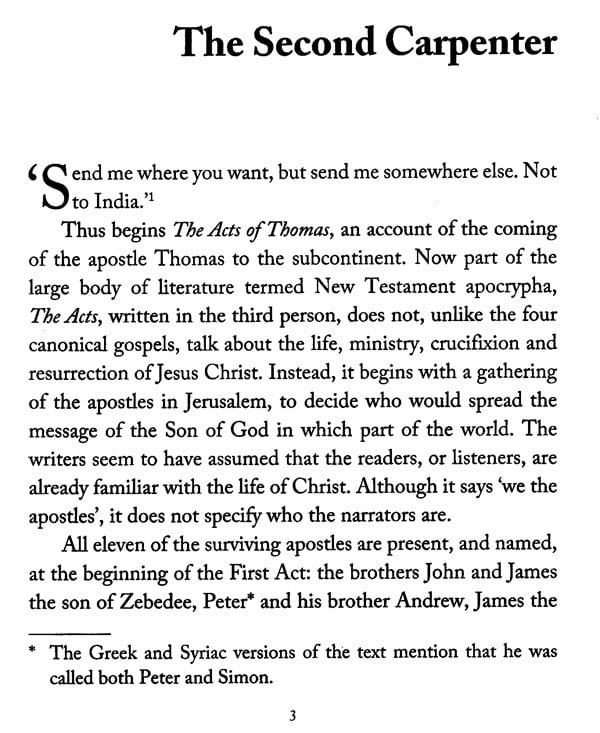 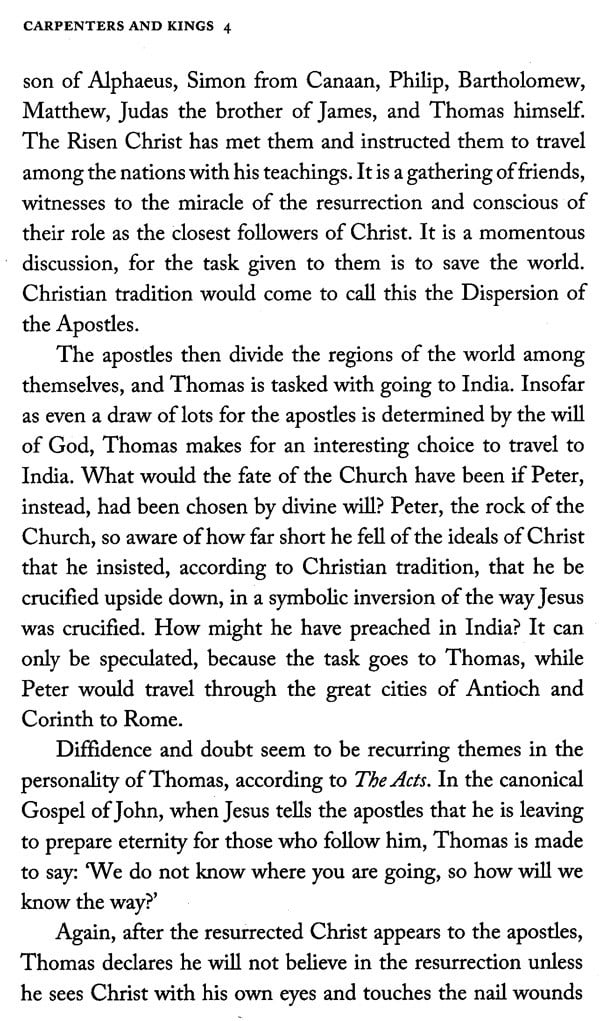 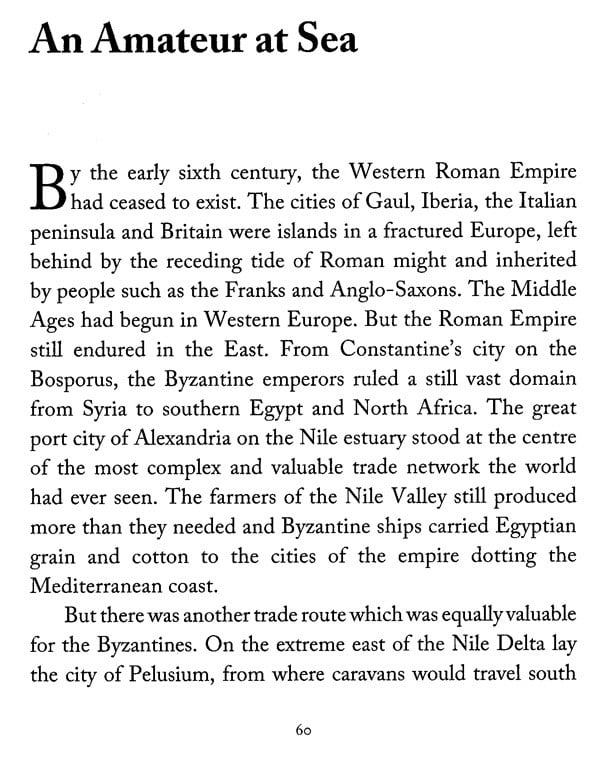 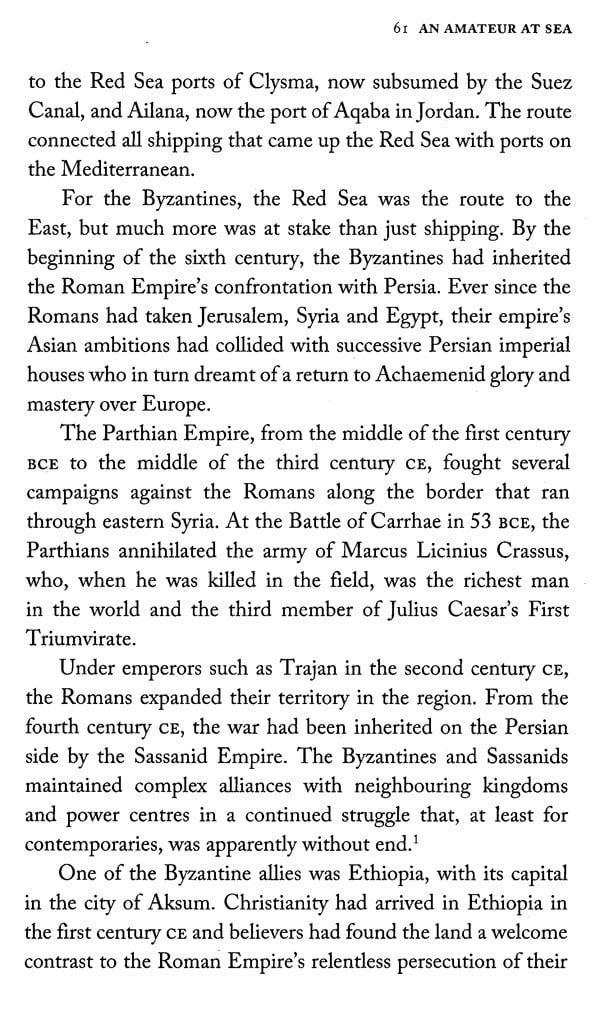 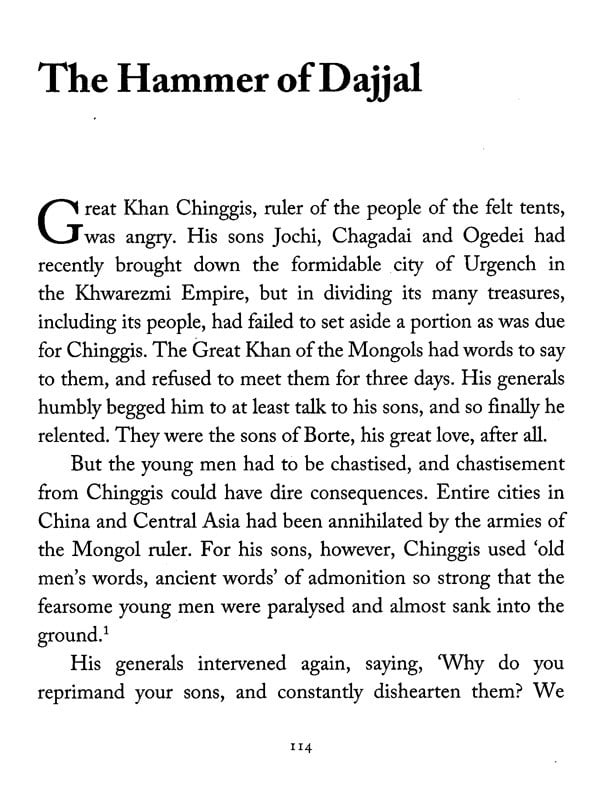 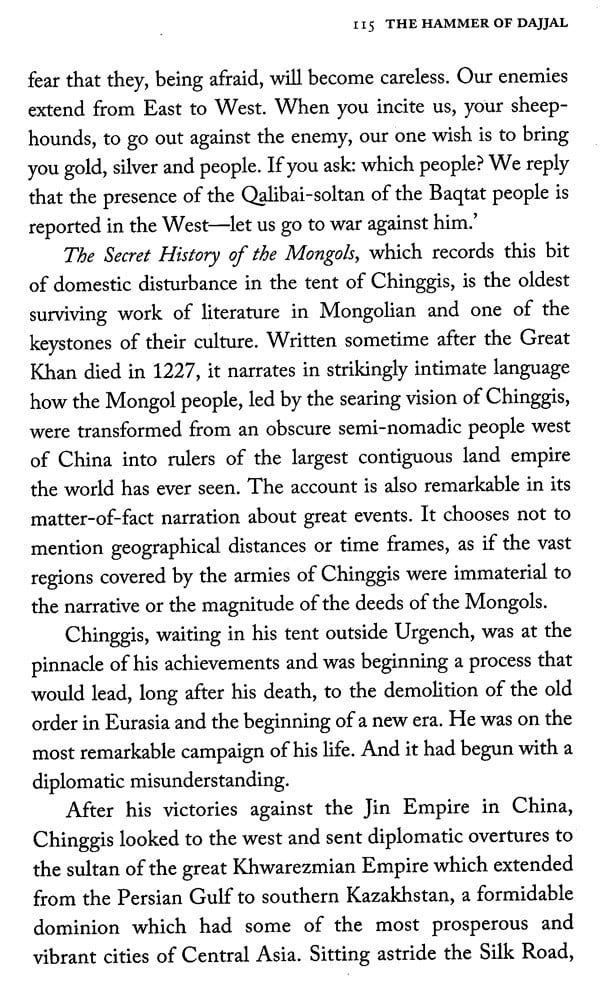 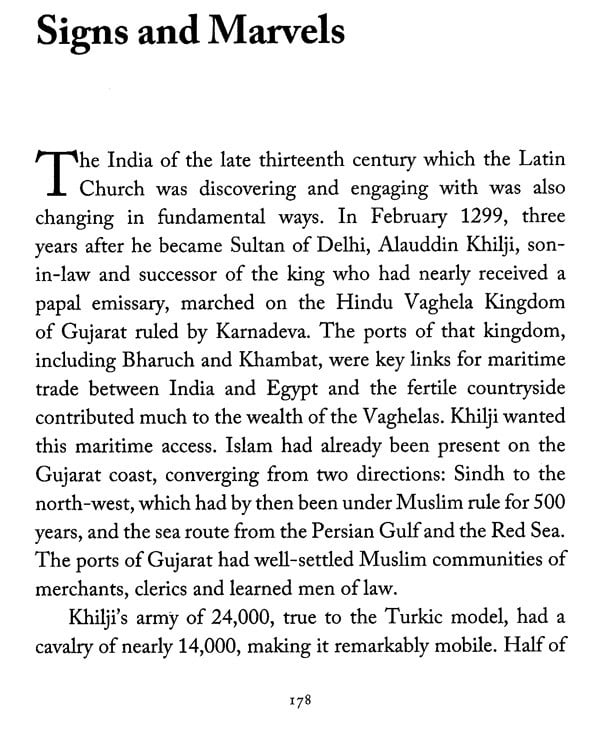 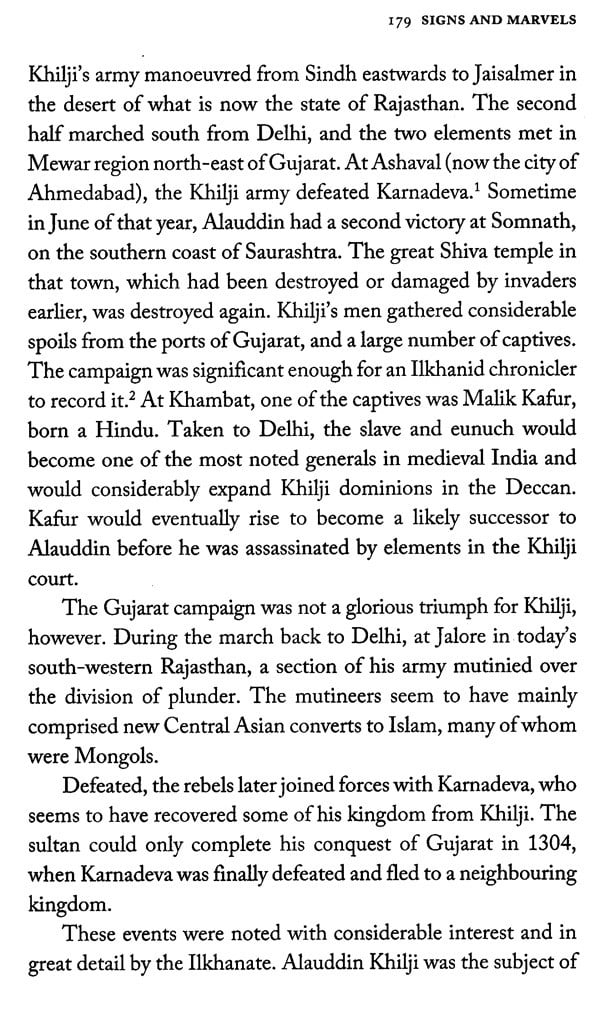 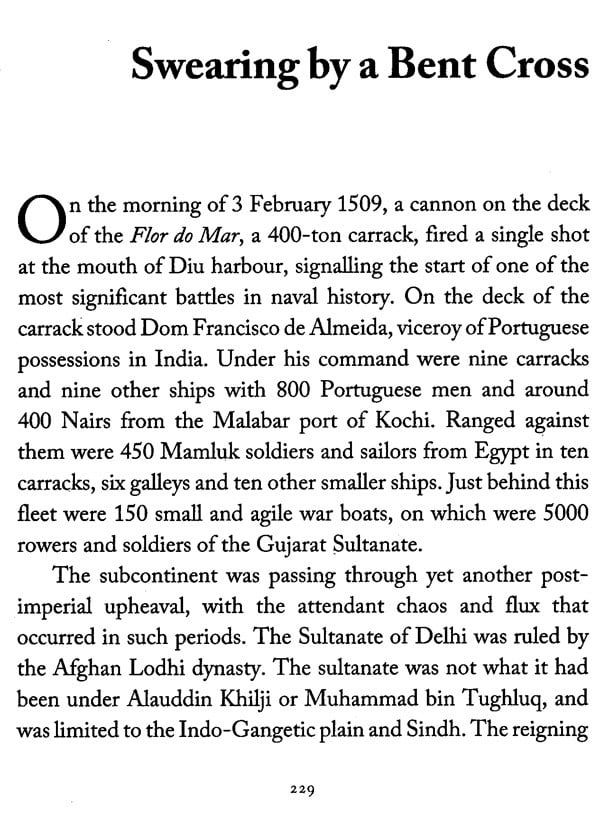 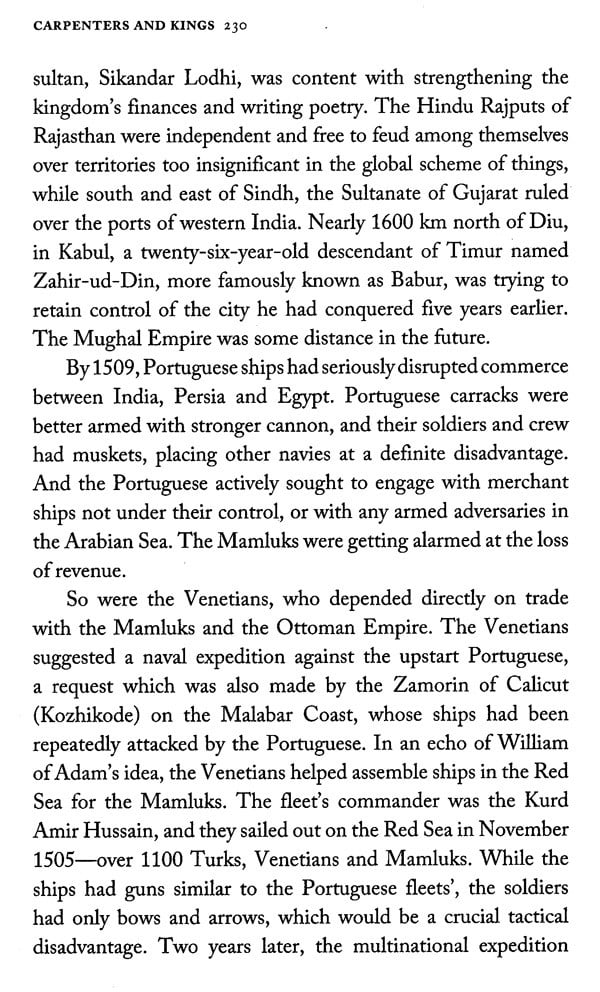