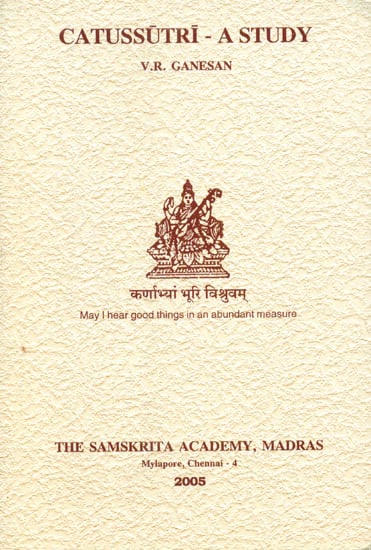 After retirement he studied Vedanta systematically under Swami Chinmayananda and Swami Paramarthmananda. At the same time he has been contributing articles on Vedanta and Gita for Sri Ramakrishna Vijayam of the Sri Ramakrishna Math. He has also published the following books in Tamil.

6. Stories and Essays in Upanishads

The Brahmasutras are brief pithy statements (aphorisms) which analyse statements occuring in the Upanisads. Through this analysis a cogent systematic teaching is presented which will help a spiritual seeker to attain the knowledge of Brahman. Brahma-jnanam is the only means of freedom from samsara. There are 555 such sutras and with their commentaries and sub-commentaries, the text is voluminous. However, the first four sutras are considered to be the essence. They are known as the Catussutri.

Sri V.R. Ganesan is one of my senior students. He is a person who lives the Vedantic teaching and shares his knowledge with others. He has authored several books and articles which are highly appreciated. Based on my Brahmasutra-classes he has brought out the present book on Catussutri.

I congratulate Sri Ganesan and pray that many readers should benefit from this valuable work.

Born in 1922, V.R. Ganesan graduated from the Presidency College, Madras, with Honours Degree in the year 1942. After working for years in the same collage as faculty member, he joined the Central Government Secretariat in New Delhi in 1944. He joined the Indian Railway Accounts Service in 1948. He had his promotions in due time at every stage and retired form Railway services in 1980 as Addle. General Manager.

Throughout his official career, V.R. Ganesan acquitted himself very creditably and was known for his sterling character, high integrity and professional excellence.

Instead of spending his time fondly remembering his achievements during his official career and doing nothing worth the note after retirement, he is spending his time very usefully making a serious study of Vedanta (Bhagavadgita, Upanisads etc.,) systematically under Swami Chinmayananda and Swami Paramarthananda. He is regularly contributing articles on Vedanta and Gita in Tamil and English and has to his credit a number of books. Being a keen student of Swami Paramarthananda who is an excellent teacher with his remarkable clarity of expression and indepth study of Vedanta, V.R. Ganesan has written the present book, which the Samskrita Academy is happy to publish, is analysis of the first four sutras of Brahmasutras, entitled Catussutri

A Study. The book is to be released by Swami Omkarananda during the Sankara Jayanti Discourses in the Madras Sanskrit College premise from 13th to 17th May 2005. This book is based on the lectures gives by Swami Paramarthananda on the subject. Swami Paramarthananda has graciously gives His blessings for the publication of the book with his note of appreciation on the good work done by V.R. Ganesan.

Dr. K. Srinivasan, Literary Secretary of the Academy and Professor and Head, Department of Sanskrit, RKM Vivekananda College, Mylapore, himself a keen student of Vedanta is to be thanked for going through the book and making needed corrections after a thorough critical scrutiny, able assisted by Dr. V. Kameswari, Director, The Kuppuswami Sastri Research Institute, Mylapore.

The Academy is extremely thankful to V.R. Ganesan for offering to finance the cost of publication.

Mr. B. Ganapathy Subramanian of KSRI, is to be thanked for the neat typesetting.

M/s. Vignesha Printers are to be congratulated for the neat printing of the book. 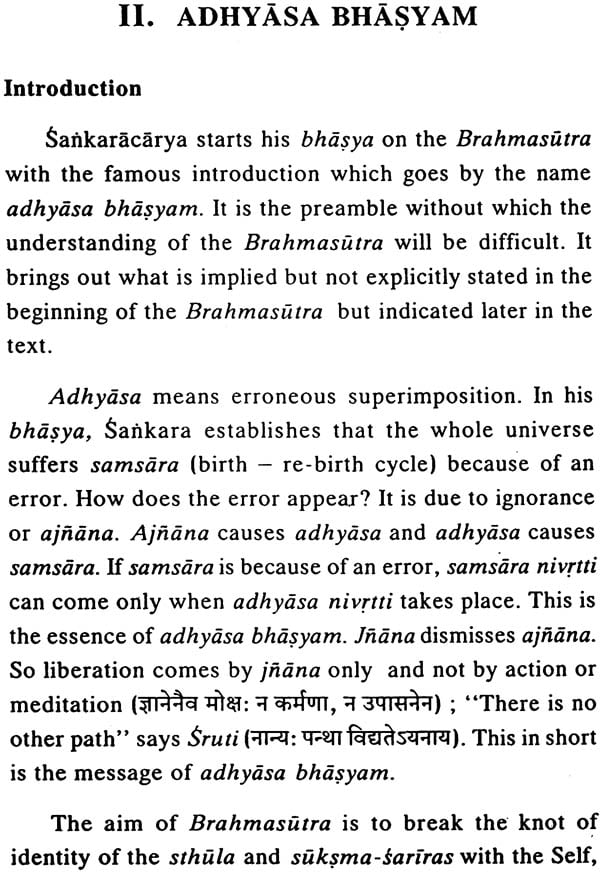 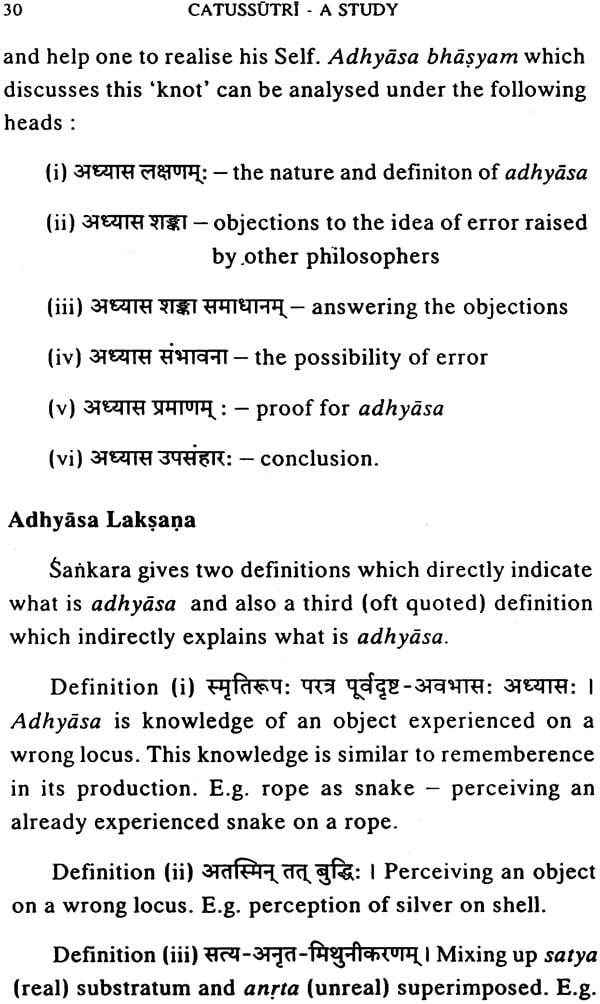 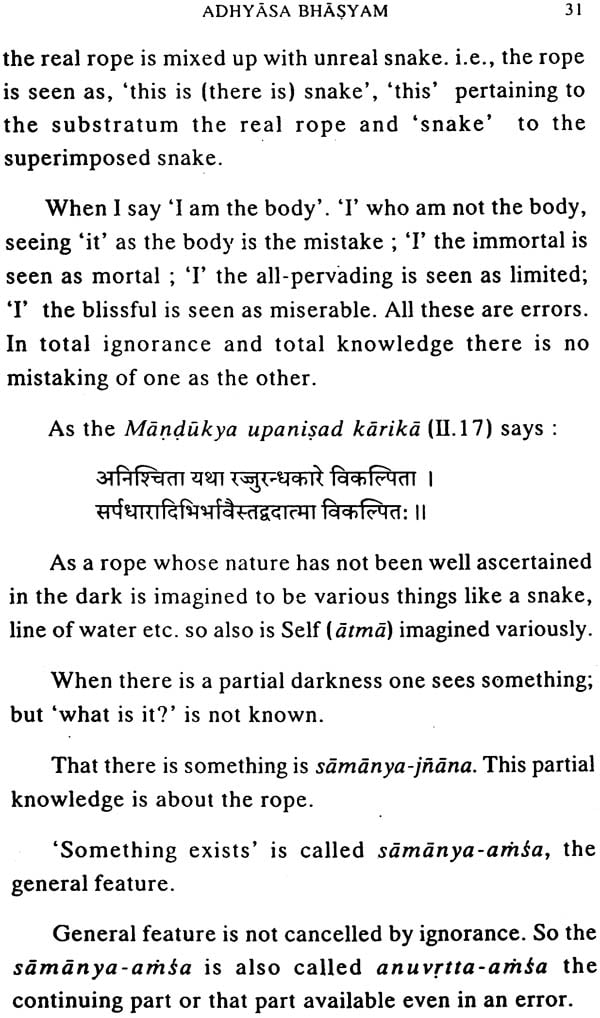 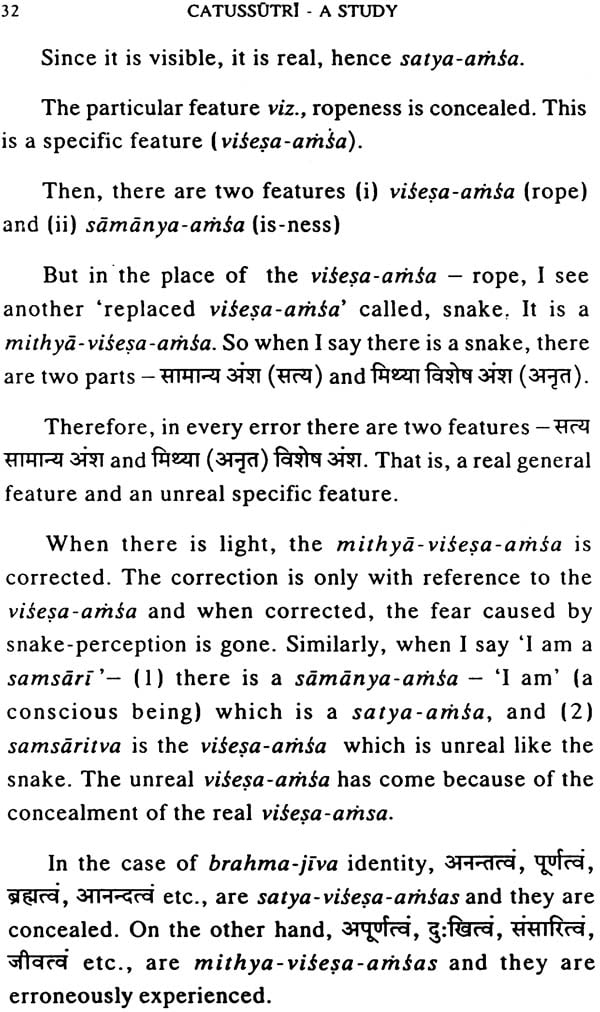 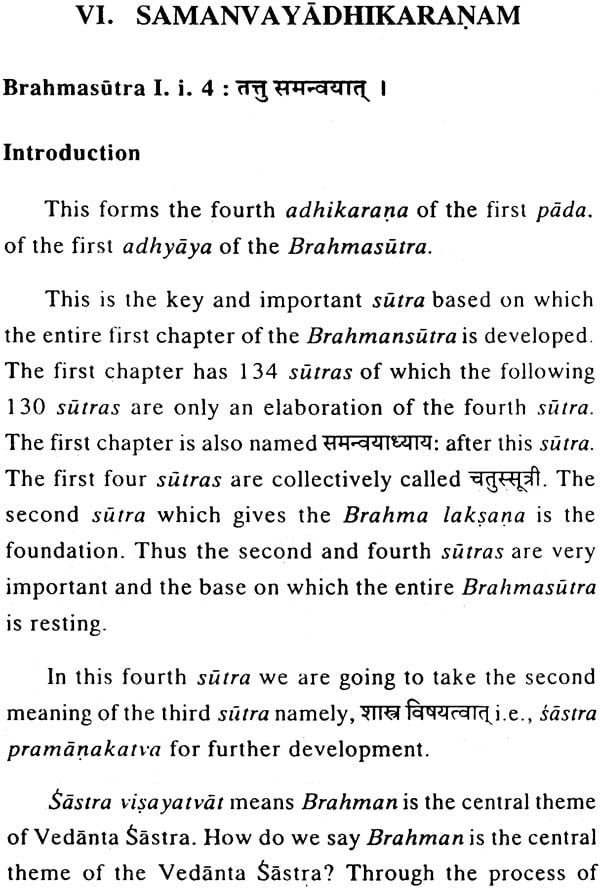 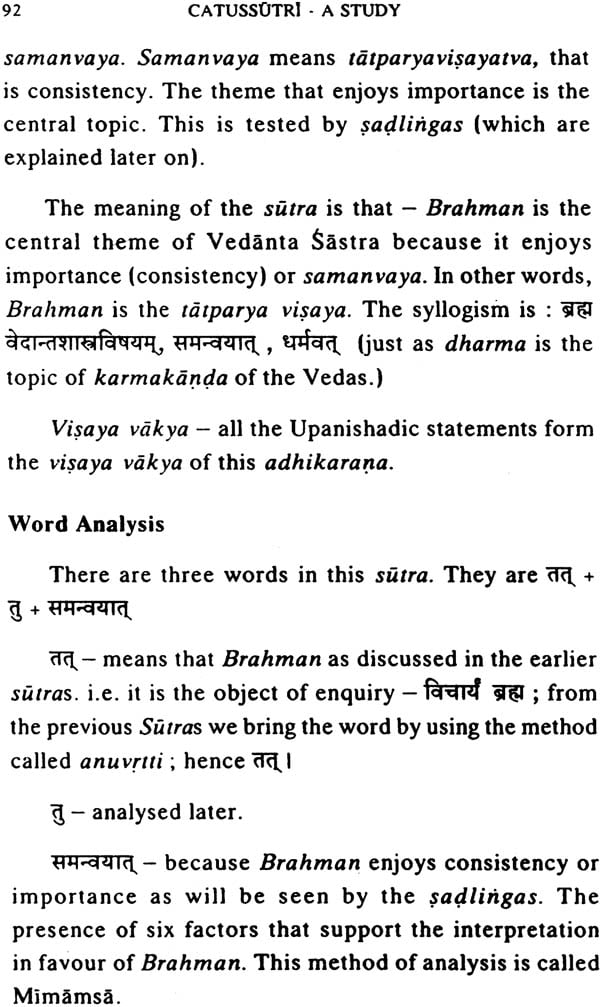 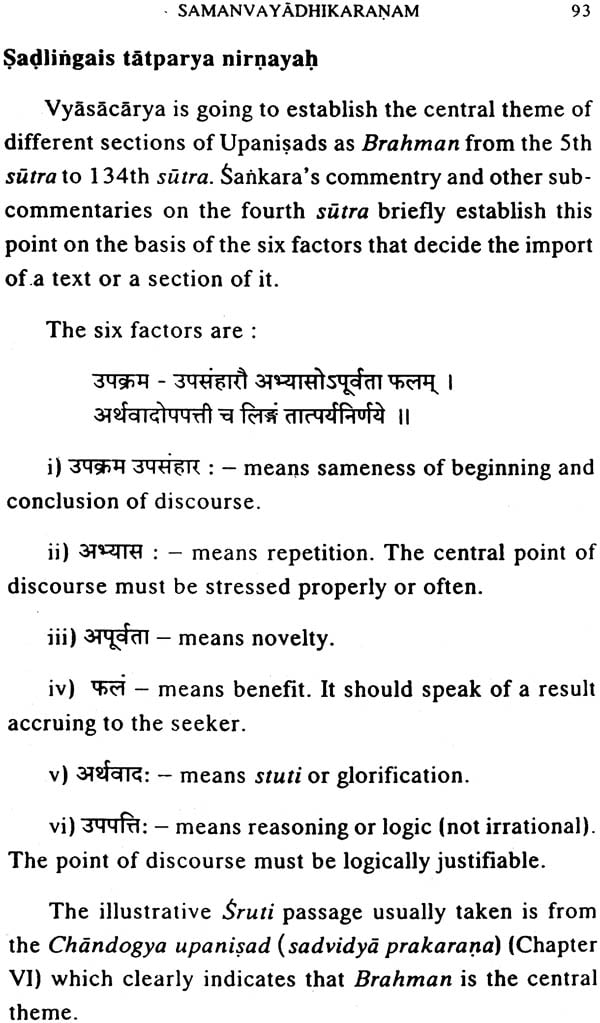 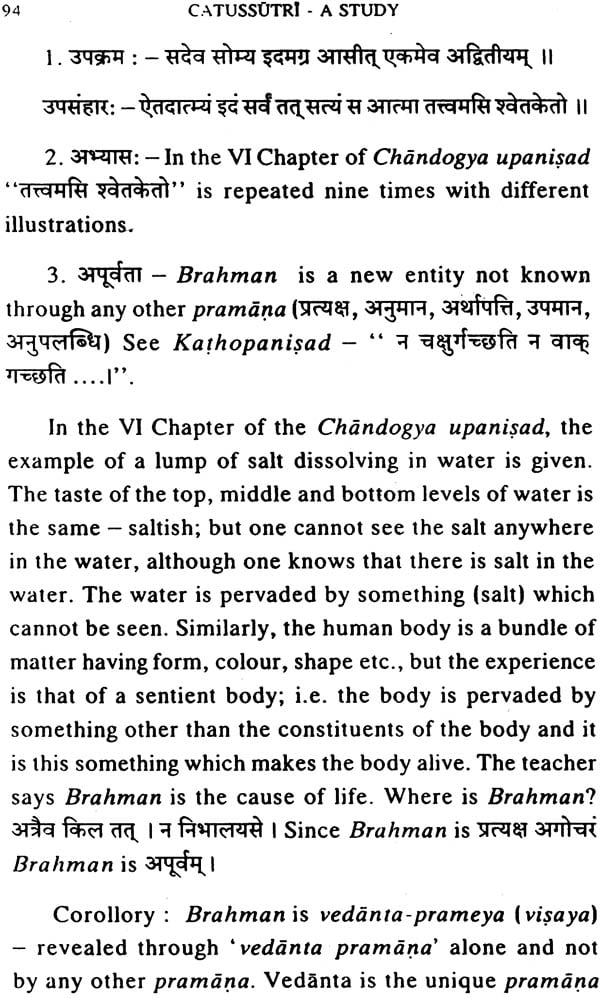 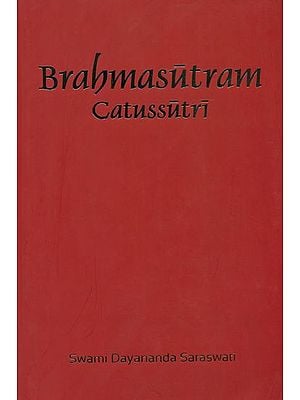 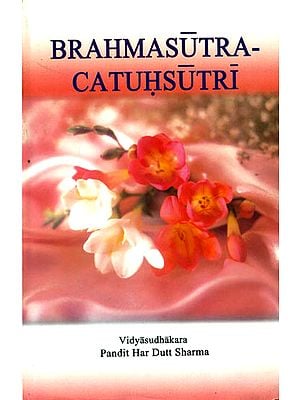 The Saivaparibhasa of Sivagrayogin (An Old and Rare Book)
By S.S. Suryanarayana Sastri
$33
FREE Delivery
Best Seller
$44  (25% off)

Vision of Advaita Vedanta in Taittiriya Upanisad (With Special Reference to Sankarabhasya)
By Swamini Atmaprajnananda Saraswati
$24.75
FREE Delivery
$33  (25% off)
Add a review
Have A Question