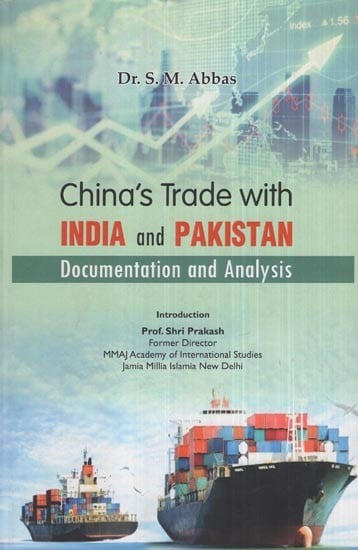 China's economic structure was based on state ownership, which was similar to Soviet Union to some extent. State was controlling economy, such as production, resource allocation and prices. Reforms were introduced in 1978 and Joint Venture Law, 1979 was the first to allow flow of foreign capital in China. Reforms brought the shifts in the basic structures of export and import of China. This change painted a picture of expansion of export and import. Export and import volume enhanced prominently from 2001. The first decade of twenty first century saw an increase in exports and imports. In 2010 it surpassed USA and Germany in exports and became the largest exporter of the world. The same position is being maintained till today. Its position as an importer has also seemed to be rising especially after 2001. When it reduced tariff and non-tariff barriers, China's exports, imports, rate of growth, trade value and balance of trade varied almost annually. The most pronounced upsurge was seen in the first decade of the present millennium. China emerged as the largest exporter and second largest importer of the world. Its shares in world exports and imports are 13.8 percent and 10.06 percent respectively. There was an annual increase in trade. Since the adoption of reforms its volume of trade has increased 208 fold since 1978 to 2014. China's trade has now become a major component of its economy. It has been playing effective role in economic development. China's exports, imports, rate of growth, trade value and balance of trade varied almost every year showing most pronounced upsurge in the first decade of this millennium. There was very nominal increase in China's exports during Asian financial crisis in 1998. But its imports fell down in the same year. The World Recession saw China's total exports declined more than its imports. Its trade surplus was also less from the previous year but trade balance was positive in this particular situation.

Trade relations of China and Pakistan exist since early 1950s, but its strategic relations improved decade by decade. Both countries consider each other "All weather friends". Economic ties especially trade between the two countries could not get momentum. China and Pakistan trade value has grown and reached to $5 billion in 2006. In the same year Free Trade 2014 Agreement was signed by both countries. The trade value grew more than $10billion in 2011. Within three years trade value crossed $15 billion in and $18billion in 2015. The second phase of FTA signed by both countries in November 2016. The contribution of Pakistan in China's world exports and imports was nominal. Pakistan's share remained on the margin in China's exports and imports. China and Pakistan are strategic friends and 'friends of all weather, but it seems their trade relations are not on a firm footing. The trade balance is in favour of China throughout the period under study. Some suggestions to tackle imbalance between China and Pakistan have been proposed. By adopting these measures trade imbalance between two countries may be reduced.

Most of the commodities exported from China to Pakistan are electrical machinery and equipments, nuclear reactors, boilers, machinery etc., iron and steel, manmade filaments and articles of iron/steel. China exports these and other commodities as finished goods. Cotton is a primary product of Pakistan's imports into China. Its share varies from 60-80 percent in total import value of China and Pakistan in most of the years. The other commodities are ores, slag and ash, copper articles thereof, raw hides/skins and residues, waste from food industries and cereals. These products are raw materials which have less value.

This book provides a complete documentation and analysis of huge amount of trade data which has been generated over the years. Publication will serve as ready reference for researchers, policy makers and sinologists. Given the current global situation wherein Chinese trade policies are being increasingly questioned, publication will contextualize the debate further and allow the readers to have a first account of Chinese trade policies particularly in South Asian region. I am sure that book will go a long way to fill up the gap in research and draw attention of all the stakeholders.

Dr.S.M.Abbas's book on China's trade with India and Pakistan: Documentation and Analysis has focused on a subject of great contemporary significance. It provides a documentary picture of the actual trends in trade between China, India and Pakistan between 1990 and 2015. Based on the data published by the United Nations, it employs sophisticated statistical tools to analyze trade dependencies that have developed between these three developing countries. The nature of this trade, the commodity composition of the basket of goods traded, the extent of the manufactured items exported from China to and imported by China from India and Pakistan is well described. The financial implications of this trade and how India and Pakistan have been able to pay for imports of greater value from China than their earnings from export to China is ably documented. The book by a learned scholar like Dr. S.M Abbas who has dual Ph.Ds one Library Science and another in the study of comparative trade between China, India and Pakistan is highly recommended for all those interested in the study of contemporary International Trade.

Trade between countries with difficult issues of border disputes to solve is a blessing in disguise and amounts almost to a confidence building measure. Trade across international borders is subject to the overriding concerns of national security, strategic considerations and the opportunity costs imposed by domestic political competition and opinion as well as the weight of local economic lobbies and interests. As an example of how complementarities in economic production alone cannot help to continue international trade is the present complete cessation of trade between India and Pakistan due to the political and military confrontations between these two neighboring states. For Pakistan, it's so called campaign to liberate Kashmir from India is far more important than any gains from bilateral trade. For India, quite obviously. the immediate imperatives of fighting terrorism unleashed by the Pakistani Military Establishment against soft civilian targets in India takes priority over conducting trade with its South Asian neighbour. For good measure in order to placate domestic political lobbies, Pakistan has also banned the transit trade from Afghanistan to India which used to traverse through Pakistani territory. Similarly, after the Chinese incursions at the Indian borders in Ladakh in 2020, the Government of India has imposed several restrictions and checks for security reasons on new Chinese investment in India and the imports of telecom equipments from China into India. Another important issue of dispute is the unwillingness of China to reciprocally lower its tariffs on several potential imports from India ranging from agricultural produce to pharmaceuticals. Consequently, India has decided to not sign the recently announced RCEP agreement involving China's trade with many Asia-Pacific countries. 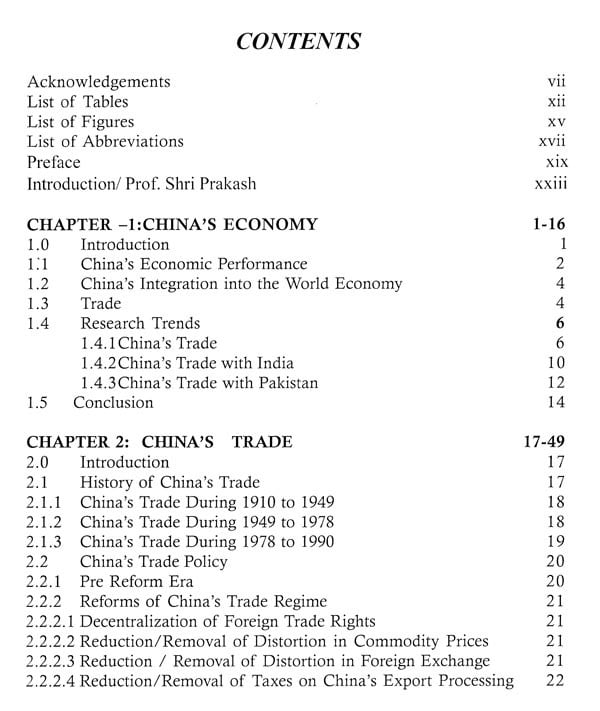 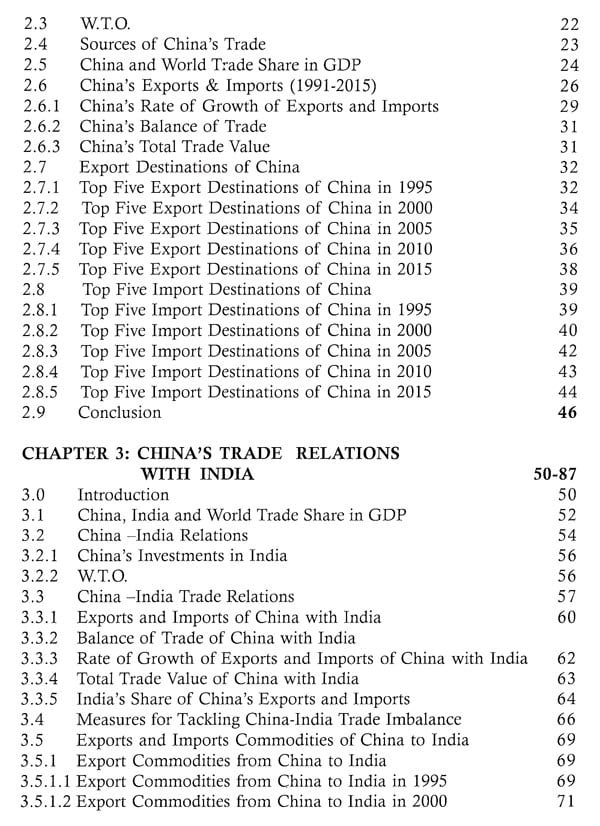 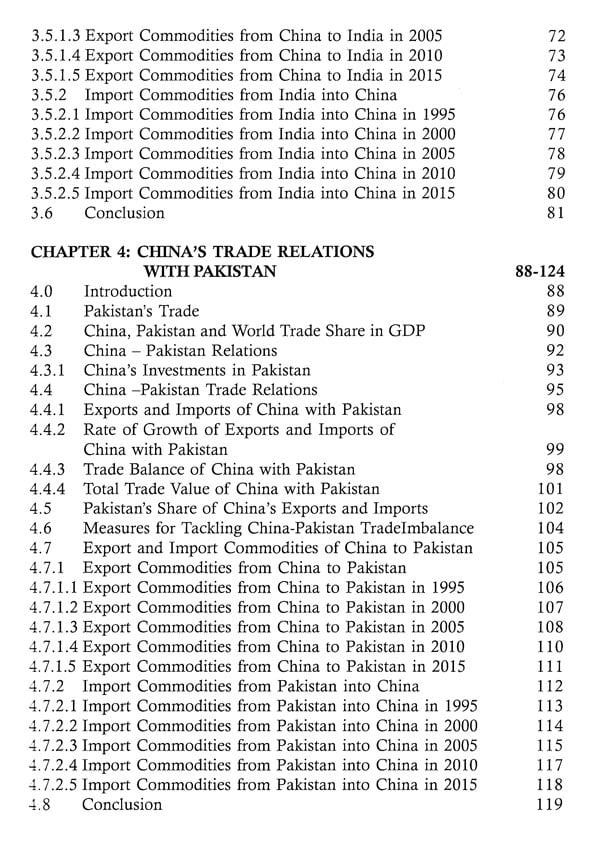 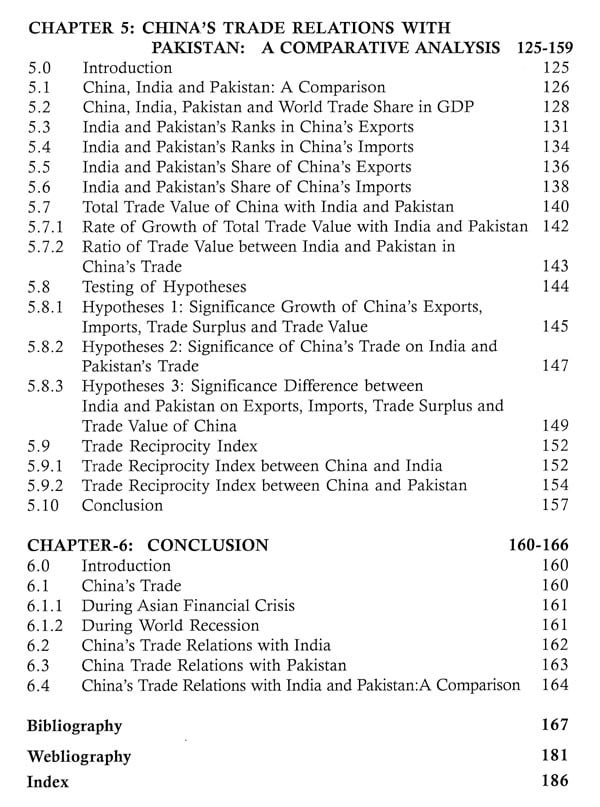 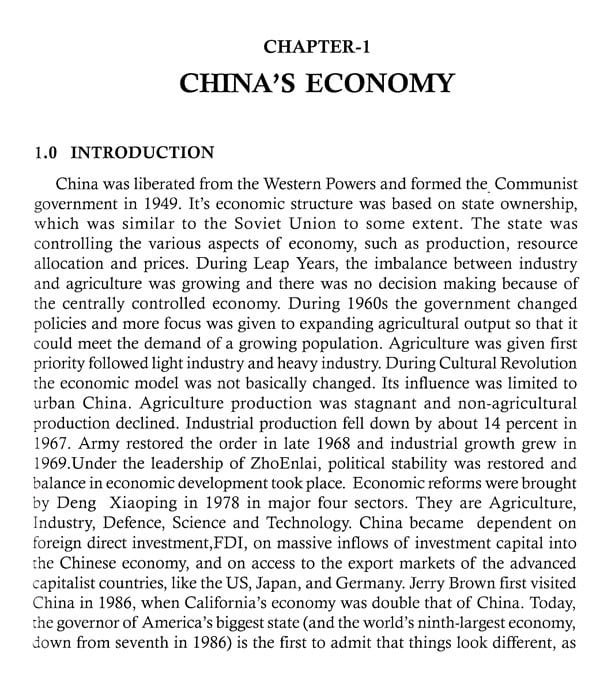 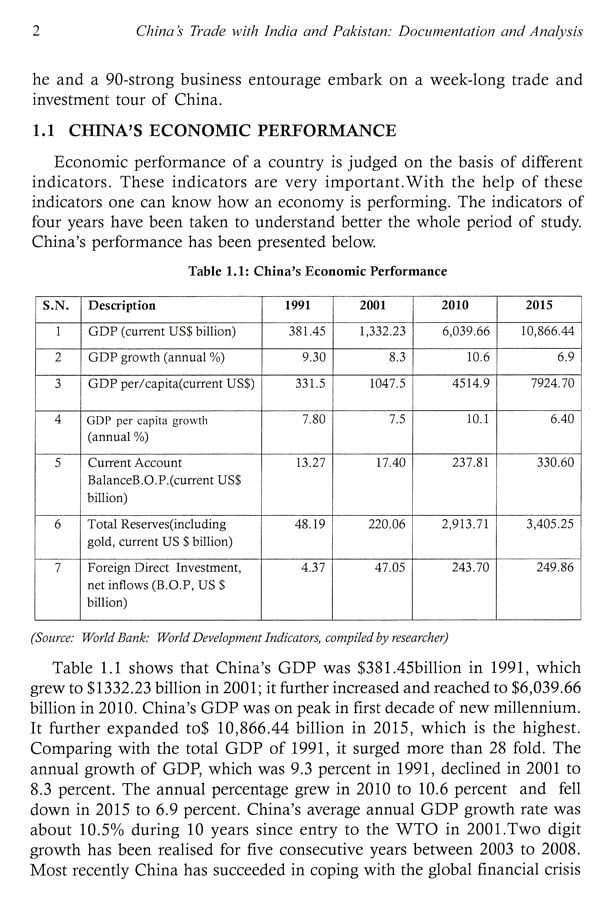 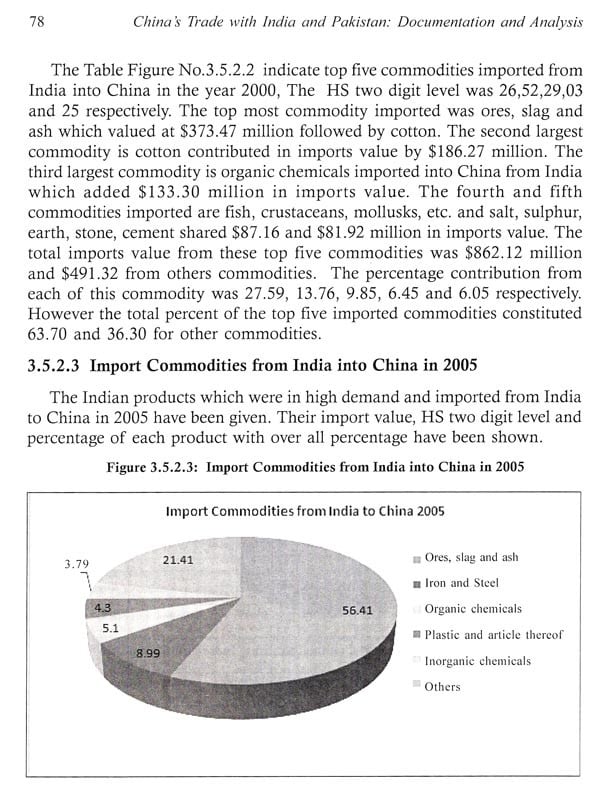 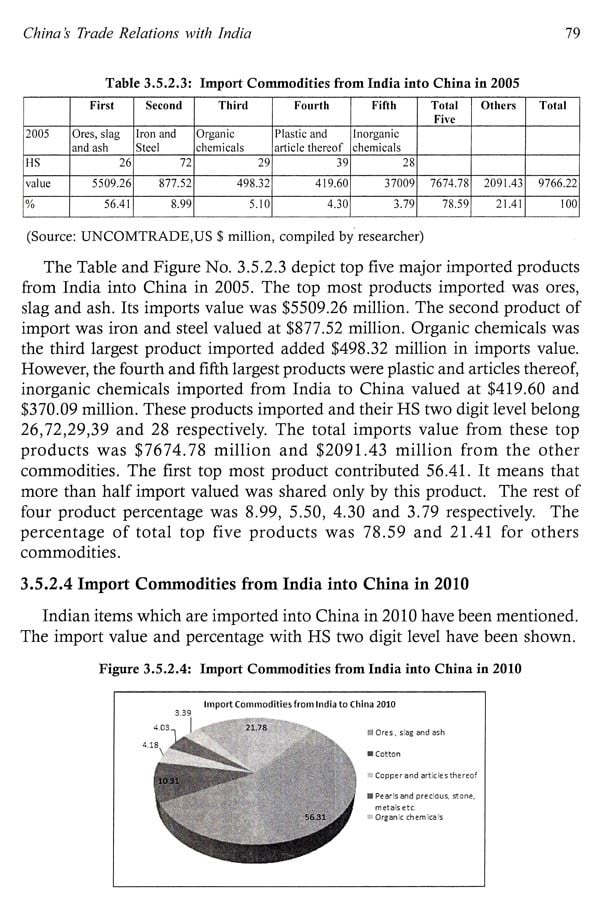 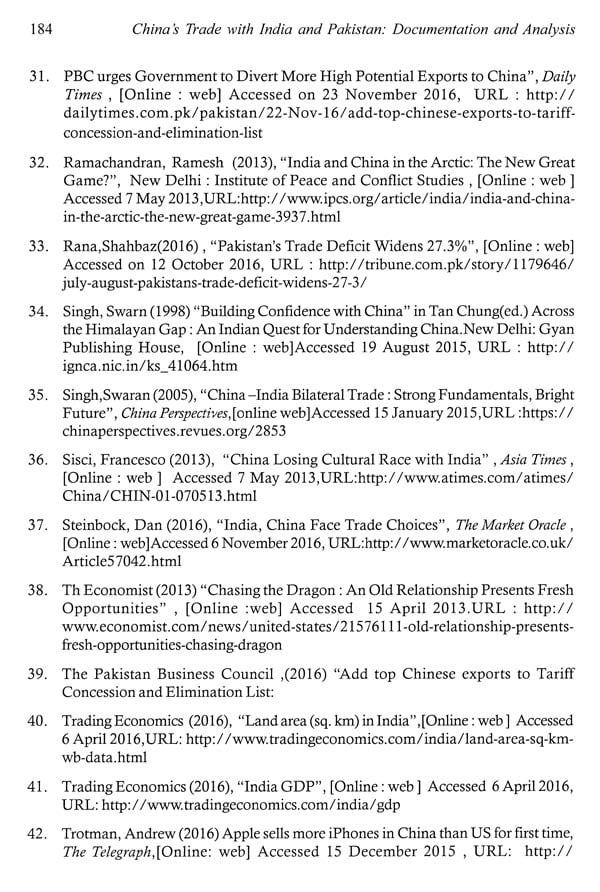 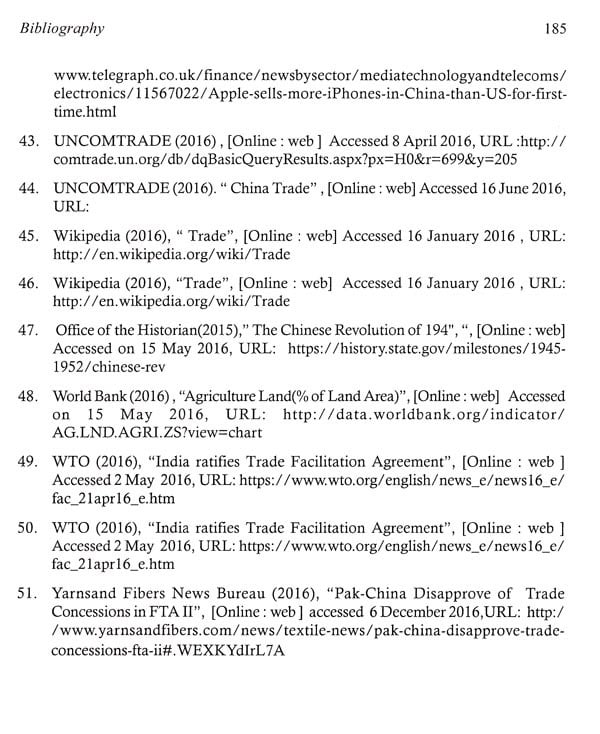 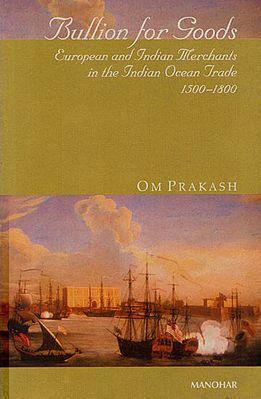 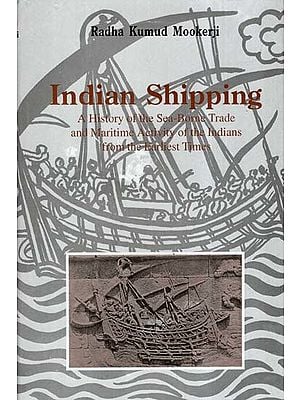 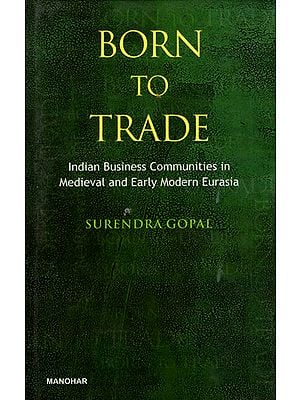 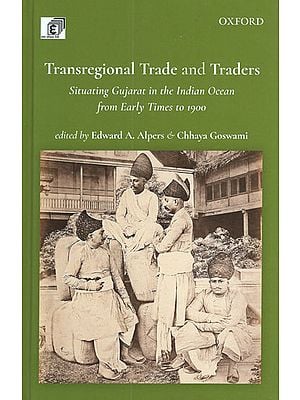 Transregional Trade and Traders (Situating Gujarat in the Indian Ocean From Early Times to 1900)
By Edward A. Alpers & Chhaya Goswami
$50
FREE Delivery 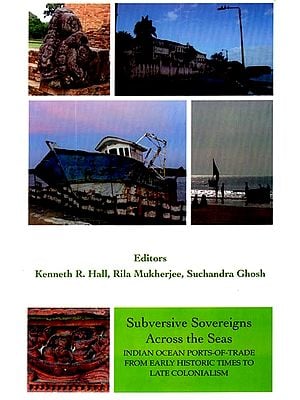 Maritime India (Trade, Religion and Polity in The Indian Ocean)
By Pius Malekandathil
$26.40
FREE Delivery
$33  (20% off) 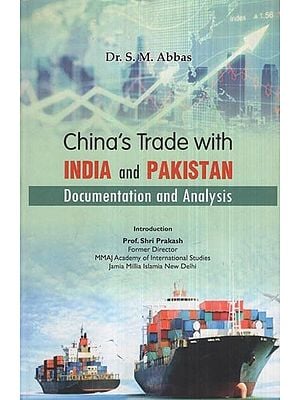 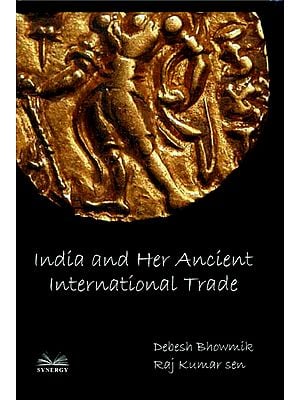 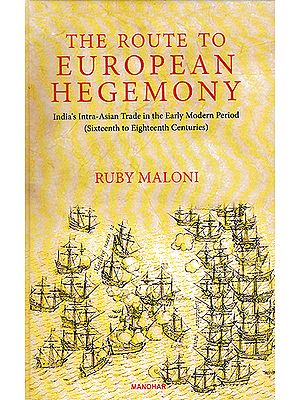