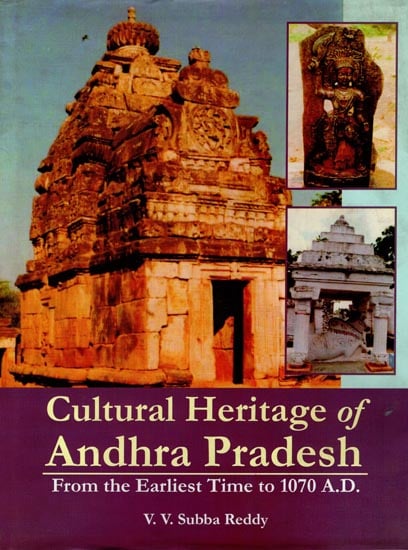 The present work is the result of an exhaustive study of the political, social, economic and cultural history of Prakasam district from the Earliest Time to 1070 A.D. For the first time, the author has presented a systematical narration of the political and cultural developments in historical setting, based on the Archaeological and Antiquarian studies as well as literary sources.

The book is planned in eight chapter as: 1. Geographical Background; 2. Sources; 3. Stone-Age Cultures; 4. Political History; 5. Administration and Economic Conditions; 6. Society and Religion; and 7. Art and Architecture. The Eighth Chapter is a Resume, high-lighting the conclusions of the analysis made.

An attempt is made in these pages to present the political and cultural history of the region at micro level and developments of far-reaching socio-economic significance have been unwrapped in the course of analysis. The work involved pains taking field-work by the author, so as to bring to light several antiquarian remains, for the first time and to describe them meticulously.

The work is written in a lucid and expressive style and Bibliography, General Index and Maps are added in the end. Ground plans of some important architectural remains, together with 93 black and white and coloured Photographs are presented to make the study illustrative and clear. It is our hope that the book will be well received and found useful to -le students and scholars, interested in early Andhra History and Culture and that it stands as a model for micro-level study of limited areas, for a closer analysis of political and cultural developments in historical setting.

Dr. V. V. Subba Reddy, Associate Professor and Head of the Department of History and Archaeology, SGHR-MCMR College, Guntur was born on November 2nd, 1952 at lrasalagundam, Podili Taluk, Prakasam district of A.P. Dr. Subba Reddy had a brilliant student career and obtained University 3rd rank in his M.A. from Vikram University, Ujjain. He also took his Ph. D. from the same University in the year 1988.

Dr. Reddy had the field-training in Archaeology under the direction of Professor V.S. Wakankar and also participated in the excavations at Bimbhetka and Mandasore in M.P., and presented a dissertation on Chalcolithic Cultures of Mandasore region. He is the author of 'Indian Archaeology with special reference to Andhra (Telugu)', 'History of Reddy Kingdoms (Telugu)', 'Indian Coins through Ages (Telugu)', 'Temples of South India', 'History and Culture of Srisailam' (Telugu), which were widely read and appreciated. He has been actively engaged in research and published more than three dozen articles in various research journals and leading dailies as well as attended many seminars. He has completed two research projects sponsored by the University Grants Commission. His contribution to the study material for U.G. and P.G. students of Acharya Nagarjuna University, Guntur, Dravida University, Kuppam, was well received and lauded. He has been a recipient of "The Best Teacher Award" in 2009 given by the Andhra Pradesh State Government. He is the life member of Indian History Congress, A.P. History Congress, Rock Art Society of India and Numismatic Society of India.

In a country like India, with continental dimensions and racial, religious and linguistic divergences, the growth of a perplexing variety of faiths, customs and manners of local significance, is quite natural. As such, the Indian culture presents a picture of divergent elements but leading towards integration, by which, the culture came to be called, Indian. The composition of the people of Andhra and the evolution of their culture presents the same phenomenon, in miniature. Right from the pre-historic age, different racial streams converged on this soil and led to a fruitful acculturation. This may be the reason for the statement in Mahabharata, as "Andhrclicha bahavah" and for the popular saying "Andhrsancim Anekatvam". As in the case of the history of India, there is undoubtedly an 'Andhra' history and culture resulting out of the interaction with various popular streams. The Andhra history and culture is a compendium, of a number of local cultures. Therefore, a balanced and broad based history of the land becomes possible only when the local history is studied, and its knowledge is integrated, with national history through the Andhra history and culture. The tendency today all over the world among historians is to make micro-level studies limited to small regions of some distinct cultural significance. With this idea in mind, an attempt is made to present the results of an intensive study of the historical and cultural developments of the Prakagam district in these pages, as it is being my native district.

The present work deals with the history of Prakaiam district in all its aspects from pre-historic times down to 1070 A.D. when the Eastern Calukyan rule came to an end. Telugu language became the vehicle of expression both for the poets and the princes by this time. A large number of inscriptions contain poems in Telugu meters. The Eastern Calukyas, politically united the Telugu speaking country along the coastal line and gave the language and culture an individuality. As such, the aim of the present work is to trace the course of development, rather manifestation, of the Andhra culture, by the time of the Eastern Calukyas.

Besides an account of the political vicissitudes of the district, the present work also includes a survey of administrative systems, economic conditions, society, religions, art and architecture as the aspects of the culture. Since the present Prakagam district is carved out from the former Nellore, Kurnool and Guntur districts, the history of the district, has also to be carved out from the histories of these three neighbouring districts. It is, however, to be noted that the studies of local and regional history cannot be strictly confined to the modern boundaries of the district which had no relevance in the past. The areas ruled by different ruling dynasties do not conform with the boundaries of modern administrative divisions. As such, to make the study complete, the areas adjacent to the present district which had close historical and geographical connections have to be included within the scope of the present study, and it has been done.

The excavated Buddhist sites at Bhattiprolu, Nagarjunakonda and Amaravati are not far off from the modern Prakagam district. Though they are in the neighboring Guntur district, the antiquities discovered in these excavated sites as well belong to the cultural heritage of the district under study. As such, they too have been critically studied and utilized in this work. In preparing the present work, a long range of scattered material in the form of archaeological antiquities, inscriptions, coins and literature published by several scholars in the past had been consulted.

As early as 1914 ROBERT BRUCE FOOTE, collected Stone Age arte facts in the coastal districts, including Prakagam district, of Andhra Pradesh and pioneered the archaeological explorations and studies. He reported his findings from the river valleys of Manneru and Krishna in 1917. He was followed by other European scholars like ROBERT SEWELL, COGGIN BROWN L.A. COMMIADE and BURKITT (1930), F.P. MANLEY (1942) who explored and brought to light many more pre-historic settlements from different sites of the coastal tracts of Andhra Pradesh. K.V. SOUNDARA RAJAN in 1952 and N. ISAAC in 1960, made further probing. Later on K. THIMMA REDDY along with H.D. SANKALIA in 1974, D.B. MURTI in 1977 and 1985, surveyed and explored the river valleys and collected tools, which are valuable for the study of Stone Age Cultures of Prakagam district. K.SRINIVASULU worked on stone Age cultures of Manneru valley (2012). V.V.M. RAO has written a thesis on the Palaeolithic cultures of Palaru valley in Prakagam district. Investigations by B. DAVID RAJU (1985) have brought to light about 80 Neolithic occupations in mid Coastal Andhra. These works and their results, enabled the present work, to speak something definite about the pre and proto-historic background of the Praldiam district c, Excavations conducted by A.H. LONGHURST (1914) at the Megalithic site at Gajjalakonda, gives the clue to take off from the proto-historic to the early historic phase of the study, pertaining to the district.

The district has yielded hundreds of stone and copper plate grants, that were the basis of the study of ancient and medieval ages of history. SENART, BUHLER, VOGEL, FLEET, D.C. SIRCAR, H. KRISHNA SASTRY, C.R. KRISHNAMACHARYULU, N. VENKATA RAMANAYYA, K.V. LAKSHMANA RAO and others have edited the inscriptions in the Indian Antiquary and Epigraphia indica. We are indebted to BUTTERWORTH and VENUGOPALA CHETTY for taking estampages of some of the inscriptions in Nellore district including Prakdiam District and duly Publishing them.

M. RAMA RAO in his 'Early Calukyan temples of Andhradesa' first published in 1965, gave special account of the temples at Satyavolu. B. RAJENDRA PRASAD, has reviewed the Buddhist monuments and Hindu temples in his work, 'Art of South India-Andra Pradesh'. B.S.L. HANUMANTHA RAO in his work, 'Religion in Andhra' has given the critical analysis of the religion-philosophical developments up to 1325 A.D. Some articles published in the proceedings of Andhra Pradesh History Congress volumes also proved to be useful in preparing this work. 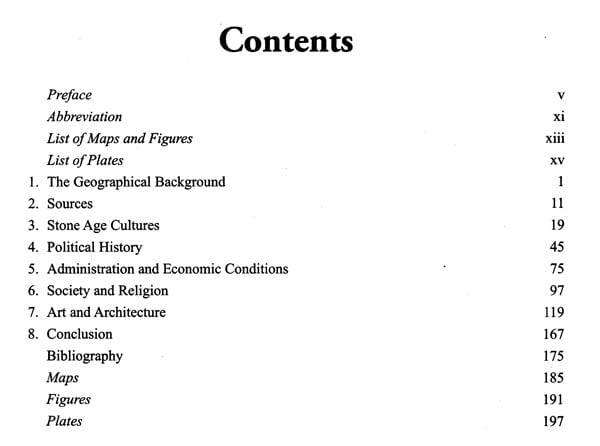 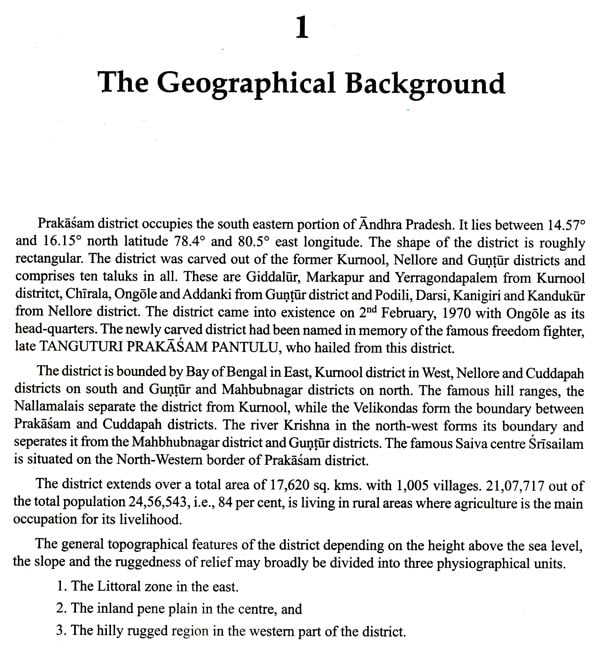 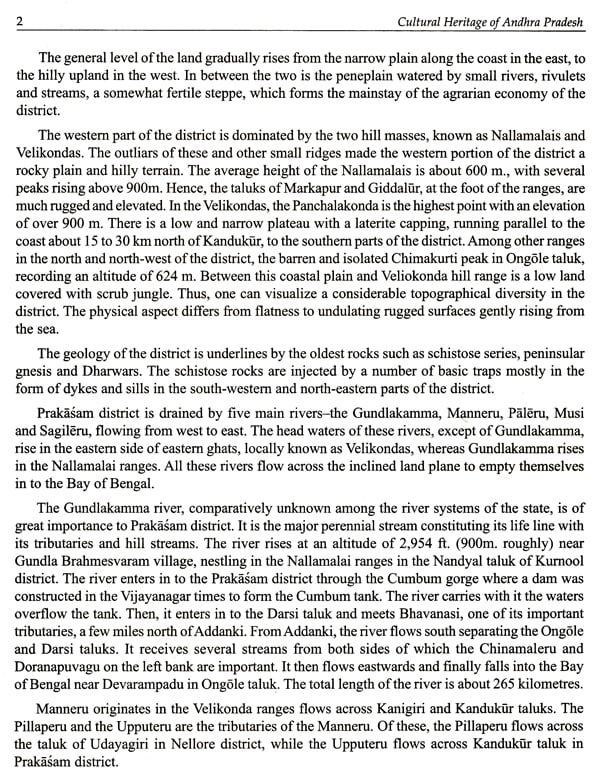 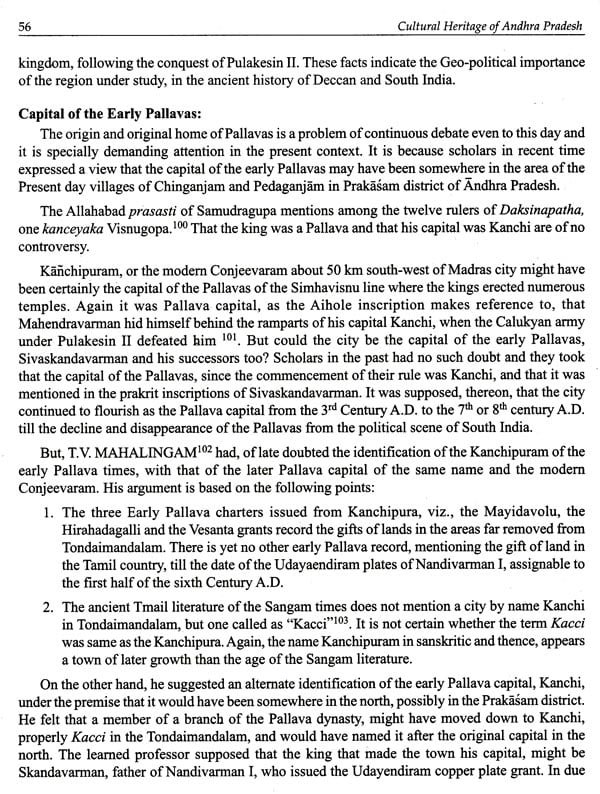 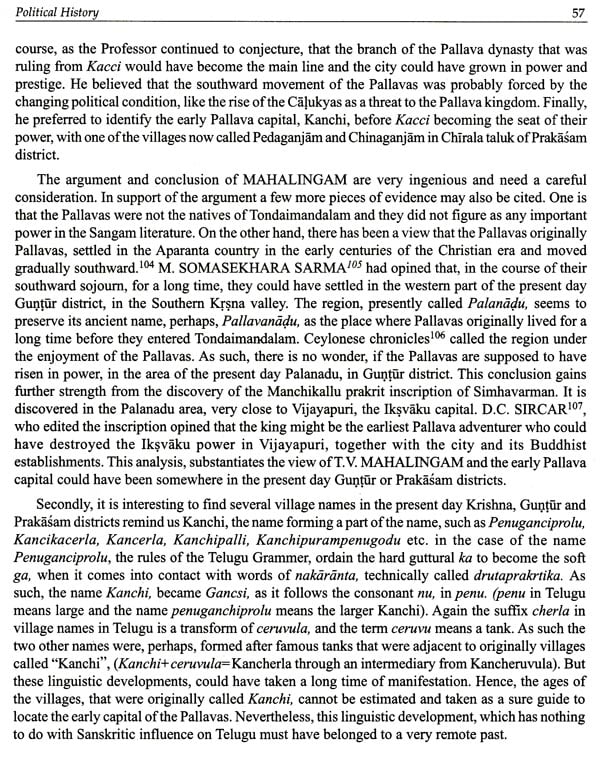 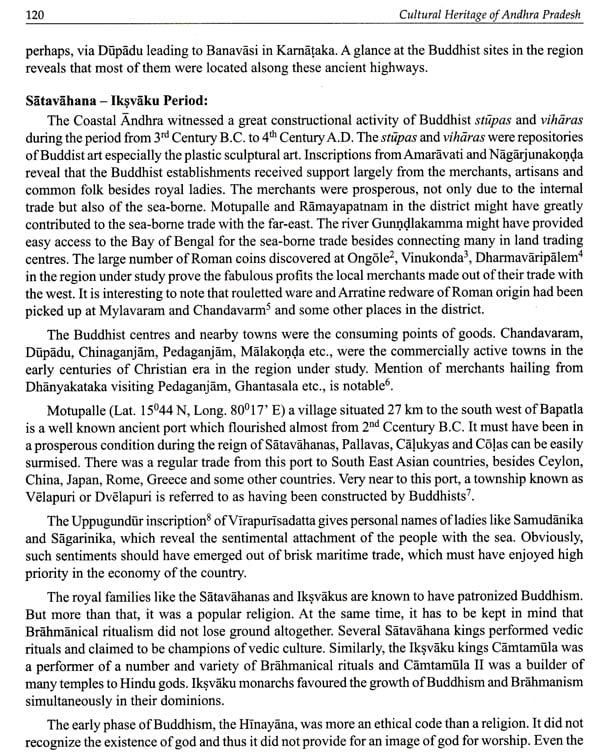 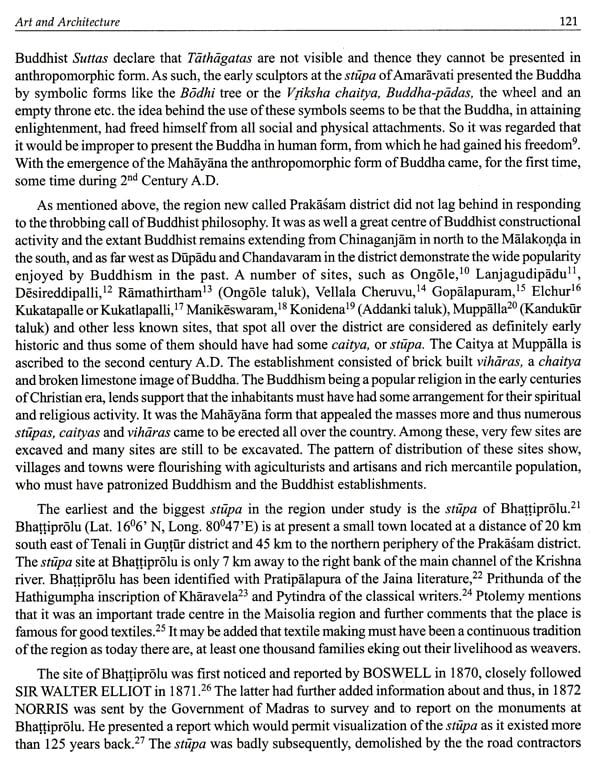 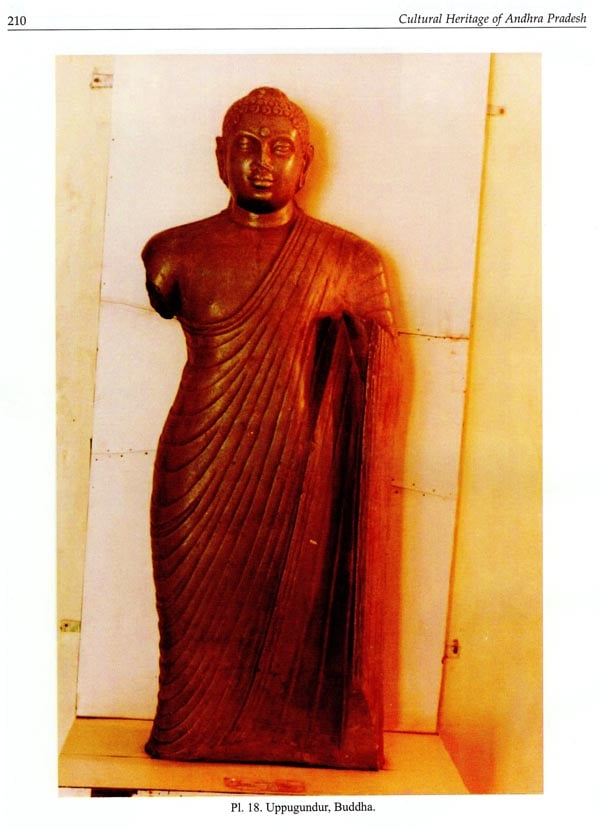 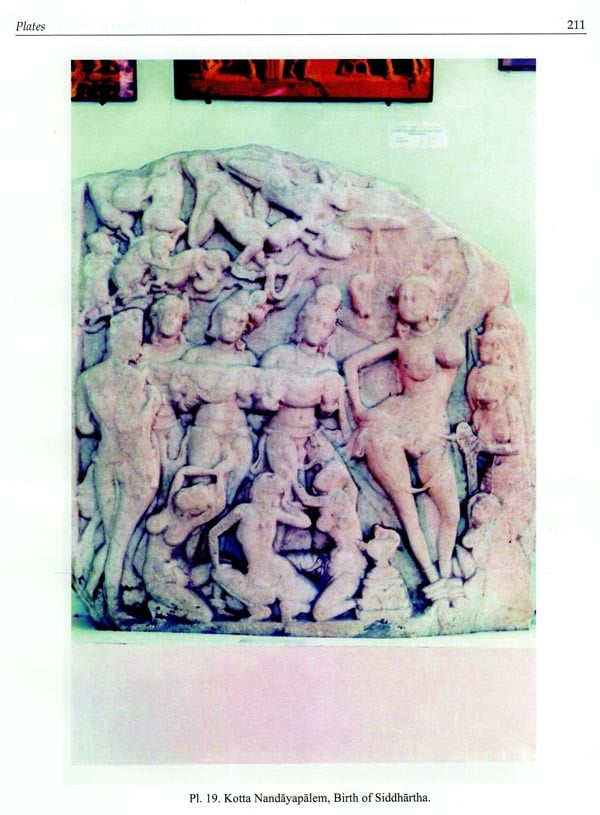 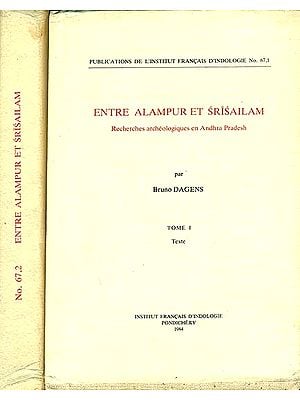 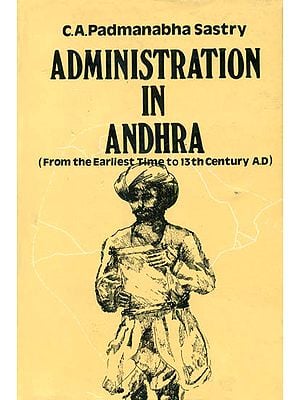 The Essential Andhra Cookbook (with Hyderabadi and Telengana Specialities)
By Bilkees I. Latif
$37
FREE Delivery 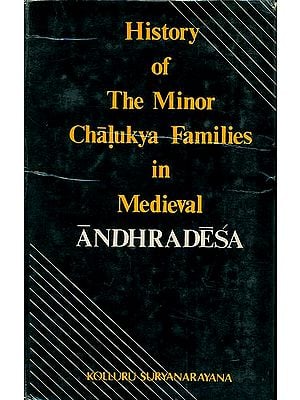 History of The Minor Chalukya Families in Medieval Andhradesa (An Old and Rare Book)
By Kolluru Suryanarayana
$41.60
FREE Delivery
$52  (20% off)

Politics As Performance (A Social History of the Telugu Cinema)
By S.V. Sriniwas
$62
FREE Delivery 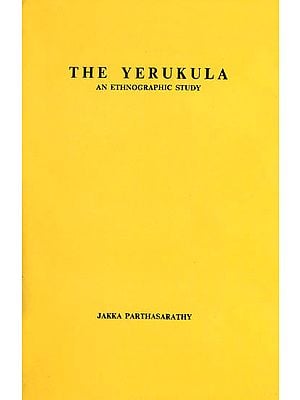 The Yerukula An Ethnographic Study: A Rare Book
By Jakka Parthasarathy
$33
FREE Delivery 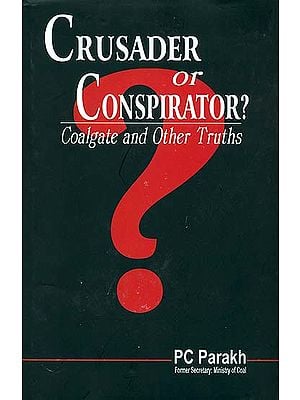 The Writings of Pamela Price (State, Politics, and Cultures in Modern South India)
By Pamela Price
$27.60
FREE Delivery
$46  (40% off) 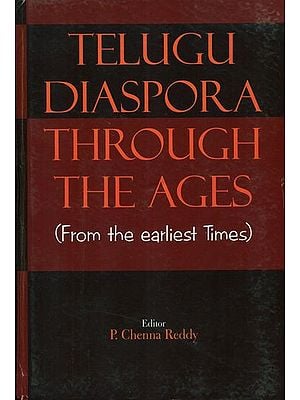 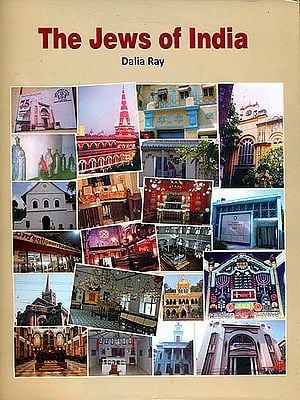