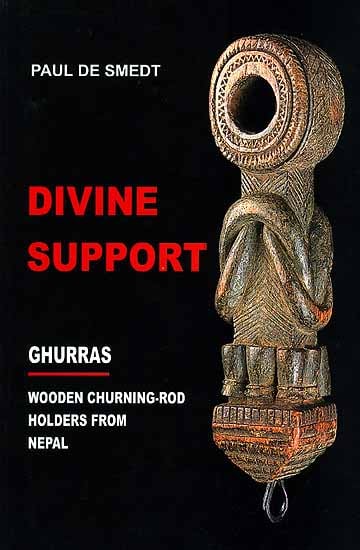 The author, Paul de Smedt, is an industrial engineer E. M. born in Sint- Niklaas (Belgium) in 1927. during his professional career he was involved as technical director in a company specialised in the production of building materials.

He has a deep interest in art and culture, particularly of Africa, Sri Lanka (demon- dancing and Sanni-masks), Meso-America, Japanese woodblock- prints and Nepal. He is a leading member of different ethnographic associations.

In this unique book the author explores the traditional use of wooden churning-rod holders known in Nepal as ghurras. He puts forward a system of classification in order to build up a symbolic interpretation of the ghurras. He 'lifts up the tip of a wonderful veil' so that we can gain a glimpse into the fundamental meaning of these beautiful artifacts. It is a symbolism that is rooted in distant religious and folk traditions.

These anthropomorphic sculpted objects are used to guide the churning-rod during the churning of milk in order to produce butter. Their sculptural motifs are derived from the holy paraphernalia of Hinduism, Buddhism and Tantricism.

In the way, ghurras can be identified as the karma of ordinary hill people. Their lives slowly evaporating under the burning sun, their souls finally diffusing into the open air of the breathtaking Himalayas: the abode of their gods.

August 1991: for the first time in my life I came across this fascinating wooden object on a stall at the 'Grote zavel' antique market in Brussels. I was deeply impressed by it subtle sculpture, which was distinctly anthropomorphic in character. It magnificent patina gleamed in the sunlight. Moreover, the sculpture emanated a smell of rancid butter and milk. The stallholder informed me that it was known as a netti or nettle and had been collected in Nepal. He could tell me nothing specific about the function or meaning of the object expect that it was perhaps an amulet or had something to do with milk or butter.

It was then that my search began to find the real meaning of this wonderful object, which I felt had it roots in distant religious or folk traditions. I tried to built up a collection of these items in order to give my investigation a sound statistical basis. It was the beginning of a passionate and fascinating cultural adventure. During a visit at the Rietberg museum in Zurich I was kindly assisted by Prof. Bar and found a publication, issued by a parisian gallery called 'Le toit du monde' which provided some information on the matter.

During my successive trips to Nepal in 1996, 1997 and 1998 I made many mountain excursions along with my friends Sukre Ale, Dawa, Surendra, Krisna, Kazi, my grand daughter Sara and my wife Maria. These excursions allowed us to explore the hilly countryside around Kathmandu, Pokhara, Sirubari, Tansen and Gorkha and gave us the opportunity to establish contact with elderly Nepalese farmers and herdsmen from various different tribes castes.

From our conversations with them, we could conclude with certainty that almost every tribe and caste make wooden churning- rod holders, each of them in their own specific symbolic way. Of course, there are cases of eclecticism in transition areas or as a consequence of migrations. This fact however, explains the rich variety of design of these objects, although they do possess a surprising unity in form due to their anthropomorphic shape and mythological symbolism.

I is very difficult to define a churning- rod holder from a formal point of view. Hey are known b different names, depending upon the tribe or caste concerned: tar, tara, nethi, ghurra, ghurlu, ghorlo, loti, neti, netti. In the innumerable art and craft shops spread throughout Kathmandu, he are mosl known as neti or ghurra. He use of he term neti can be explained in a figurative sense.

As a matter of fact, there are two methods of churning milk common to the region. In the first method, a churning- rod is moved up and down to agitate he milk (dahi). This method is mainly used in the north-eastern areas of the Himalayas.

I had the opportunity to meet a mokta (Buddhist Tamang priest) at Nagarkot who uses this method. He had two sets of churning equipment, depending upon he quantity of milk available. For a small amount (5-10 1) he used a wooden vessel (dhungro) of about 12cm in diameter and 80cm in height. The vessel is sealed at the top by means of a wooden cover (dhakan) which has a hole in its centre to guide the churning- rod (pangra).

The wooden churning-rod comprises a vertical stick with a wooden disk fixed to its lower end, its diameter being almost 2cm less than the inner diameter of the churning vessel. The milk (dahi) is churned by moving the churning-rod up and down (see photo 1 p. 41). 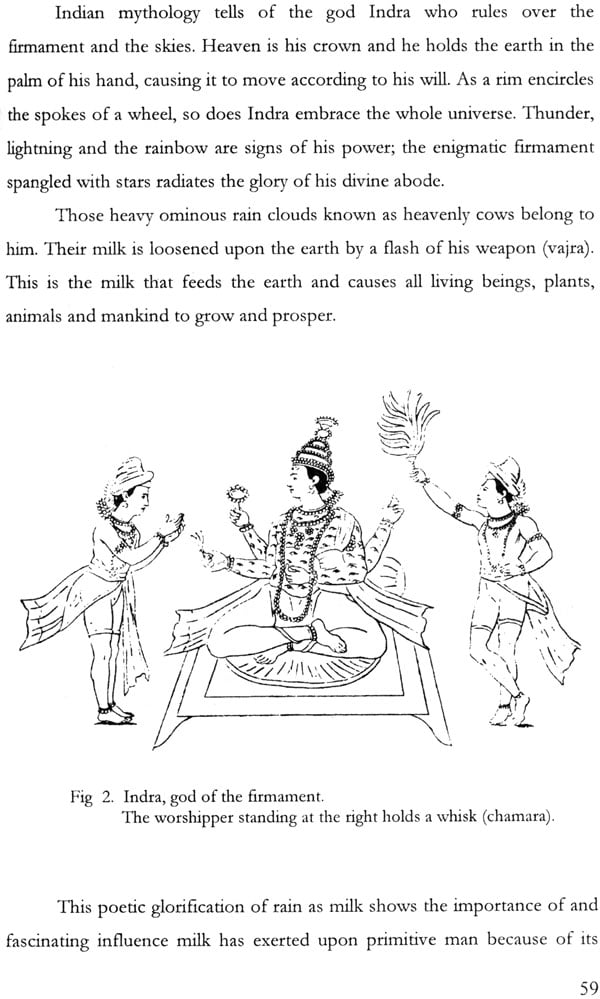 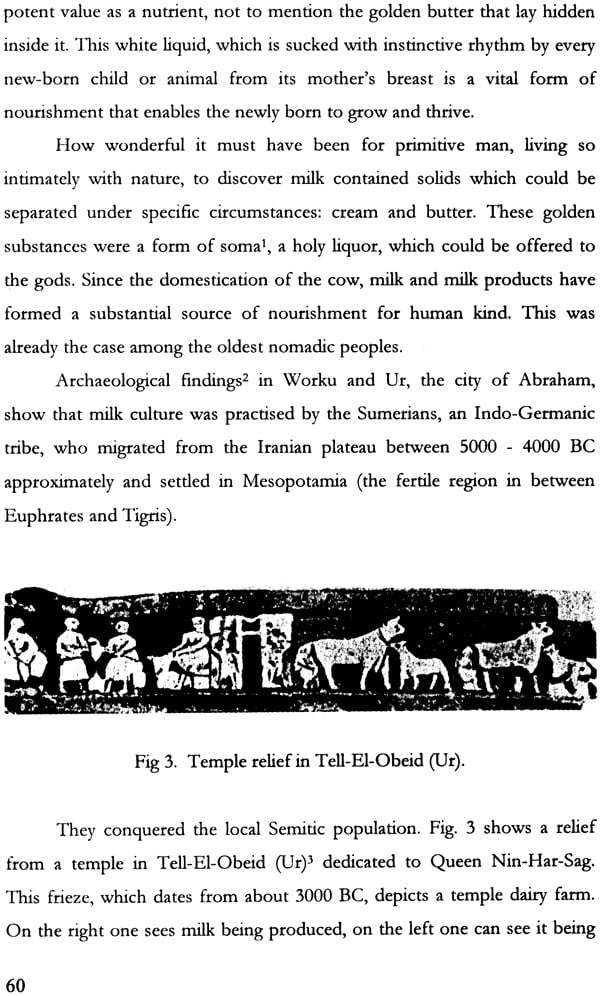 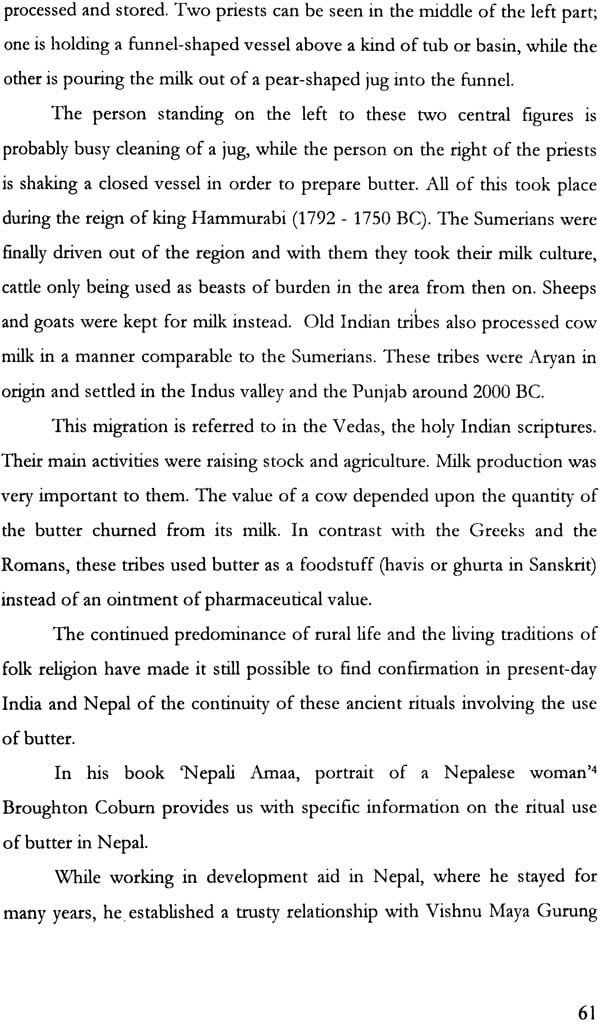 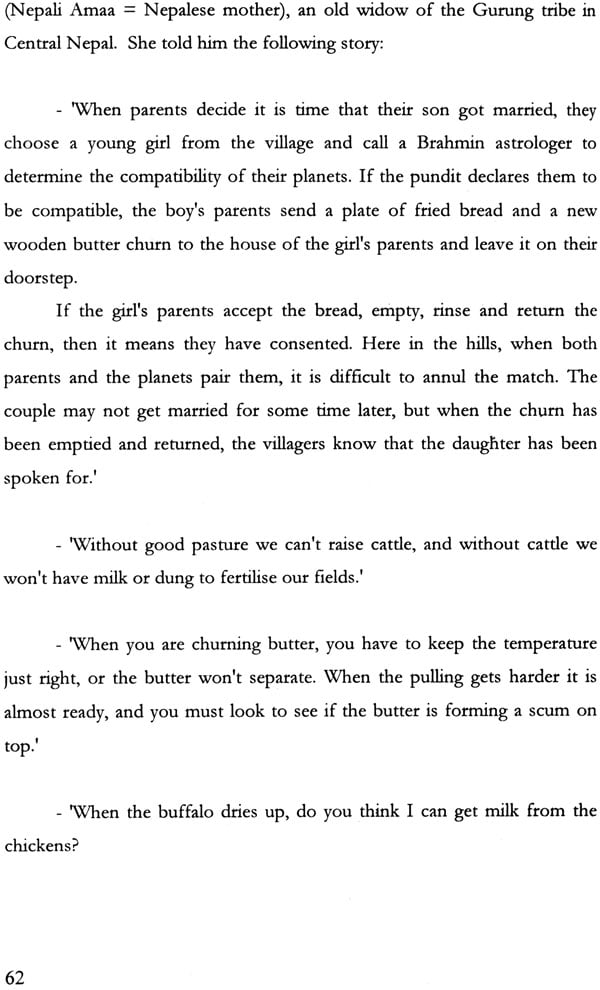 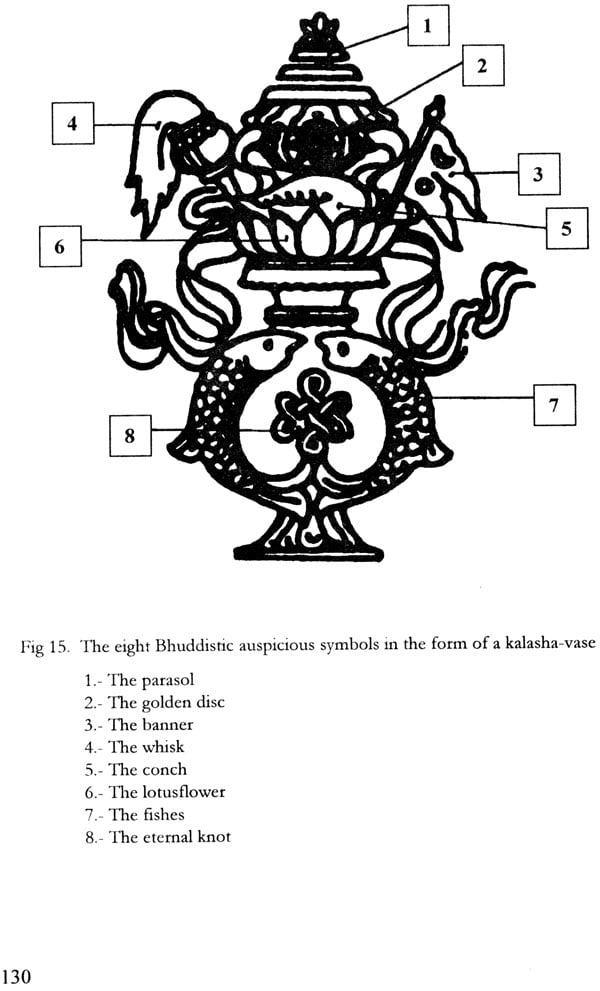 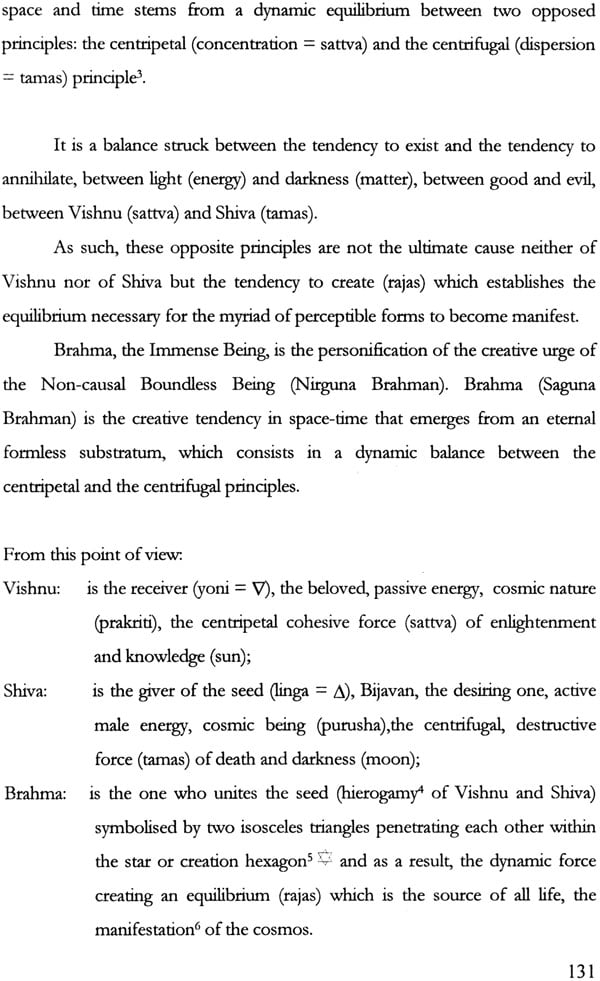 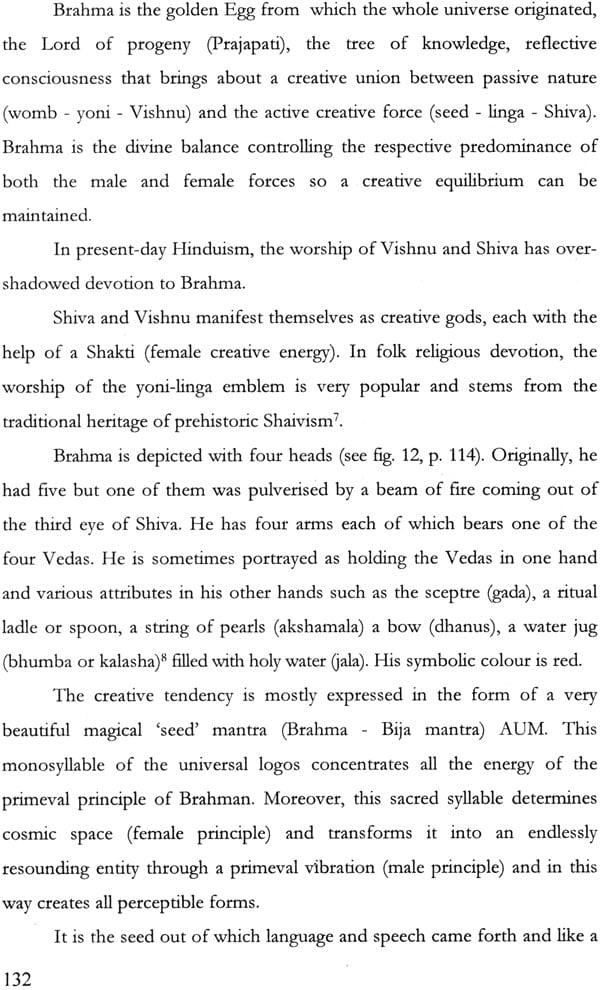 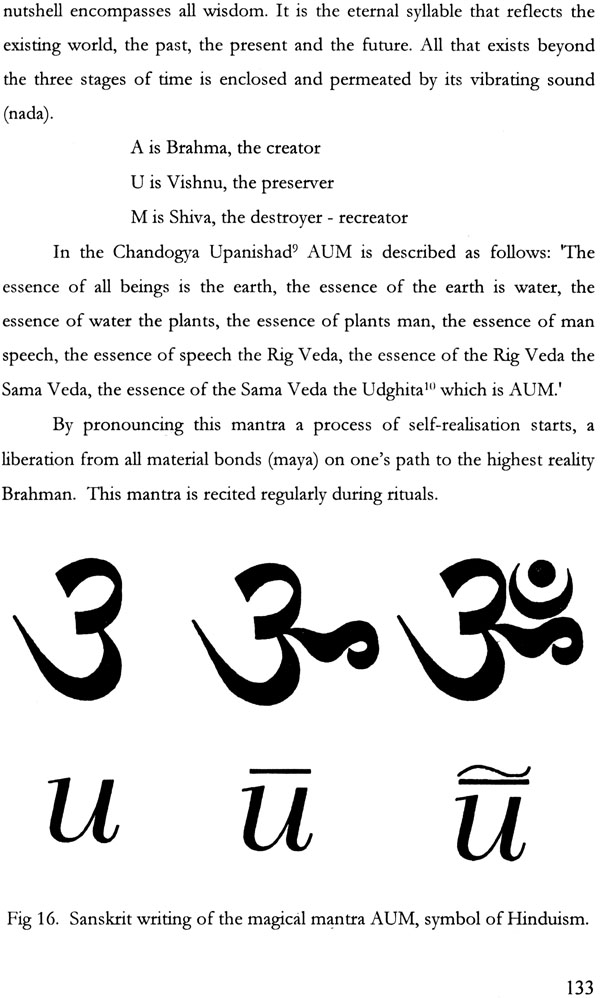 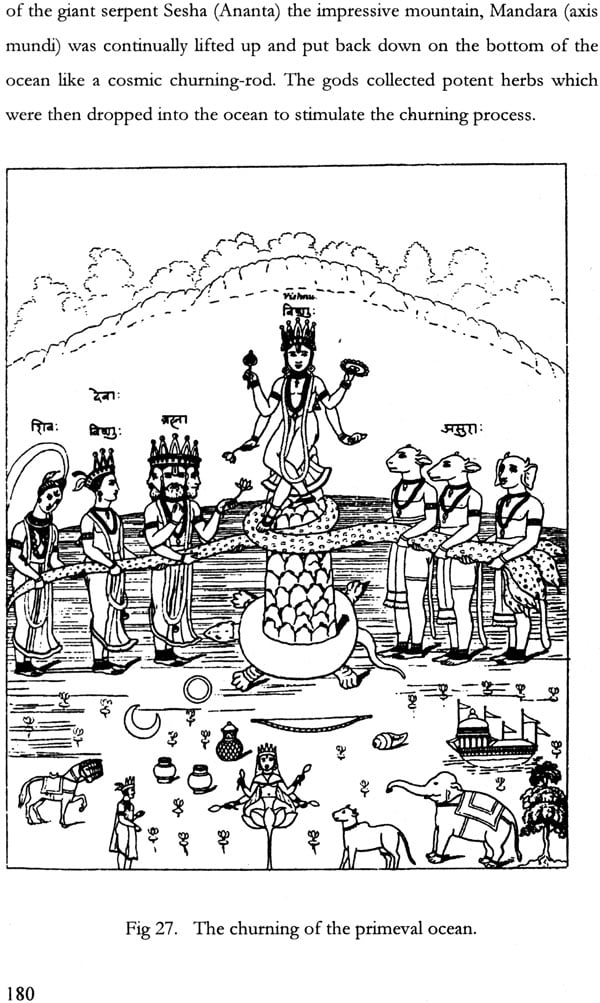 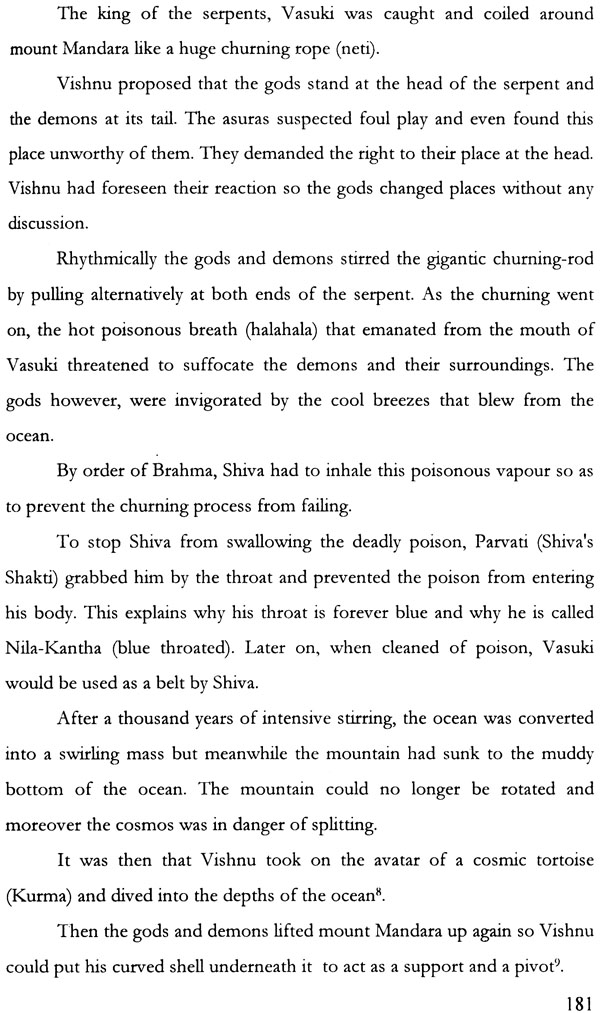 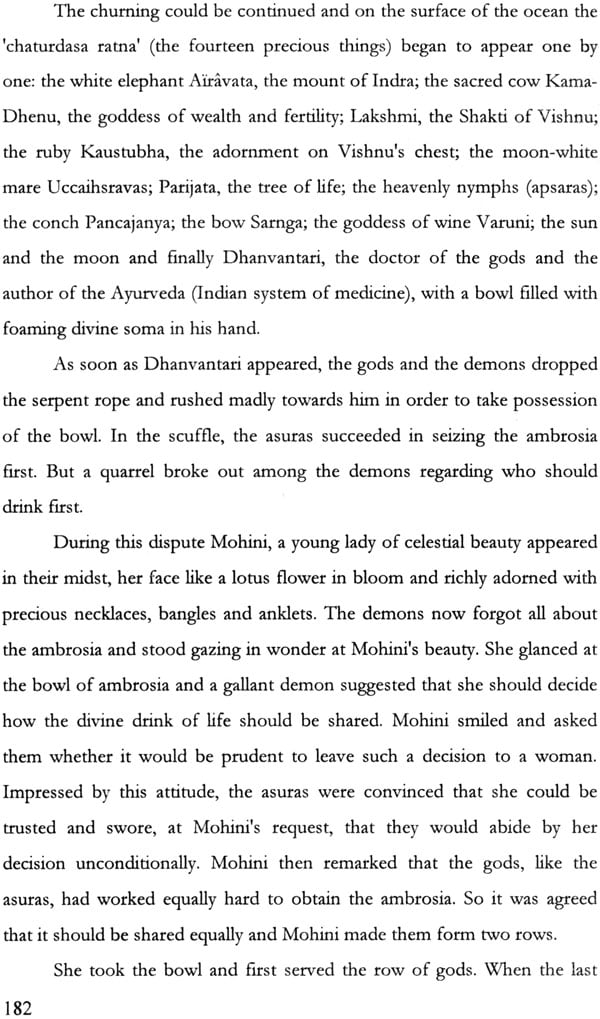 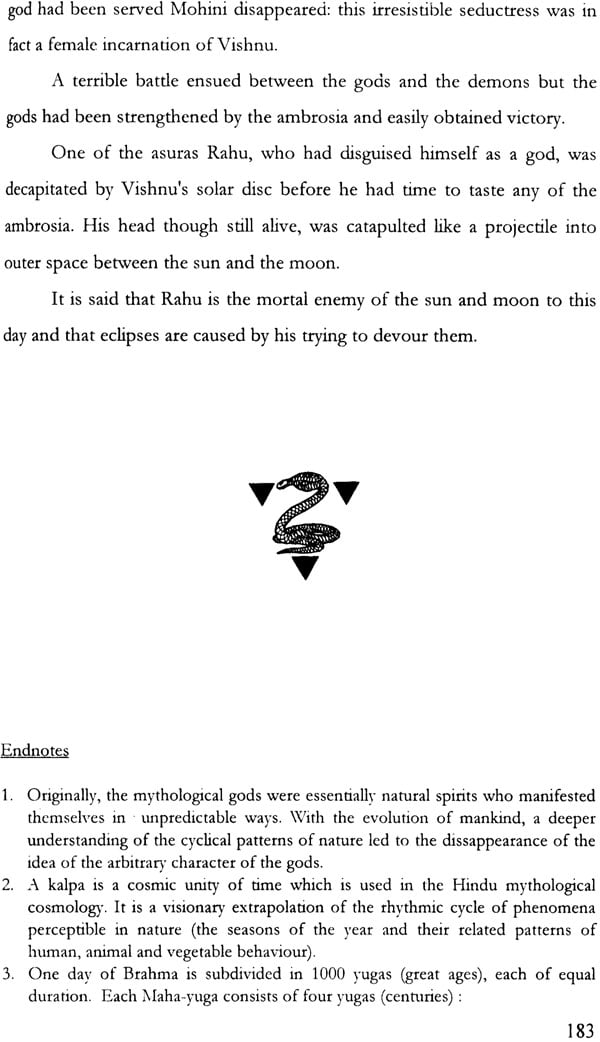 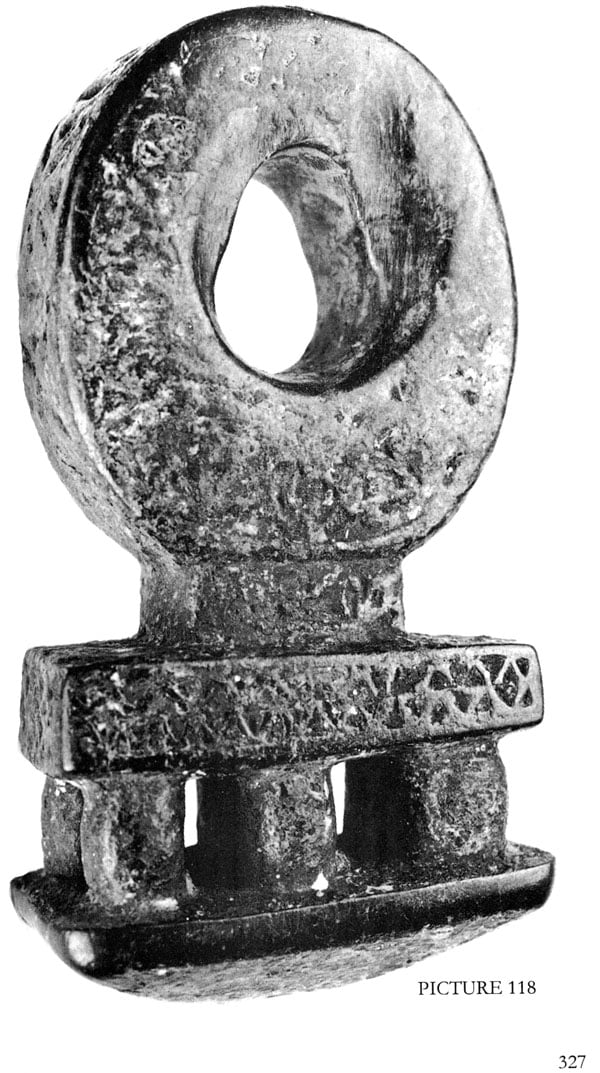 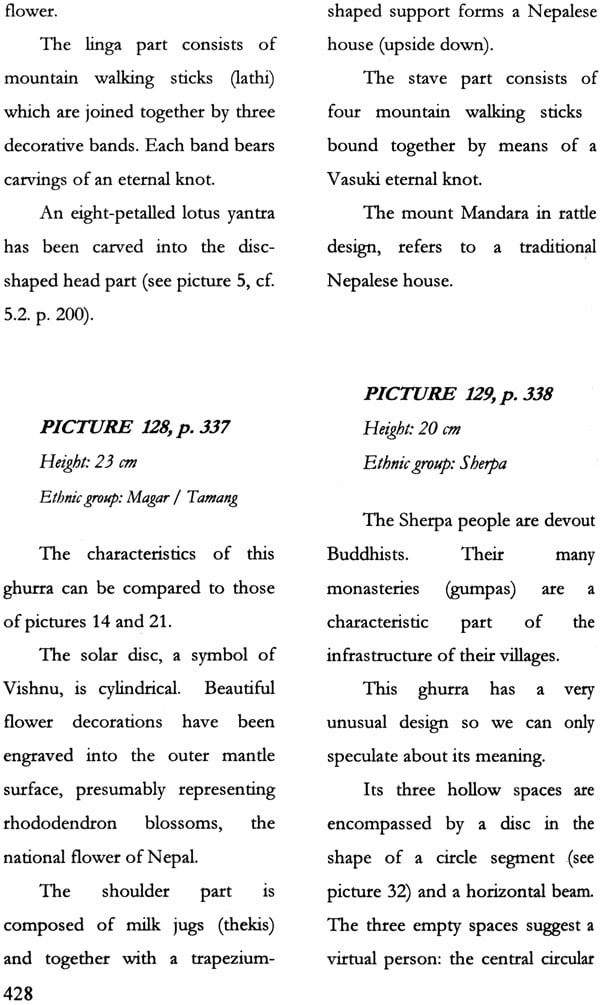 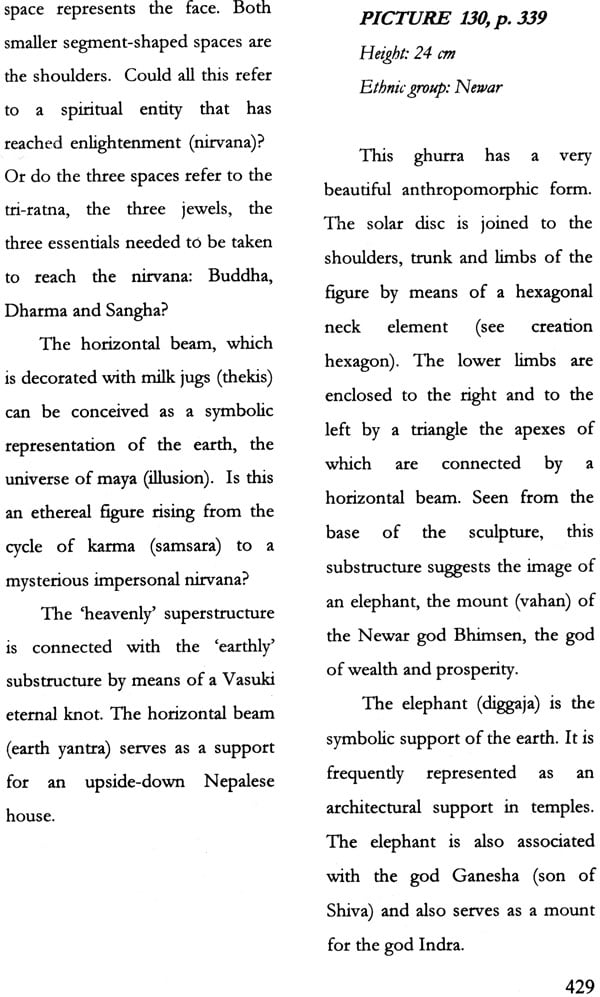 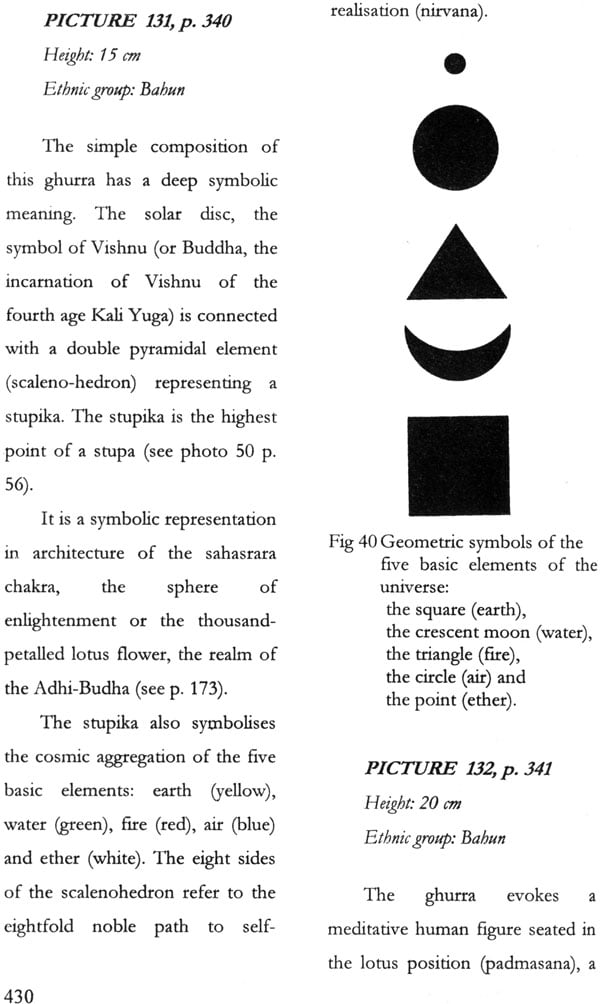 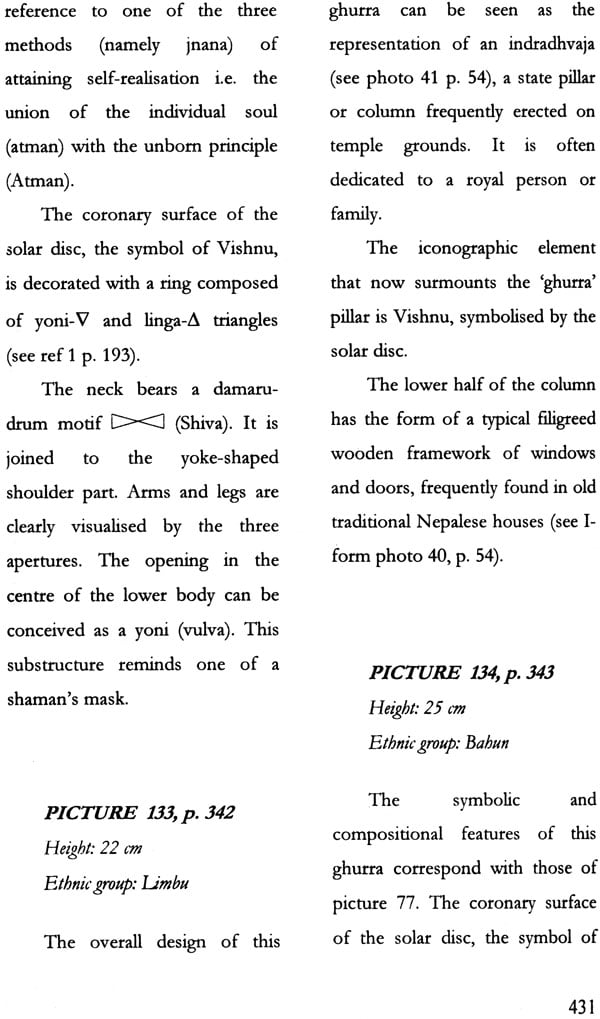