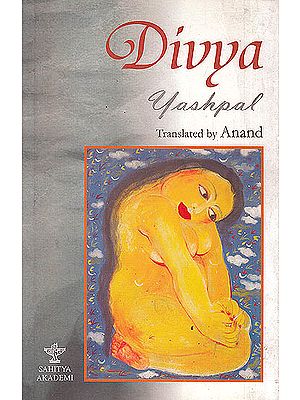 Divya is the story of a young woman’s struggle to lead her own life. Her story is told against a background of the conflict for supremacy between Hindu and Buddhist ideologies in India in the 1st century B.C. In that era, after Alexander the Great’s invasion of Northern India. there was widespread mingling of Indian and Greek cultures.

Since its publication sixty years ago, Divya has had a chequered history, not dissimilar to the tumultuous story of its eponymous heroine. Assertions by Divya such as “the mistress of a noble family is not a free woman, she is not independent like a disreputable courtesan” outraged many of Yashpal’s contemporaries. But a core of young critics and scholars of successive generations continued to stand—and even swear—by Divya’s yearning for independence when she decides to be a prostitute, so as to be a free woman and have ownership rights over her body. The importance of the novel and its impact on Hindi literature was widely acknowledged, and forcefully and unequivocally expressed, in the course of the reassessment of the author’s work during his centenary celebrations.

Ancient India comes alive in all its glory and vigour in Divya, hailed as one of the great historical novels of Hindi language. The novel was called, as in the case of the author’s later works, “ahead of its time”. It is often prescribed as a text for advanced and postgraduate study of the Hindi literature and language. Divya has been translated into all major languages of India, and into Russian and Czech.

If Premchand towered over all other writers in the Hindi literary world in the first half of twentieth century, Yashpal (1903-1976) is considered to be the dominant figure of the second half.

Yashpal began to write while serving a life :e for his participation, as a comrade of it Singh and Chandrashekhar Azad, in the aimed struggle for India’s independence. These writings formed his first collection of short stories Pinjare ki Udan (Flight of the Caged Imagination) published in 1938. After his release he dazzled Hindi readers first with the success of the pioneering political journal viplava (Revolution), founded and published with help from Prakashvati, his revolutionary comrade, whom he had married while prison. Then came short stories, novels and socio-political essays that prompted the eminent Hindi poet, Mahadevi Varma, to comment: “When other writers were praying to Saraswati, the muse of literature, .for her blessing, Yashpal was making bombs in a dark., secret cellar. When he arrived on the literary scene much behind others, it was him that Saraswati gave her undivided attention.”

Yashpal’s more than fifty books of short stories, novels, essays, a play and the memoirs of his revolutionary days earned him., for his outspokenness, the wrath of the establishment on one hand, and threats to his life from orthodox Hindus, on the other. He died in 1976 while writing the fourth volume of his reminiscences.

Anand has translated Divya and Jhootha Sach, two of Yashpal’s major novels, into English as well as the short stories of Yashpal into English and French. also translated Canadian writers Alice Munro, Mordecai Richler and Hugh MacLennan into Hindi. He lives in North America, with one foot in India.

The basis for Divya is history, but history coloured by imagination. It is an endeavour to portray the motives of man and the dynamics of his world. I have attempted, as a literary experiment, to add realism to a fictional tale played out against a historical background. That this portrayal may contain errors is entirely possible. We do not have extensive knowledge of that period of history, nor can I lay claim to any store of scholarly learning. I, therefore, approached the historical setting with an imagination restrained by an awareness of my shortcomings, but impelled by my fascination with this classical period of the history of India. This may not be acceptable to knowledgeable readers, who may be turned off by any resulting inaccuracies.

We study and analyse our past with the idea of learning about our future. In spite of our failings in the present, we find clues to our capabilities in our past. History does not repeat itself as individual incidents. History means change, but individual and collective striving for survival and progress has always been present in the sequence of change; it is the moving force behind, all change.

The study of history analyses the creative urges of an individual and his society as circumstances change. Human beings not only change their existing circumstances, they also strive to create new circumstances. Just as man changes his natural and material conditions, so he creates his social conditions.

History is not a matter of belief, but of analysis. History is the self-examination by man of his past. As fresh water flows in a river every moment, but does not change the nature and the name of the river, in the same way a people does not change because of the changes brought about by the process of life and death, and social organizations. From their collective creative forces and their past attempts to alter their circumstances, they learn to resolve the present and find inspiration to create the future.

From efforts made by man to learn from the analysis of history, the most spectacular truth to emerge was that man is a creator and not a creation. The world is man’s creation. Our own sages realized this when they said: Nothing is greater than man.

I am painfully conscious of the lack of depth in my knowledge of history. If I had not received generous help from Shri Vasudev Sharan Agarwal, Ph.D., Director, Lucknow Museum; Shri Moti Chand, Ph.D., Head of Archeology, the Prince of Wales Museum, Bombay, and Shri Bhagwat Sharan Upadhyaya, this book probably would have been full of unforgivable errors. I am also obliged to Bhadant Bhodhanand, senior monk of the Buddha Vihar in Lucknow, through whose kindness I was able to learn about the religious practices of Buddhism.

A visit to the caves of Ajanta and Ellora was especially helpful in understanding the dress, mannerisms and the intellectual climate of the Buddhist period in our history. Art lovers of the world will forever be indebted to the artists and sculptors of Ajanta and Ellora, but I am further indebted to my friend, Dr. Prem La! Sah, for the opportunity of studying this artwork. For several years I had been planning to visit these caves, but I had felt discouraged and reluctant because of the difficult conditions of the times. The good Doctor dragged me along to see them, and this was the catalyst that gave final shape to the ideas in my mind. .

I am most grateful to the source of my inspirations, my readership, without whom no art or literature can be created.

It is a happy coincidence that the English translation of Divya, after a considerable delay, passes into the hands of the readers in the year following the celebration of Yashpal’s centenary.

When Yashpal wrote Divya in 1945, he had already published two novels, five collections of short stories, two collections of socio-economic essays, a book on the basic tenets of Marxism, and one of his best-known works Gandhivaad ki Shav-pariksha (Post-mortem on Gandhism). It was an impressive performance for a writer whose first book had been published only seven years previously, and even more creditable for someone who had been released from prison in 1938 after serving seven years of a life sentence. Yashpal’s creative spirit, cramped by the constraints of his detention for his role in the revolutionary movement to oust the British from India, was clearly ready to spread its wings. Viplava, the pioneering Hindi political monthly journal that he launched with his wife Prakashvati within months after his release, received an unprecedented welcome.

All of Yashpal’s published work up to the writing of Divya had dealt with contemporary social, economic and political issues. The literature of social reform and social protest in Hindi had found a worthy advocate in the author, who wielded a sledgehammer when writing about the exploited and the economically deprived. Therefore, when Yashpal began writing Divya, one of his motives may well have been to write about a different world, that of the remote past, a world away from the one he had been facing in his seven-year writing career. Although the world he had chosen to write about in Divya was perhaps not greatly different from the society in which he lived in terms of conflict, strife and oppression, he was free to exercise his imagination in its portrayal, and not simply to limit himself to the realities of contemporary society.

Yashpal was fascinated by that period in the history of ancient India known as the Classical Age. In each of his sixteen collections of short stories, there is at least one tale about that era, in a language and style similar to that of Divya. Yashpal’s second novel based on historical imaginings, Amita (1956) is about Ashoka the Great’s conquest of Kalinga circa 260 BC, the conqueror’s change of heart and his subsequent conversion to Buddhism. The novella Apsara ka Shap (1965), a retelling of Kalidasa’s Shakuntala, is a tale from the Epic Age (c900—520 BC).

Since its publication sixty years ago, Divya has had a chequered history, not dissimilar to the tumultuous story of its eponymous heroine. Assertions by Divya such as “the mistress of a noble family is not a free woman; she is not independent like a disreputable courtesan” outraged many of Yashpal’s contemporaries. Others tried to ignore it because they felt that a story about India’s so-called Golden Age could not be considered ‘literature’ if it expounded an unacceptable political ideology. Fortunately, a core of young critics and scholars of successive generations has continued to stand — and even swear — by Divya’s yearning for independence when she decides to be a prostitute, so as to be a free woman and have ownership rights over her body. Such thinking was clearly behind the general acknowledgement of the novel’s importance and of its impact on Hindi literature that has often been expressed, forcefully and unequivocally, in the course of the reassessment of the author’s work during his centenary celebrations.

This translation, too, has a chequered history. Although the final draft was ready by 1988, the manuscript languished with literary agents in North America for several years, including one in Hollywood who, in the wake of the success of various television mini-series on the Orient in the eighties, took an option on Divya with a view to marketing it in the media as a similar US production. It also survived suggestions by two publishers to rewrite Divya’s story in a less literary language so as to make it more accessible to the average reader, until the present publisher rescued it from further inattention.

I acknowledge my indebtedness to Bernard Queenan for his valuable assistance in the work of editing this translation and in retaining the classical flavour of Yashpal’s highly literary Hindi. Bernard’s versatility, flair for phrasing and mastery of idiomatic English underlined his insistence upon the comprehensibility of the final text, and saved this translation from being — to borrow a phrase from Yashpal’s foreword — unforgivably full of errors. 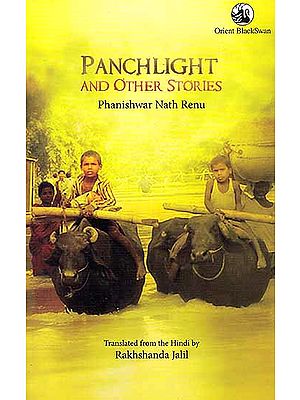 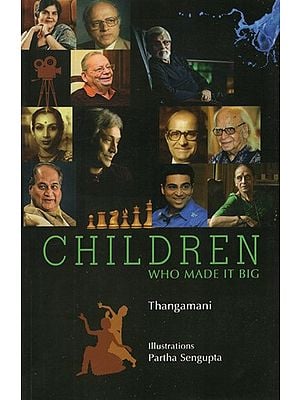