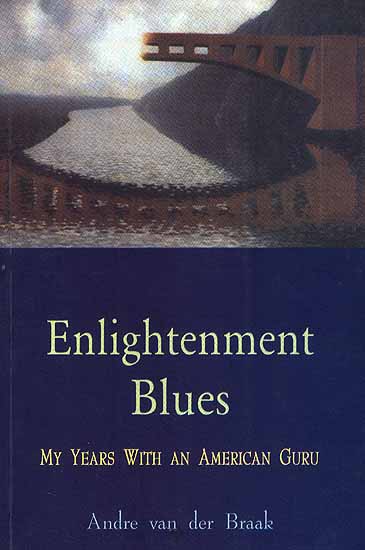 23 years in business
Back Of The Book

"Narrated with the psychological subtlety and drama of a good novel, Enlightenment Blues is a precise, profound dissection of the guru-devotee relationship. It should be required reading for all who are currently engaged in or considering studying under a spiritual teacher."

"Enlightenment Blue is the account o a young man's sincere and protracted struggle to transform his life according to the teachings of the American guru Andrew Cohen, Ruthlessly honest and unsettling, Andre van der Braak gives a vivid first-hand account of an uncompromising experiment in establishing Indian spirituality in a modern Western setting. This story is essential reading for anyone seeking to understand the allure and pitfalls of surrendering one's authority in the hope of spiritually transforming the world.

"The maturity and balance of this book place it in the front rank of works of contemporary spirituality. All the major themes of the spiritual quest are here-reason versus emotion, the problem of the ego, the guru, self-doubt, the place of altered states. Andre van der Braak has the creative gift of being able to hold opposing ideas in his mind without moving towards premature closure. Hence this hearfelt account is a beautifuldeserves the widest readership. A profound contribution."

Enlightenment Blues is Andre van der Braak's compelling account of his relationship with a prominent spiritual teacher. It chroniches the author's spiritual journey and disenchantment, as well as the development of a missionary and controversial community around the teacher. It powerfully exposes the problems and necessities of disentanglement from a spiritual path.

Andre van der Braak lived in Andrew Cohen's spiritual community for 11 years, an involvement initiated shortly after Cohen had begun teaching. He was one of the original editors for What is Enlightenment? Magazine. He was also an editor for Cohen's first teaching text, Enlightenment is a Secret, which entailed reading over 4,000 pages of transcribed talks, and editing them into book form.

Today, he lives in Amsterdam where he teaches philosophy.

All religions point to the same transpersonal truth. The realization of this truth is often indicated by the term 'enlightenment'

Over the centuries many kinds of approaches have been devised to gain access to that larger truth. One thing they almost all have in common is the need to submit to a spiritual guide or teacher. This is deemed necessary because most of us are too caught up in our conditioning to find our own way out of it. Consequently for the teacher to be effective, the student must trust him or her very deeply.

A profusion of such minded spiritual communities exploded onto the scene during the Sixties and Seventies. As the churches in the West emptied out, the holy sites in the East filled up with westerners hungry for spiritual experiences. A spiritual renaissance was in the air. Westerners enrobed as Buddhist monks, visited ashrams to study yoga, and became followers of westernized Eastern teachers such as Bhagwan Rajneesh, Chogyam Trungpa Rinpoche, Suzuki Roshi, or Swami Muktananda. Enlightenment seemed at hand.

At the time when my story begins, around the late eighties, the atmosphere had changed. The new goddess Enlightenment was not so easily won. Some of the original enthusiasm had given way to doubt and uncertainty. Buddhist monks disrobed and became meditation teachers in the West. They experimented with psychotherapy, romantic relationship as a spiritual path, and spirituality in daily life. The grandiose ambitions of before were scaled down to more realistic proportions. After the ecstasy, the laundry-as one book title puts it.

Apart from the elusive nature of enlightenment there was another disturbing development. Enlightened spiritual teachers had become embroiled in public scandals, usually related to sex, money or power. This left many dedicated spiritual seekers disappointed and disillusioned. Either enlightenment was not to be attained, or if it was attained, it did not turn people into decent humans. There was a general sense of crisis and confusion.

In came Andrew Cohen, a fresh young American boy, next-door who had apparently managed to woo the ever-elusive Enlightenment. In 1986, after having tried many approaches, Andrew went to see an obscure Indian guru, H. W. L. Poonja, a disciple of the famous sage Ramana Maharshi. After a few conversation, the inconceivable happened. Enlightenment descended upon Andres. In some mysterious way, Andrew had spontaneously morphed from an insecure thirty-year-old into a charismatic spiritual teacher with a silver tongue, exuding great clarity and a mystical presence. Suddenly Andrew was irresistible, and wherever he went people wanted to be around him, and hang onto his every word. He seemed to possess an uncanny ability to transmit a deep glimpse of enlightenment, inspiring people to leave everything behind and become his disciples. Thousands of people still full of hope and longing flocked to see him.

When Andrew came to Amsterdam in 1987, I went to see him, Meeting Andrew was a revelation for me. I felt, like so many others around me, that finally I had understood what enlightenment was, not as a theory but as a living actuality. Those of us drawn to Andrew were also drawn to each other. We were united by a deep love for a surrender to Andrew. We saw ourselves as the latest manifestation of an age-old phenomenon, like Christ and his disciples, stirring up the religious (in this case Buddhist) establishment. We saw Andrew as a "fisher of men" who told us to "let the dead bury the dead." We were sure that Andrew's revolution would take the spiritual world by storm.

FREEING THE BUDDHA: Diversity on a Sacred Path - Large Scale Concerns (A Course on major aspects of Buddhism plus a dangerous collection of essays)
By Brian Ruhe
$33.75
FREE Delivery
$45  (25% off)

Renunciation (A Contemplation of Samnyasa - Then and Now)
By Swami Nityamuktananda Saraswati
$17.25
FREE Delivery
$23  (25% off)
Add a review
Have A Question