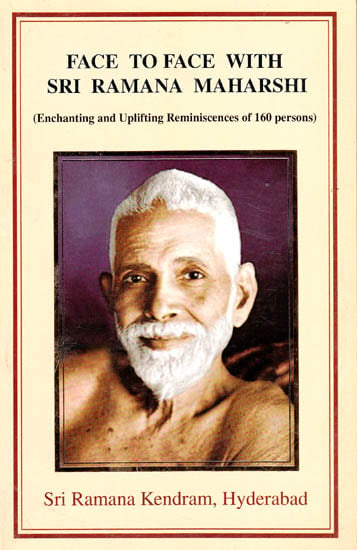 The book presents a varied collection of inspiring and spiritually-elevating accounts by 160 persons, including 28 foreigners from across the globe, who visited / interacted with Sri Ramana Maharshi (1879-1950) or had an opportunity to serve / live with him. Each contribution is singular and sheds invaluable light on the uniqueness of the Maharshi.

Many write-ups in the book bring out the Maharshi as a perfect being, notwithstanding the overpowering and debilitating vritris (tendencies) inherent in human beings. His attributes as recorded in the text make us feel that the jivanmukta (emancipated while yet in the physical body) and the sthitaprajna (a person of stead fast wisdom) as envisioned in our scriptures, are not mere concepts but the reality authenticated by the Maharshi.

The encomiums bestowed upon the Maharshi by the chroniclers make the reader recall Einstein’s historic tribute to Mahatma Gandhi; "Generations to come will scarce believe that such a one as this ever in flesh and blood walked upon this earth."

The pages that follow contain first-hand experiences of a hundred and sixty (160) individuals, including twenty eight foreigners from across the globe, who visited / interacted with Sri Ramana Maharshi ((1879-1950). Some of these persons also had an opportunity to serve / live with him. The book provides a comprehensive, not exhaustive, record of such experiences. The figure 160 is the extent to which we could go!

The number of beneficiaries of the Maharshi’s grace while he was in the mortal frame is very large, but the limitation as usual was lack of inclination and inspiration of the individuals to record the event. We are indeed grateful to the chroniclers for leaving behind a record of experiences of their visits / stay at the Ashram.

The reminiscences tell us about the Maharshi’s philosophy, his teachings and his love for all living beings, including animals and plants. They reveal how sincere aspirants felt the impact of the irresistible light of the Maharshi’s eyes which penetrated their inner being, and also how the peace and bliss got transmitted through celestial vibrations released by the Maharshi’s presence.

Many write-ups in the book bring out the Maharshi as a perfect being, notwithstanding the overpowering and debilitating vrittis (tendencies) inherent in human beings. This is indeed unique, as even our avatars could not always transcend the constraints of their physical form. Many descriptions in the text make us feel that the jivanmukta (emancipated while yet in the physical body) and the sthitaprajna (a person of steadfast wisdom) as environed in our scriptures, are not mere concepts but the reality authenticated by the Maharshi.

The encomiums showered upon the Maharshi by the contributors make the reader recall Einstein’s historic tribute to Mahatma Gandhi:" Generations to come will scarce believe that such a one as this ever in flesh and blood walked upon this earth." The reader of these pages will discover that spirituality is not something vague and uncertain but substantial and proven as got manifested in the Maharshi.

The text offers an insight into the myriad dimensions of the life at the Maharshi’s ashrams on the Arunachala hill and in its vicinity. It also helps us to understand the Maharshi’s philosophy, which is to achieve Self-realisation through persistent and intensive introspection on the basic question - Who am I? It is essentially the same approach as enunciated by celebrated Greek philosopher Socrates (469-399 B.C.) — "Man know thyself’. The unexamined life is not worth living."

The reminiscences presented here have no particular order and are independent of each other. They begin with the chronicler’s brief biographical sketch, which sounds limited in many cases due to lack of information. This is because many devotees have chosen the tradition of underplaying the self.

The views and experiences of the chroniclers have at places been edited to make the presentation incisive and precise.

Some sentences in the text signifying the exalted state of the Maharshi are in bold face, at our instance. The word ‘Ashram’ when it refers to Sri Ramanasramam, is with capital ‘A’.

Many chroniclers have reverently referred to Sri Ramana as Bhagavan, the title by which he was widely known during his life time. Some authors have also used capital letters, e. g., He or His, while referring to the Maharshi.

The text is almost wholly based on the publications of Sri Ramanasramam, Tiruvannamalai; Ramana Maharshi Centre for Learning, Bangalore; and David Godman’s three—part The Power Of The Presence — Transforming Encounters with Sri Ramana Maharshi. We feel deeply indebted to these sources for their permission to use the material.

References of the Sources of Material Used at the end furnish details of source in each case. Glossary is intended to explain non-English, italicized words. It also contains brief notes on important Sanskrit and Tamil works referred to in the text.

Highlights of 160 Contributions provide a broad feel of the coverage under each entry. This is followed by Alphabetical List of Contributors. Index is preceded by a collection of Accolades Showered upon Sri Ramana, which seem to defy all laudations and extolments. I am grateful to Padma Vibhushan awardee Sri T.N. Chaturvedi, Governor of Karnataka and formerly Comptroller and Auditor-General of India, for acceding to my request to write the Foreword. I am thankful to Dr V. Ramadas Murthy for his meticulous proof reading and to Smt. Lalitha Krithivasan Sri V. Krithivasan, Sri N.S. Ramamohan, Sri P.S. Sundaram, Sri C.R.P Setty, Prof. Shiv K. Kumar, Prof. M. Sivaramakrishnam, Sri David Godman, Sri J. Jayaraman, Dr. Sushma Narayan and others for their help in the preparation of this book.

I sincerely thank Sri N.S. Ramamohan and Smt. Uma Sudhakar Rayilla self effacing and sincere devotes of our Kendram, Sri Nrupender Rao, Chairman, Pennar Industries Ltd, Hyderabad and my daughter Dr. Sushma Narayan a paediatrician in Delhi for funding the production cost of the book. Thanks are due to them all the more because they would not have liked to identified.

The printing cost of the book is an offering to Sri Ramana by my former student Sri Vijay R. Raghavan of Sai Security printers Ltd. New Delhi who deserves my sincere thanks.

Sri Ramana Maharshi is one of the unique shining stars on the spiritual firmament of our country which is legitimately proud of its rich and variegated heritage as well as of its saints, seers and sages from times immemorial.

As a young boy in quest of self-realisation Ramana Maharshi arrived in Tiruvannainalai (Tamil Nadu) and lived on or near the sacred hill- Arunachala, for a continuous period of 54 years, till he left the body. He mostly kept silence but his silence was eloquent in that it attracted seekers from far and wide. He was looked upon by many as an incarnation of Lord Siva in the form of Dakshinamurthi. [See annexure-V, p.359.]

The Maharshi’s message is the summation and essence of the teachings of our ancient scriptures. The Maharshi’s luminous personality radiated serenity and provided solace to those who approached him. The doubts and skepticism of many would just vanish by the glow of his eyes. Always resting in the depths of his own inner self, his very glance will many times answer and resolve the questions that the visitors and devotees would have liked to ask.

The Maharshi was neither a philosopher nor a preacher but a realized soul. People of great distinction and knowledge have testified to it. His teachings, focused on the query "Who am I", are both simple and profound. They are largely contained in his pithy replies to the questions put before him or doubts expressed by the seekers.

Over the years Ramana literature, both biographical and philosophic al, has grown and is growing. The present book Face to Face with Sri Ramana Maharshi belongs to both categories. It contains the living testimony of those who came in touch with or had the good fortune to have the Maharshi’s darshan and could feel the elevating and enlightening impact of his magnetic presence. The compilation contains extracts from their writings, bearing witness to what the Maharshi meant to them and how they got illumined in their spiritual quest.

The book representing the extensive and deep study of the compiler-editor, Prof. Laxmi Narain is not merely scholastic but imbued with shraddha (reverential faith). Wherever deemed necessary, apart from providing biographical information, he has given annotations which facilitate better comprehension of the significance of Ramana Maharshi to the common reader. This book is certainly a companion to one seeking the path. It is indeed a valuable addition to the growing corpus of Ramana literature.

Prof. Laxmi Narain is presently the Chief Editor of Sri Ramana Jyothi, monthly journal of Sri Ramana Kendram, Hyderabad, as a labor of love. He is a highly reputed economist and his pioneering and path-breaking books on public sector or state undertakings and their different aspects brought him great renown in the country and abroad. Decades back I met him and got to know him in that capacity. It came as a pleasant surprise when he asked me to write a foreword to the present compilation which he has so laboriously and imaginatively prepared. I feel deeply touched by this unmerited honor and would like to express my thanks to my learned friend, Prof. Laxmi Narain.

I believe that the book will have the welcome that it richly deserves by its discerning readers and devotees. With this earnest hope I commend this work of Prof. Laxmi Narain which seems to me to be the sublime, symbolic and subtle vehicle of the Grace of Ramana Maharshi which may always abide with him and with us all. 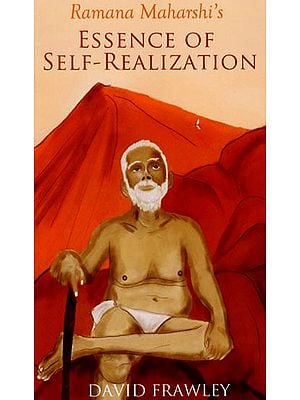 Glimpses of the Life and Teachings of Sri Ramana Maharshi
By Frank H. Humphreys
$8 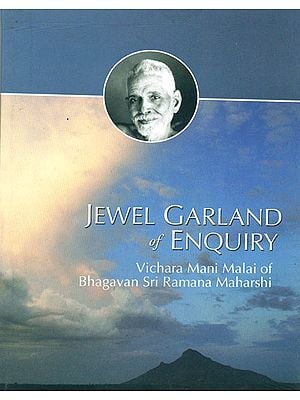 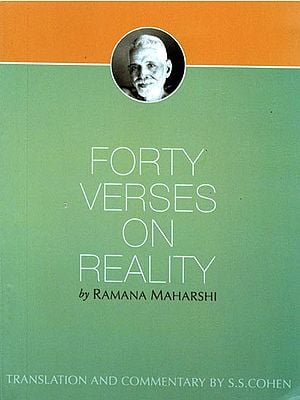 Forty Verses on Reality by Ramana Maharshi
By S.S.Cohen
$9