Four Plays: This volume presents four of the best-known Kannada plays by the eminent Kannada poet and playwright, H.S. Shivaprakash. Based on a popular Dalit epic, The Legend of Manteswamii, it depicts a series of miracles through which he challenges the mighty and defends the vulnerable. The Madure Episode and Madhavi are two plays deriving inspiration from the ancient Tamil epic Silappadikaram. Both plays recount the key episodes of the epic through two women protagonists of the source text. Patterned on the elemental structure of a No play, The Bride is a poignant re-enactment of Toda tribal tale of how a bridegroom, in a moment of blindness, kills his own bride. But is not just a play of horror but also a Buddhist parable of compassion. Reborn as a Buddhist nun, it redeems him from the cycle of rebirth.

H.S. Shivaprakash (6.1954): One of the foremost voices of Indian poetry and drama, Shivaprakash has altered the word-scape of Kannada poetry since the ‘70s. After 1985 he started bringing about a sea-change in Kannada theatre through his path-breaking plays. Immensely successful on stage, his plays are celebrated for their poetic intensity as well as stylistic diversity. He is the winner of Sahitya Akademi and Sangeet Natak Akademi Awards.

Maithreyi Karnoor (b. 1-983) is a poet and translator. A Handful of Sesame, her translation of a Sahitya Akademi Award- winning Kannada novel is her most recent work. Her poems, translations and reviews have appeared in Indian Literature, Muse India, Joao Roque Literary Journal, The Hindu, Indian Express, The Wire, and Scroll. She was shortlisted for the Montreal International Poetry Prize 2017. 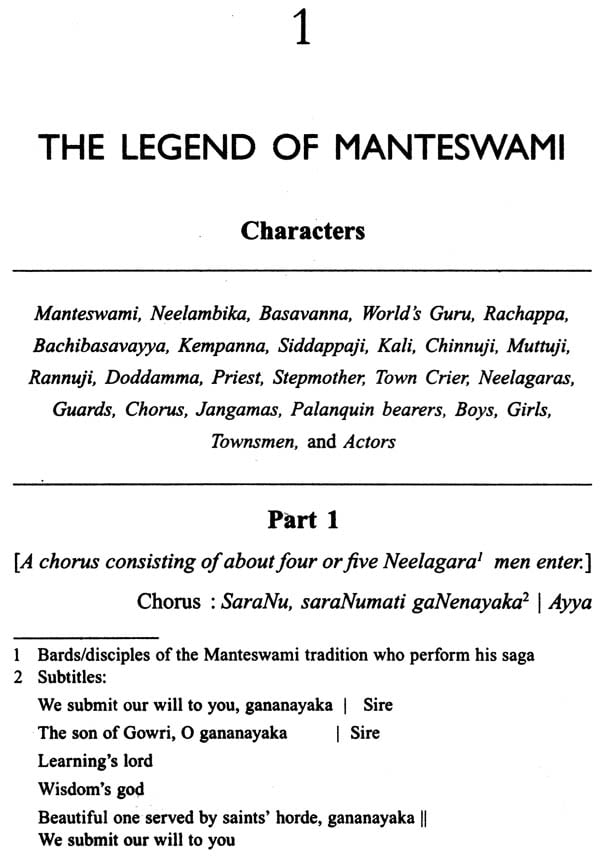 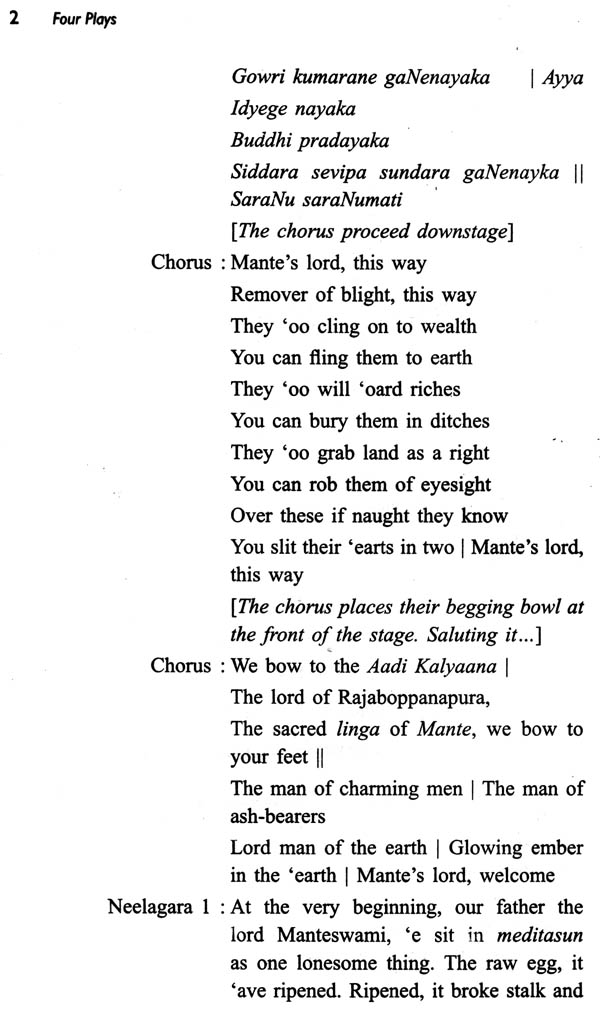 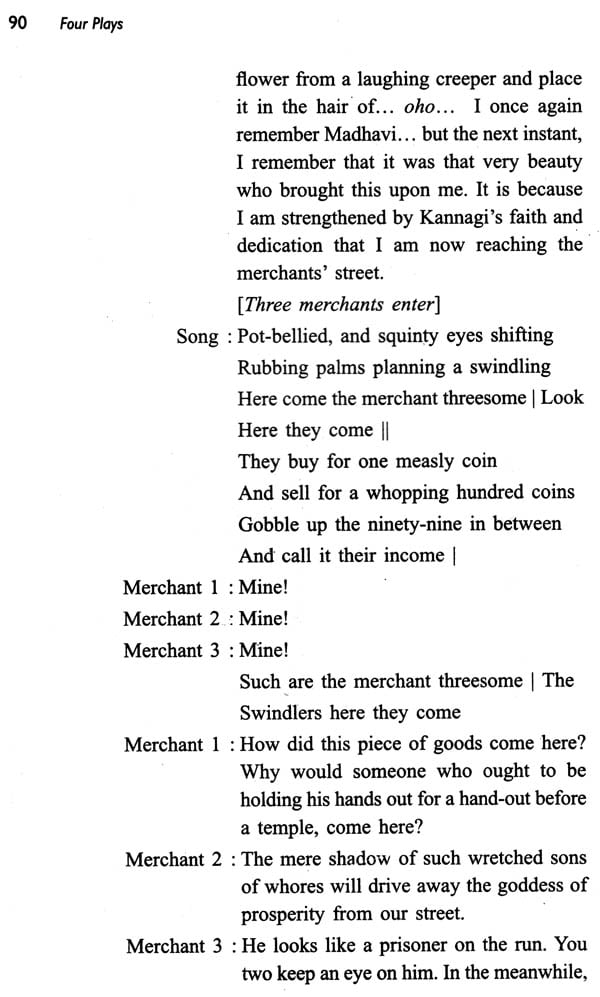 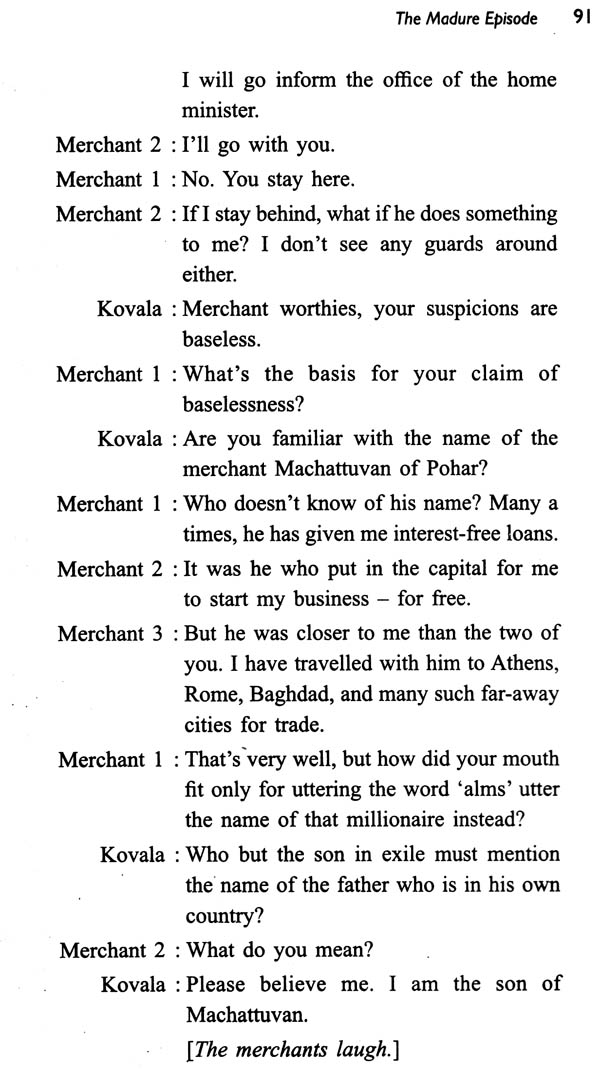 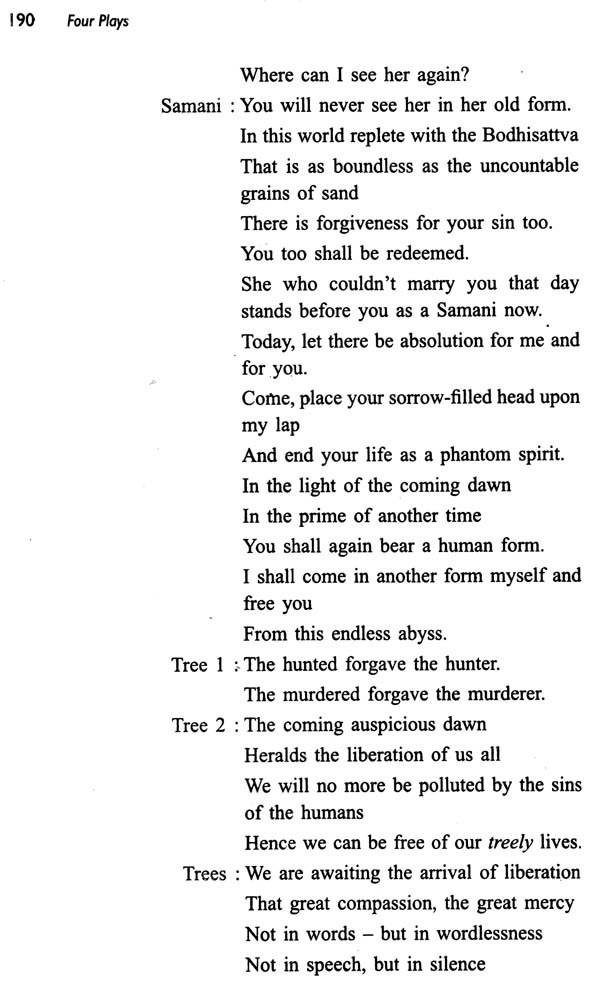 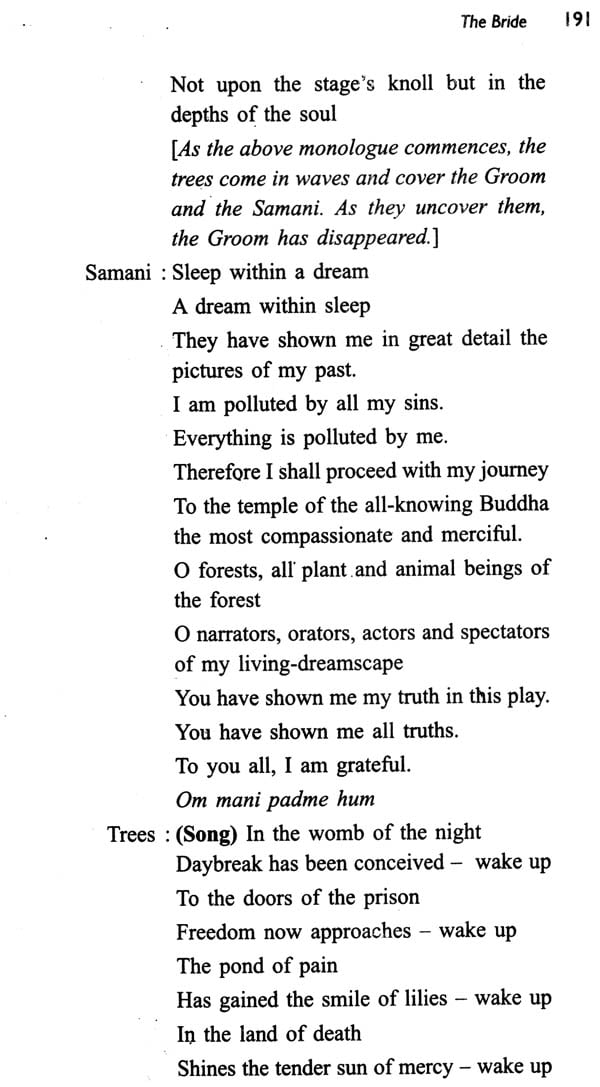 Sakuntala: A Sanskrit Drama, In Seven Acts (An Old and Rare Book)
By Kalidas
$39
FREE Delivery The Sanskrit Drama (In its Origin, Development Theory and Practice)
By A. Berriedale Keith
$31
FREE Delivery C.N. Sreekantan Nair (Vision and Mission of A Theatre Activist)
By Abhilash Pillai
$16 Methodology Of The Analysis Of Sanskrit Drama
By M.Christhoper Byrski
$29
FREE Delivery