The Glory That Was Mithila

In the present monograph the author has thrown light on the glory of Mithilã from the earliest times to the present day. Barring references to a few modern performing artists only the deceased personalities have been brought to light. Since the field is vast, he has selected certain important figures only and shown how they contributed a lot to the glory of the land. Contributions of eminent philosophers, grammarians, astrologers and astronomers, tantriks, artists and artisans have been highlighted. Social structure has also been delineated.

In the fiftieth year of Indian independence, as a specimen, the saga of freedom movement in only the old Dharbhanga district has been presented. Martyrs and prominent freedom-fighters have been recorded in the appendix, which also stands enriched by a select bibliography of books, journals, research papers and doctoral dissertations useful for a researcher working on Mithila.

Prof. Triloka Natha Jha, son of Late Smt. Indupriya Devi and Late Prof. Uma Natha Jha, born in 1934, completed his Honours in English and secured first position in M.A. in Sanskrit. Obtained Ph.D. from Bihar University, served Bihar and L.N. Mithila Universities as a teacher for over 34 years and retired as Professor and Head of the University Department of Sanskrit in 1994. Joined K.S.D. Sanskrit University as Pro-Vice Chancellor in February 1997.

Prof. Jha has edited Srngarasarni, Viratarangini, Muditamadalasanataka, Ganganandagranthavali, Bhanudatta-granthavali etc. and contributed over two dozen research papers to National and International conferences, research journals etc. He authored monographs on Contribution of Mithilã to Sanskrit Kavya and Sãhitya Shãstra. Received the President’s Certificate of Honour in recognition of his substantial.

I have great pleasure to present this volume of Golden Jubilee of India’s Independence Series of Rashtriya Sanskrit Sansthan to our esteemed readers. The Volume verify represents the goodwill and co-operation, the Sansthan has all along been receiving from the distinguished scholars all over the country.

The Sansthan was established in October, 1970 as an autonomous apex body under the Ministry of Human Resource Development, Govt. of India with a view to promoting, preserving and propagating Sanskrit learning in all its aspects, with special reference to the in-depth shastraic learning. Apart from conducting the regular courses of studies at ne various constituent Vidyapeethas, it has been bringing out invaluable publications representing dissemination of knowledge contained in the Shastras.

Thanks to the continued help, encouragement and support from the Ministry of Human Resource Development, Govt. of India that the Sansthan has grown in leaps and bunds and has been able to render its services to the promotion of Sanskrit learning at national and international levels. Sansthan has decided to bring out 50 scholarly monographs by eminent Sanskrit Scholars of different fields part of the academic programmes organised to celebrate the Golden Jubilee of India’s Independence.

The present book The Glory that was Mithila highlights the contributions of eminent philosophers, grammarians astrologers and astronomers, scholars of Dharmashastra, Sahitya, artists and artisans of Mithilã from ancient times to the present day. It also presents the glorious contributions of Mithilã in the freedom struggle through differ ways The learned author has dealt with various aspects of the vast subject in a nut-shell. He has also unravelled useful information particularly on many unpublished manuscripts. The book will be usefulone to those who would like to undertake reach on Mithilã and her culture.

We are highly grateful to Prof. Triloka Nath Jha, Former Head of the Department of Sanskrit, Lalit Narayan Mithila University, Darbhanga who was kindly contributed this scholarly volume for the Golden Jubilee of India’s Independence Series of Sansthan.

The services rendered by my colleagues specially by Dr. Savita Pathak and Dr. Viroopaksha. V. Jaddipal deserve special appreciation who have worked day and night for planning and organising the various programmes connected with the Golden Jubilee Celebrations, particularly the publications of the Golden Jubilee Series. M/s R.G. & Company deserve our thanks for bringing out this monograph on time.

Being called upon by Dr K.K. Mishra, Director, Rashtriya Sanskrit Sansthan, New Delhi, to write an informative monograph for Golden Jubilee of India ‘s Independence Sanskrit Series on a topic of our own special interest we opted to focus some light on the glory of Mithilã. The land of Mithilã has always been held in high esteem by Sanskrit scholars all over the world but it remains a fact that many facets of its glory are still shrouded in mystery. Certain untold stories have been preserved by the people of the place with meticulous care throughout the ages. An attempt has been made in the present monograph to bring them to light.

Contributions of some of the philosophers, grammarians astrologers and astronomers, scholars of Dharmashastra id Tantra, artists and artisans and Kavya-Sahitya writers f Mithilã, who are now no more, have been highlighted ere in historical perspective. Their works had so moulded the society of Mithilã during the past centuries that the freedom movement here gained momentum with the result .at excepting unseen, unknown, unlamented and unsung roes, sixty-seven persons were killed in freedom struggle rd became martyrs in only one old Darbhanga District of Mithilã. Same is the number of persons listed as main freedom fighters in the same District. Not less than eight ladies ( the old Darbhanga District are recorded to have taken active part in the freedom movement. They have been rntioned by name in Appendix I to III of the present work. Appendix IV is a select bibliography of books, journals articles and doctoral dissertations dealing with Mithilã. k may be of some help to those desirous of undertaking research projects pertaining to Mithilä.

We are thankful to the honorable members of the Expert Committee for recommending our name for this academic assignment. In our attempt there is every possibility of certain omissions and commissions. For these we owe the sole responsibility.

In fine, we put on record our sincere thanks, in anticipation to our readers who would oblige us by suggesting additions and alterations for the better. 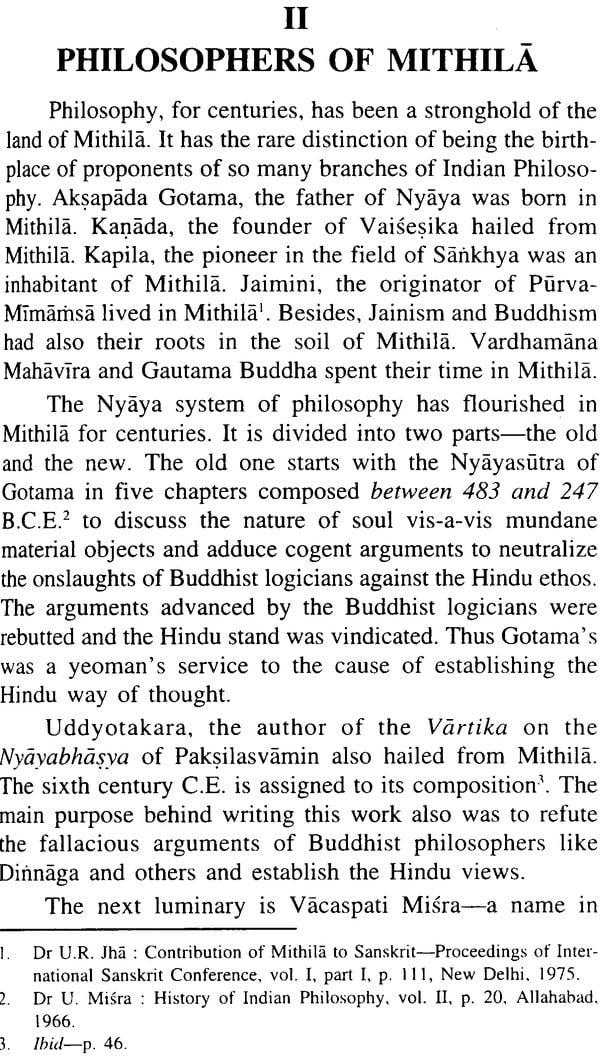 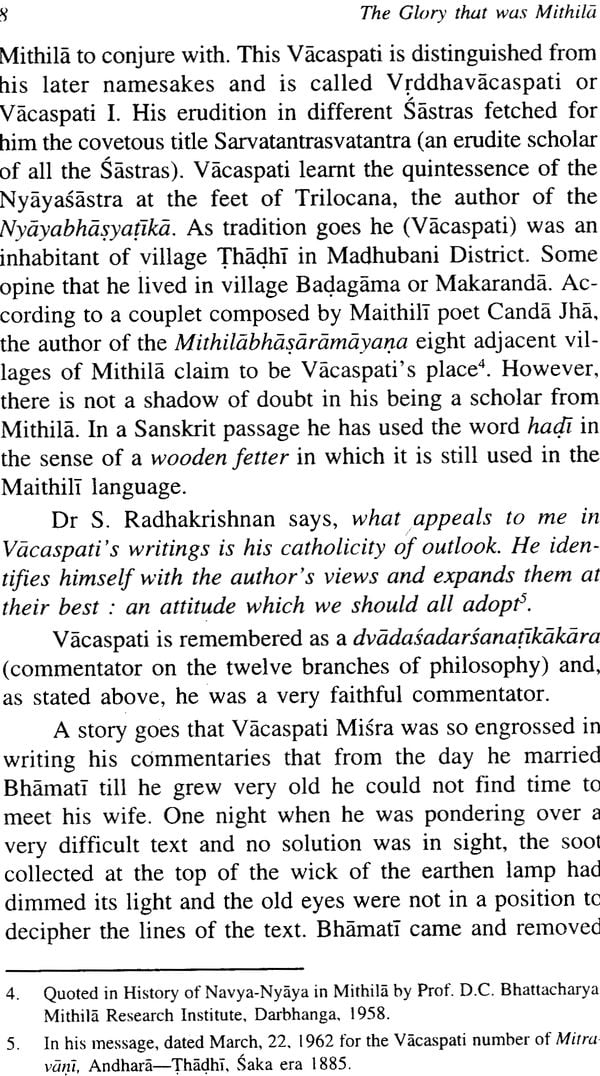 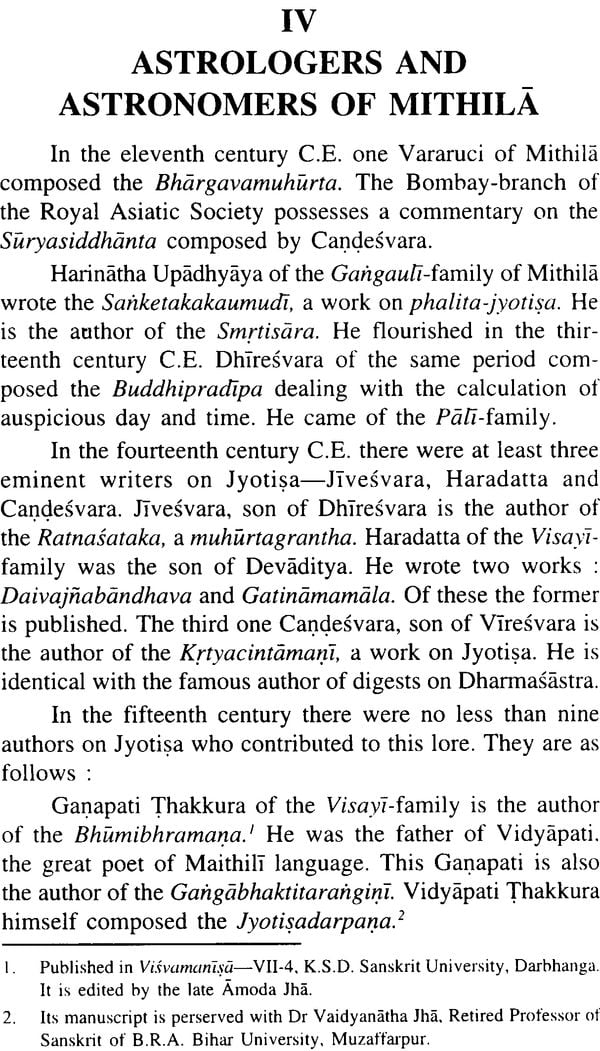 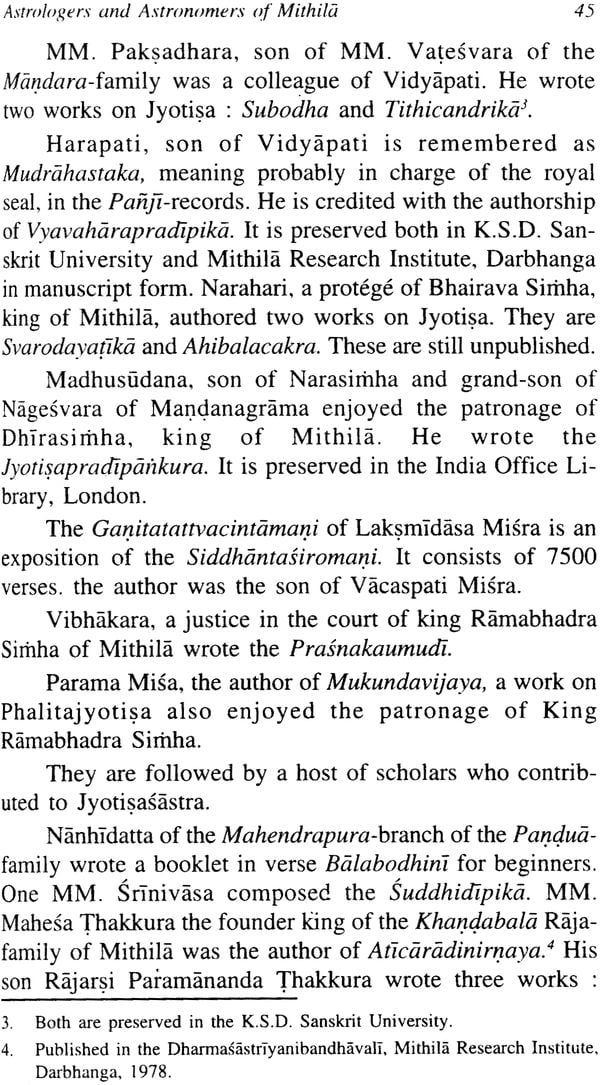 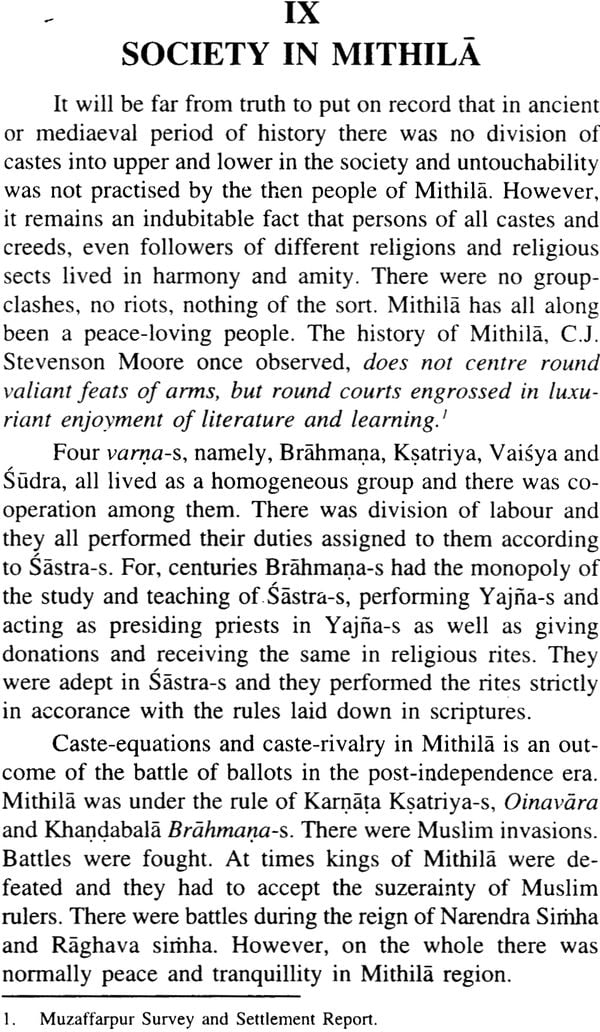 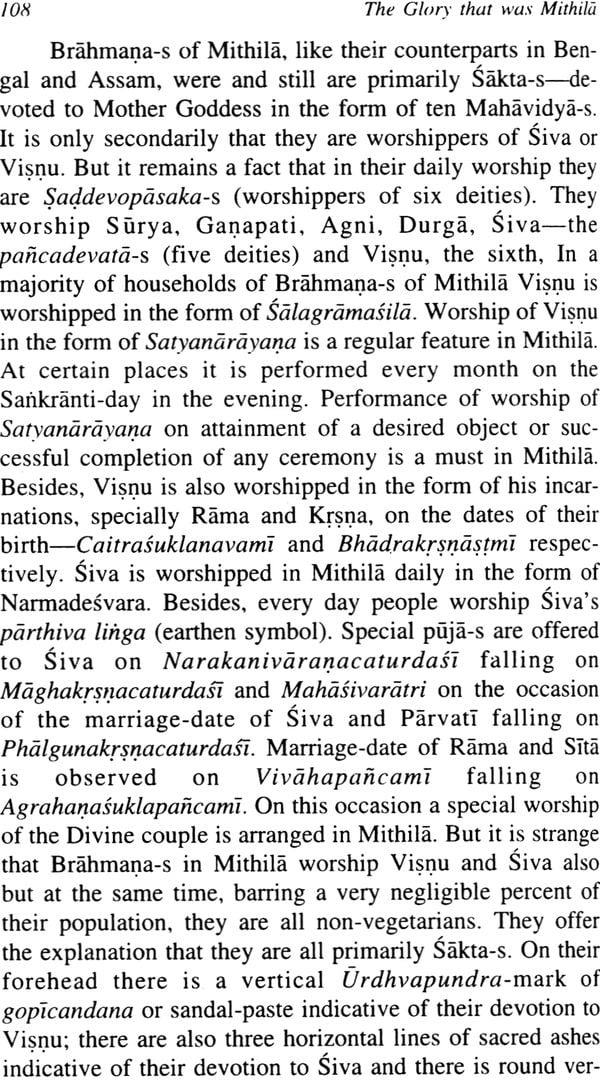 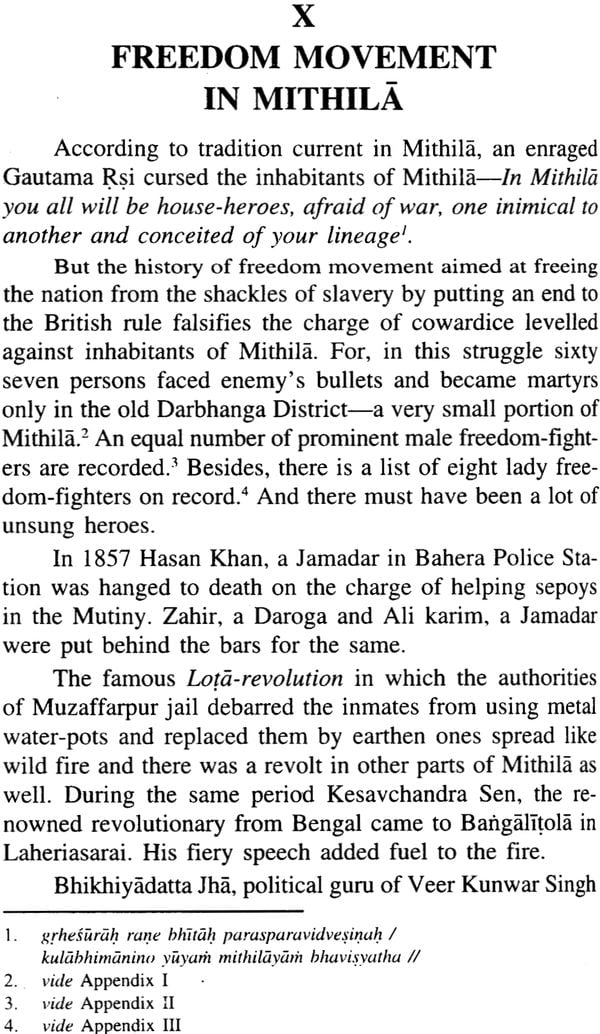 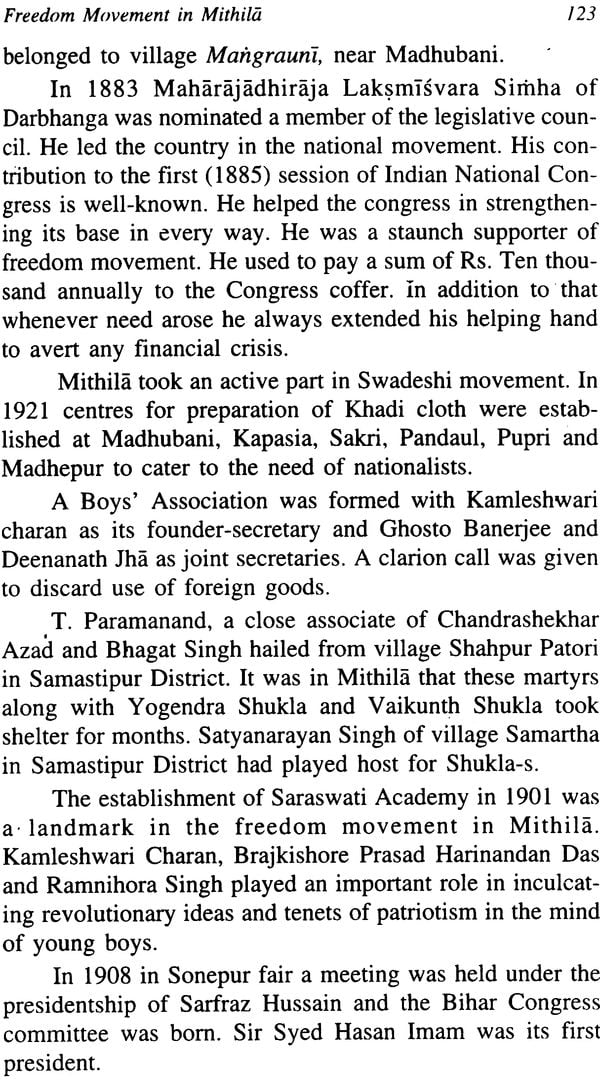