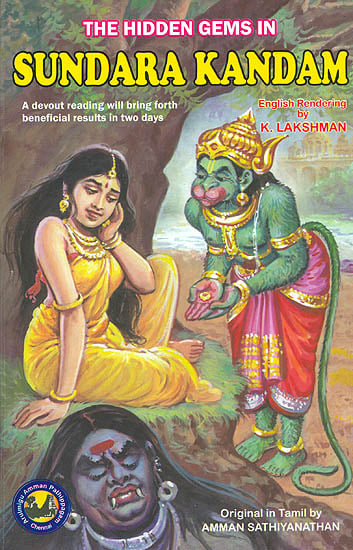 The story of Rama of the treat yuga, famed as the Aadhi kavya, has been rendered in Sanskrit and adopted in other languages too evoking adoration of the devout. Yet, there is a Ramayana that is an ancient one, serving as the fountain – head.

Though Valmiki Ramayana is considered to be primordial and several of its adaptations have later come in vogue, the one that was enlightened to Valmiki was the Moola Ramayana or the principal one. This writing of mine is based on a work that is focused around the Moola Ramayana of the distant past.

All the cantos of the epic are no doubt remarkable, but it is generally said that 'Sundara Kandam' is distinct from the others. The reason there for is emphatically brought out in this work, apart from examining what other captions could have been given for that canto and why so-aspects that have learned in an unrivalled manner in this writing, as opined by the learned pundits with whom i had exchanged views at the time of chronicling this.

Valmiki Ramayana Sundara Kandam, Kamba Ramayana Sundara kandam' are familiar descriptions, but the title 'Sundaran Arulia Sundara Kandam' (meaning the Sundara Kandam ' proffered by sundar) has not been give so far by any author and therefore this work carries that unique distinction. Besides, in the course of perusal of this writhing, it could be realized by the discerning reader as to how this title is more appropriate than the others.

Since it has been presented by Sundara, many intricacies, concealed aspects several realities and true meanings hitherto unknown, are revelatory in this work. While reading those, it would be most astonishing, carrying one to the zenith of awe. Who that Sundara was, what his literary works are and how they are special, are matters that the reader would become aware of after reading this work, besides developing an eagerness to share such knowledge with others.

I started writing this on 01.9.2008, committed to convey what Sundara has given us – completing the job after three weeks. But the research work connected with it was no easy task and it took considerably long to wrap it up. I was fully engaged in it from the first week of Feb 2008, after, Sri Raghavandra Mahimai (part 7)' was released at that point of time.

Since I had acquired knowledge of the Ramayana at a young age and had read several writings on that epic, besides availing later of the opportunity of having an insight into its varied presentations (in the course of my occupation as an author and published) a burning desire was ignited in me by those experiences to write about Sundara Kandam to accomplish which I read intensively Valmiki Ramayana and several other works on that great epic.

Of course, I had decided in advance the source which I should draw the matter, but still I read many works repeatedly.

It may surprise readers to know that the writing, on the basis of which I have penned this work, has only 50 slokas on 'Sundara kanda. But the hidden meanings contained in those, which have been brought to light, would warrant the writing of the Ramayana in entirety, to explain those elaborately. In fact, a perusal of this writing would prompt readers to question me as to when I would be penning in full the Ramayana version, based on the work mentioned.

In this writing too, incidents pertaining to the other sections of the Ramayana have been dovetailed in Sundara kanda' and that way, a perusal of this work create in the reader a felling of contentment that the Ramayana has been read if full.

Though the Ramayana incidents are the same in all versions, there are wide variations in their presentation and in the meaning they purport to convey. While I have not catalogued such dissimilarities, I have in a general way touched upon those in the appropriate contexts. Though the one who had witnessed the Sundara Kanda incidents has later rendered those in writing and on the basis of that 'Sundara Kanda' I have compiled this work, in respect of information that could not be netted out of that writing, as also the ones for which I could not bring to light proper explications that would be appropriate to the present day context, I have sat in meditation at the places of the Ramayana events, particularly the 'Sundara Kanda occurrences, and whatever was the enlightenment that I had by that exercise, I have drawn certain inferences from those which I have furnished in this work at the appropriate places.

Sundara Kanda incidents of the Ramayana happen in India and Lanka. They originate in the Rishyamooka hill in Kishkindha, where Sri Hanuman pays obeisance to Sri Rama and gets blessed, before commencement of his mission of going in search of Sita. Journeying from there he reaches Mahendragiri and from thence crosses the sea, meets Sita Devi in Lanka, destroys the Ashokavana, forewarns Ravana, sets Lanka ablaze and returns to Rishyamooka parvata and bows before Sri Rama, at which point those events end up.

Generally when I write works, I visit the accessible places and pen the subject matter, only after collecting authentic information. Though I have visited in India several places connected with Ramayana, more particularly the Sundara Kanda' spots, I could not visit the locates associated with Ramayana, in Lanka. A couple of attempts to go there were fruitless as the almosphere then was not conducive for such visit and I was advised that just one or two places only could be see there. At that juncture, my friend thiru A.S Manikanda (Unicorn International) forwarded through Thiru R.P. Sridharasingh (Bhoopala Singam Book Depot) a book titled Ramayana in Lanka' (Published by the Chinmaya Mission), along with a DVD.

Truly, even if I had gone to Lanka, I could have seen Ashokavana and the place of Sita's agni pravesha, only once. But with the help of the DVD I could see not only the Places liked with Sundara Kanda' but also those encompassing the entire Ramayana events in the island, repeatedly. The hill station at which the Ashokavana had existed the rivulets flowing there the clouds killing the mountains the cave where Ravana had incarcerated sita after Hanuman had seen her and returned, as also the place of seclusion for women are the image that have got impressed in my mind.

As Sri Lanka's Tourism Development agency and videoed those, I could enjoy seeing them on the small screen – even the inaccessible places! I have vowed before Sri Rama and Sri Hanumantha that before Ramayana in full, I shall necessarily visit those places. Before compiling this work, I had consulted some pundits and pontiffs of Mutts and after discussing the important aspects connected with the episode, put them in proper shape. Two copies of my writing were then handed over one each to Chromepet Sri R. Sridhar and papparapatti N. Narayana Rao, for perusal. In fact their approval, Commendations and suggestions have really touched my heart, Needless to add in this context that Chromepet Sri R. Sridhar's 'Mahabharata Tatparya Nirnaya' (in Tami) is a treasure trove of knowledge. 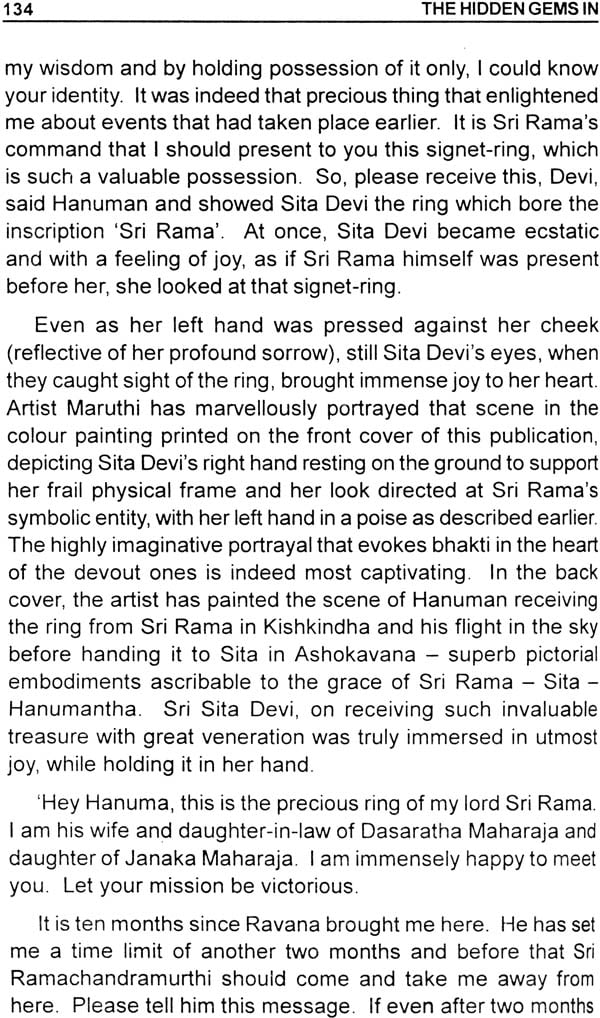 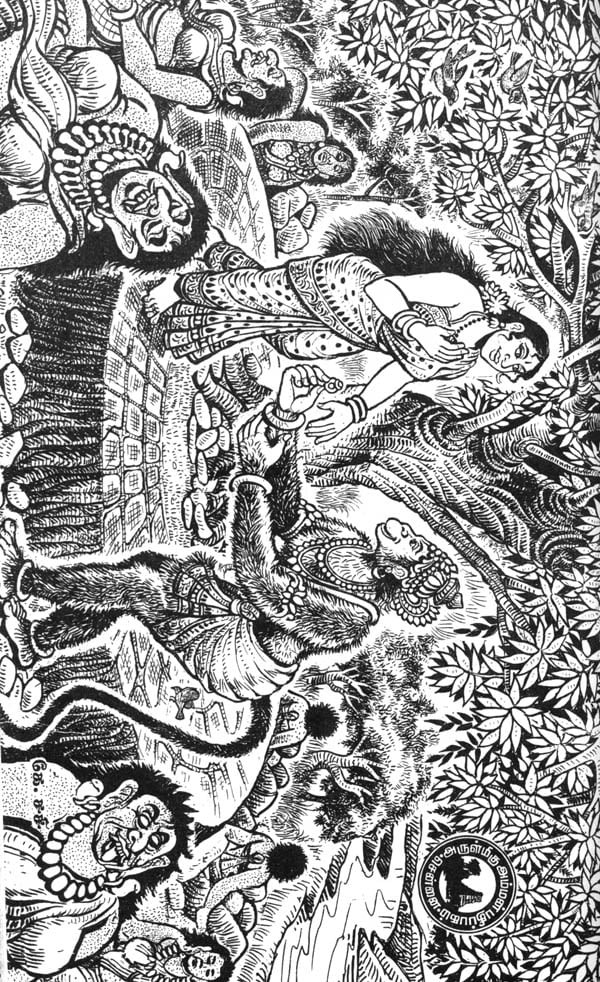 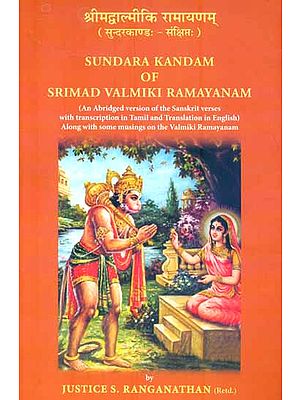 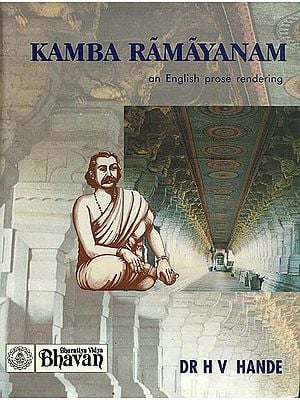 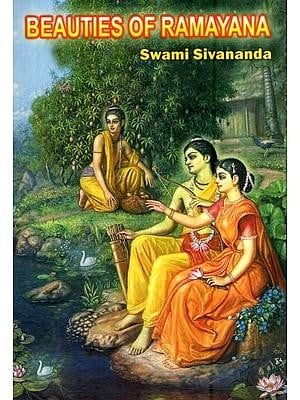 BEAUTIES OF RAMAYANA
By Swami Sivananda
$14 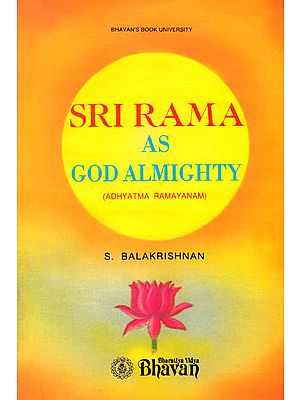 The Glory of Lord Muruga: Thiruppugazh (Set of 11 Books)
By Sri Arunagirinathar
$210
Sold Out
Book FAQs
Add a review
Have A Question