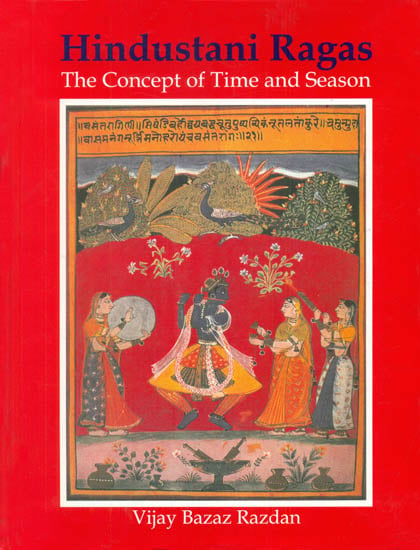 This book throws light on the most distinguishing features of Hindustani Music System dealing with Time-Theory Concept or practice of assigning stated time of the day or night or any season prescribed for singing/playing a particular Raga. This concept according to ethnomusicological aspect is only found in Hindustani music among the world music cultures. This practice has existed in India from time immemorial. Our Sanskrit scholars have uniformly stuck to this practice.

Our music passed through numerous transformations during the last several centuries, but Time-Theory-Practice has been scrupulously maintained. Our current music has outgrown the old Shastras, but still we find clear tendency to stick to Time-Theory. This seems to be a most indigenous and mysterious concept.

Although good amount of papers and chapters have been written on the aspect of Time-Theory, but this book deals in detail with the psychological and philosophical concept of Hindustani Ragas from the very beginning.

The author has said that she wished to write about Hindusthani Ragas-its time and season which is specially specified to only Hindusthani Ragas in ancient treatises and also was practised in performing tradition in her college days at M.S. University, Baroda. Her wish become fulfilled after her Masters in Ethnomusicology at the University of Pittsburgh, U.S.A. in which this topic was the title of her thesis.

The author has chosen this topic when the time-theory of raga and the seasons assigned to Ragas have almost disappeared in the modern days which is admirable. The topic is presented in a logical manner giving a brief survey of the concept from ancient time from the vedic period up to contemporary India. The seasonal ragas are dealt with interestingly as to how they are related with Nature.

Vadi-samvadi concept is an important characteristic feature of Hindusthani Ragas which helps to bring out the identity of Roopa of the Raga. The author has brought out the importance of the concept with many examples. The chapter on the Time Theory in Contemporary Hindusthani Music brings out how the concept of time theory and seasonal concept of Ragas vanish with the changes in society and culture.

The book will be no doubt useful for students of modern age and a welcome addition to the world of musics bringing out the uniqueness of Indian Raga concept – time and season.

The idea of writing this book developed during my college days at the Faculty of Indian Music, Dance and Dramatics at M.S. University of Baroda (Gujarat). Those days it was made mandatory for all the music students of the faculty to attend all the yearly music festivals held at the University campus or the surrounding cities. This practice is rare now-a-days in the music faculties of India for students to attend to music conferences for days and nights continuously.

Baroda, being the Princely state of the pre-partition days, had all the renowned and known musicians in the ‘Darbar’ of Maharaja Sayajirao Gaekwad. Ustad Faiyaz Khan Sahib being one among many who performed there with his thundering voice.

These Sangeet Sabhas continued for days and nights together for a week at least, and at times for longer duration too. We, the students were expected to write compulsory, about the appreciation of Hindustani Ragas, that being one of the papers for examination, to obtain the Master of Music degree. We listened to the Ragas belonging to the Group-Prahara 1.Before Sunrise - After Sunrise, 2.Forenoon- Noon, 3.Early afternoon - Afternoon, 4.Before Sunset – Sunset – After Sunset, 5.Sandhi- Prakash, 6.Evening, 7.Midnight, 8.After midnight and finally 9.Before Sunrise. We were only allowed to go for our daily nacessities and return for the session. This is the time when I had the privilege of listening to the great renowned musicians like Ustad Bismillah Khan Sahib, Pandit Ravi Shankar ji, Ustad Ali Akbar Khan Sahib, Smt. Sharan Rani ji, Ustad Vilayat Khan Sahib, Pandit Bhimsen Joshi ji, Smt. M.S. Subbalaxmi ji, Begum Akhtar Sahiba, Ustad Abdul Halim Jafar Khan Sahib to name a few. They were the musicians who chose the ragas to be performed at the sessions.

I, as a student had such an impact on my mind after listening to such kind of enchanting music that tears rolled down from my eyes sometimes, after hearing a particular raga. Here, I must narrate an incidence which happened when great Ustad Bismillah Khan Sahib was playing the Shehnai. Khan Sahib’s Shehnai was the finest display of one of the facets of Hindustani Classical Music, which brought connoisseurs of music listening, to grief and joy together on one platform. This reed instrument was brought to the crest of the art music stage by only Khan Sahib. His performances had a rare beauty and simplicity of music. His music was a great source of inspiration for me and I still go to trance after listening to his music. He was really a pious soul. I remember it vividly that he was playing night raga ‘Darbari-Kanada’ and Khan Sahib was concluding the recital playing the fast ‘jhala’ on the Shehnai. All the listeners were spell-bound and speechless, some closing their eyes, and some hearing with concentration, tears in some eyes too, listening with apt attention. Khan Sahib stopped playing abruptly and the listeners got stunned and to some extent confused and zapped. The amazing remark of Khan Sahib to the audience was ‘Mai us Gandhar ko khoj raha hoon, jo mujhe nahi mil raha’ (I am searching that Gandhar-third note of the Raga Scale, which I am not able to find on my instrument). The reason being that each raga of Hindustani music has prescribed ‘Shrutis’ for each ‘Swar’ which has the scope of plaintive ‘meends’ and delicate ‘flutters’. After a grand applause from the audience, he started playing again and the session concluded with, first, early morning ‘Raga Adana’, and later ‘Raga Bhairavi’ on the Shehnai.

This above-mentioned experience just sowed the seed of my taking up writing about the philosophy of Hindustani Ragas, the concept of time and season. What is this time theory all about, and what impact it really gives to the performer as well as the listener? Later this became the topic of my thesis at the University of Pittsburgh (U.S.), where I obtained my Master’s degree in Ethnomusicology. I am happy to present it finally in the form of a book. 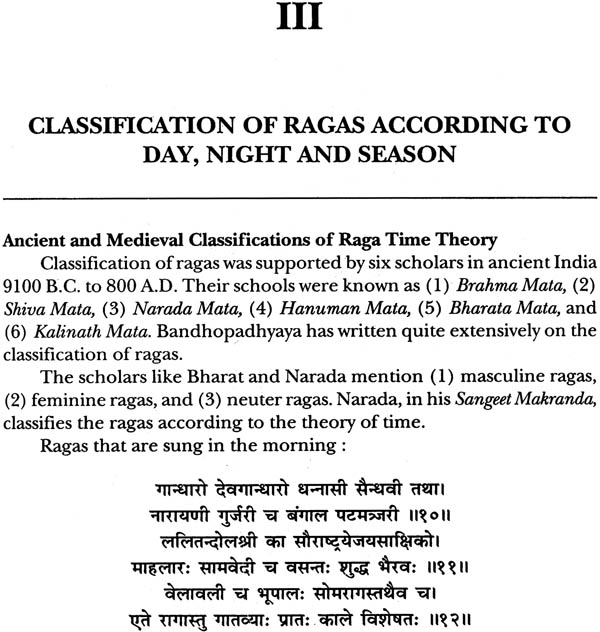 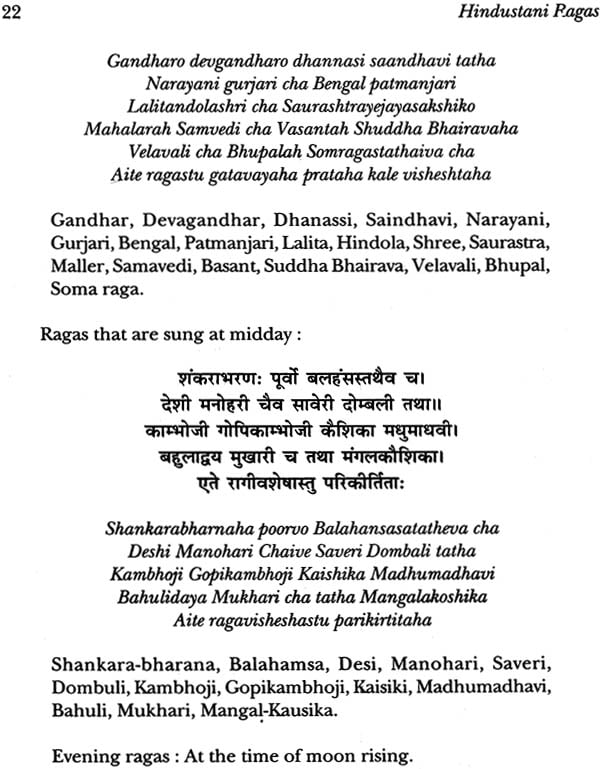 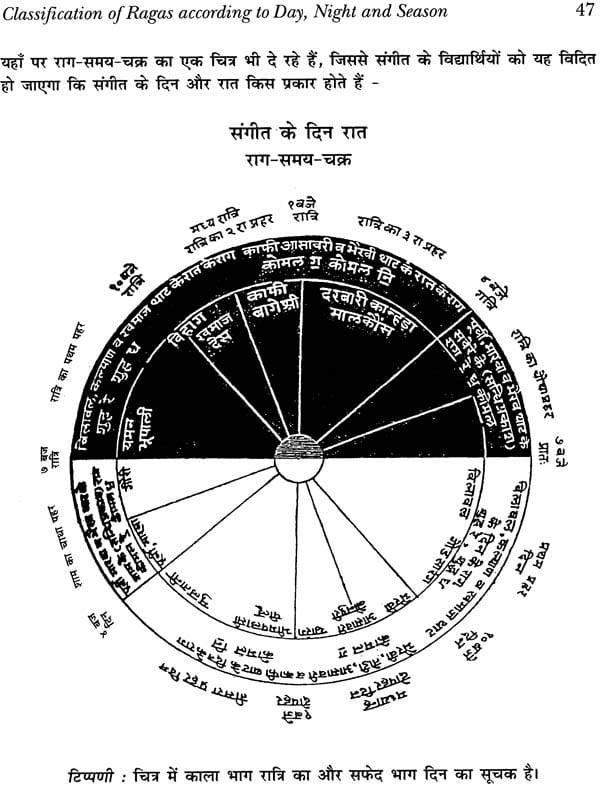 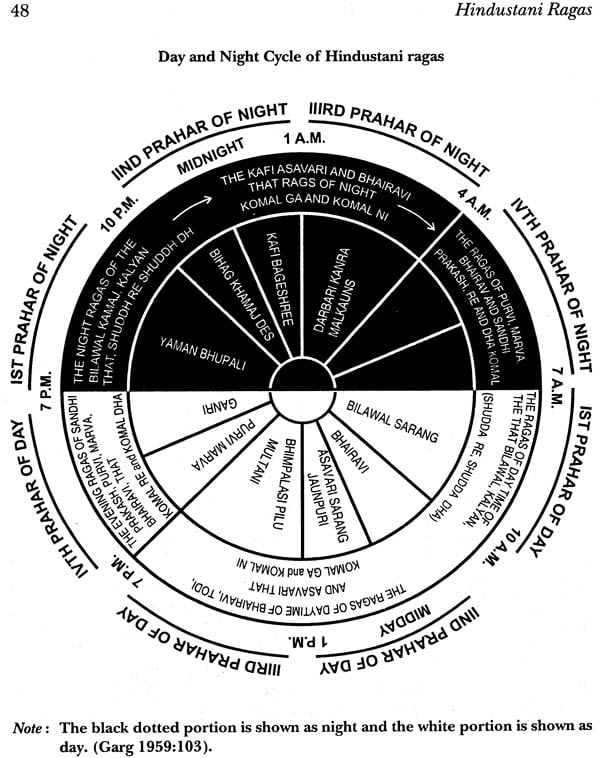 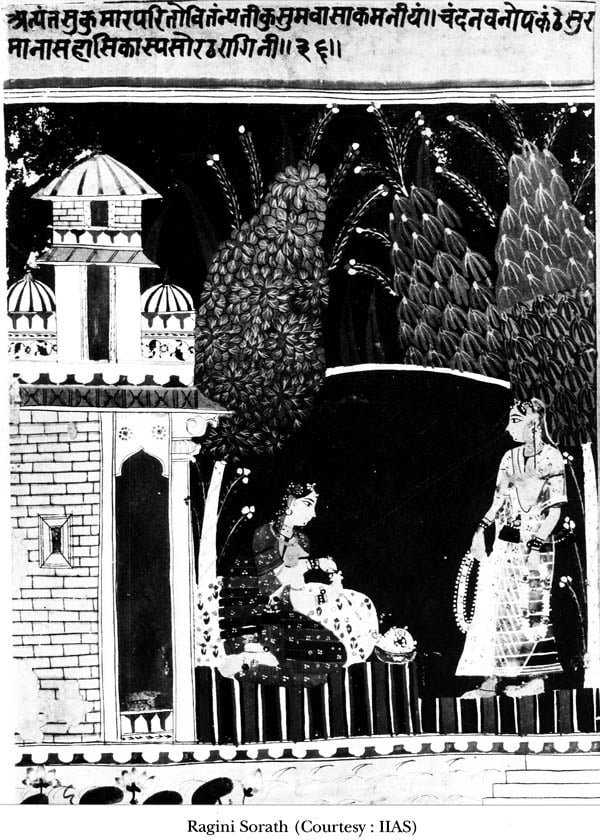 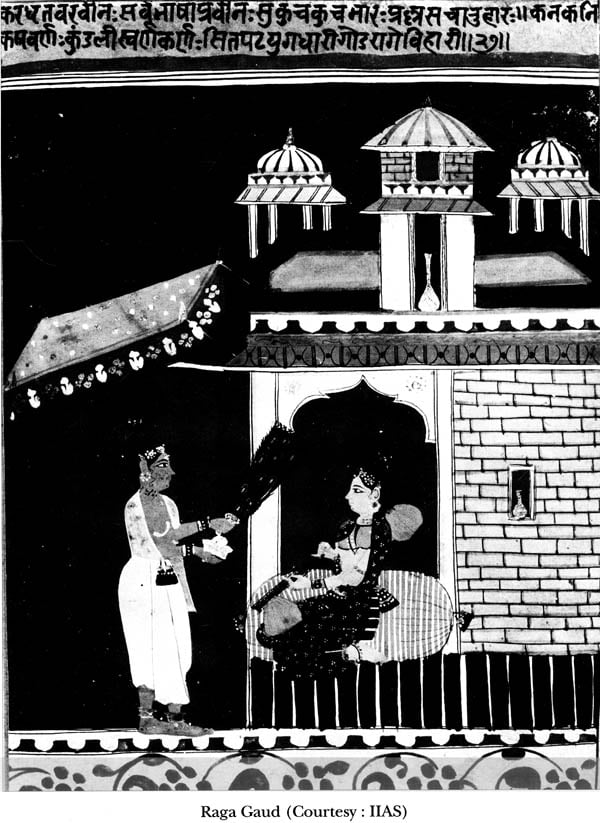 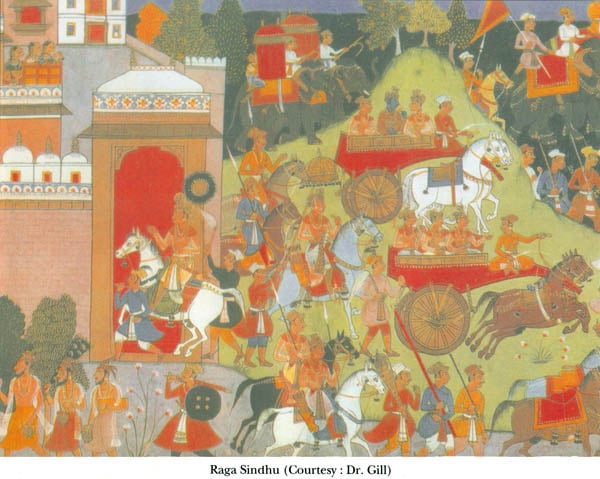 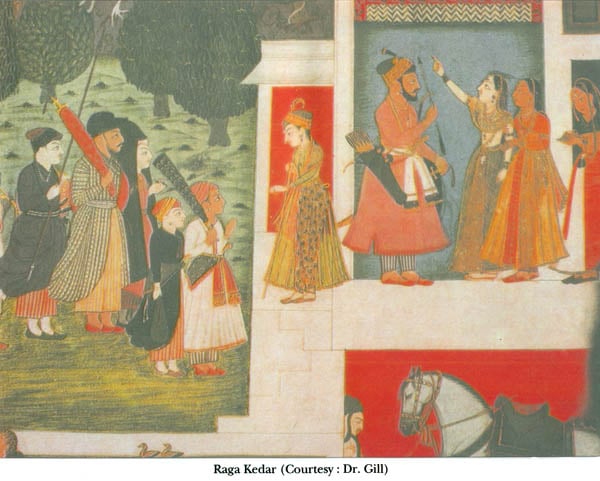