This book attempts to give a composite view of Indian classical music in an interesting format by including colourful photos and paintings. It is an outline of the major areas in this art from its prehistoric beginnings to the present day. It contains a little of everything and will hopefully arouse the interest of the reading public for a deeper study.

I am profoundly grateful to the music vidwans who have been generous in giving their photographs for publication.

This book could not have taken shape without the encouragement and help of my husband GVR, who has involved himself in every aspect of this project. My sister, Shakuntala Ramani gave enthusiastic support, which was of great help when the project seemed like an impossible exercise. Shanker's skill with the camera got me some rare pictures.

Among the older maestros and among the younger group, I have not mentioned many excellent performers, due to lack of time and space.

The following books have been an invaluable help while writing this book:

I am grateful to the Development Commissioner, Handicrafts, Govt. of India for permission to use the pictures of Ancient Instruments with descriptive notes from the brochure of Sangita Vadyalaya, Chennai. Some rare pictures of maestros of Hindustani music were included through the courtesy of Sangit Mahabharati, Mumbai.

Indian classical music is a sophisticated art form that requires a great deal of listening and a patient learning of its mechanics. It has specialized in melody and the subtle nuances of sound.

This book offers a colourful view of the whole spectrum of its genesis and its development till today. In ancient India Samskrit pundits and regional tribal bards nurtured this art. Musicians and musicologists were peripatetic and carried their knowledge all over the country from Kashmir, from Deccan, and from Gwalior to the east, west, north and south.

Ancient Tamizh and Samskrit music scholars had a generous capacity of give and take. This is evident from a study of the Silappadhikaram and the Natya Shastra.

After Jayadeva, the saint poet of the 13th c. A.D. this mighty river of classical music bifurcates into two major streams. They share the same raga, swara and tala heritage but are totally different in the handling of these vital entities.

The Hindustani section gives a brief idea of the different gharanas (styles) the talas, forms and instruments of this genre. Tansen is the seminal figure that gave the music of his time a durbar look and classical music became a status symbol of the aristocracy. It was classical music of great mellifluousness and flow set in the dialects of the people.

In the south, three great saint composers, called the Trinity, shaped the features of the Karnatak idiom. A fascination for mathematical calculation led Karnatak musicians to explore complex time divisions in rhythm. Their scientific temperament gave a viable classification theory for the plethora of ragas.

During the latter half of the twentieth century music came out of the mehfils and palaces. It was available to the common man in concerts and on radio and T.V. The unprecedented growth of communication systems in the last two decades has given rise to mixed marriages of various systems in fusion music. The common man and the younger generation are now the patrons of music.

Inspite of all modern ramifications the inner core of pure classical raga music is kept alive by the connoisseurs and the teachers. Modern trends do not vitiate the vital and substantial contours nurtured over twenty plus centuries. 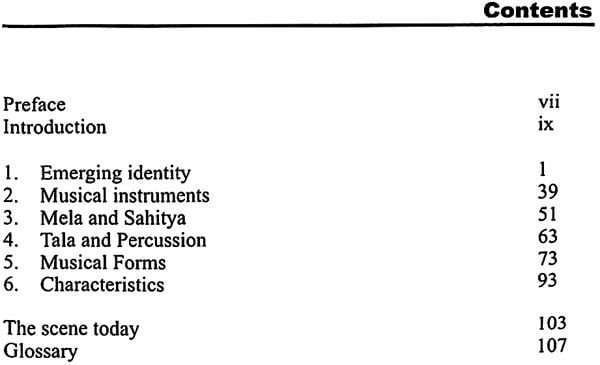 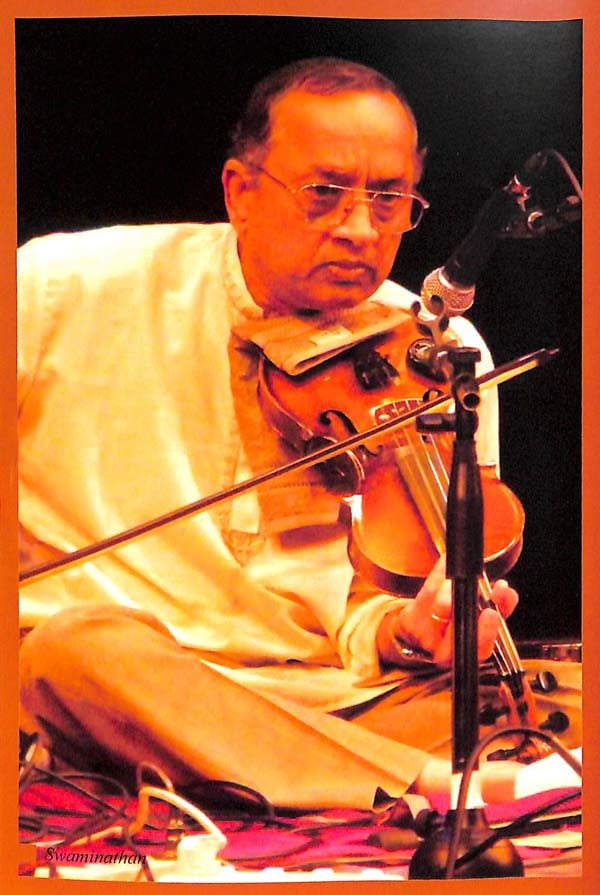 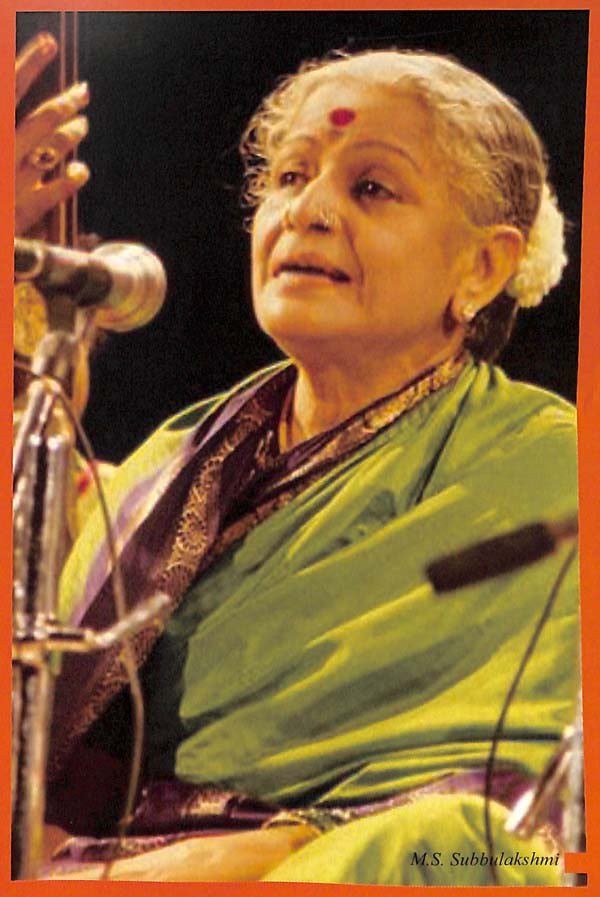 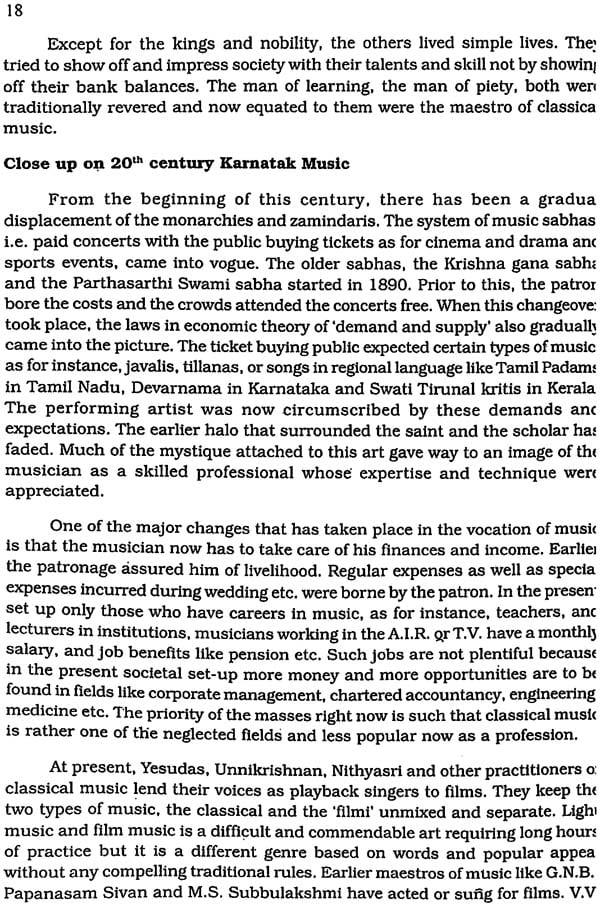 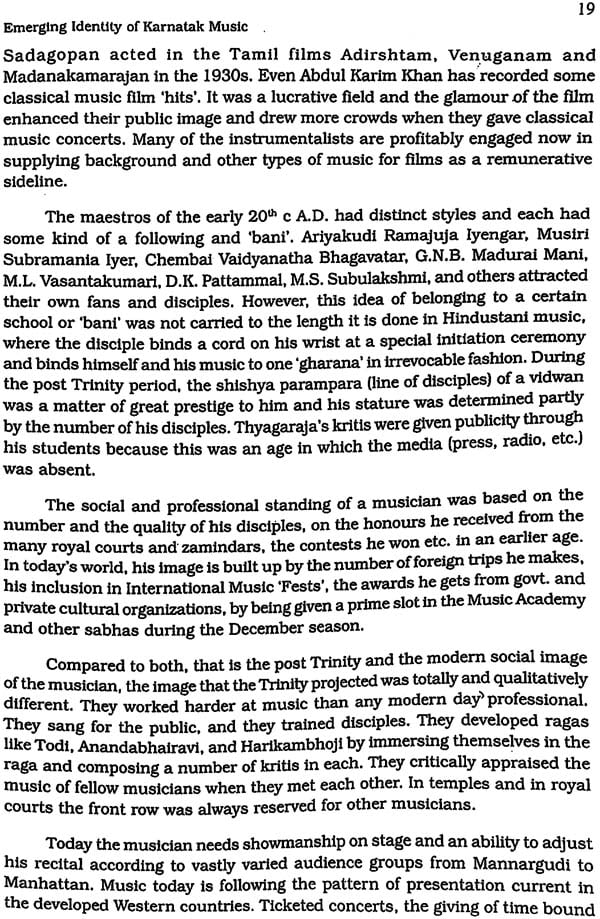 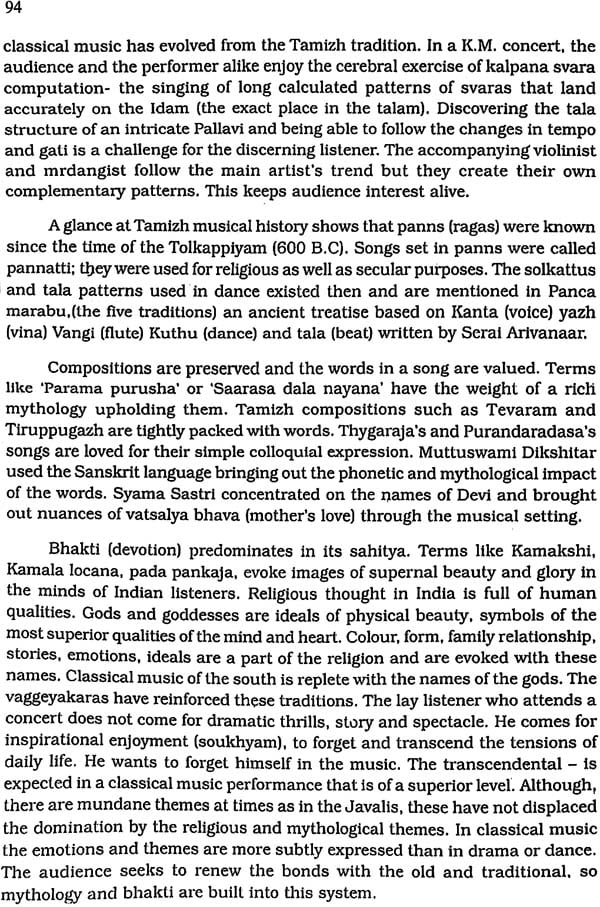 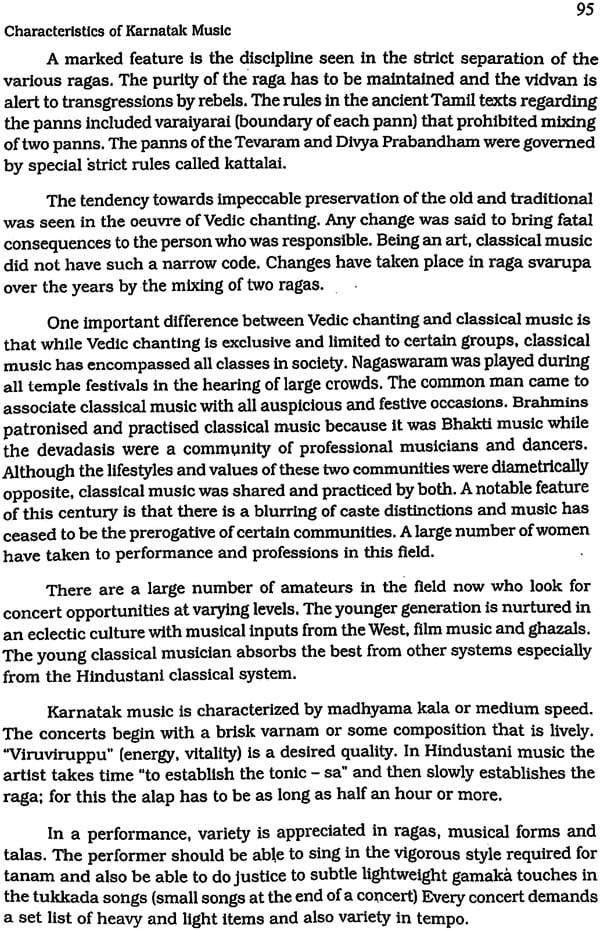 A Practical Course in Karnatic Music: For Beginners (With Notation)
By Subbulakshmi Muthuswamy
$16 A Guide for M. Phil, Ph.D, JRF, SLET, NET & TRB Entrance Examinations in Karnatic Music and Dance
By Dr. M. B. Vedavalli
$39
Out of Stock A Practical Course In Karnatic Music: For Beginners and For Use in Schools(Set of Voll-3)
By Prof. P. Sambamurthy
$49
Out of Stock The Ragas of Karnatic Music
By N.S. Ramachandran
$29
FREE Delivery The Place of Srivaishnava Community in Karnatic Music
By Dr. V.S. Sampathkumaracharya
$17.60
FREE Delivery
$22  (20% off) Sahaanaa's - Cine Melodies: Karnatic and Western, Book - 4 (Hits of Maestro Ilayaraja with Notation)
By M. A. Jaikumar
$22
Out of Stock