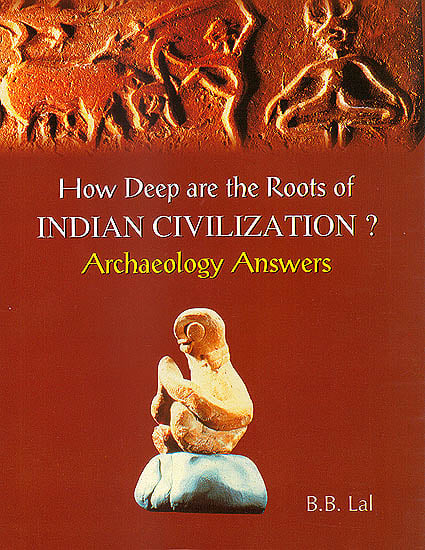 Since 1997 Professor Lal has published four books dealing with various aspects of the archaeology of ancient India and the Vedic literature. But all these were research- oriented. He thus felt that there was a need to address the common reader. Hence the present book.

Professor Lal tells the reader, with ample photographic illustrations, that almost every aspect of Indian culture is deeply rooted in the past, which is at least 5,000 years old. He then gives an integrated picture of the civilization of those days -variously called the Harappan, Indus or Indus-Saraswati Civilization. Thereafter he deals with the ethnicity of the authors of this great civilization. With solid arguments, he refutes the theories that there was an ‘Aryan Invasion’ of India, which destroyed the Harappan Civilization or that there was an immigration of the (BMAC) people from Central Asia. He demonstrates that in all likelihood the Harappans themselves were the Vedic people and were indigenous. Further, archaeological and literary evidences combine to suggest that some time in the second millennium BCE a section of the Vedic people themselves emigrated westwards to Iran and even up to Turkey, contributing their mite to the local culture.

It is hoped that the reader will enjoy going through this book.

A world-renowned archaeologist, Prof. B.B. Lal was the Director-General of the Archaeological Survey of India from 1968 to 1972. In the latter year, when he was only 51, he took voluntary retirement to pursue his research programmes independently. First he joined Jiwaji University, Gwalior, as a Professor and later the Indian Institute of Advanced Study, Shimla, of which he was also the Director.

Professor Lal’s excavations cover a very wide range — from palaeolithic times to early historical. At Kalibangan, Rajasthan, he unearthed a prosperous city of the Indus Civilization. The excavations at Hastinapura, Indraprastha, etc. have established that there was a kernel of truth in the Mahãbhãrata, even though the epic is full of interpolations. Likewise, his excavations at Ayodhya, Sringaverapura, etc. have indicated that the Ramdyaiza too has a basis in history. In 1961 he conducted excavations in Egypt also, which threw valuable light on Egyptian prehistory.

His publications include over 150 seminal research papers, published in scientific journals, both in India and abroad: USA, UK, France, Italy, Russia, Egypt, Afghanistan, Japan, etc. Amongst his latest books are: The Earliest Civilization of South Asia (1997); India—1947-97: New Light on the Indus Civilization (1998); The Sarasvatl Flows On: The Continuity of Indian Culture (2002); The Homeland of the Aryans: Evidence of 1igvedic Flora and Fauna and Archaeology (2005); Rãma: His Historicity, Mandir and Setu (2008).

In 1994, Professor Lal was awarded D. Litt. (Honoris causa) by Institute of Archaeology, St. Petersburg, Russia. The same year he was elected President of World Archaeological Congress. He has been Chairman and member of several committees of UNESCO. At home, in 1982 Mithila Vivavidyãlaya honoured him with the title of Mahãmahopadhydya. In 1991 three distinctions were conferred on him, respectively by the Indian Science Congress, Indian Archaeological Society and Asiatic Society, Bombay.

In recognition of his multi-faceted contribution to archaeology, the President of India, on 26 January 2000, honoured him with the award of Padma Bhiana.

During the past ten years I have published four books, namely The Earliest Civilization of South Asia (1997); India 1947- 97: New Light on the Indus Civilization (1998); The Sarasvati Flows On: The Continuity of Indian Culture (2002); and The Homeland of the Aryans: Evidence of Rigvedic Flora and Fauna and Archaeology (2005), covering the various aspects of the most ancient civilization of India, which goes by the names of the Harappan or Indus or Indus-Saraswati Civilization. These also dealt, to some extent, with the evergreen controversy about the ‘Aryan Invasion’ of India as also the authorship of this great civilization.

As would be seen from the reviews that have appeared in various Indian and foreign journals, these books have been very well received in the scholarly world. While that no doubt gives me some satisfaction, I am greatly dissatisfied with another kind of feed-back that I have received. According to it (i) the presentation is too terse and scholarly for an average reader and (ii) the books are priced a little too high, somewhat beyond his reach. it is in response to this feed-back that the present book has been written. In it an attempt has been made to avoid scholarly jargons and to put the matter in such a way that the reader might feel that it is a kind of personal communication with him. This is particularly true of Chapter II which deals with the various cultural features of the Harappan Civilization that have survived the onslaughts of nearly 5000 years and can be discerned in one way or another in the life of the common people, particularly in the countryside (not so much in the metropolises which have become replicas of the West). However, in some of the other chapters the reader might find more details than he would have liked and references to publications beyond his need. But this has consciously been done, since, I am sure, some of the readers are likely to pursue the matter more deeply.

This book also contains a lot of new material, particularly that countering a strange twist given by certain scholars, namely that even if there was no ‘Aryan Invasion’, the Aryans must have still come from outside — from the Bactria- Margiana Archaeological Complex of Central Asia. Further, there is a chapter which opens up a new vista, namely that of ‘Emigration’ of a section of the Vedic people themselves to western Asia in the second millennium BCE.

With the ever-rising cost of production it is very difficult to maintain the high quality of paper and printing and at the same time keep the price down. Nevertheless, an attempt will be made to keep the price-tag as low as possible. There is yet another departure in this book from the previous ones. While those were in large sizes, this one is particularly handy so that the reader can carry it about, and enjoy it (am I being too optimistic?) while on a plane or in a railway train or even in a moving car (of course, not while at the steering wheel).

All this has been done in order to ensure that the message of this book — which to my mind is more important than the messenger himself — reaches as widely as possible. At least let me hope that it does. I will await the next feed-back. 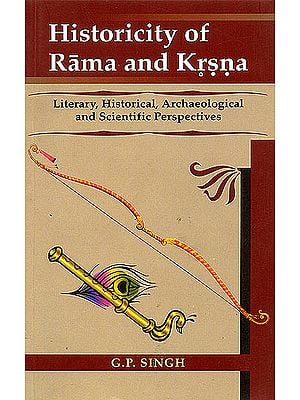 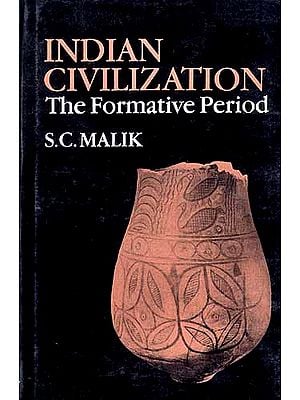 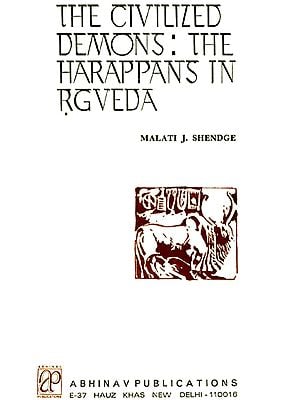