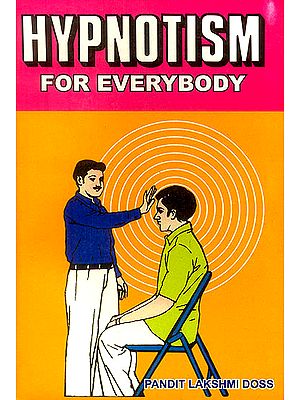 This is my tenth book.]' I have written books on Astrology, Numerology, Palmistry in English and Tamil. Apart from these subjects, my last book was on Yoga Asanas. Learned persons, who are in various professions, living in India and abroad, are writing to me appreciating my books. As an Astrologer and Numerologist I have passed more than three decades.

Though I learnt Yoga Asanas to follow Raja yoga, my 'Guru Shri Sivananda, Rishikesh, instructed me to take Bakti Yoga.

Hypnotism is a foreign word for Yoga practice in Indian tradition. Hypnotism stops at a stage after getting concentration and will power to Hypnotise others. But our Yoga practice goes further to reach the final salvation. The idea to write a book, on the science of Hypnotism, has been in my mind since a long time. This book is the product.

I have placed this book before the readers for their benefit, to lead a healthy life with sure success.

In this connection, I feel it is my duty to mention about Shri Janakiraman (late) proprietor of this big concern "Balaji Publications". He was a man of great will power with quick grasping mind.

I have to thank the Present Proprietor of the above concern Shri C. Viswanathan, Son- in-law of Mr K. Janakiraman, who is encouraging me to write this book in my advanced age of 72. I pray Shri Balaji Venkateswara for showering his Grace on this concern for the continued prosperity.

Hypnotism is a branch of science or may be -considered as an art connected with mind. Among the various" branches of education as Physics, Chemistry, Biology, Engineering, Medical, Geology etc. Hypnotism is also a branch of study. At present times the nature of study and job are different, for example a science graduate is employed in a Bank or firm.

Hence he almost forgets that he has studied in college. But hypnotism is both study and practice. All these branches are about the matter outside the human mind and its functions. But Hypnotism is a subject of study dealing with what is inside the mind (which is in the brain) and what are its powers.

Hypnotism means to influence others to do an act for the benefit of them, by the strong will power of the hypnotist.

In the man kind when we analyse, we find that there are certain persons with extra brain power or mental capacity. This can be noticed in all walks of life, whether in educational field' or in music or painting or in acting and so on. Several thousands of people gather to hear the speech of a leader.

This leader is able to impress upon the- audience his way of thoughts. This is also 3 way of Hypnotism. Often the physical personality does not seems to be a major factor for this leadership. There are several people with charming physical appearance but they are not' able to talk even a few words before a crowd. The essential factor to be a successful hypnotist is his will power. Hypnotism is concentration of mind, with purity of thought word and deed.

An young musician is able to get huge crowd for his performance. People sit for hours to hear his music. He is perfect in his art. He has to be pure in his mind also with no evil habits. If otherwise his name and fame will vanish as it came. The mind is the major factor to influence others with a strong will power.

The dictionary meaning of Hypnotism is that this word comes from hypnosis meaning Greek God of sleep. Hypnosis means a sleep like state of mind in which the mind responds to the external suggestions of the hypnotist and can recover forgotten memories. Hypnoanalysis means analysis of a person's psychological troubles by obtaining informations from him while he is in a state of sleep.

This Hypnotism, though not known by this word, is in our land from very ancient times, from the age of great Rishis and Siddha purasha. The Indian method behind this science is equally easy and safe for practice by everybody, as practised by westerners. In fact the power got by hypnotist is a small sidhi that he acquaires by virtue of his concentration of the mind. Hypnotism is scientific study so to say.

Water is flowing through the river. But when a dam is constructed across the river water gathers. By some technical means electricity is produced. There is air every where when more quantity of air is- inflated in a tube and covered by a tyre makes the bus, lorry or cycle to go on road.

Even expenditure has to be controlled ac- cording to income. A commodity is put under control for equal distribution. People have to be controlled by the- Government and a constitution is framed. Now population control is the major issue throughout the world. When all these are controlled man is not aware of the powers of the mind control. Mind when it is controlled and directed towards a proper course the powers got are many.

Any branch of knowledge can be used for the benefit of the people and society or to destroy, everything. Atonce theory was invented. The result is one nation is afraid of the other about the atom bomb. A typewriter is an essential machine for use in the office to type official letters. But when a clerk uses the machine to type a love letter to a co-lady clerk, the defect is not in the typewriter, it is on the part of the man using the machine.

Any power should never be misused. So also Hypnotism. When a hypnotist uses his power to the evil of others it is not worthy and desirable on his part since his thoughts are not pure.

Any action against the laws of a nation is a crime. So also a hypnotist should never use his power for selfish motive or for the evil of others. In due course such persons' will loose their power and will suffer a miserable fall.

When we see about thoughts a reference to Yoga Sara Upanishad is relevent to the subject.

Swami Sivananda in writing his commentary on this had observed thus, 'Thought is as much a thing as the yonder piece of stone, having weight, colour, and shape and size and form. It is a strong force. It is a force like gravitation or repulsion. Thoguhts travel with velocity which is unimaginable. Thought has much power. It can work wonders. This is supplied through food. Pure food gives pure thoughts. A pure thought is sharper than the edge of a razor (Yoga S.ara Upanishad 1936 Edition)

About food there is also a reference in Chandogya Upanishad. Our food taken assumes three forms. The physical form is thrown out as excreta, the middle portion forms muscles, the subtle form goes to make up the mind. Hence control of mind has a link with the type of food takan. Under chapter 17 of Bagavad Gita, sloka-10, we see that Lord Krishna has given a definition about the selection of food.

Some kind of food as fruits, vegetables etc gives Satwa Guna (pure mind), excess of tamarind, chillis, bitterness give Rajis. Guna (anger, greed etc.) and old food with unpleasant smell, remaining portion of what others have eaten give Tamo Guna (Dullness, lethargy, ignorance). Those who wish to have mind control have to be careful in this aspect.

When a person wants to take up a Doctorate Degree in any subject he has to study well with concentration from the first standard for a minimum period of twenty years. For getting proficiency in Veena etc one has to study the art well under a Guru. Half Knowledge is Dangerous is the proverb.

Hence by reading one book or by practising for one month one cannot arrive at the conclusion that he has got super power. Hypnotism is not like vegetable to be got how market by paying money. The man who wants to study the art has to read several books on the subject. Having got a full knowledge of subject he has to do regular steady practice, side by side con- trolling the senses, anger, lust, irritability ego etc. have to be removed from the mind only than his practices will bear fruit.

In concluding this I wish to state that this science deals on the mind, the centre of life force, and that any wrong practice or any hasty method may harm "the mind. Hence the author does not take any responsibility for any harm of the practioner due to irregular or wrong method or hasty conclusion. The publisher also takes no responsibility on this. But a slow and steady practice with earnestness, noble thoughts one can get surely. 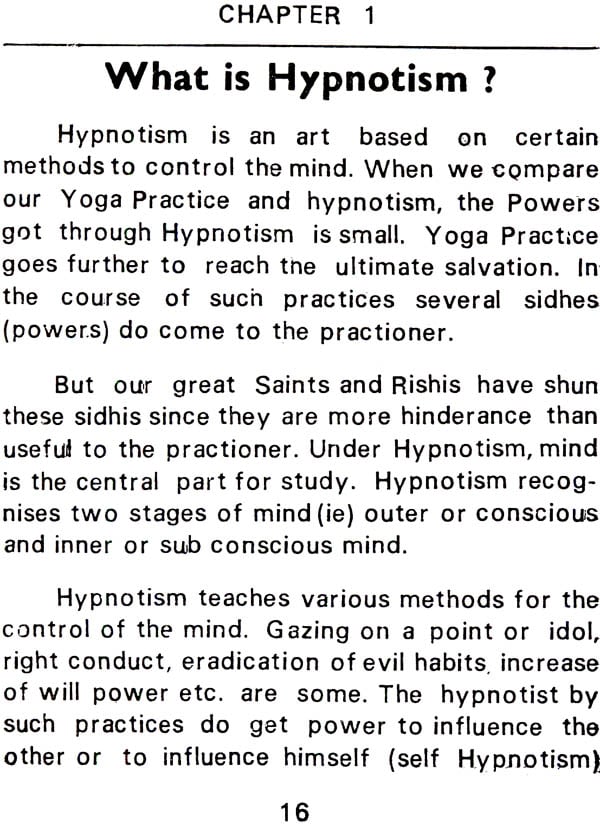 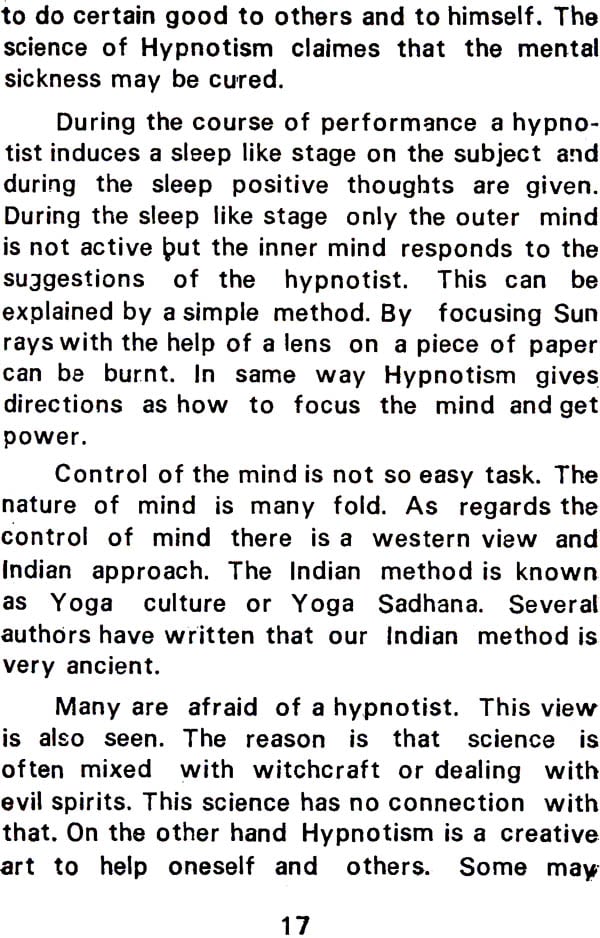 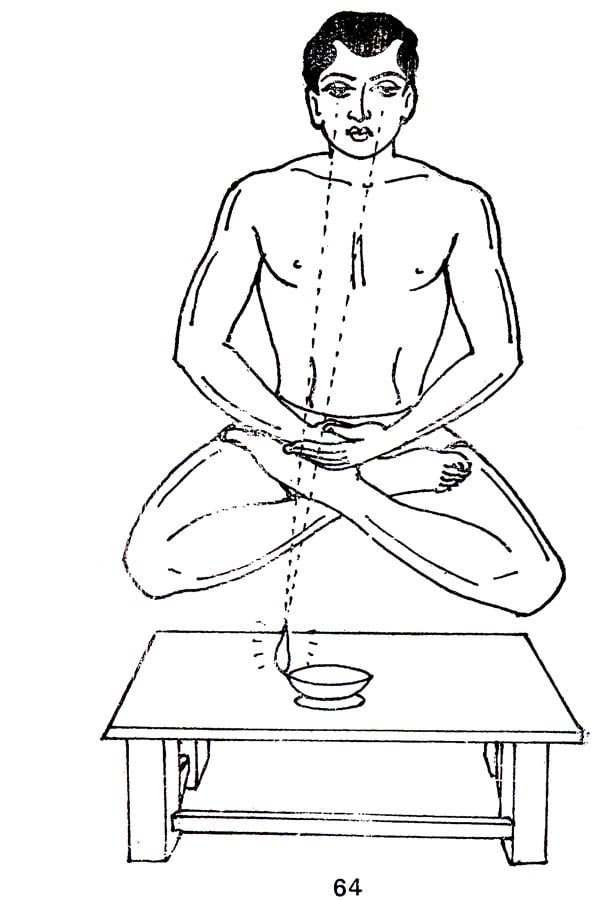 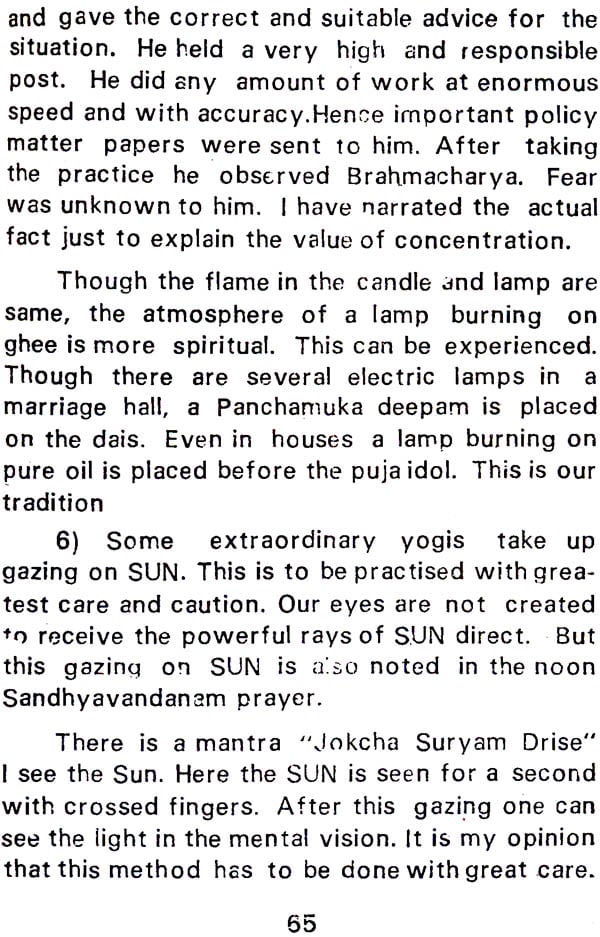 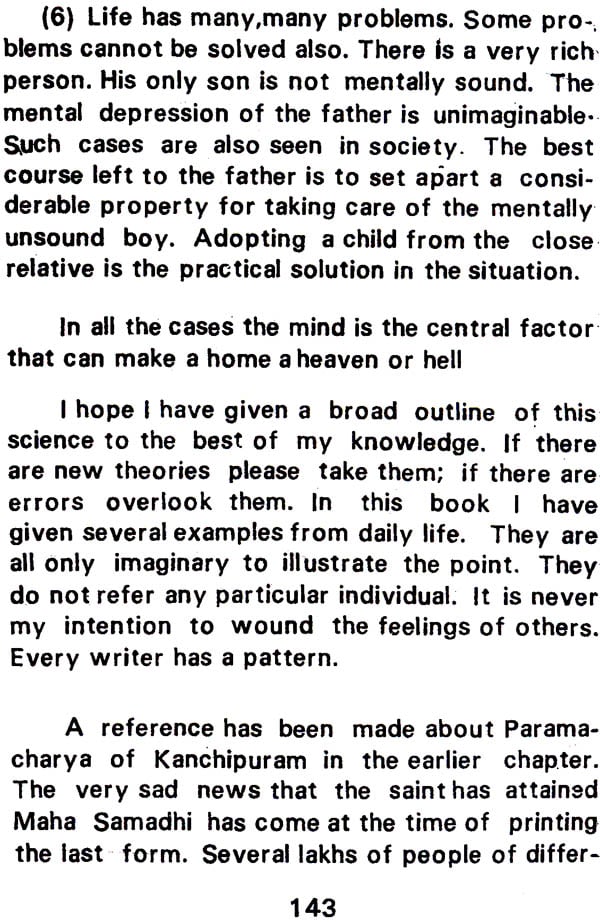 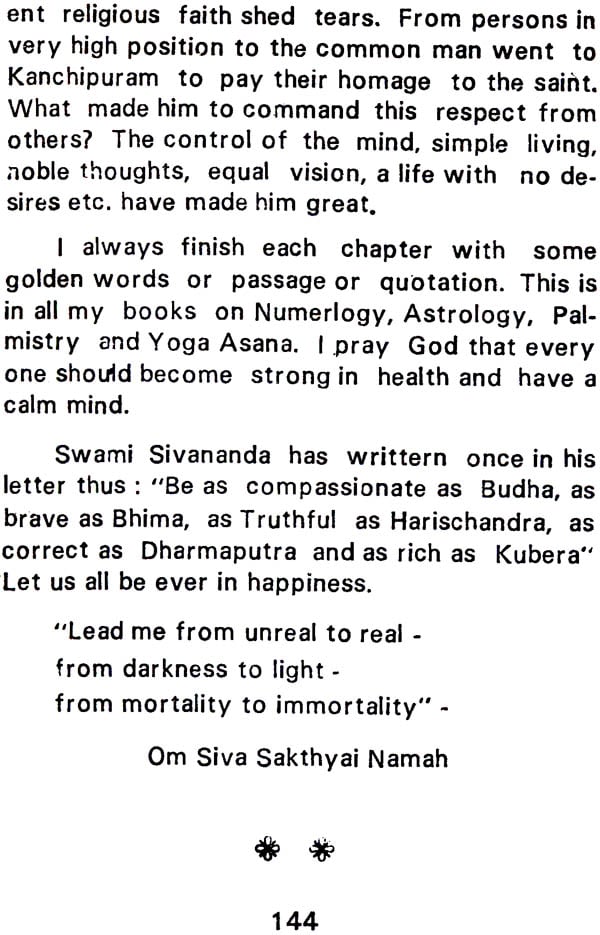 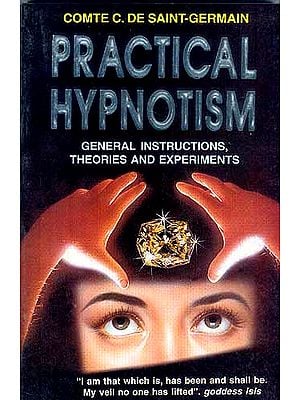 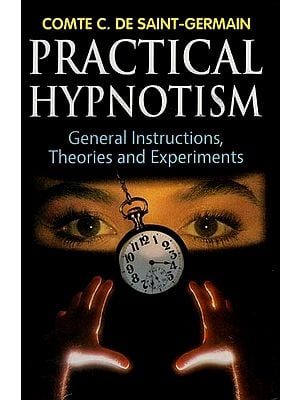 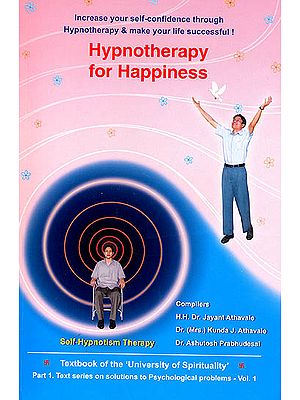 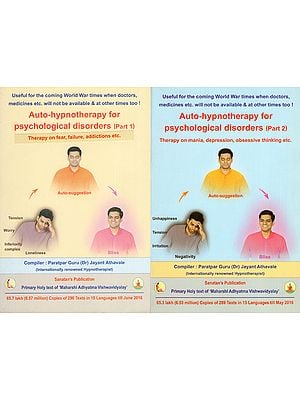 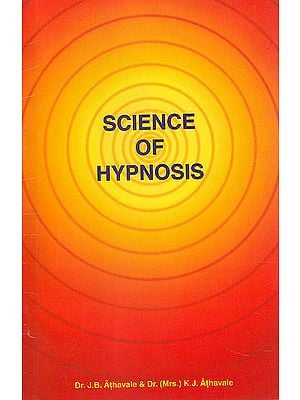 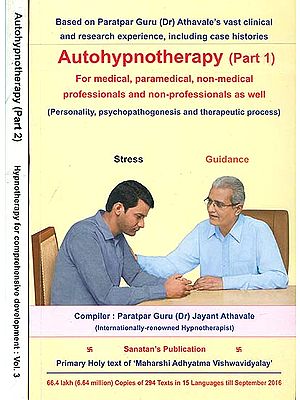 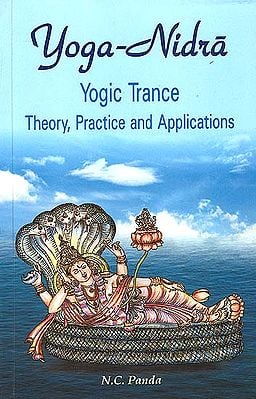 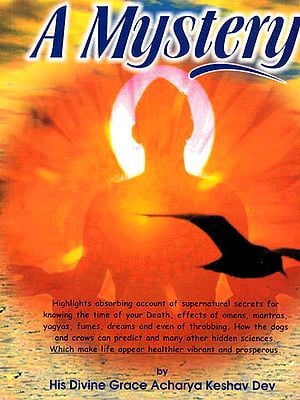 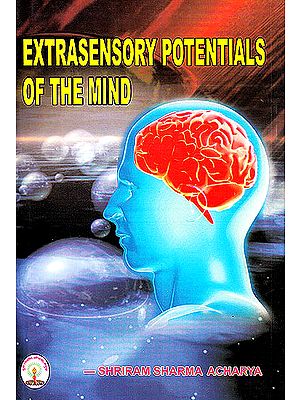 Extrasensory Potentials of the Mind (Old and Rare Book)
By Dr. Prem Kumar Sharma
$29
Out of Stock 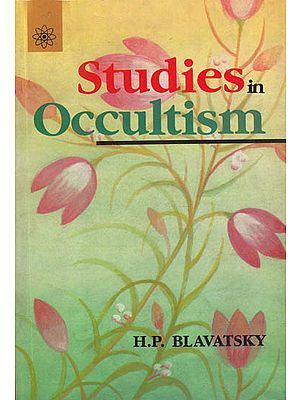 Zen-Yoga: A Creative Psychotherapy to Self-Integration
By P.J.SAHER
$20
FREE Delivery
Bestseller
$40  (50% off) 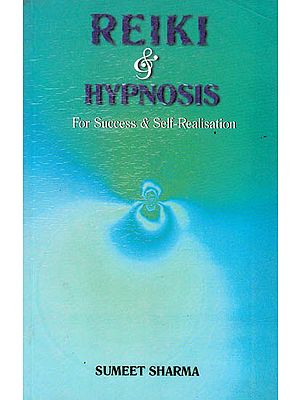