This work is a well-researched attempt to analyse the Vaisnava iconography of Orissa, which is unique in that there are to be found an overwhelming number of Visnu images in the region despite paucity of Visnu temples and inscriptional evidence suggesting royal patronage. Dr. Donaldson here undertakes a detailed study under four heads: Vaisnava iconography proper including Hari-Hara and other composite images and those of Visnu's female consorts; images of Visnu in his different avataras; depiction of Balarama, Krsna and Jagannatha, and iconography of what are termed 'secondary figures' like Garuda and Hanumana. He presents various iconographic charts throughout the book of the basis of textual description of the many images and their representations in sculpture with a number of photographs of the images studied, he provides details on the physical attributes of each group of images and specific images and their evolving iconographic and stylistic peculiarities: such as the decline of a particular motif and the emergence of another depending on the popularity of sects. The author also traces with keen interest the influence of Vaisnavism on the iconographic programme and rituals of Saiva temples, resulting in even joint worship of Vishnu and Siva. For each type of iconography, the book cites examples of different Orissan temples and discusses the images in them.

The book would be of immense interest to scholars of religious studies and particularly those concerned with Hindu iconography.

Prof. Thomas E. Donaldson, born in Charlevoix, (Michigan) in 1933, received his MA degree from Wayne State University (Detroit) in 1963 and Ph.D. from Case-Western Reserve University (Cleveland) in 1973. He taught Art History for three years at the University of North Dakota and have been teaching at Cleveland State University since 1969.

Prof. Donaldson has been studying Indian Art, specifically the art of Orissa, for more than thirty years. In addition to 45 articles on Orissan art in leading international journals and festschrifts, his publishing credits include; a monumental 3-volume book on Hindu Temple Art of Orissa (1985-87); Kamadeva's pleasure Garden in Orissa (1987); the text for Ornaments of Orissa co-authored with R.P. Mohapatra (1998); Sculptural Masterpieces from Orissa; Style and Iconography co-authored with K.S. Behera (1998); and a forthcoming 2 volume book on the Iconography of the Buddhist Sculpture of Orissa.

This project was originally planned in 1980 to be a cooperative effort with B.K. Rath of the Orissa State Archaeology but, due to the increasing length of the manuscript and difficulties in communication, I have decided to publish my contribution, the Iconography of Vaisnava Images in Orissa, independently. B.K. Rath's contributions were to include in introduction on the "Growth and Development of Vaisnavism in Orissa", a "Survey of Vaisnava Shrines", and a conclusion on the "Impact of Visnu Worship in the Life of the Oriya People". His proposed contributions can likewise stand on their own merit as an independent publication and hopefully this will come to fruition in the near future. Although my book is now without an introduction on the development of Vaisnavism in Orissa, I refer the reader to the excellent chapter on "The Advent of Visnuism in Orissa" by H. von Stietencron in the monumental Cult of Jagannath and the Regional Tradition of Orissa. My primary interest is with the images themselves and their evolving iconographic and stylistic peculiarities. One of the most interesting phenomena is the overwhelming number of surviving Visnu images, even in early periods, despite the paucity of Visnu temples or inscriptional evidence implying royal patronage. Aside from the single image from Koraput in western Orissa which corresponds iconographically to post-Gupta images, the majority of early images are situated in northern Orissa with the earliest cognate group of large images corresponding iconographically to the Adimurti-Vasudeva form popular throughout northern India, especially in Bihar/Bengal, suggesting that these northern traditions probably infiltrated Orissa along with brahmana immigrants during the struggle for hegemony between Harsa, Sasanka and Pulakesin II as mentioned by Stietencron. It is possible that many of these images were worshipped within Saiva compounds, suggesting that a close and harmonious association between Siva and Visnu existed from very beginning of temple construction in Orissa. Evidence for the later joint worship of Siva and Visnu is apparent not only in the erection of adjacent twin temples, as at Gandharadi and elsewhere, but equally in the exterior syncretistic iconographical programme, as on the Simhanatha temple, the Catesvara Siva temple at Kisenpur, and the Daksaprajapati Siva temple at Banpur. This concept of joint worship, as noted by Stietencron, provided the basis for the Jagannatha trinity developed in the Ganga period. Its continuing influence is evident today even in the daily worship of the sanctum linga of the Lingraja temple, which is invoked as Hari-Hara by the temple priests.

I have included various iconographic charts throughout the book which include only images which I have examined or which I have examined or which have been published by other scholars. They are thus a sampling of surviving images and should serve only as a framework for more exhaustive future lists. The number of images from Ganga and post-Ganga temples is staggering and precludes us from including them in this modest work. Any study on the Vaisnava art of Orissa, of course, must remain incomplete until the plethora of images in the compound of the Jagannatha temple as Puri are made accessible to scholarly research. Although photographing the sanctum images of living temples is often difficult, being either inaccessible or mostly obfuscated by drapery and flowers, they are invariably of the Janardana form. 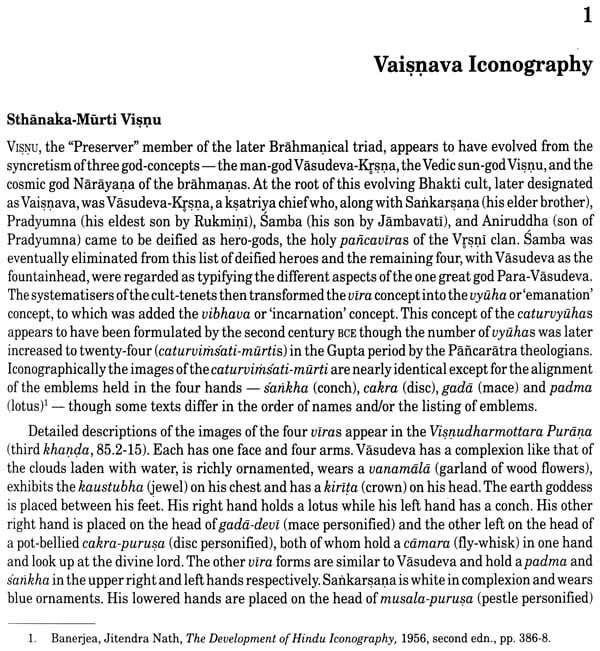 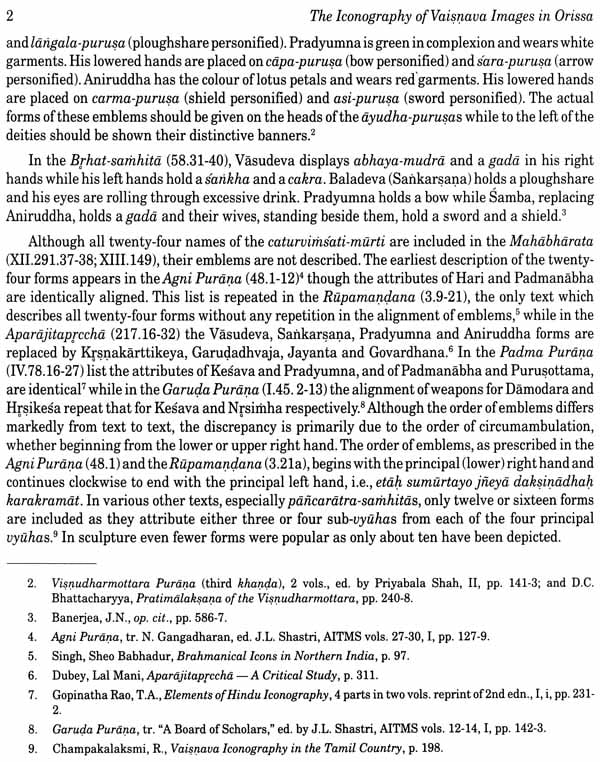 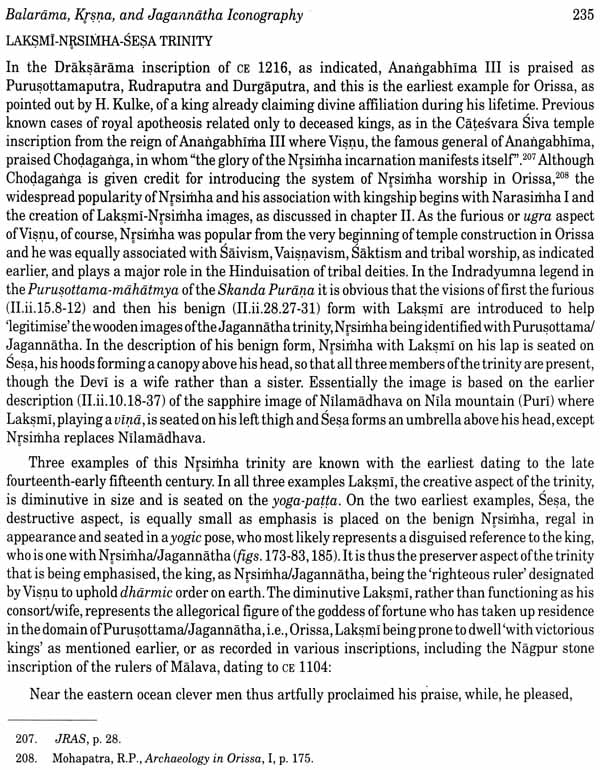 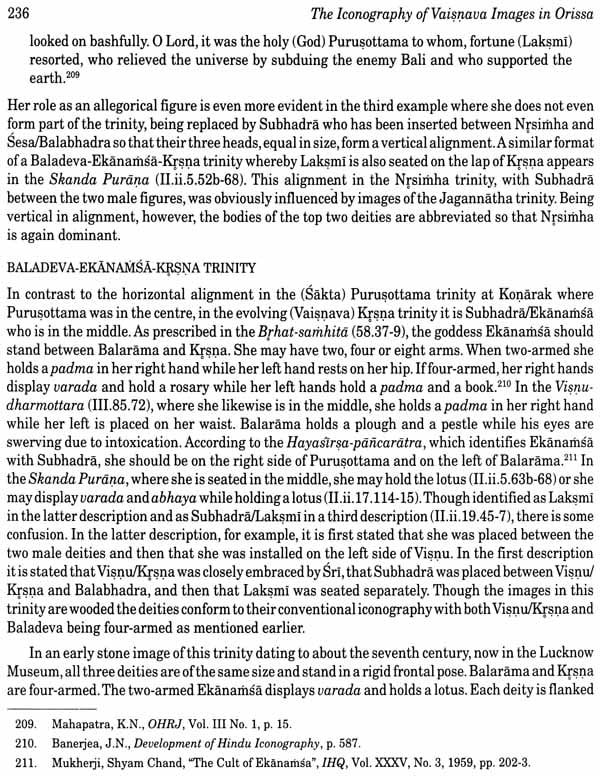 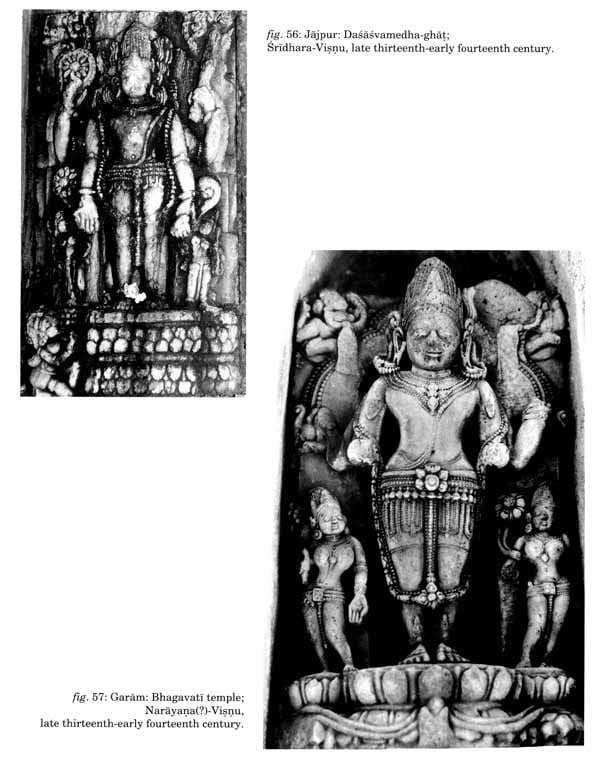 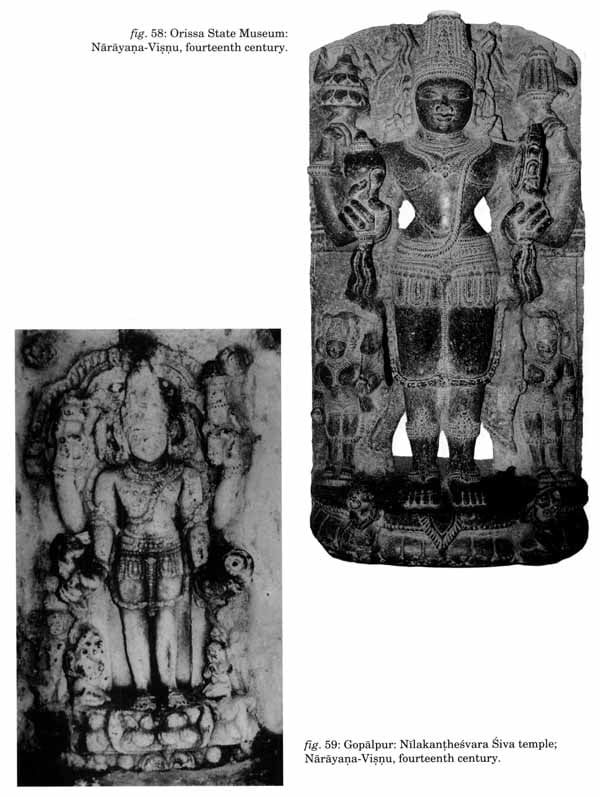 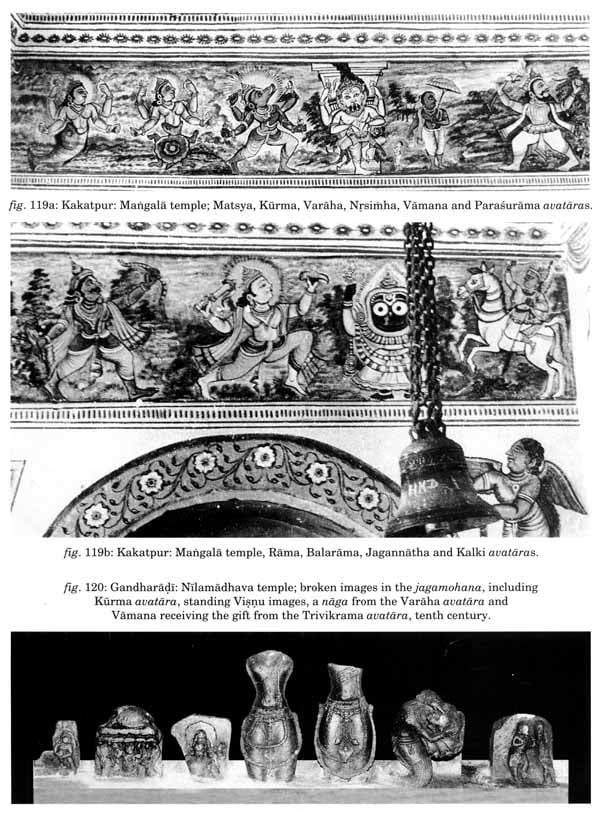 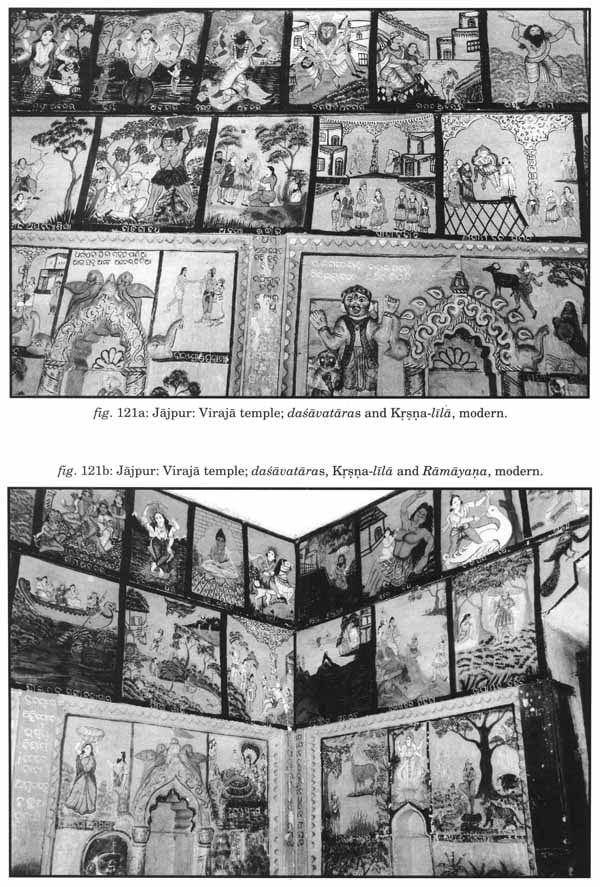 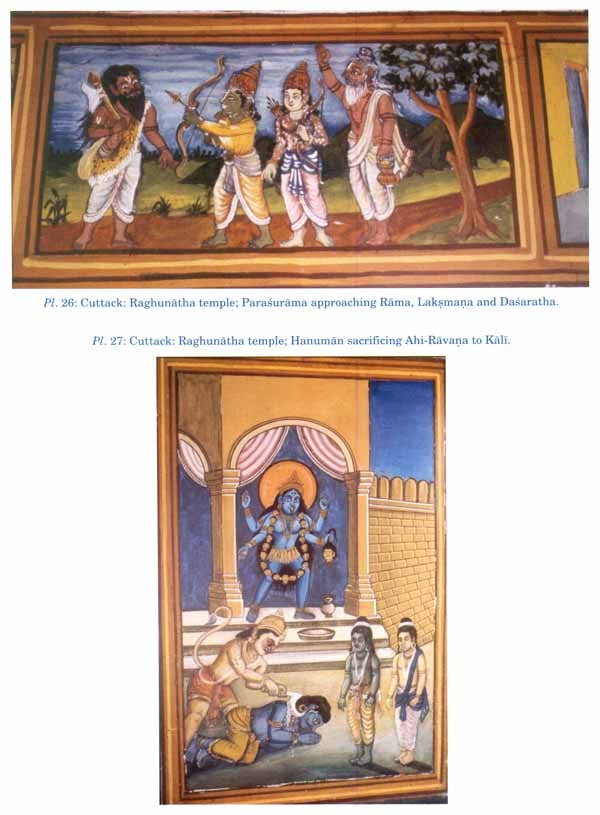 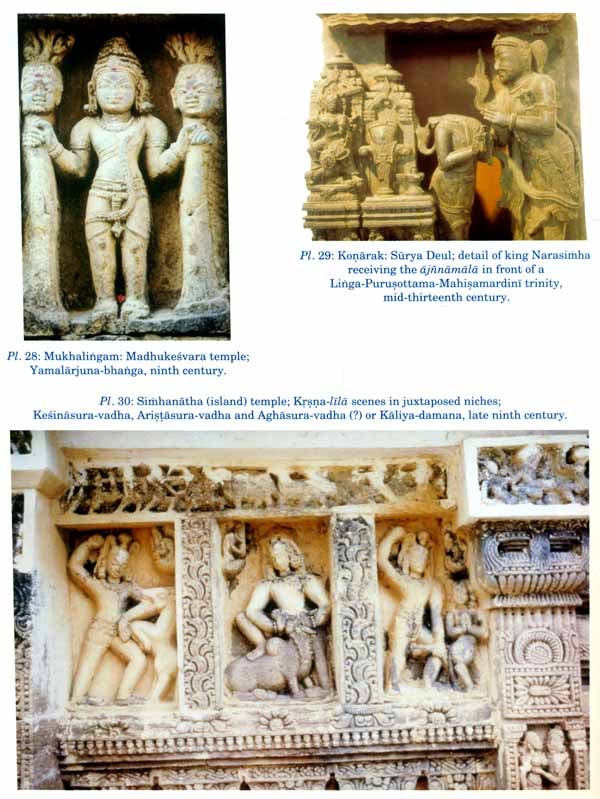 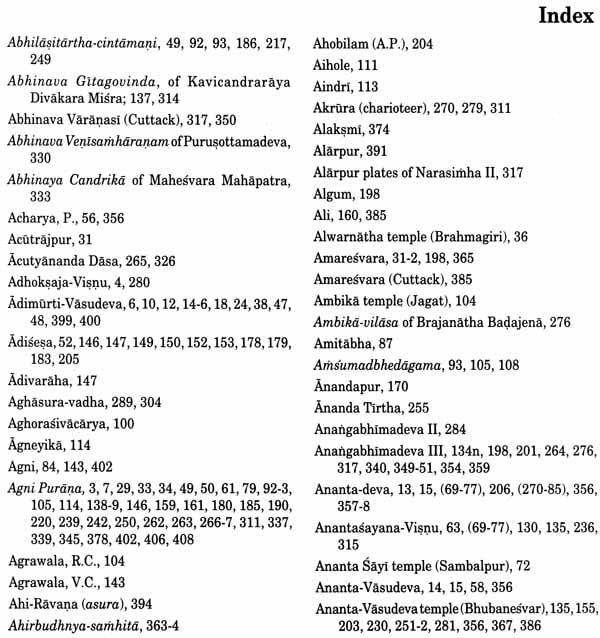 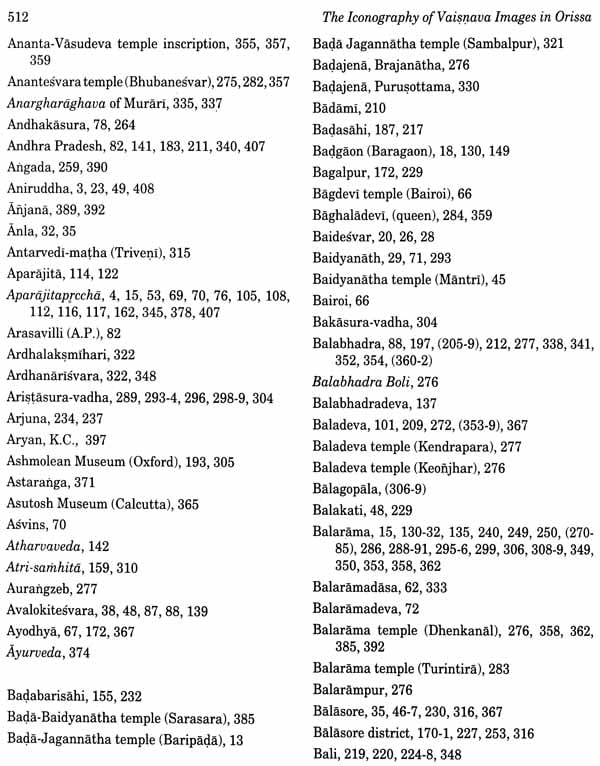 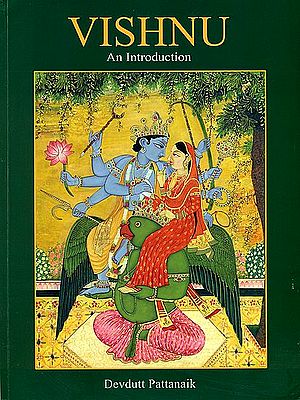 The Temple In South Asia: Archaeology and Text
By Himanshu Prabha Ray
$53
Sold Out
Book FAQs
Add a review
Have A Question