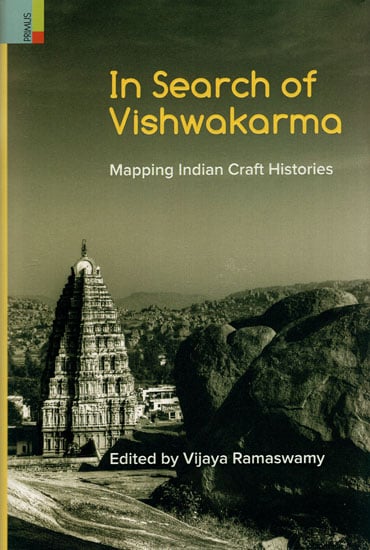 `The Indian craftsman conceives of his art, not as the accumulated skill of ages, but as originating in the divine skill of Vishwakarma and revealed by him', wrote Ananda Kentish Coomaraswamy, in his book The Indian Craftsman. For the traditional Indian craftsman, crafts and worship have a symbiotic relationship.

Vishwakarma is both God and man, the divine architect of the Gods and the God of craftsmen, worshipped by all the artisanal communities, across the country. He is both signifier and signified.

Vishwakarma is 'the sum total of consciousness, the group soul of individual craftsmen of all times and places' and simultaneously a community of craftsmen living their everyday lives-crafting icons and building monumental structures, while struggling to eke out a living as artisans. This volume on the conception and perceived realities of the Vishwakarma seeks to explore the hermeneutics of `Vishwakarma' and to document a rich tapestry of images as well as historical information regarding crafts and craftsmen through the ages.

Vijaya Ramaswamy, formerly Professor at the Centre for Historical Studies at Jawaharlal Nehru University, is the author of The Song of the Loom: Weaver Folk Traditions (2013); The Historical Dictionary of the Tamils (2007, 2nd edition 2017); and Textiles and Weavers in South Indian History (1985, 2nd edition 2006). Her book Walking Naked: Women, Society, Spirituality in South India (1997, 2nd edition 2007) won her the Best Woman Historian Award in 2000. She is currently a Tagore Fellow at the Indian Institute of Advanced Study, Shimla.

Tt is only in the last four decades that the mapping of everyday lives It histories has become a significant work domain for the Indian academia. Although remarkable strides have been made towards looking at the peasant society in Indian history, other areas still remain a virgin terrain. Research works focusing exclusively on the history of crafts and artisanal communities are few and far between. Ananda Kentish Coomaraswamy, the Sri Lankan scholar, set in motion the process of mapping the history of Indian crafts with his monograph, The Indian Craftsman, published way back in 1909 and in his collection of essays titled The Dance of Siva, which was published in 1918. Kamaladevi Chattopadhyaya's and Pupul Jayakar's writings on Indian craftspersons were pioneering works in the difficult task of penning the history of crafts and craftsmen. Kamaladevi wrote her Glory of Indian Handicrafts in 1976, while Jayakar's The Earthen Drum-which focussed exclusively on rural crafts-followed in 1980.

Meera Mukherjee's writings in the context of Bengal are also well known. Her first major book on crafts, Metal Craftsmen in India was published in 1978, while the better known work, In Search of Viswakarma, was published in 1994. Following in their footsteps, younger scholars began to study the early histories of the Vishwakarma community in different regions. Jan Brouwer's book The Makers of the World: Caste, Craft and Mind of South Indian Artisans, published in 1995, was one such effort, although this was written from the perspective of a sociologist. In 1986, Pupul Jayakar commissioned me to do a monograph on Weaver Folk Traditions for the Handloom and Handicrafts Board. This manuscript, which lay with the Crafts Museum for many years, finally saw the light of day when it was published under the title The Song of the Loom in 2013. This edited volume, which draws on the work done by scholars working with vernacular material, is a further step in mapping craft histories. The present volume seeks to bring together histories of crafts from the precolonial period to the early years of colonial rule in India, written from regional perspectives. Although one could think of the inclusion of the works of a few scholars from outside India who have worked on the history of crafts, the aim was to bring together scholars from various regional centres, who have mastery over inscriptional and literary sources available in their region/subregion.

Therefore, the presence of metropolitan scholars will be less marked in a volume of the present sort, which seeks to understand subaltern histories through the voice of scholars situated within their regions/subregions, and who are best equipped to study craft histories from multifarious perspectives using different linguistic tools. 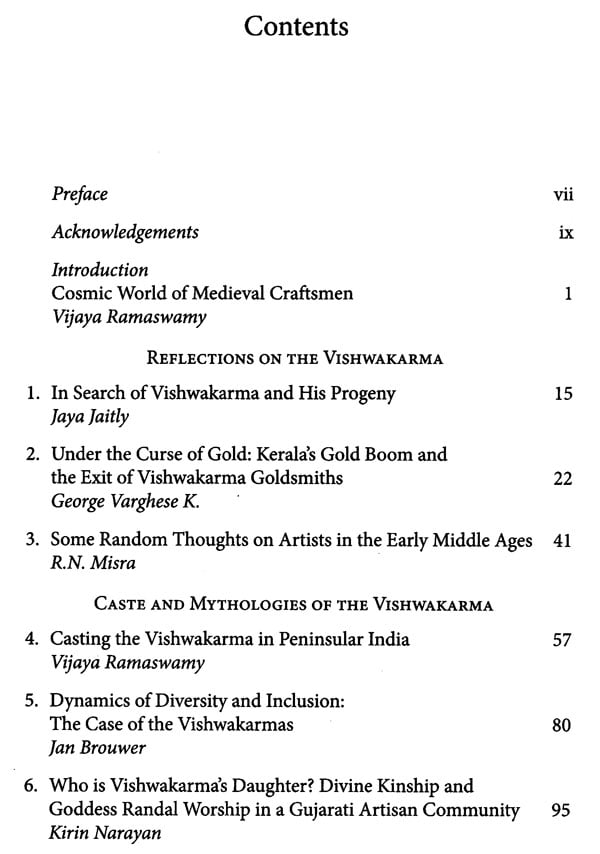 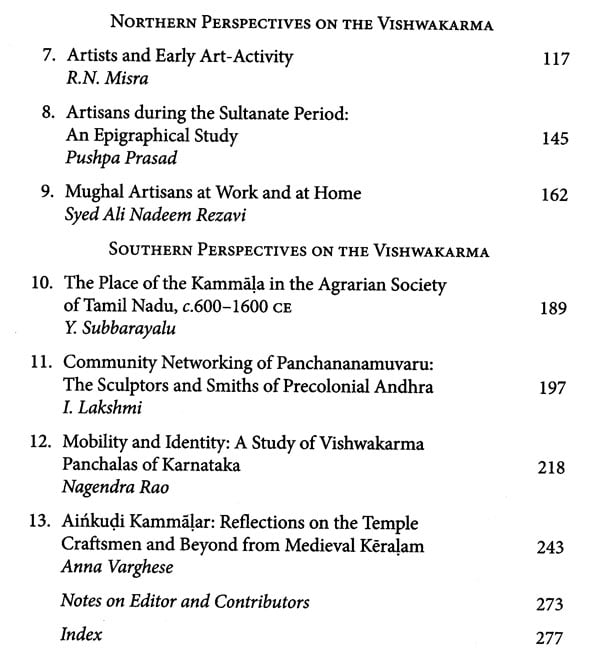 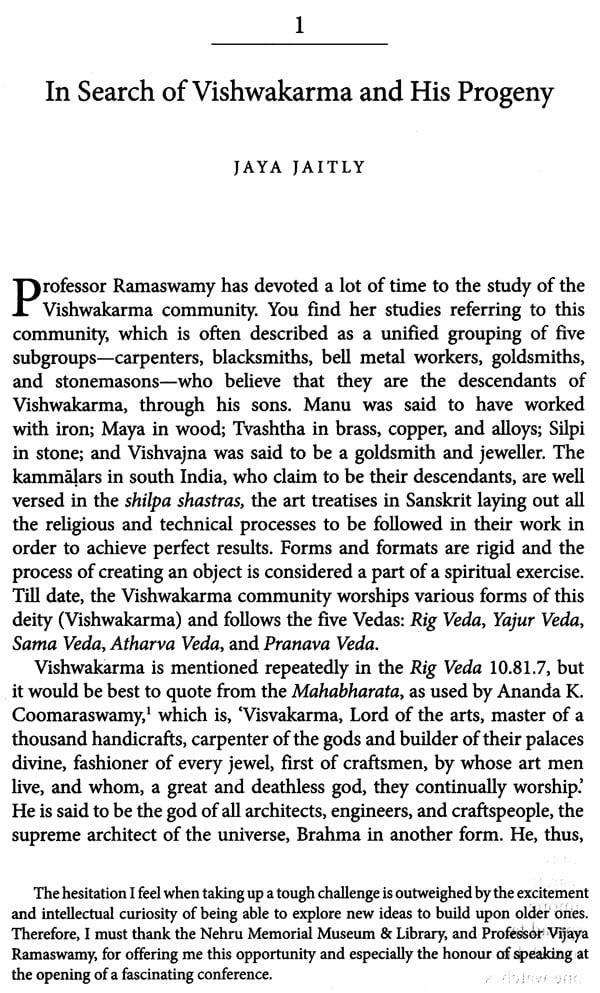 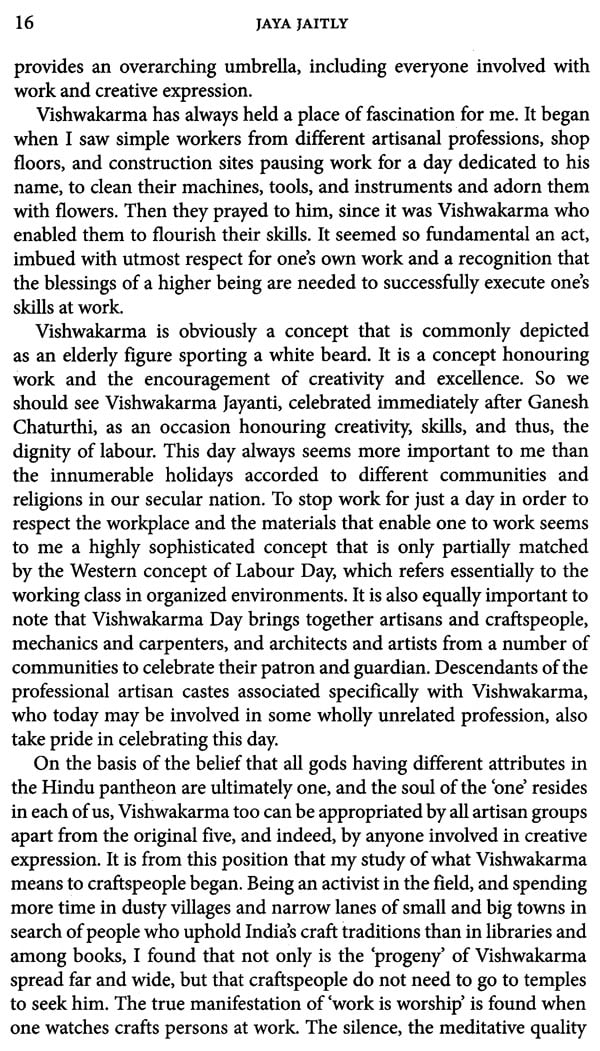 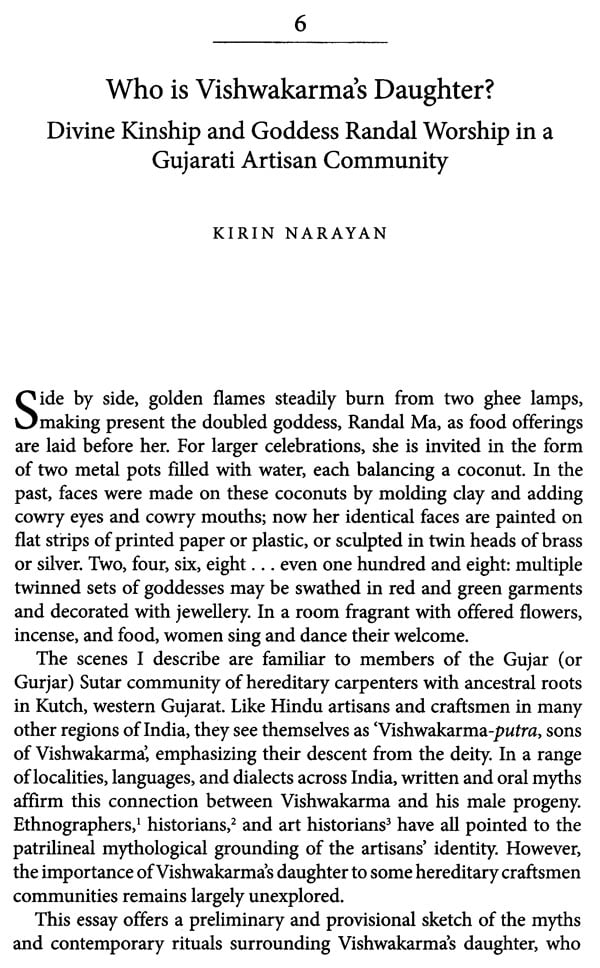 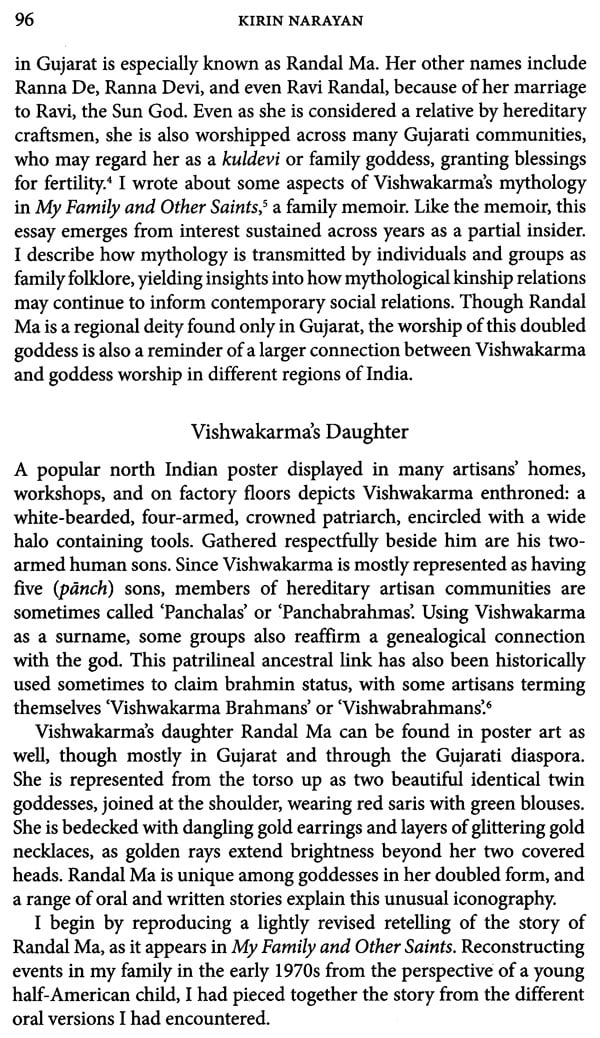 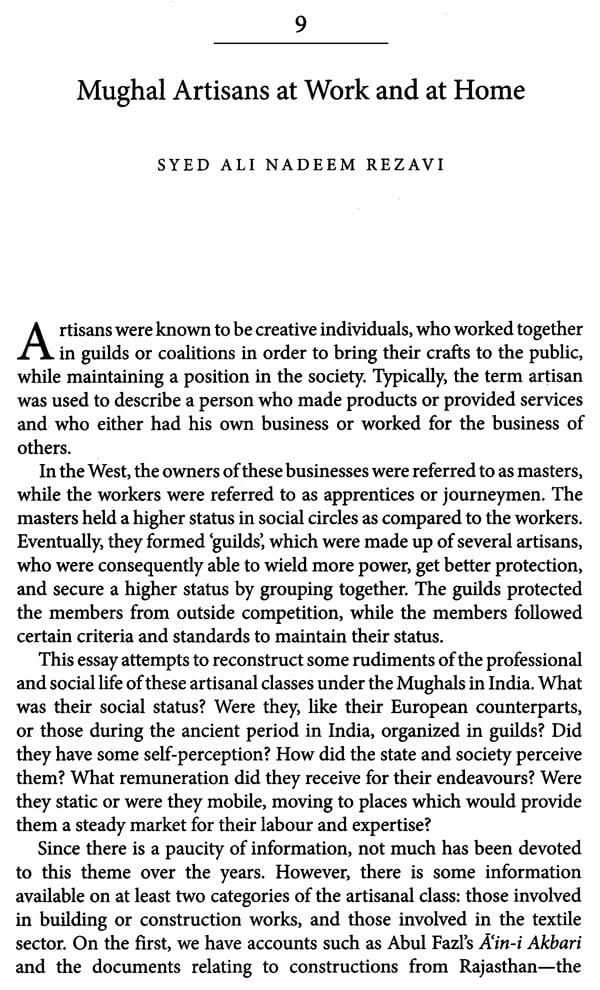 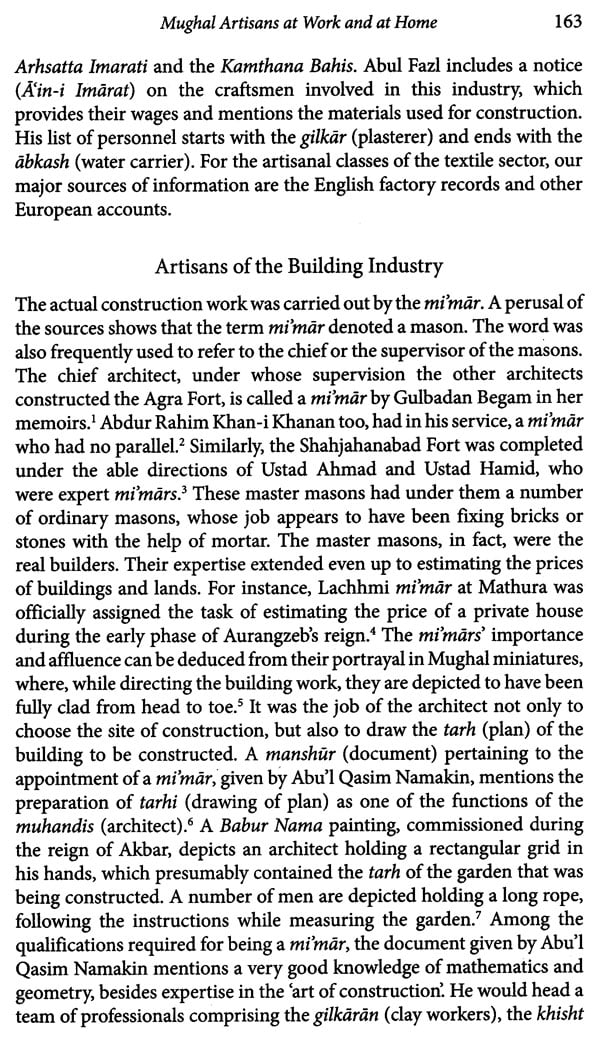 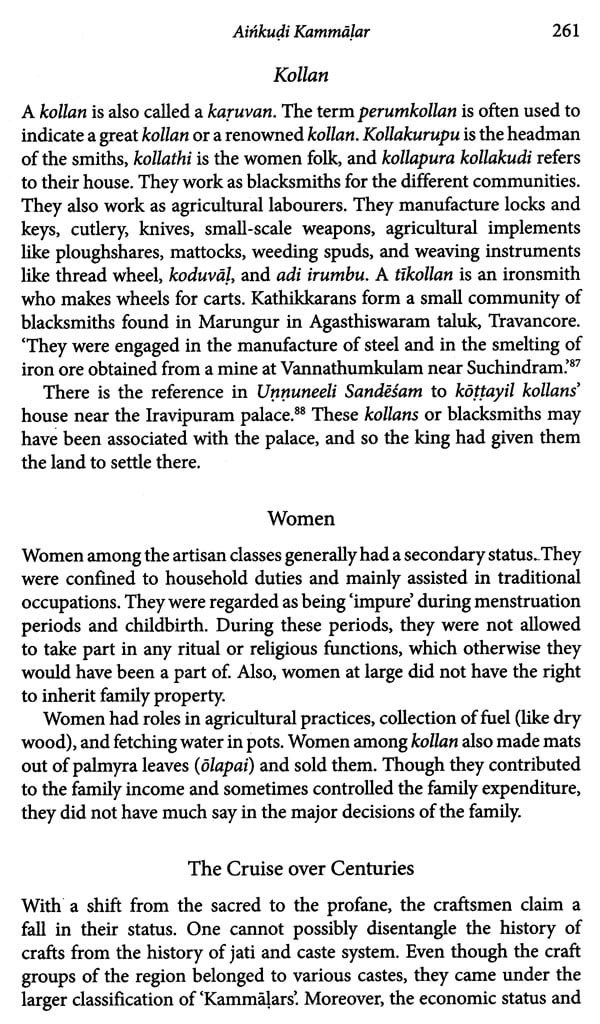 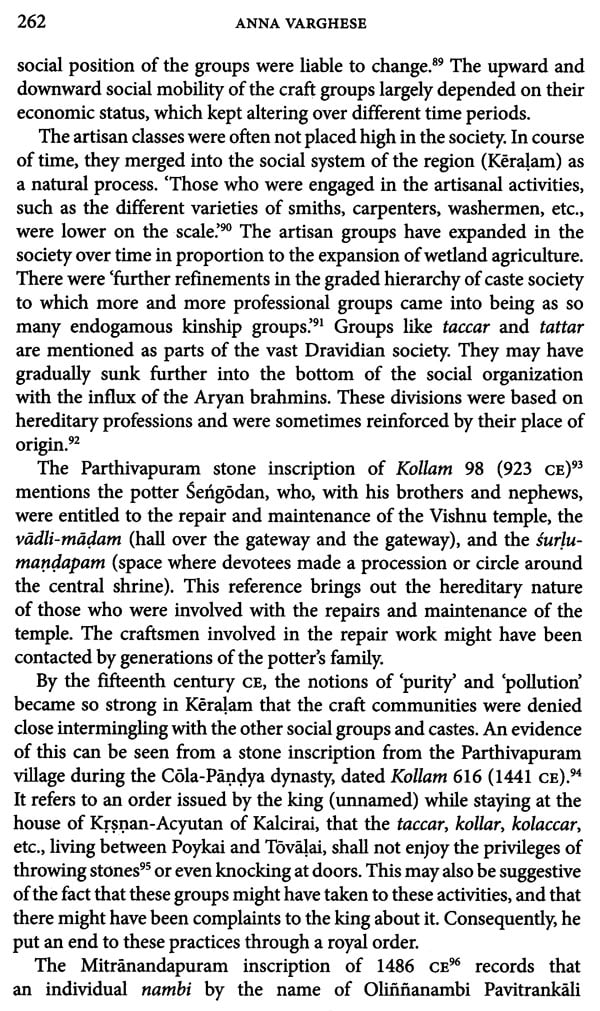 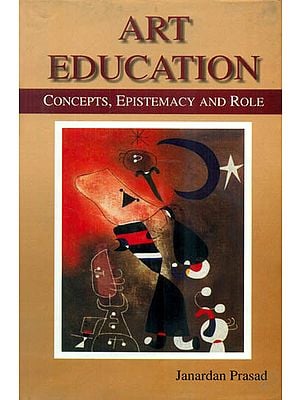 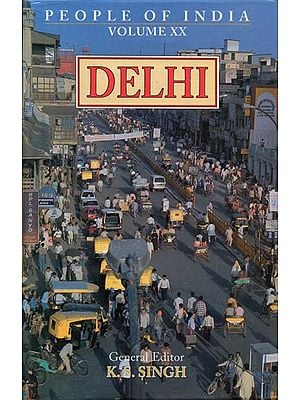 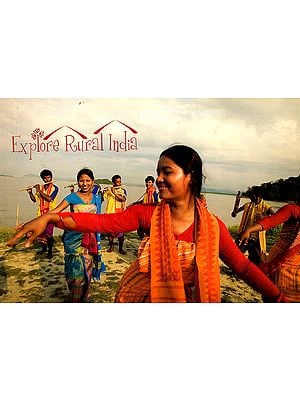