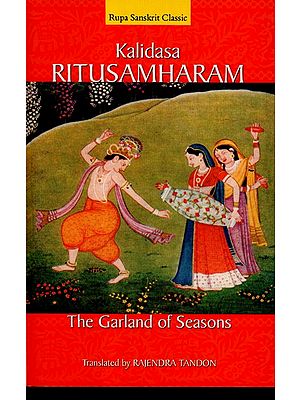 Ritusamharam is one of the earlier works of Kalidasa who has been acknowledged by critics all over the world to be the greatest of Sanskrit poets. The choice of the title of the poem, written in six cantos, shows the precision in the author's thinking. He could have named it a bouquet of seasons. However, he called it a garland of seasons. A garland goes around and becomes an endless circle of fragrant flowers. So is the natural cycle of seasons. Effortlessly one ceases and merges into another all the year around. There is no sudden break, no unpleasant hiatus. The seasons are as much eternal as the sun, the earth, and the moon. What Kalidasa has written is eternal for the same reason. It continues to give pleasure to readers to date. It will continue to delight the generations to come.

Sri Aurobindo called Kalidasa 'a true son of his age' in that he dwelt 'on the artistic, hedonistic, sensuous sides of experience,' that `he was pre-eminently a poet of love, and beauty and the joy of life.' Kalidasa belonged to the 'Golden Age' of Indian Culture. He lived in times when painters created masterpieces on the walls of Ajanta caves. India traded with the entire known world in spices, silks, coral, and precious stones. Kalidasa's works record these times. This aspect is one of the several reasons for their significance for posterity. 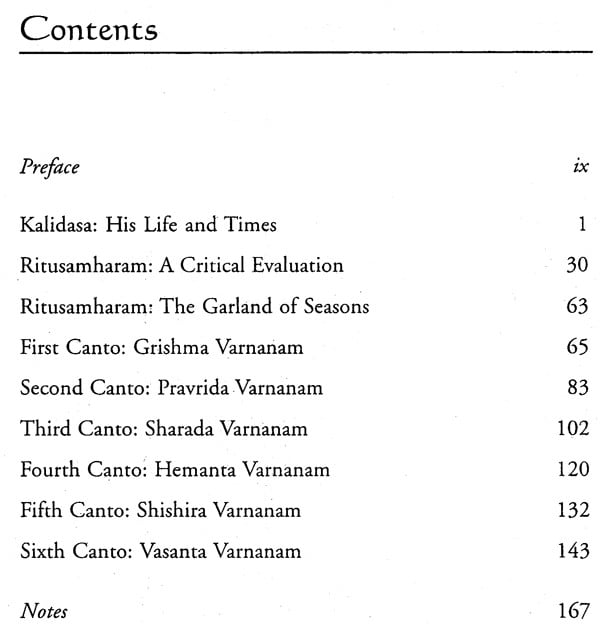 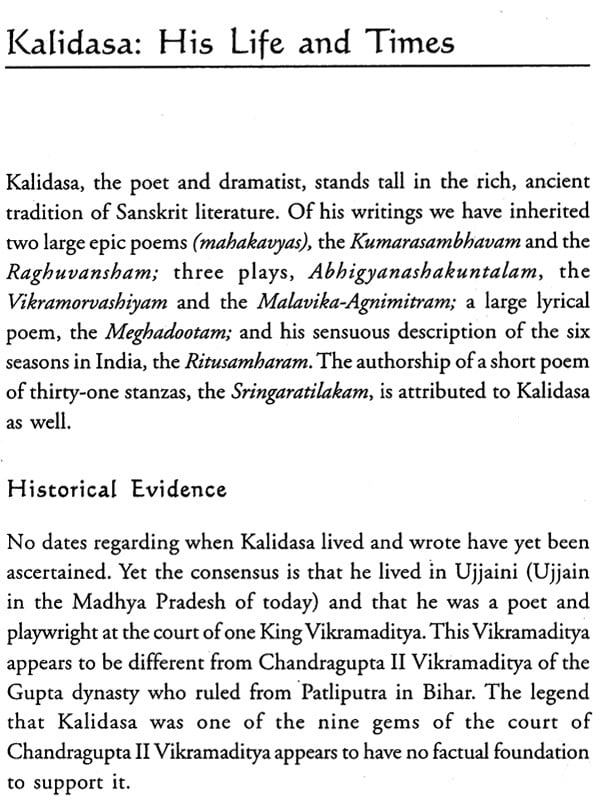 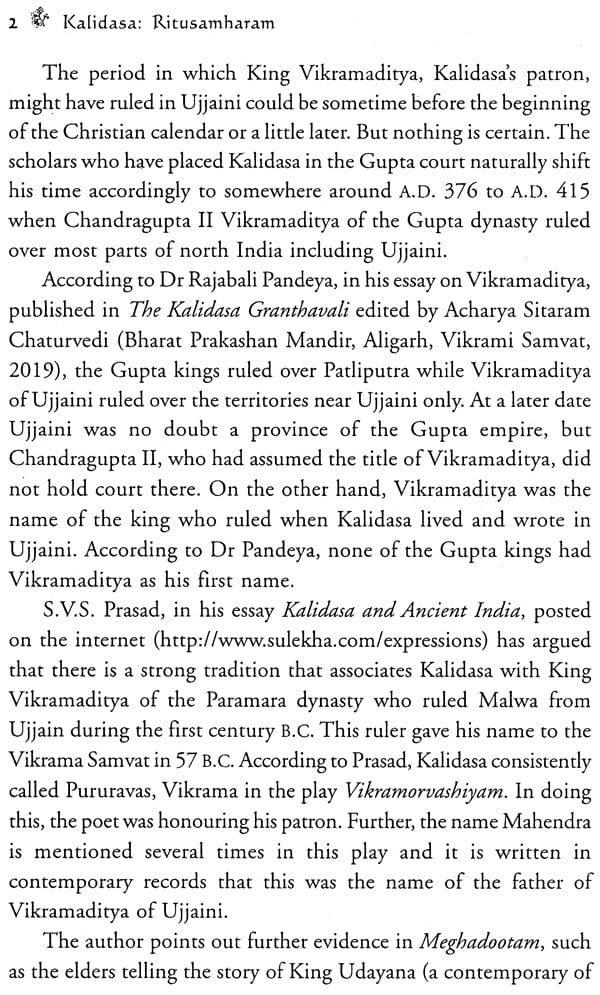 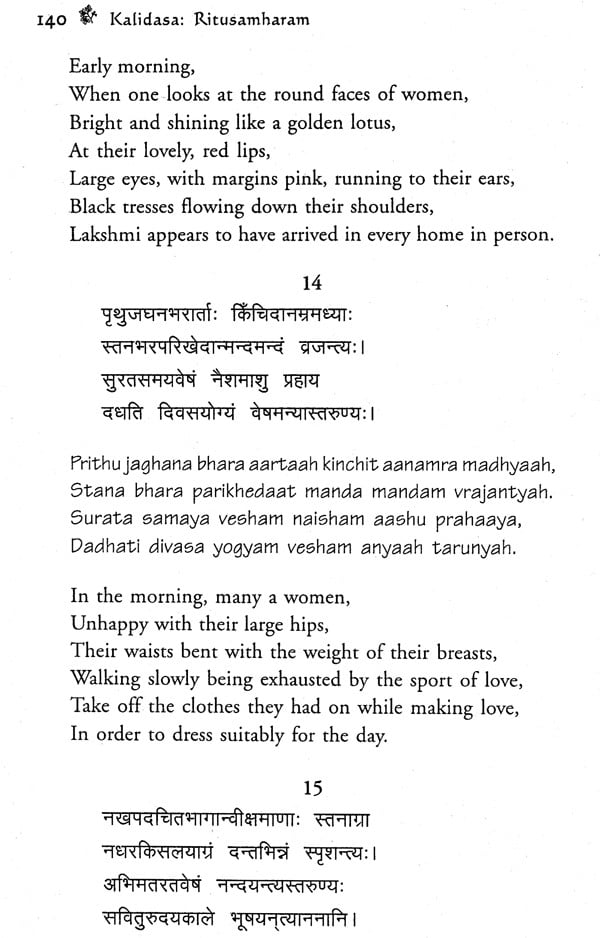 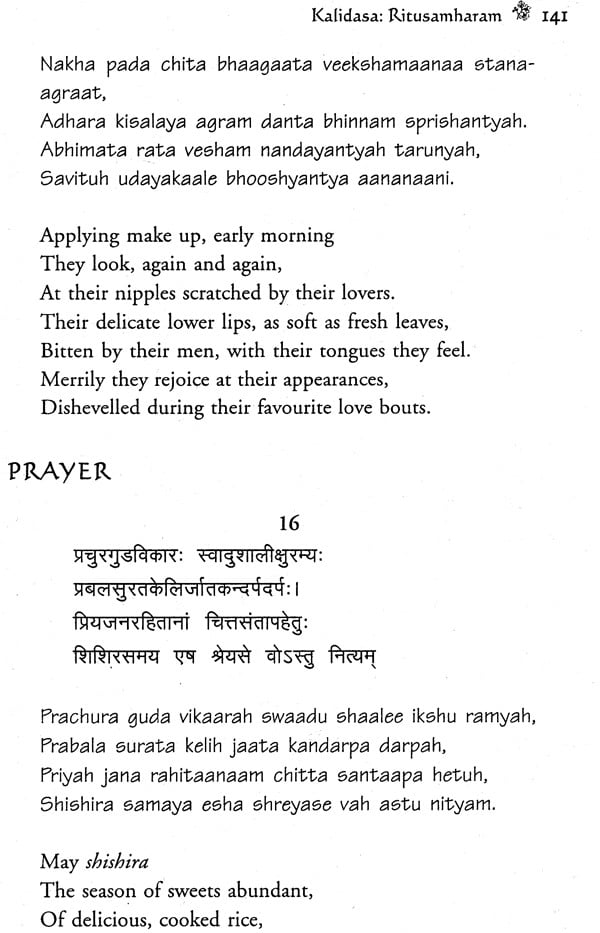