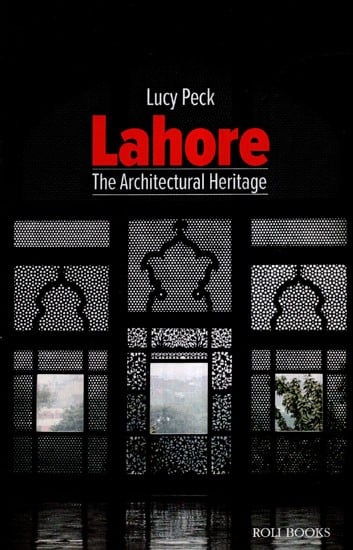 This guide to Lahore narrates the history of the city and with the help of maps, photographs, and line drawings, explores the background to numerous historic buildings from the Mughal, Sikh and colonial eras.

Lucy Peck was educated in the UK and is a qualified architect with a degree in town planning. She lived for ten years in Delhi and wrote Delhi: A Thousand Years of Building (2005), Agra: The Architectural Heritage (2008) and Fatehpur Sikri: Revisiting Akbar’s Masterpiece (2014), all published by Roli Books.

I have lived in Lahore most of my life and it is a city I love. When I was a child there was a population of 250,000 people in the city, of which 100,000 lived in the walled city, including some of my relatives. Outside the walled city it was a very sparsely populated place, where people could walk in leisure from one end of Anarkali to the other, or drive up and down the bazaar in both directions. We could ride horses down the Mall road and alongside the canal. Model Town was a remote suburb. Lahore was a mature, static, and civilized city and in those days we assumed it would remain like that always. In a sense it has: people are still polite to each other, we enjoy excellent food, and, as Lucy Peck demonstrates in this book, some of the buildings also survive, even if, sometimes, in perilous condition.

This is a book written for us, the inhabitants of Lahore, to help us understand our city better and, as well as giving an overview of the well-known sites of Lahore, it guides us to lesser-known sites that have become submerged by the rapidly expanding city.

Visiting other cities, both in our sub-continent and worldwide, it strikes me how important the architectural heritage in each place is, both for creating a pleasant and interesting environment for local residents, and also in attracting visitors, who themselves help the local economy. Pakistan receives virtually no tourists at the moment, but we all hope that things will change. If so, Lahore is one of the first places that they will come to and we must make sure that their expectations are fulfilled. In the last few years much has been done to improve the condition of our built heritage, for instance in the Fort and parts of the walled city. This book should help us to focus on other areas as well.

We cannot thank Lucy Peck enough for the diligence and commitment with which she has not only written the text, drawn the architectural features, and taken the pictures to make this book a valuable document for us and the coming generations of Lahoris.

This book is about the history, growth and architecture of Lahore. The political history has had an impact on the city at every stage. Even though there are no buildings that pre-date the sixteenth century, the facts that the city existed for many centuries before that and that it was on a major trade route has had an impact on the current appearance of the city, such as dictating the positions of the main roads. More recent history has had a greater impact: widely scattered remains of gardens and burials attest to the vast extent of the Mughal city while the totally alien lifestyle of members of the British colonial power left the legacy of extraordinary differences in the morphology of different parts of the city, although the very low densities of colonial times are gradually being increased by redevelopment.

After the first two chapters, which trace the political history of the city and describe architectural styles found there, the book is organised as chronologically as possible, but by area. The third chapter describes the buildings in and around the Fort, an area that was almost certainly developed at least a thousand years ago and which contains the greatest number of Mughal buildings. The fourth chapter describes the walled city, being an integral part of Akbar's original construction when he built the fort. Here there are few buildings surviving from-the Mughal period; apart from a few mosques most of the buildings date from the nineteenth century and later, but the street pattern has remained constant and many buildings were built in a traditional style far into the twentieth century, so we still get a good idea of how the city would have felt in earlier times. The Mughals crossed the Ravi often and some of their finest buildings are found on the other side of the river. These are the subject of Chapter Five, while Chapter Six examines the fascinating area either side of the Grand Trunk Road towards the east, an area that was particularly popular with the late-Mughal Governors of Lahore and the Sikhs. Chapter Seven covers the huge area to the south of the city that became the colonial city.

There are a number of key sources referred to in the text. I regret that I was only able to make use of one of the `Ur texts' on Lahore, that of Syed Muhammad Latif, as it is the only one in English. The modern key text, Yasmeen Lari's Guide, does make use of Kanhaya Lal's slightly earlier Tarikh-e-Lahor. I also refer to several useful maps, the main ones being military maps made by the British in 1846 of the walled city and also the environs of the city and a large scale map made in 1867 which has a great deal of useful detail. After this there were a number of subsequent maps including the Three Inch Guide Maps of Lahore, brought out every few years from 1921 and the smaller scale OS maps. Among many exceptionally useful internet sites I most often used Raza Noor's www.ualberta.ca/-rnoor/ and Raza Rumi's www. lahorenama.wordpress.com/

This book is the result of a few concentrated weeks of exploration, augmented by book and internet research, the latter of which revealed a depth of devotion to the city that is encouraging for its future. I know that there are many mistakes, especially in the maps, but I hope that it will, nonetheless, be useful to those who are already enthusiasts and also to those who do not know the city so well. was given an enormous amount of help in Lahore and my thanks go to the staff at Nasheman and drivers Tariq Mustafa, Kushi Mohammad and Munir Khan for taking care of all my daily needs. I would like to thank Muhammad Siddique at the Lahore Museum, who introduced me to Rao Javed Iqbal of the Loh Kot Cultural and Heritage Society, my first guide in Lahore. Also from that Society, Syed Faizan Naqvi helped me in north Lahore. I was also helped by Mrs Naheed Rizvi at the Punjab Archives, Naazish Ataullah of NCA, Mr Shahbaz Khan, Maqsood Ahmad, and Amin Butt of the Archaeology Department, Lahore Fort; Nadhra Shahbaz Naeem Khan of LUMS, who put me in touch with Haris and Ahsan Ahmad who, with Rakiz Farooq, helped me explore the Walled City with great enthusiasm; Khalid Bajwa, of BNU, through whom I met Sadaf Chughtai, Umair Iqbal and Shimul Saha all of whom were keen and helpful companions. I am most grateful to Fakir Syed Aijazuddin, who helped me with a large amount of material and allowed me to visit Aitchison College. I am heavily indebted to Raza Noor, who created the excellent website www.ualberta.ca/-rnoor/ without which my research would hardly have got off the ground. I was also made welcome and helped by his family, especially Ajaz and Ahmed Usman Noor. I am very grateful to my husband Donald for judicious comments on the draft text. Above all I have to thank Syed Babar Ali, who encouraged me to undertake this project, and Sahil Zaheer, who organised my visits. 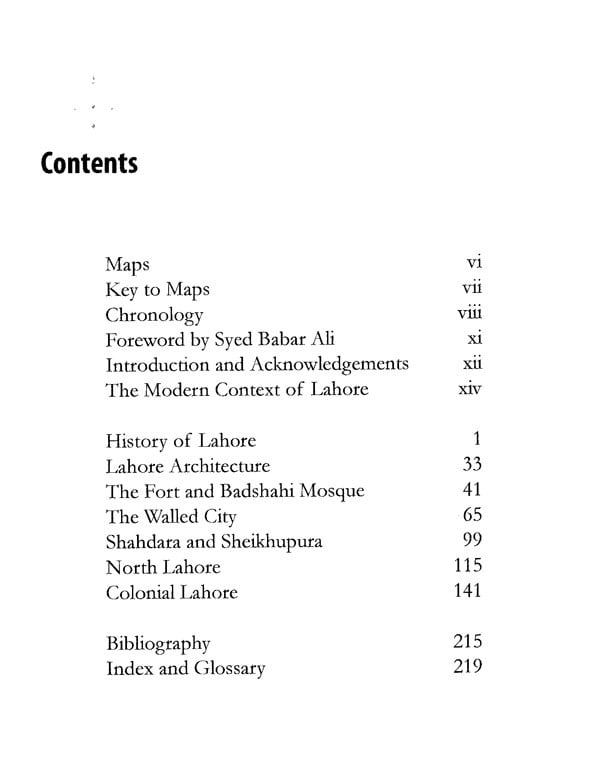 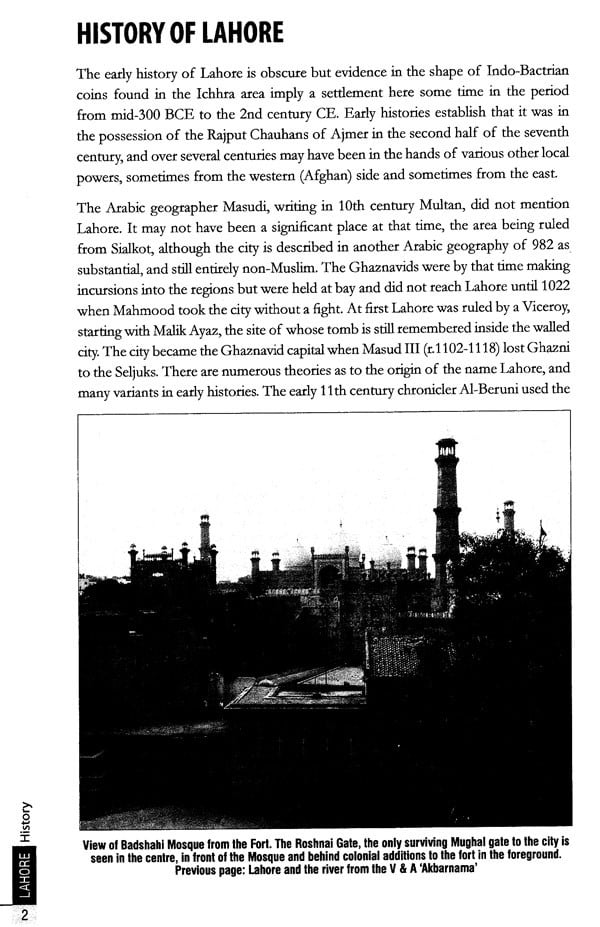 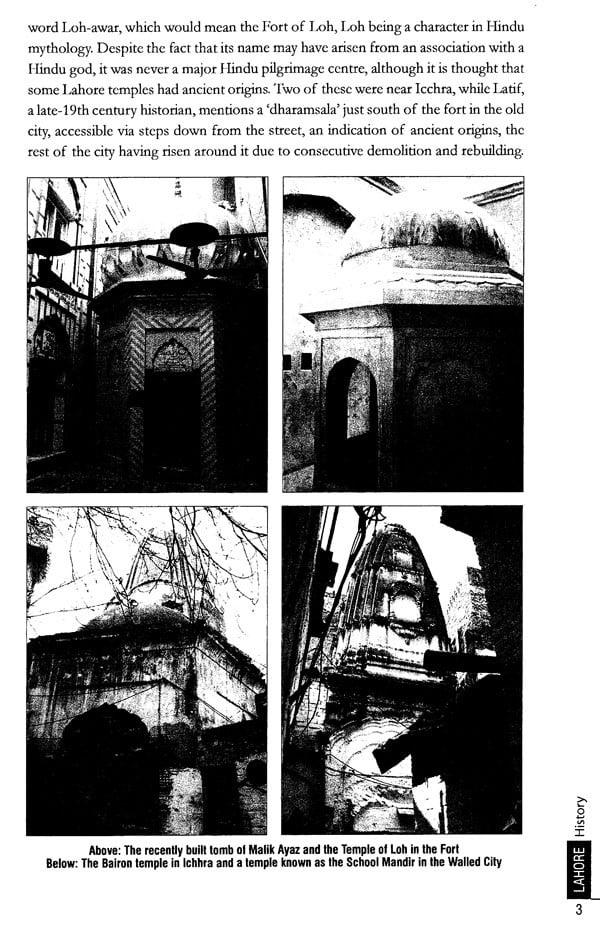 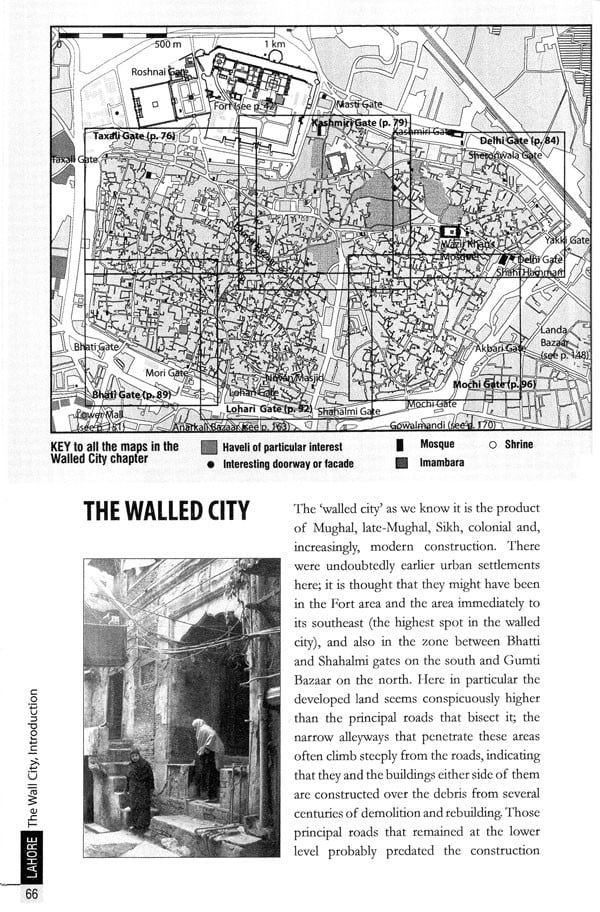 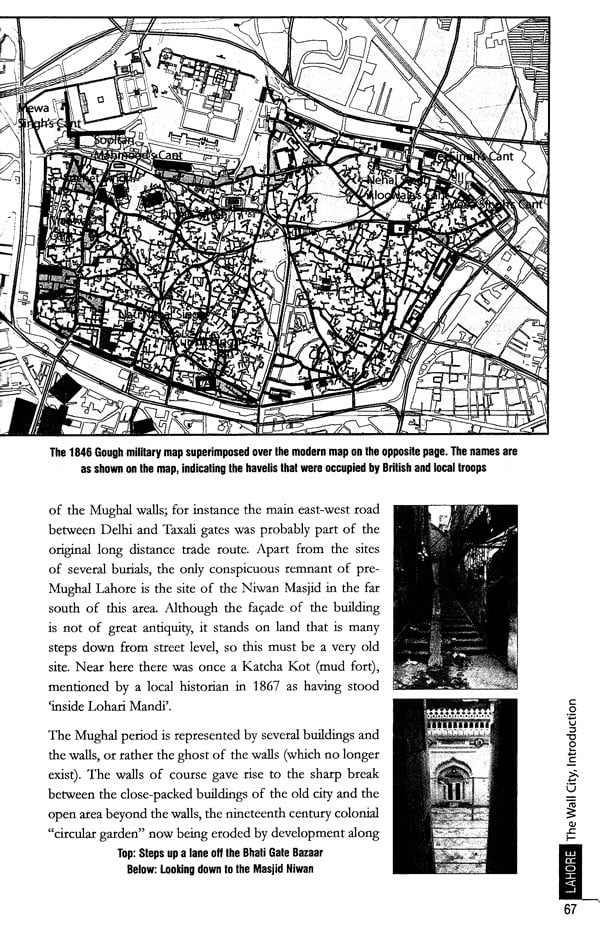 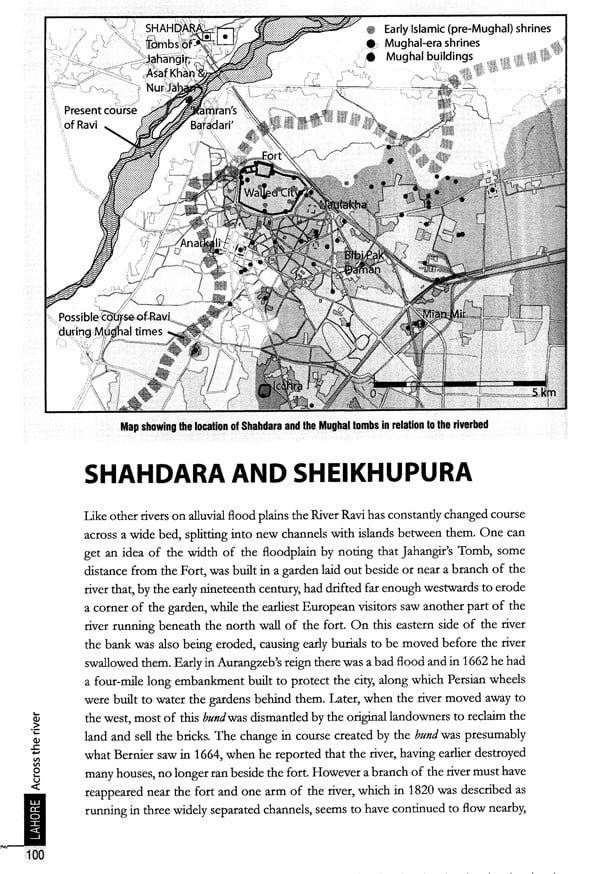 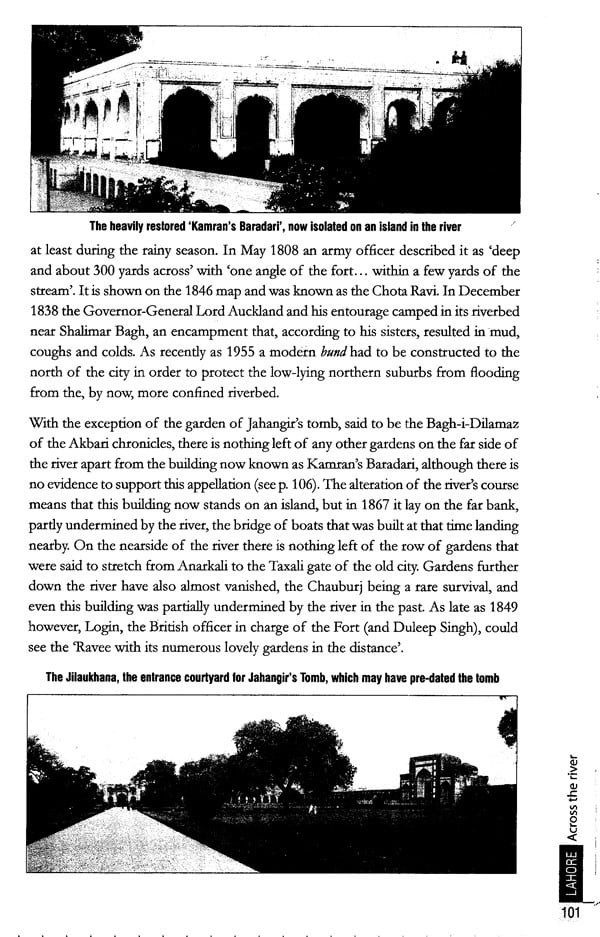 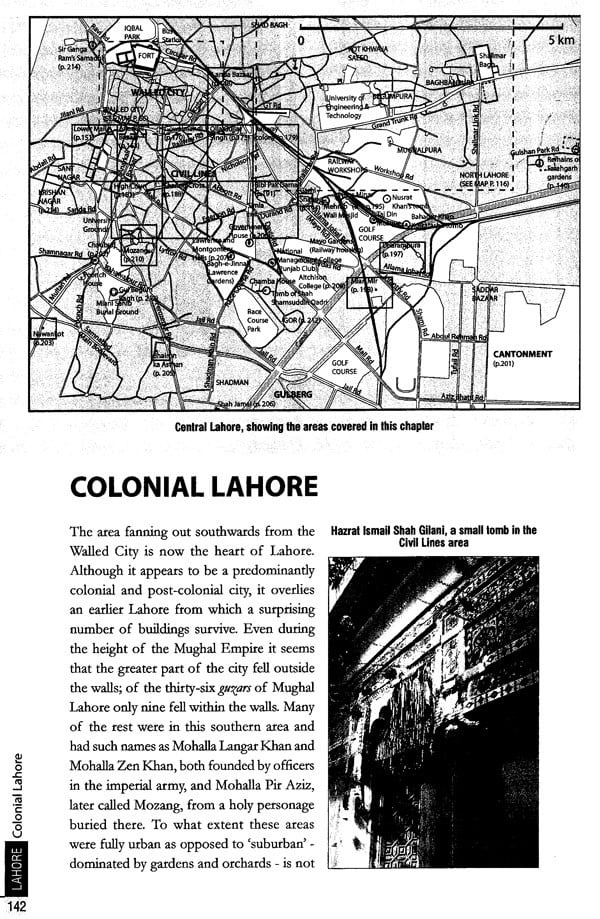 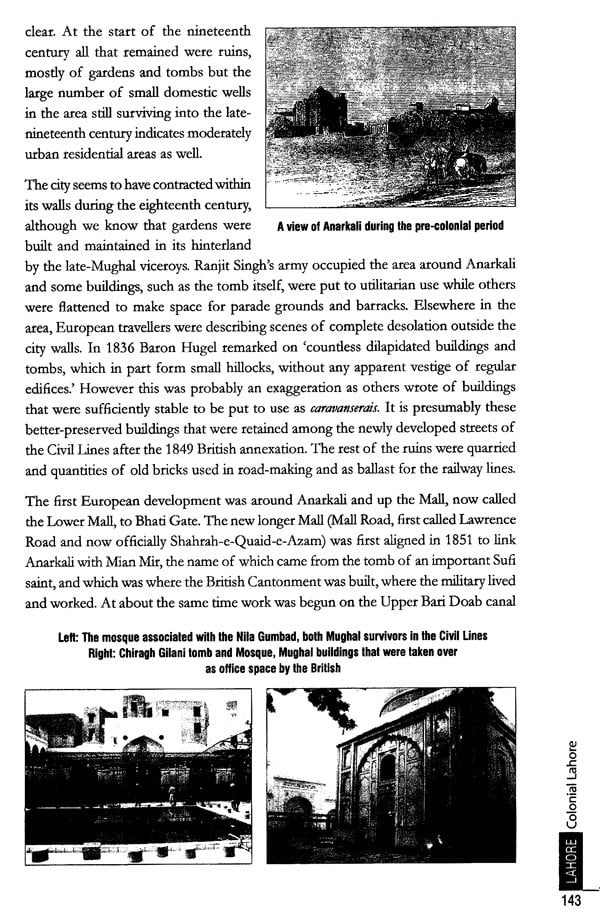