Since the dawn of civilization, all philosophical, scientific, religious and even artistic works, in principle, have centered around the study of life, its meaning and the origin of the universe. What is life? What is the origin of the universe? Is there any meaning and purpose behind the manifestation of life and the universe? What is the unseen cause behind the manifestation of the perceivable universe? These questions have puzzled all the great thinkers around the world over the ages. Vedanta, the topmost scientific and philosophical treatise of Indian spiritual and cultural heritage has a lot to contribute in this area and could provide a vital leap in expanding our knowledge of life and the origin of the universe. In this unique book, His Holiness Bhaktisvarupa Damodara Swami (Dr. T. D. Singh) investigates life and the secrets of the origin of the universe and depicts the relevance of Vedantic wisdom in the context of modern scientific and technological developments. His Holiness, who is both a scientist with a Ph. D. in Physical Organic Chemistry from the University of California, Irvine, USA and a spiritualist in the Bhakti-Vedanta tradition of India, has been one of the pioneers in advancing the science and religion dialogue for over thirty years. His writings, investigating a profound relationship between science and spirituality in the search for a deeper understanding of life and the universe will provide useful insights in the search for the Ultimate Reality.

The scientific and intellectual contents of the Vedic literatures have attracted the attention of some of the world’s finest scientific minds such as Erwin Schrodinger, Robert Oppenheimer and Albert Einstein. The Vedantasutra, expressed in the form of aphorisms, is the essence of all Vedic knowledge. Its author is Srila Vyasadeva known as the literary incarnation of Lord Sri Krsna. Srila Vyasadeva also wrote the Srimadbhagauaia Purana. It is mentioned in the Garuda Puruna that the Srimadbhagavata Purana is the natural commentary of Vedantasutra by the author himself. Many revered saints in the past have also commented on these aphorisms for the benefit of their contemporary audiences.

The thinking patterns of present day seekers of the Absolute Truth, as well as their search for the Ultimate Reality have been greatly influenced by scientific thinking. Scientific knowledge, based on empirical data, has grown exponentially over the past three hundred years and modern scholars are eager to understand both material and spiritual knowledge on a scientific basis.

The great saintly personality, His Divine Grace Srila A.C. Bhaktivedanta Swami Prabhupada, the Founder Acarya of both the International Society for Krishna Consciousness and the Bhaktivedanta Institute, foresaw the need for presenting the spiritual knowledge of the Vedanta in the light of modern scientific knowledge for the benefit of scientific minded people. For this purpose, he founded the Bhaktivedanta Institute and ordered his dear disciple Bhaktisvarupa Damodara Swami to become its Director. He left many instructions to Bhaktisvarupa Damodara Swami and one such instruction was to present a scientific commentary on the Vedantasutra. Swamiji humbly submitted to his Divine Master that he was completely unqualified to undertake such a Himalayan task. However, Srila Prabhupada insisted, “You should not worry. I will guide you in every sutra. You have to present it scientifically. Lord Sri Krsna will show you how to do it.”

His Holiness Bhaktisvarupa Damodara Swami (Dr. T. D. Singh) received his Ph. D. (1974) in physical organic chemistry from the University of California, Irvine, U.S.A. He also undertook the scientific study of Vaishnava Vedanta for eight years (1970-1977) under the guidance of His Divine Grace A. C. Bhaktivedanta Swami Prabhupada. Having been trained in the top schools of both the scientific and the Vedantic traditions, His Holiness (Dr. T.D. Singh) has been engaged in advancing the dialogue between science and spirituality for the last thirty years. We are hopeful that these articles penned by Dr. Singh, a well-known authority in the field of science and spirituality, will be a source of immense inspiration to the readers towards the search for the Ultimate Reality.

“Human Life and Evolution of Consciousness” is the first article. The first aphorism of the Vedantasutra delineates the prime importance of the human form of life in which consciousness is fully developed. Thus, the human being is qualified to inquire about the nature of Brahman, the Absolute Truth or God. The key to understand the first aphorism is to have a basic knowledge of consciousness and its evolution. This has been elaborated in this article. Consciousness plays a central role in Vedanta. Descartes’ pronouncement, “I think, therefore I am” forms a good starting point for a discussion on consciousness. From the Vedantic perspective, the intuitive as well as the conscious feeling, “I am”, is the spiritual self, aham brahmasmi. The author presents the vedantic model for the interaction of consciousness with matter and suggests that the present scientific research and inquiry should be expanded to include knowledge in search of spiritual truth. This will be relevant to the progress of science. Thus the first aphorism of the Yedantasatra presented in the first article appeals to its readers for inquiry into the subject matter of Brahman, the Absolute Truth or God.

The second article, “A Glimpse of the Origin of the Universe” deals with the second aphorism of Yedantasotra and it relates the Absolute Truth (God) to cosmological events of creation, sustenance and dissolution. Cosmology is a very important field for both science and spirituality. Every sincere person, whether a scientist or a theologian, wants to ask why the universe exists and how it was created. In fact cosmology can be regarded as one of the meeting points between science and spirituality. Our concept of the universe shapes our worldview, meaning and purpose of life. The field of cosmology is so vast that it would be useful for the researcher to have an open-minded approach to examine both the scientific and spiritual worldviews regarding the nature and origin of the universe. In this article the author reviews some of the difficulties faced by the Big Bang model of scientific cosmology in explaining the origin of the universe. Subsequently, he presents the theistic model of Vedantic cosmology, which he terms as the Big Vision model. According to this model the creation of the universe is carried out by God, the Supreme Being. The Big Vision model of Vedantic cosmology could lay the foundation for the development of a new cosmology. 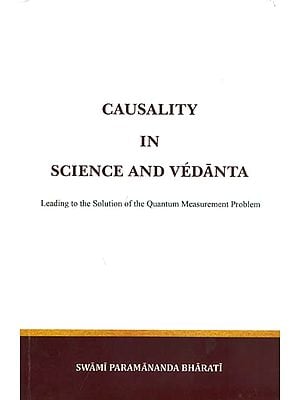 Causality in Science and Vedanta - Leading to the Solution of the Quantum Measurement Problem
By Swami Paramananda Bharati
$19.20
FREE Delivery
Best Seller
$24  (20% off) 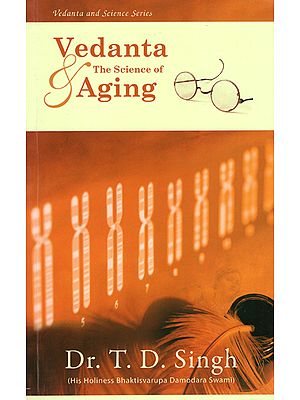 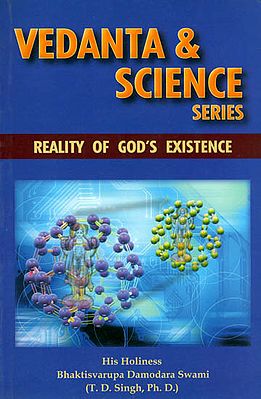 Vedanta: The Only Consummate Spiritual Science
By Swami Satchidaanandendra Saraswati
$12 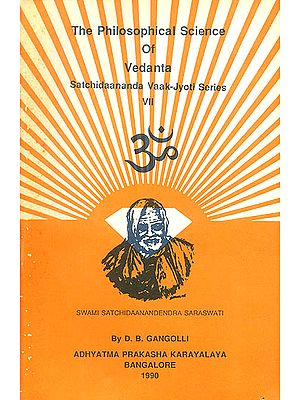 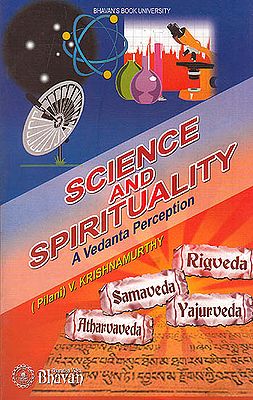 Science And Spirituality: A Vedanta Perception
By V.Krishnamurty
$29
FREE Delivery 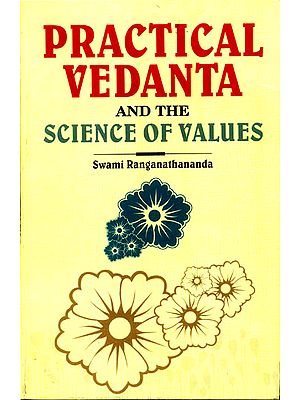 Practical Vedanta And The Science of Values
By Swami Ranganathananda
$13 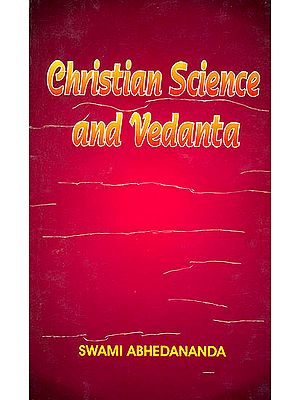 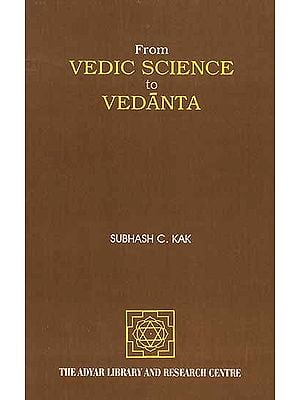 From Vedic Science to Vedanta
By Subhash C. Kak
$13
Sold Out

Vedanta Prabodha - The Most Exhaustive Book Ever Written on Shankaracharya's Advaita Vedanta
By Swami Paramananda Bharati
$32.80
FREE Delivery
Best Seller
$41  (20% off)
Book FAQs
Add a review
Have A Question