Amid the levelling tendencies of the age and the inevitable monotony of government conducted upon scientific lines,' said Lord Curzon, Viceroy of India, in 1902, 'the Princes keep alive the traditions and customs, they sustain the virility, and they save from extinction the picture squeness of ancient and noble races. They have that indefinable quality, endearing them to the people, that arises from their being born of the soil.' Mahatma Gandhi, the son of a Dewan (Prime Minister) to a minor prince of western India, saw them differently. 'The present princes are puppets, created or tolerated for the upkeep and prestige of the British power,' he said on the eve of Indian Independence in 1947. 'The unchecked power exercised by them over their people is probably the worst blot on the British Crown.'

Today, we can regard the Princes with more detachment than either Curzon or Gandhi, but with no less fascination. Their descendants, their bizarre and beautiful palaces and fortresses, and the feudal loyalties formed over the centuries, live on, even if their despotic powers and titles do not, and their erstwhile subjects have votes. In their heyday, the ninety years or so from Queen Victoria's proclamation of 1858, making Britain the paramount power in India, until the end of the British Raj in 1947, the Princes became bywords for excess, and for lifetimes spent in reckless expenditure and extravagant splendor unparalleled - certainly in this century- for their scale and refined inventiveness. One married off his daughter to another Prince (as late as 1948) in a ceremony described in the Guinness Book of World Records as 'the most expensive wedding in the world'; another conducted the marriage of two dogs with glittering pomp and circumstance in the presence of 250 other dogs in jewelled brocade mounted on caparisoned elephants, who greeted the arrival of the bridegroom by train; another had twenty-seven different models of Rolls Royce; and a fourth chartered a brand-new P. and O. liner to take him to London for the coronation of King Edward VII (being an orthodox Hindu, he had Ganges water sent after him from India throughout the six months of his stay). They included, too, the Nizam of . Hyderabad, probably 'the richest man in the world' if only his valuables could be estimated, and a legendary miser who wore the same fez for thirty-five years; when he ordered his pearls set out for counting and grading, they covered the entire roof of his not inconsiderable palace.

Wealth such as this, coupled to the power of an absolute ruler, was also used for the benefit of the ruler's state. Some of the more enlightened Princes became as famous for their buildings, gardens and engineering schemes, their scholarships, patronage of music, painting and dance, and other good works, as for the profligacy of their households. One dynasty, the Maharajas of Jaipur, even founded a whole city (in 1728) which remains famous today as 'the Pink City', with careful grid-planning, beautiful pink stone in its construction, and matching pink paint on surrounding buildings.

Jaipur was one of the bigger states of Princely India, which consisted, at Independence, of 565 states scattered across the entire subcontinent, comprising about two- fifths of its total area. Like the Moghuls before them, to whom many of the Princes once owed fealty, the British ruled the remaining three-fifths: the coasts, the rich territories like the Ganges valley and the plains of the far south - leaving the deserts, hills and uplands to the Princes. The largest state, that of Hyderabad and Berar, was roughly the size of the United Kingdom, with an annual state revenue (in the I930s) of about 85 million rupees; the smallest covered less than a square mile of land and yielded a mere few hundred rupees.

The British organized them in a princely pecking order which was pedantically observed by both sides and among the Princes themselves, who remained notoriously divided right up to their abolition in 1971. At the top were 118 First Division States, followed by a Second Division of 117 States and then, at the bottom of the league, 327 hereditary landowners. Rulers in the first group enjoyed absolute authority within their boundaries, those in the second limited authority, while those in the third had no powers of criminal or civil jurisdiction.

The First Division States were further known as the Salute States. This distinguished them from the other two Divisions which were both Non-Salute States. Each of the First Division rulers had the right to a gun salute on specified occasions, and of course the number of such salutes was strictly graded, following the lead of the King-Emperor (a 101-gun salute) and the Viceroy (a 31- gun salute). The five grandest rulers, those of Baroda, Gwalior, Jammu and Kashmir, and Mysore, and the Nizam of Hyderabad and Berar, received the biggest number of guns: 2I. A further six rulers got I9 guns. They were followed by thirteen 17-gun states, seventeen 15-gun, sixteen 13-gun, thirty-one 11 -gun and thirty 9- gun states. Generally speaking, the title 'Maharaja' was given to those commanding I3 guns or more; the lower orders had to be content with 'Raja'.

The exact order caused much bickering and squabbling between Princes, some of whom regarded themselves as seriously 'under-gunned'. In the 1930S a six-year argument between the Maharajas of Bikaner and of Patiyala ended with victory for the former and a note on the fat file created at the Government of India’s Political Department: The Viceroy is getting very tired of the petty difficulties that arise over precedence. 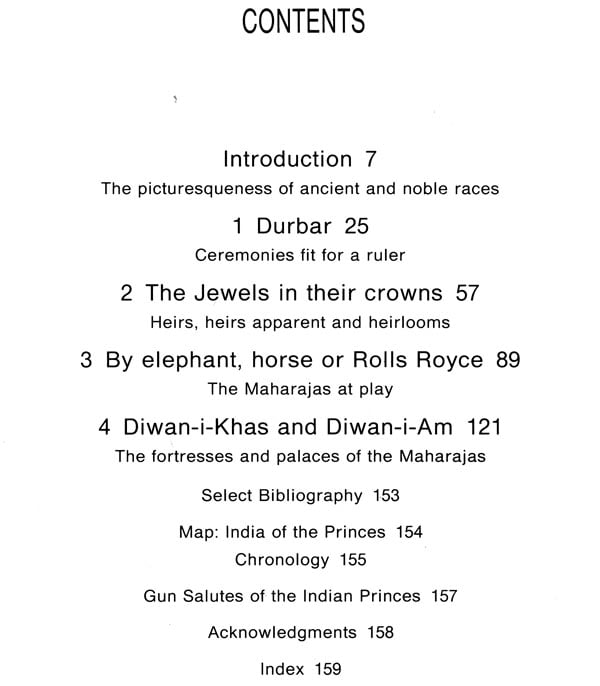 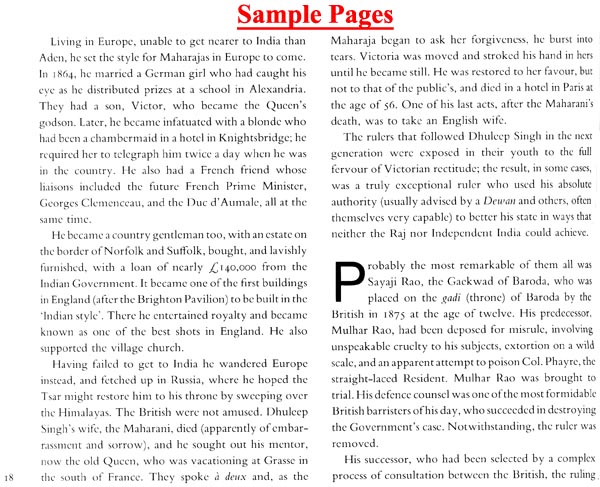 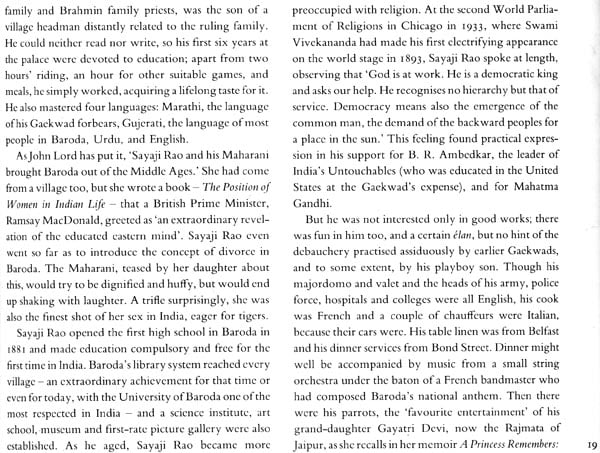 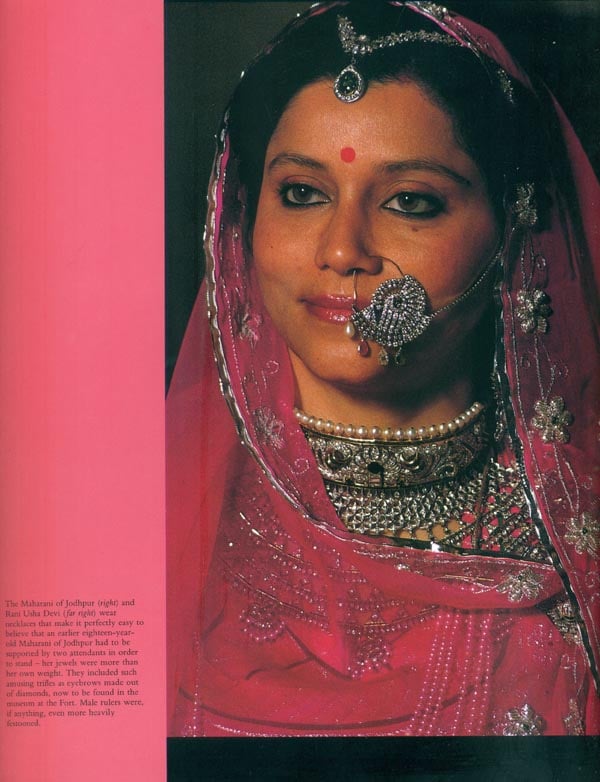 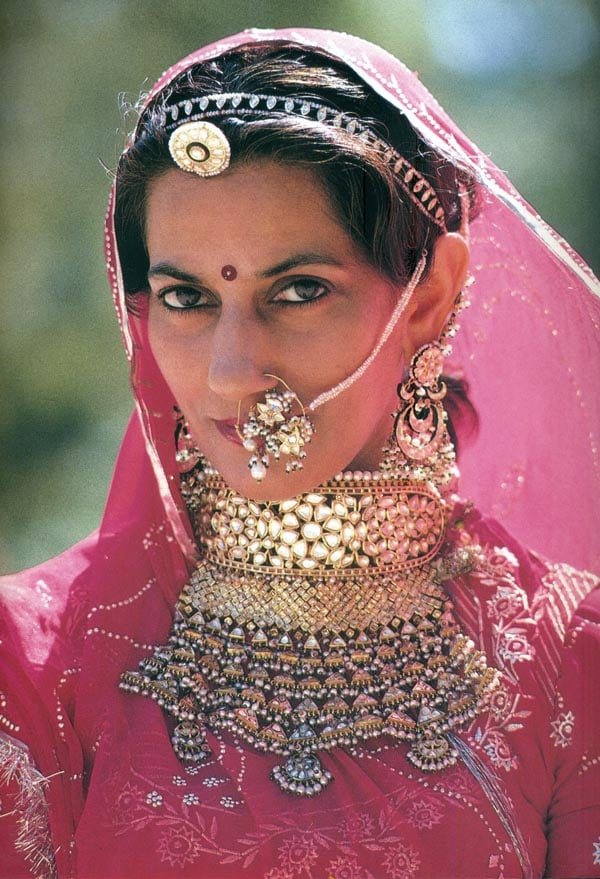 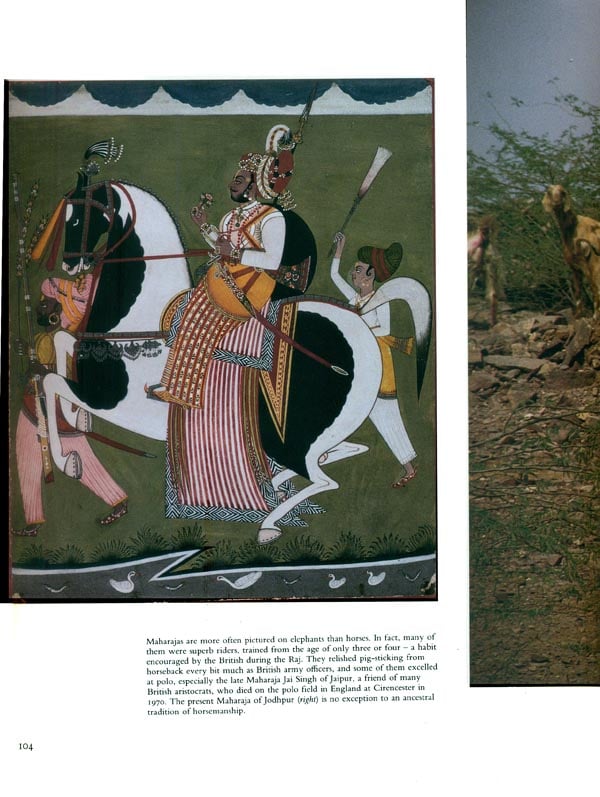 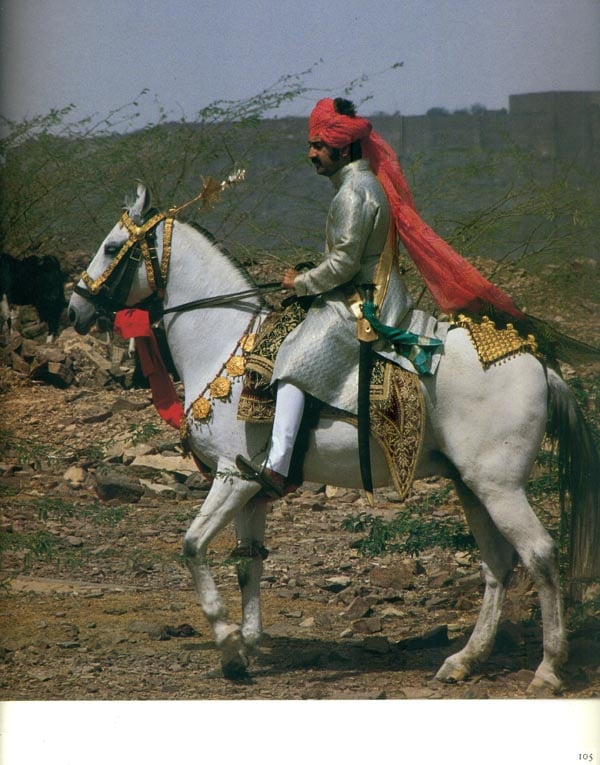 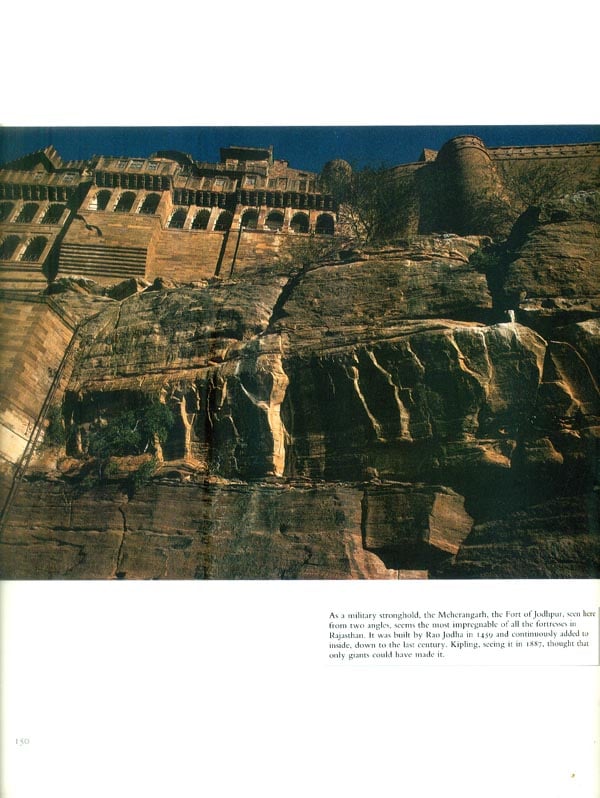 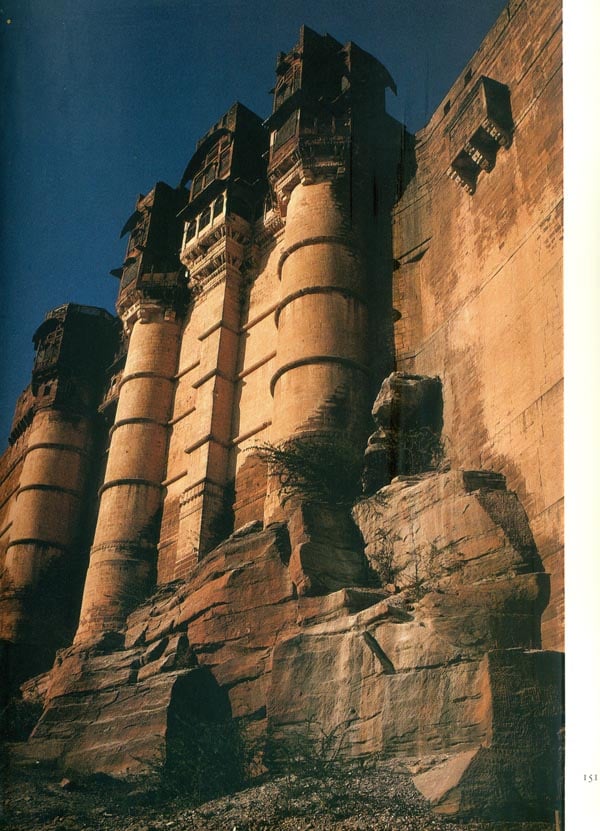 Pratiharas of Rajasthan - Transition, Trajectories and Historical Change (Origin and Rise of the Imperial)
By Shanta Rani Sharma
$31
FREE Delivery