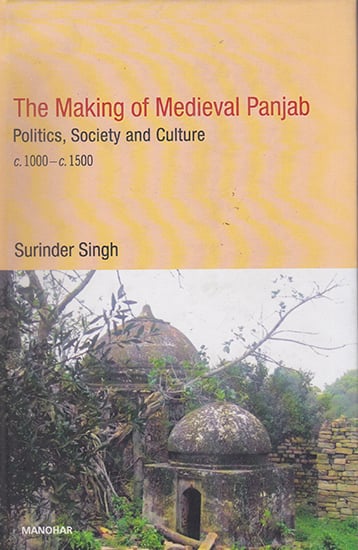 This book seeks to reconstruct the past of undivided Panjab during five medieval centuries. It opens with a narrative of the efforts of Turkish war-lords to achieve control in the face of tribal resistance, internal dissensions and external invasions. It examines the linkages of the ruling class with Zamindars and Sufis, paving the way for canal irrigation and agrarian expansion, thus strengthening the roots of the state in the region. While focusing on the post-Timur phase, it tries to make sense of the new ways of acquiring political power.

This work uncovers the perpetual attempts of Zamindars to achieve local dominance, particularly in the context of declining presence of the state in the countryside. In this ambitious enterprise, they resorted to the support of their clans, adherence to hallowed customs and recurrent use of violence, all applied through a system of collective and participatory decision-making.

The volume traces the growth of Sufi lineages built on training disciples, writing books, composing poetry and claiming miraculous powers. Besides delving into the relations of the Sufis with the state and different sections of the society, it offers an account of the rituals at a prominent shrine. Paying equal attention to the southeastern region, it deals with engagement of the Sabiris, among other exemplars, with the Islamic spirituality. Inclusive in approach and lucid in expression, the work relies on a wide range of evidence from Persian chronicles, Sufi literature and folklore, some of which have been used for the first time.

Surinder Singh has taught at the Department of History, Panjab University, Chandigarh. His main interest is Medieval India. In nearly 55 research papers, he has explored themes of state formation, social structure, religious practices, Persian texts and popular culture. His publications include Sufism in Panjab: Mystics, Literature and Shrines (2009) and Popular Literature and Pre-Modern Societies in South Asia (2008), both edited with I.D. Gaur; Political Memoirs of an Indian Revolutionary: Naina Singh Dhoot (2005).

At the outset, I would try to trace the genesis of this book. A decade ago, the Department of Punjab Historical Studies, Punjabi University, Patiala, invited me to present the Presidential Address (Medieval Section) at the fortieth session of the Punjab History Conference. In the ensuing attempt, I analysed the major historical developments in Panjab, with particular reference to its politics and economy, focusing on the thirteenth and fourteenth century. Subsequently, I availed the opportunities of presenting seminars on this subject and related themes at New Delhi, Patna, Santiniketan, Gandhinagar, Vadodara, Lahore and Prague (Czech Republic). I also tested the viability of my understanding at Refresher Courses and Extension Programmes at different venues. Apart from critical appreciation, I received a number of constructive suggestions. More significantly, a number of scholars advised me to develop my thoughts into a book. Keeping in mind the suggestions as well as my own rethinking, I began to explore the ideas originally laid out in the Presidential Address in greater depth and wider scope. The effort resulted in a few research papers, preparing the ground for putting together a book. A number of factors have shaped this endeavour. First, the approach to the historiography of medieval India has undergone a sea change in the last half a century, so that these advances demanded due consideration. Second, a long-term view of historical evolution that straddled several centuries promised the developing of a holistic perspective. Third, this study tends to be flexible as regards its geographical scope because the political currents and cultural traditions often crossed perceived boundaries. Fourth, this attempt calls for evidence from Persian chronicles, Sufi literature (biographies, discourses and poetry) and Panjabi folklore. 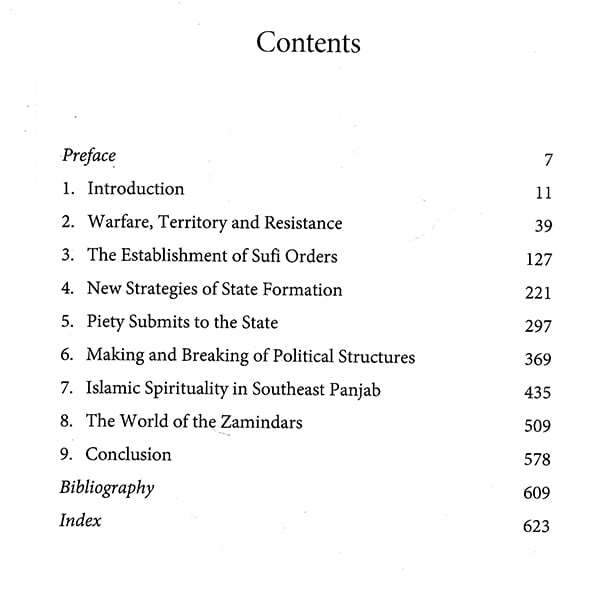 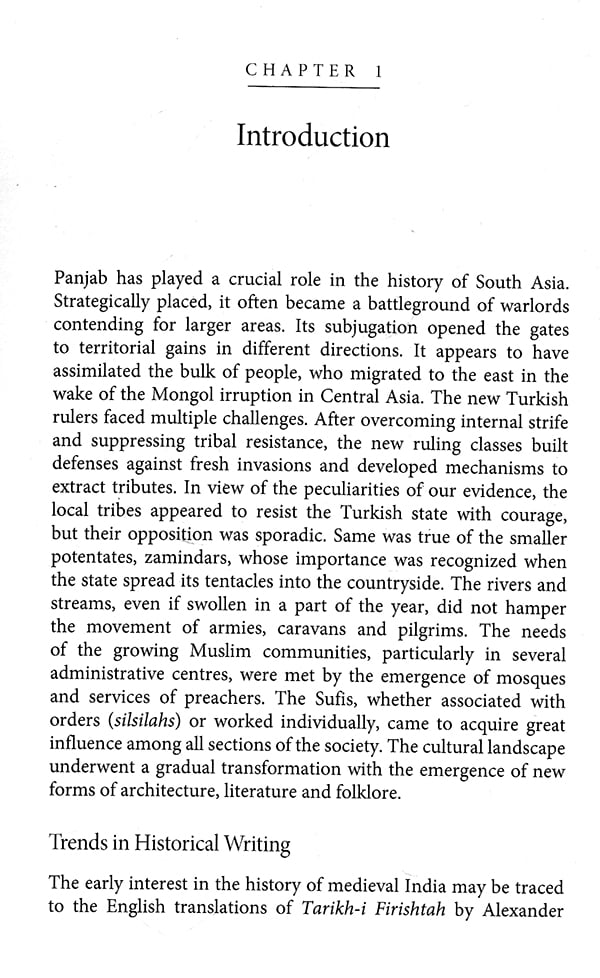 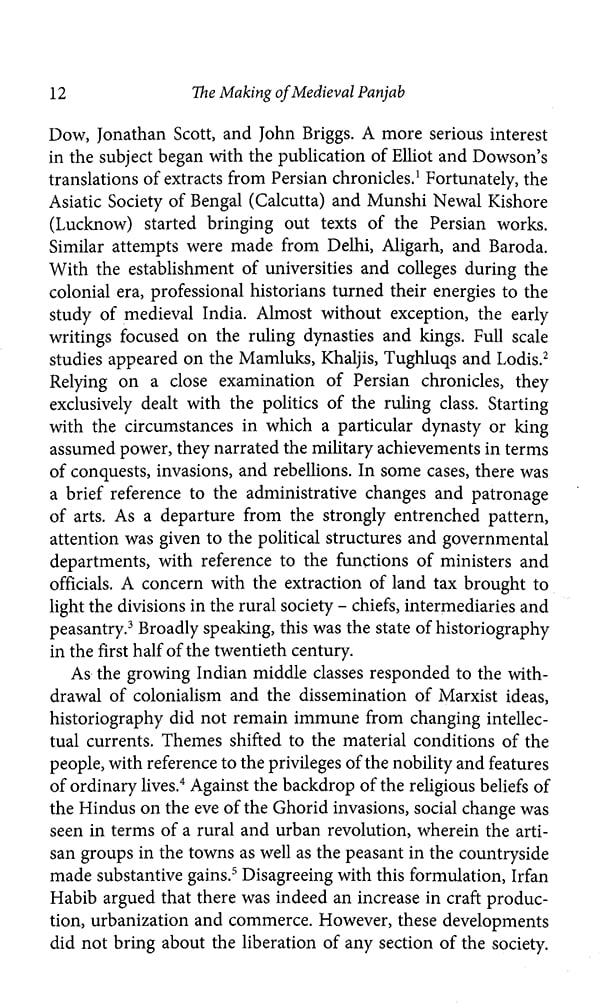 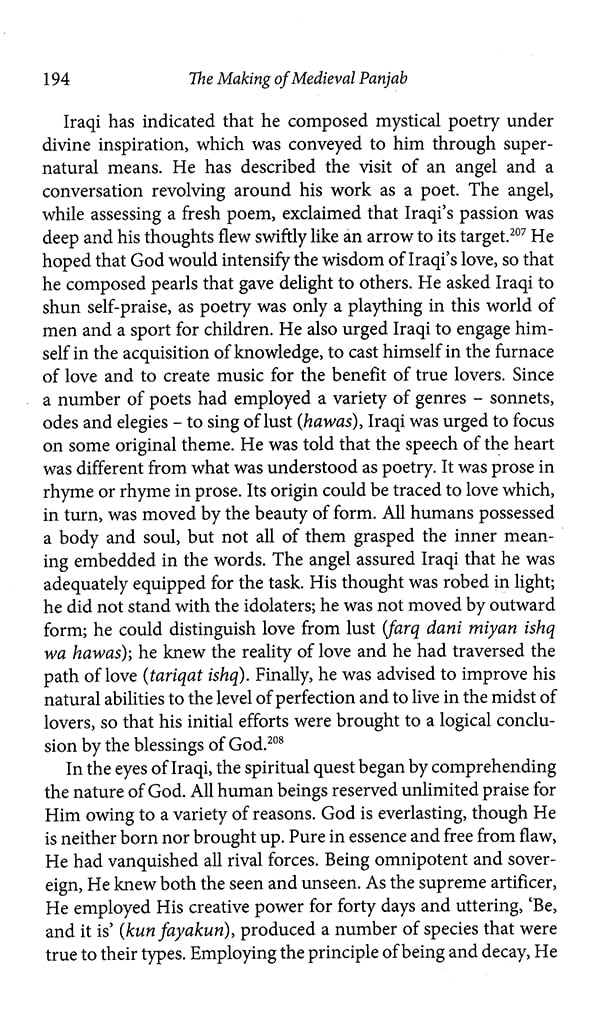 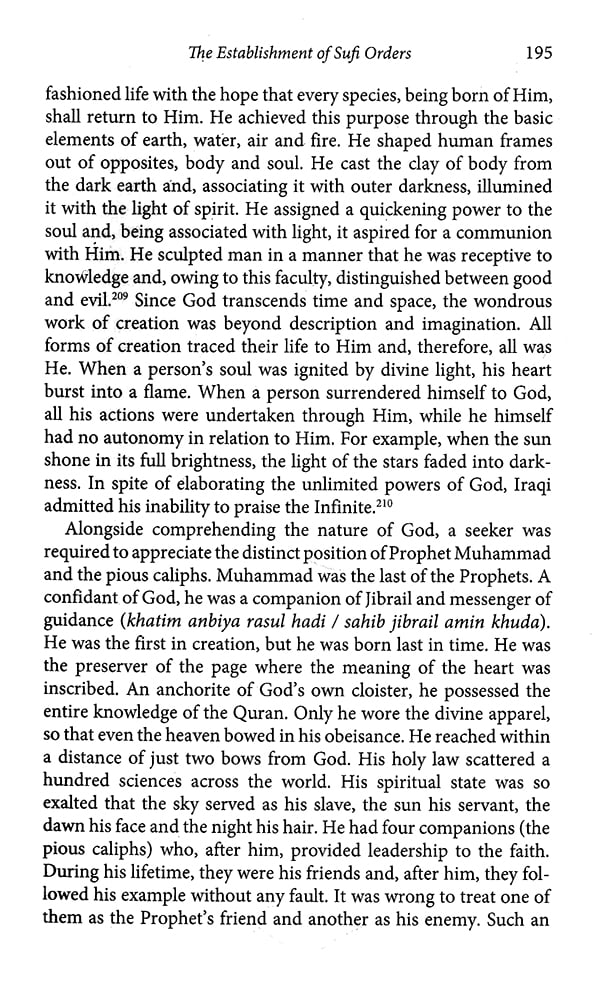 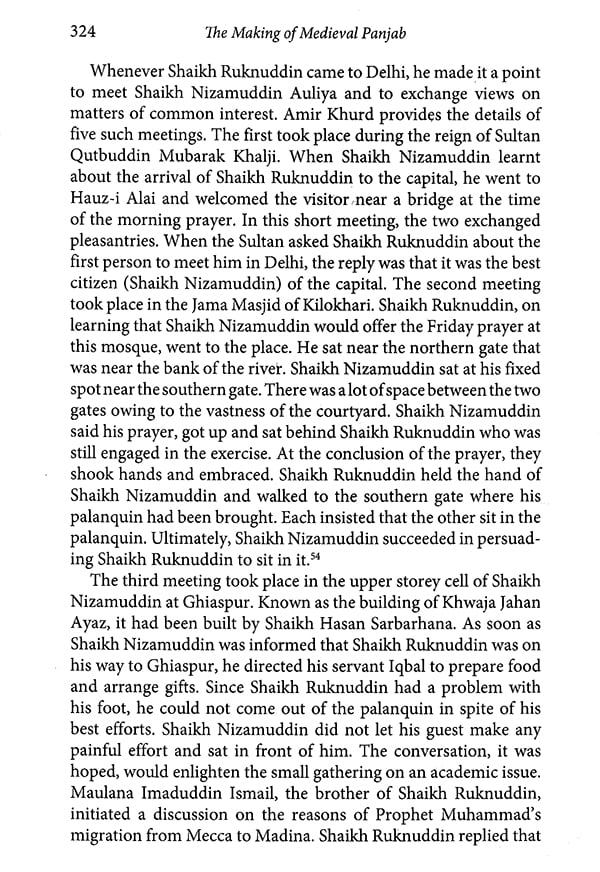 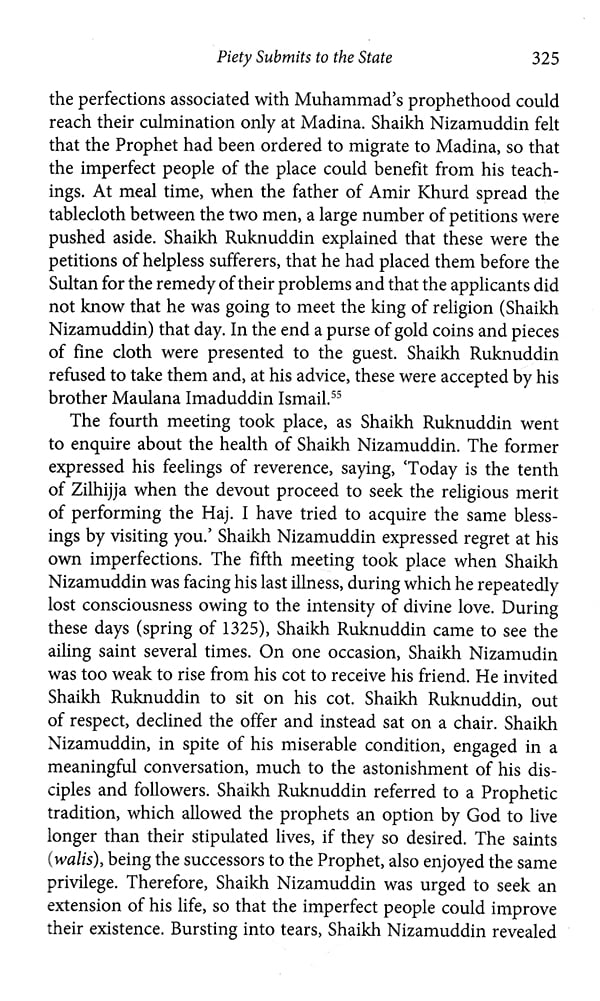 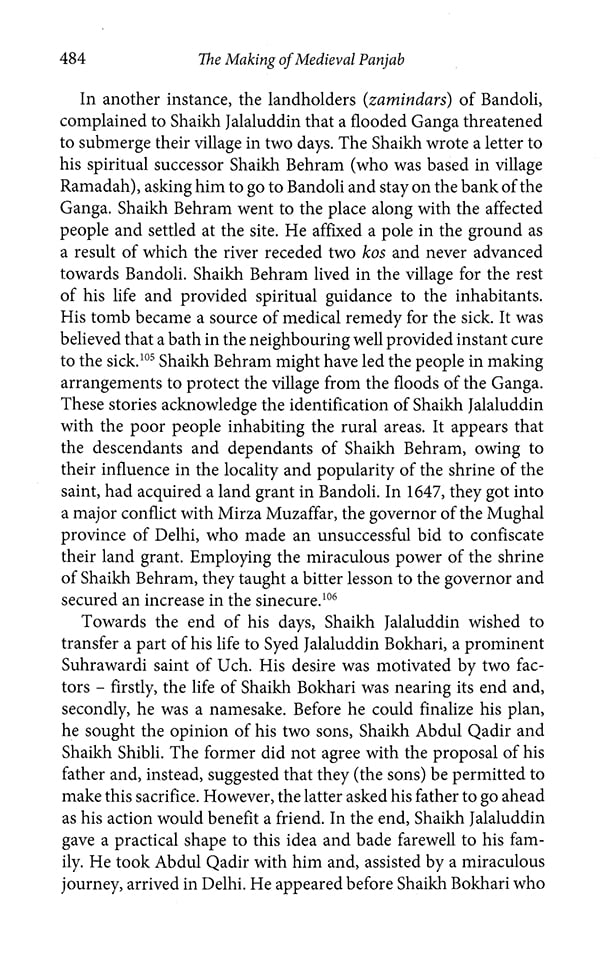 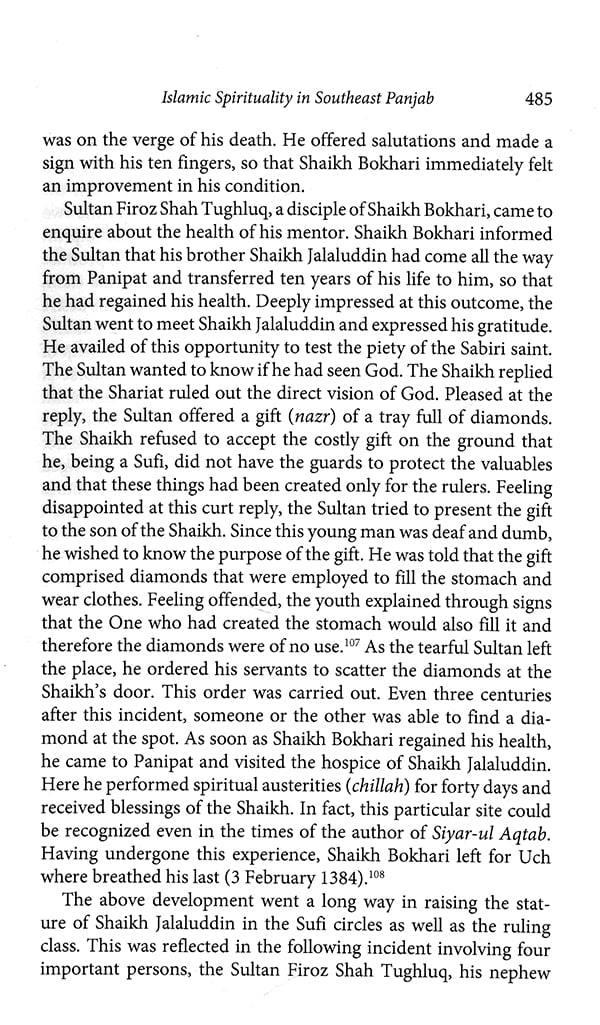 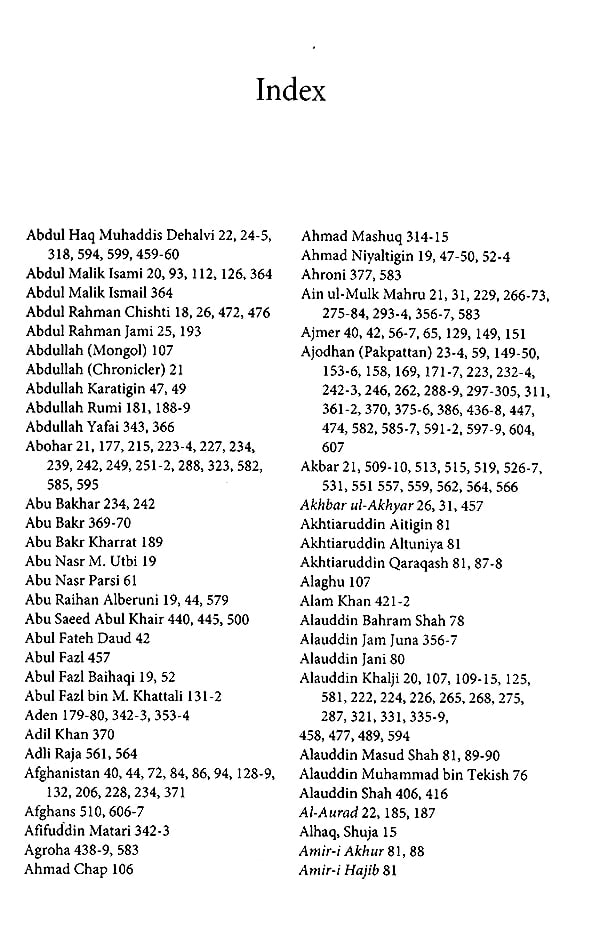 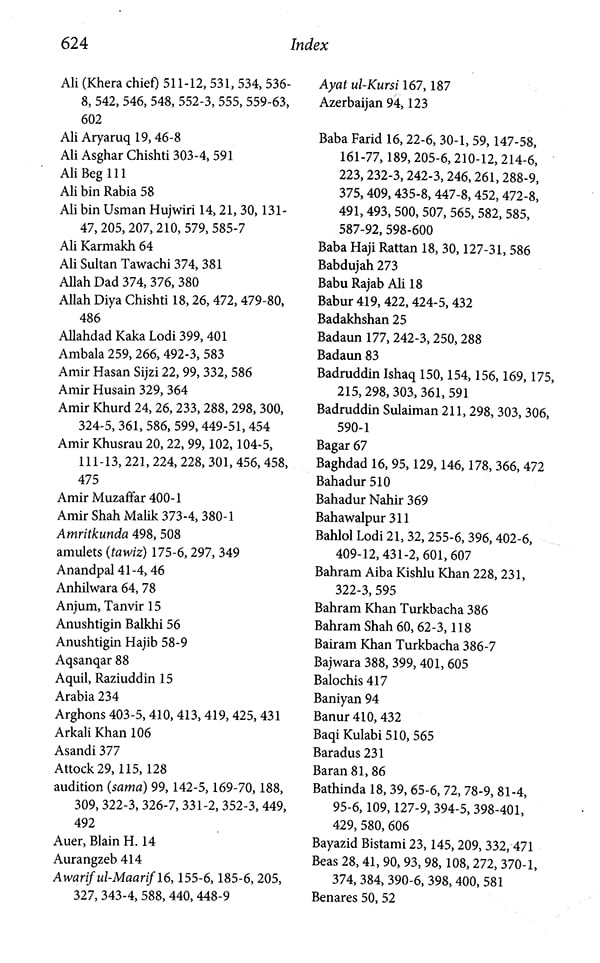 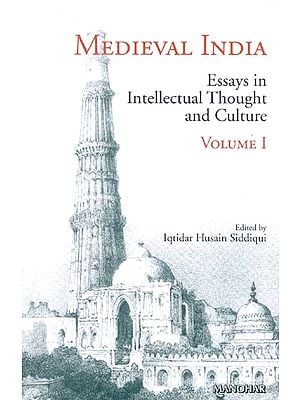 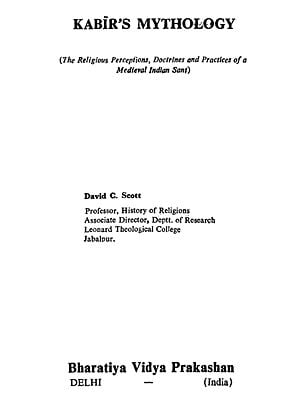 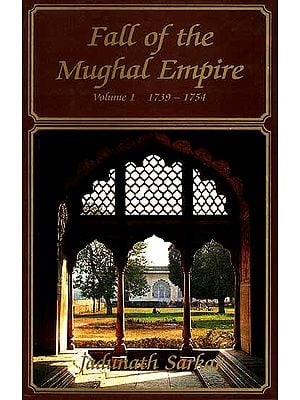 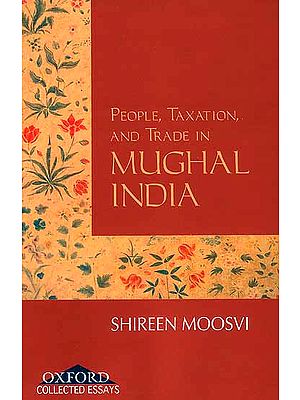 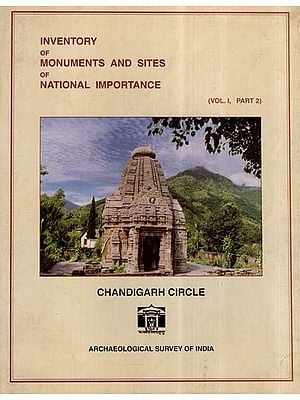 Inventory Of Monuments And Sites Of National Importance- Chandigarh Circle (An Old And Rare Book)
By Various Authors
$29.40
FREE Delivery
$42  (30% off) 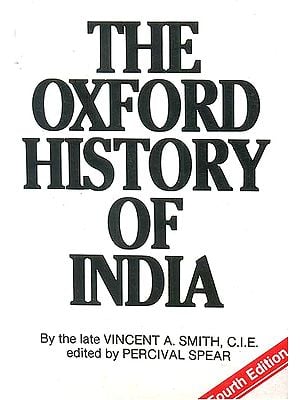 The Oxford History of India
By Late Vincent A. Smith and Percival Spear
$33
FREE Delivery

Architecture in India (History of Science, Philosophy and Culture in Indian Civilization)
By D. P. Chattopadhyaya and M. A. Dhaky
$104
FREE Delivery
Book FAQs
Add a review
Have A Question