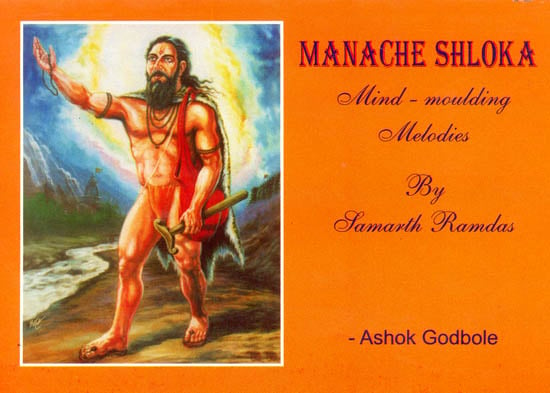 It is true that Nature has not bestowed. upon Maharshtra abundant material wealth and prosperity. Eminent poets singing praises of Maharashtra have unanimous played the note that it is basically a "rocky rugged region .of reckless dauntless warriors, saints and savants.” However, in one respect, nature has turned exceptionally munificent, as it has lavishly showered upon Maharashra intellectual grandeur and glory of self-realization. This tradition of self realization appears to have continued unabated from Shri Janeshwar to Swami Swaroopananda of the recent times. In that long, chequered and imperishable tradition, Samarth Ramadas Swami, a Great man of divine intelligence and outstanding achievement, embellished the coloum of history nearly three hundred years ago. As his literary and philosophical works display his high ranking scholarship, so his normal multifarious activities and movements show his tremendous working capacity. But that is not al/. Such learned men of letters and motivating minds, such inspiring leaders are really not a few among the people. But self-realized saints like Samarth Ramadas Swami who supplement with boundless faith; and towering achievement with detached, egoless attitude, along with unique organizational skill, are rare to be found.

The life that Shri Samarth lived, led and developed had been unique in various respects, so much so that he could easily reconcile intellect and faith, action and non-action tending to renunciation, ardent urge to assist others and absolute detachment; and solitude and crowd of devotees. Hence this life, so sublime and noble, has become quite an ideal for all saintly personalities and spiritual aspirants. Never even once, false and fallible concepts touched his purest intelligence which consequently remained isolated from the influence of ignorance and the Unreal. Never in his life-time his faith doted on anything else than God. It, therefore, never settled in the illusive, visible worlds so ephemeral and transient. This inflexible faith in Divinity enabled him to remain unperturbed and unruffled amidst all odds, and with the result, worries and fear Just could not plague and pollute his mind. After accepting on profound meditation that Ram Rajya is all in all' he cared not even two pence, for all pleasures, prosperity and power in this world. All through his life, he lay at the feet of Shri Rama; divine power dazzled through. his numerous deeds; but owing to the firm inner belief that 'Rama is the real doer he was never caught in the temptation of superiority complex. Despite being abundantly endowed with knowledge, non-attachment and spiritual strength, he, till the last breath of his life .played a modest role of Rama's humble servant, Loving him intensely, chanting His name and holding communion with him all the time. This kind of study and penance made his mind exceedingly pure and pious and then he was blessed to be self-realized and experienced ecstasy But he craved for bestowing those rare rays of rapture. upon common folk; and in order to prepare a human mind to quallfy. for experiencing that divine delight, he composed this philosophical poem "Manache Shloka".

When did Samarth compose such a masterly reflective poetry like 'Manache Shloka'? What must have led him to write such wonderful didactic verses reflecting cataract-like overflow of deep emotions resounding deeper thoughts? It so happened - Shri. Samarth had started Ram-festival at Chaphal. It lasted for a few years. In the beginning, the festival being diminutive in form did not pose more economic problems. Later, ration and other necessary items were provided by king Shivaji, with the result that struggle, spirit and zeal behind making preparations for the festival gradually diminished and in the field of devotion, the thought that "Ram is the bestowed and begging in this name for a selfless, noble cause is the duty" was almost discarded. Once, because of the misunderstanding and wrong functioning of beauracracy the Government ration quota and monetary sum from state treasury were not received. The date of the festival was approaching fast and devotees began to gather in large number. The organizers of the festival were much worried about the celebrations of the festival and they gathered around Samarth with woe begone faces with one big question written on their face - How to entertain and feed such a concourse of devotees? Listening to their pleas, queries and complaints Samarth said in a tone of confidence, "Ram is the doer. This is His festival. He will look after and see through everything. You need not worry in the least." This frank assurance silenced all disciples and devotees; but they did not rest assured. Only eight days were left for the festival to begin. That night when everything became calm and quiet, Samarth called Kalyana out and beginning with "Ganadheesh Jo Eesha" - dictated him all 205 stanzas in one sitting. what a lasting spontaneous overflow of powerful feelings! At the peep of dawn, the entire poetic work had been written down. Then issuing a few instructions to Kalyana, Samarth left for the solitary retreats in the mountains. In the morning, with the aid of other disciples Kalyana got serval copies of original manuscript prepared. The disciples armed with the copies went to the neighbouring villages. They would stand in front of each house and recited one 'Shloka' aloud followed by a sonorous acclamation "Jaya Jaya Raghuveera Samarth". They would collect whatever would be given in charity and then march ahead. These inspiring verses recited in such a clear, metallic voice had an astonishing impact on the minds of the common folk. No astonishing impact on the minds of the common folk. No wonder, within a week, heaps of grains and ration loaded in carts were piled up. Shri Samarth returned on 'Padava', the Holy day at dawn from his spiritual practices in the solitude of the mountains and became extremely pleased to see that the appropriate preparations had been made for the proposed festival. Needless to say that the festival was celebrated with befitting pomp and glory. One may not believe in this popular legend regarding the origin of this unique poetic work, but it does throw a flash of light on Sa martha's poetic genius and super composing skill.

Saint Jnaneshwar is undoubtedly assimilated with the aspirations and agonies of the masses more by His Haripath rather than by his Jnaneshwari, a unique commentary on the Geeta. Similarly Samarth is known to the young and old alike more by his 'Manache Shloka' than by his 'Dasabodha'. Many people daily read and recite these "Mind-moulding verses. Quite a few of them make their children learn these Shlokas by heart. Moreover, devotees belonging to Reamdasi sect, when set off on Bhikshamission, stand in front of each house and recite these Shlokas aloud in a clear, ringing voice and acclaim in the most invigorating phrase, "Jaya Jaya Raghuveera Samarth" at the end; and make for another house without any expostulation regarding the nature of the offering or alms received. Solemnity and importance attributed to the Upanishads in Sanskrit literature is verily paramount, and so is the case with "Manache Shloka" in spiritual literature. Samarth himself refers to these verses as 205 addresses to mind at the end and in one of the prayers on these shlokas, he has termed this poetic work as 'Manobodh' - "Guidance given to Mind". The number of shlokas is two hundred and five and the order in which they have been placed evokes no controversy at all. All these verses have been composed in the metre called "Bhujanga prayata" ("gliding gait of the snake"). This metre has 'inherent flowing musical quality paving for smooth composition and sweet reaction'. The language - the diction is very lucid and simple and as such quickly attracts the mind of the listener leaving its indelible impact. Lack of the strict observance of the rules of metrical composition at many places is richly compensated by the spontaneous overflow of powerful feelings and prosody is thus superseded by divine melody.

As the verses are pregnant with deep philosophical meaning and at times express the most complicated ideas in an astonishingly simple manner with apt Illustrations; a conscious critic also does not mind the poetic liberty taken with canons of syntax and grammar. Shri Samarth was a distinguished teacher to the backbone and hence he has presented his subject matter methodically and has narrated the fundamental principals of the theme unerringly and last but not least, has expounded or abbreviated the core content of his doctrine most judiciously. In his Dasabodha (knowledge imparted to the devotee) and other poetic works and treatises Shri Samartha has propounded his independent philosophy of life, at length. The same thought he has superbly summed up incorporating all salient points therein in these mind-moulding verses. Indeed, this poetic work-'Manache Shloka' serves as a priceless guide to any aspirant engaged in spiritual practice of any traditional cult. 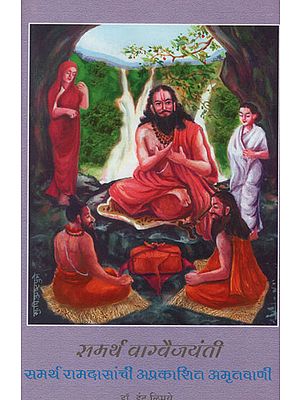 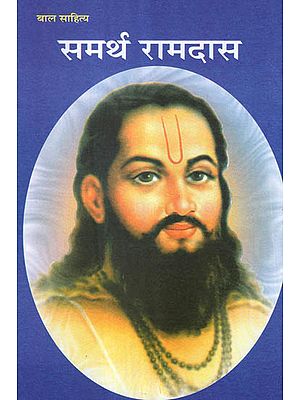 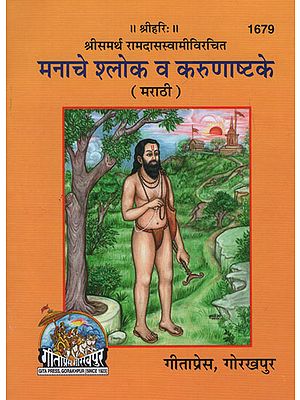 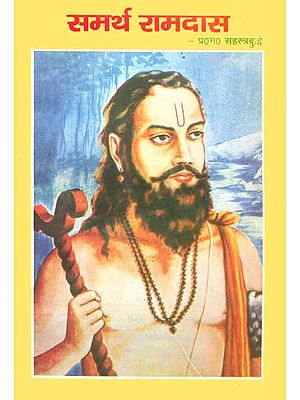 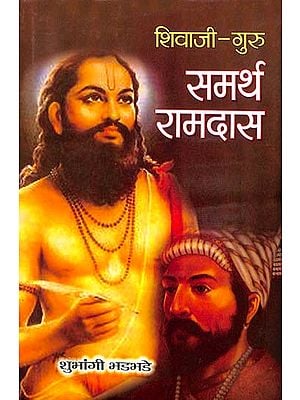 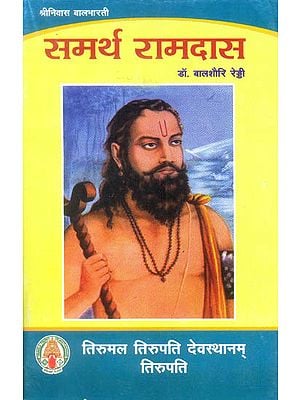 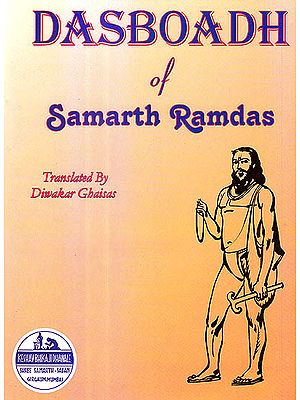 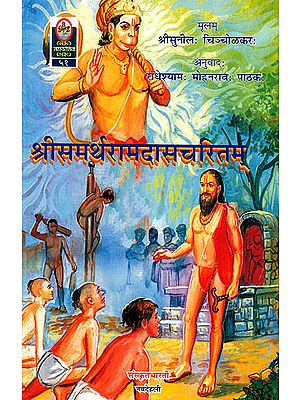 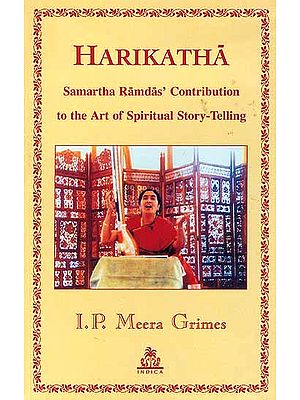 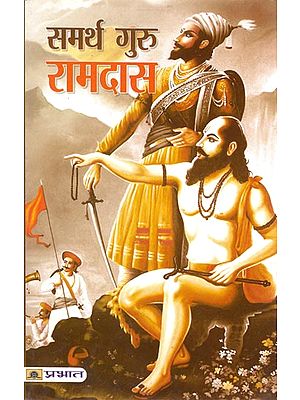 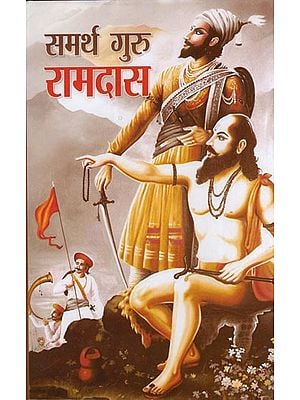 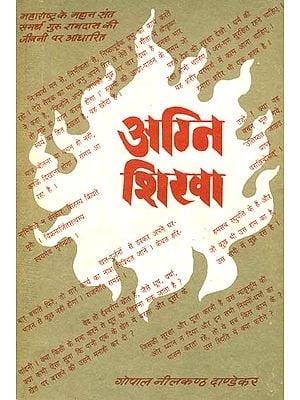 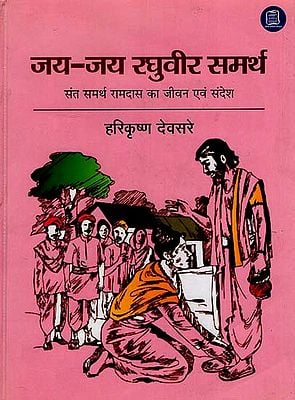