Before Mohammed Rafi there can only be a Zero and after him there can be only Two, That should succinctly describe the legendary singer of four decades whose rise to stardom was phenomenal, Indeed, Rafi was bigger than many of the stars who lip- synched to his golden voice. For a man who carne from a very humble and conservative background, it was his hard work, naturally blessed talent and godly nature that made him stride like Colossus in an industry known for its crassly commercial values, Before the writers embarked upon this historic sojourn of encapsulating this simple man's life history and career-stuff folklores are made of- they were well aware of the magnitude of the task, Thirty-five years after his death, Rafi's popularity keeps multiplying and each day one gets to hear and rediscover some new anecdote about his prowess as a singer and nobility as a human being, Years of painstaking research and experience went into the compilation of this book apart from the 7000 plus songs he sang and hundreds of shows he performed at home and abroad, The authors have tried to put most of them together and piece together a spell-binding account of a professional pilgrimage that cannot be said to be complete by any stretch of imagination given the events-and the new ones that keep unfolding-that go into the making of this extraordinary folk- story like narrative. The biographers feel humbled and rewarding to chronicle a personality rightly acknowledged as among the "Best 50 Indians" ever born. More so, this being the first attempt that delves into the stupendous life and times of a titan in such comprehensive depth.

A fountainhead of creative writing, Raju Korti is a dedicated, resourceful and innovative media professional who has been in the industry for over 33 years. Always keen to take up challenging roles that called for a high degree of professional merit, he began his long career with The Hindu, followed by a stint with The Indian Express, Free Press Journal and Daily News and Analysis (DNA) newspapers. He has to his credit many in- depth stories, thought-provoking articles and has covered hundreds of momentous events. For a year he also worked as a resource person for the Department of Science and Technology and as consultant with the Municipal Corporation of Greater Mumbai (MCGM). A postgraduate in Management, Science, Law and Media, he relinquished his core area of expertise to chart out a career in journalism. His versality and articulation make him a popular visiting faculty to teach graduate and postgraduate students. His blogs cover a wide range of Issues and are extremely popular.

Writer, journalist and media consultant, Dhirendra Jain had his grounding in film journalism from Raipur in Chhattisgarh. After relocating to Mumbai, his experience and commitment saw him handle more than 40 major assignments relating to public relations (PR) and promotion. Author of over 500 commentaries/articles, he has to his credit Sunebre Pal, a biography of music director Ravindra Jain. His book won an award from the prestigious Maharastra State Hindi Sahitya Akademi, Mumbai. His wide experience in film journalism and PR makes him Privy to Countless incidents and anecdotes. An avid Rafi Fan, in his circle he is known as a good raconteur.

I consider it a great honour and privilege to write this Foreword for someone who I always looked up to in my life. I will remember Rafi sa'ab till my last breath for I owe my very existence in the film industry to this great personality. It would not be an exaggeration to say that through his divine voice I took birth in the industry.

To this day, I am unable to decide clearly whether he was a greater singer or a greater human being. I salute him for being both.

I feel I am too small to say something in his praise, but certain traits of his made him stand out from many others in the profession-his humility and dedication. He would often call me 'Masterji' which was overwhelming because in terms of experience and calibre, I deserved to be his student. Perhaps, it was this humility to treat all the composers as his guru that brought out the commitment and merit in his voice so resonantly. I cannot ever forget that he put himself through a gruelling 14-day rehearsal for a qawwali that I wrote and composed for Radheshyam Jhunjhunwala's film Lori. This qawwali 'Mehfil mein aaj unka deedar ho gaya' that he sang along with Asha Bhosle ji brought us very closer.

I can only think of countless adjectives for this great man but let me endeavour to write my own small poetic tribute with these words: Rajisaab ne naam apna Mohammed se sajaya hai
Mohammed ki dua se Martaba aalam mein paaya hai
Gaye jis roz se wo alvida keh kar zamane ko
Naa aisa khush gulu aaya hai Naa aisa shakhs aaya hai ...
He lent his mighty voice to 53 songs in the 31 films for which I composed music. I am convinced such a pure and pious person can never die. He will be remembered for ages to come.

I appreciate the painstaking effort put together by senior journalists Dhirendra Jain and Raju Korti in writing this book, perhaps the most comprehensive that I know of.

When we embarked upon this historic journey of chronicling the life and times of someone as colossal and legendary as the late Mohammed Raft, we were warned by naysayers and well-wishers: about whether we would be able do justice to such a huge theme. We were well aware of the enormity of the task which was rendered even more arduous given that most of his contemporaries are lost in the footprints of time. Eventually, we steeled ourselves for this Herculean effort, thanks to the numerous interviews and meetings we had in the past with people who saw and worked with Raft from close quarters. Fortunately, there are many in the film industry who have countless fond memories of his unmatched charisma and goodwill, not to speak of his extraordinary talent as the subcontinent's premier singer. There is no dearth of raconteurs who juggle their recollection to come up with a number of anecdotes that just don't seem to dry up. We found out how one person in the country's history can be such a dominant force in a profession known to be crassly commercial and ruthlessly cut-throat. Raft was and will truly remain a binding force.

We wish to thank each and every person named in this book for the help and support we needed to put this biography together. We are indebted to Mr Ravindra Jain, the legendary composer and lyricist, who was more than willing to write this Foreword for someone whom he considers an unsurpassed legend. We wish to specially thank columnist and freelancer, Mr Harjap Singh Aujla from New Jersey, USA who provided us with some valuable and hitherto unknown facets about Raft's childhood. We are also deeply obliged to Dr Suhas Deshpande of Nagpur, a virtual encyclopaedia on the singer. After painstaking research, he put together for us some very interesting statistics and trivia that should be a collector's delight.

We are deeply indebted to Mr Parvez Ahmed, son-in-law of Mohammed Ran, who provided us with some memorable pictures for the book. We also thank our friends Anoop Srivastava, Ragini Gunjan, Sanjeev Dixit, Bharat Dave and Rajesh Dand for their constant support and encouragement.

While every care has been taken to ensure there are no errors, we humbly stand corrected if there are any. We have also avoided the temptation to foray into many related aspects and issues that would have made this work needlessly bulky. 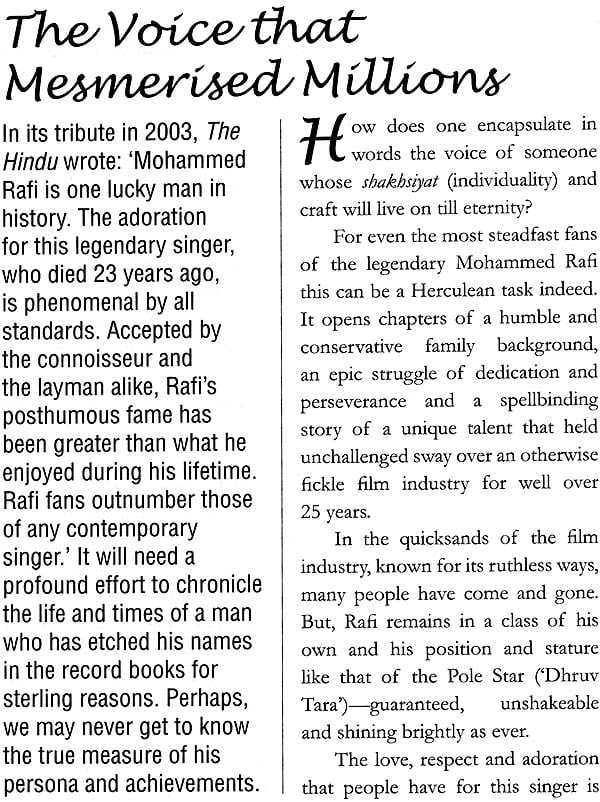 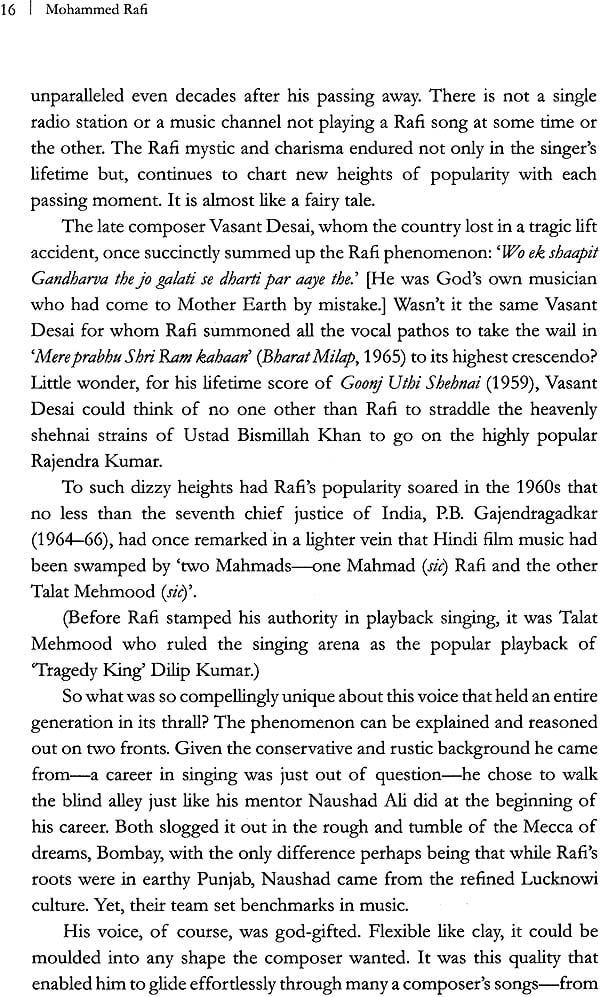 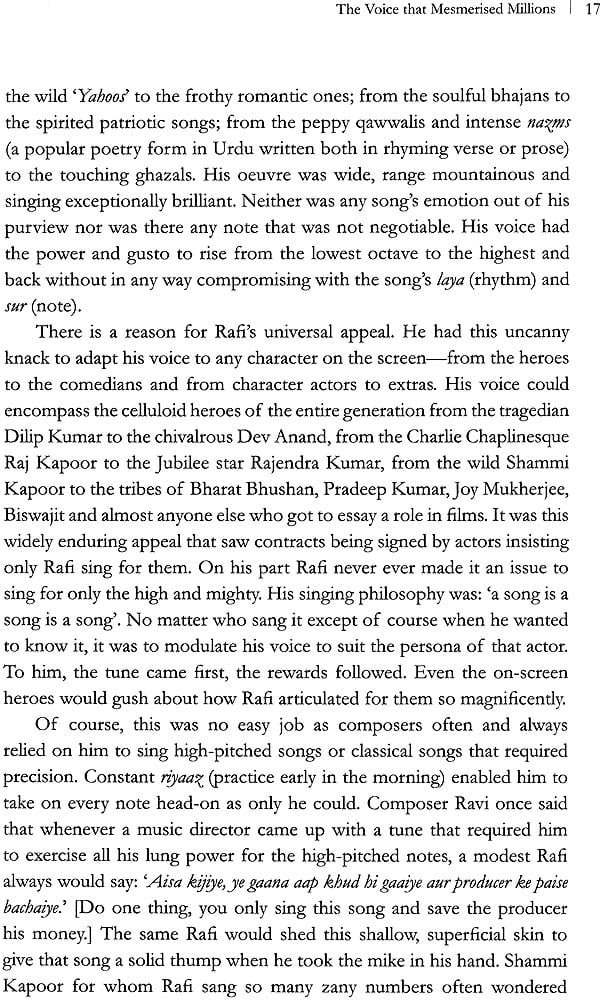 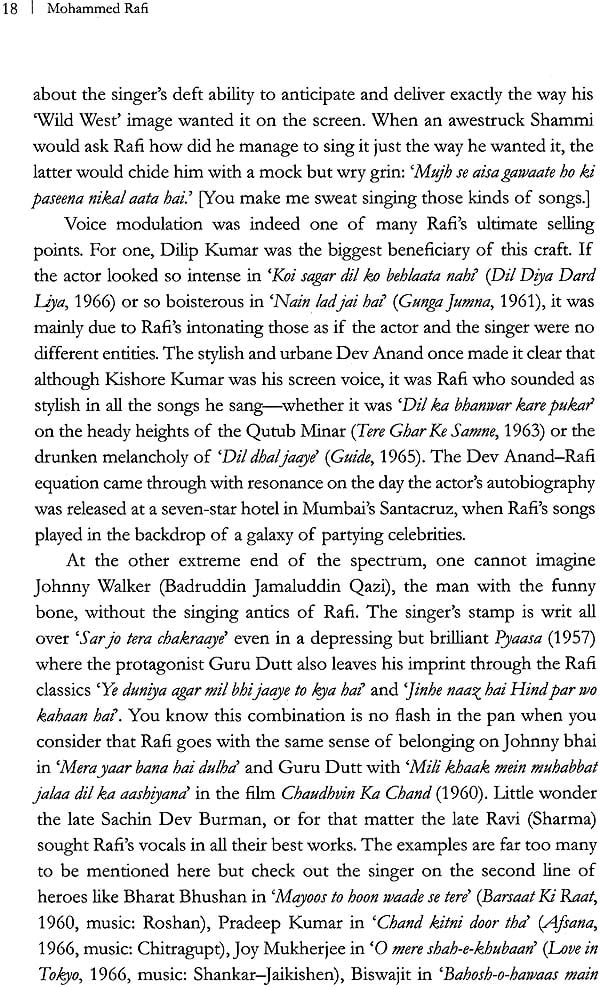 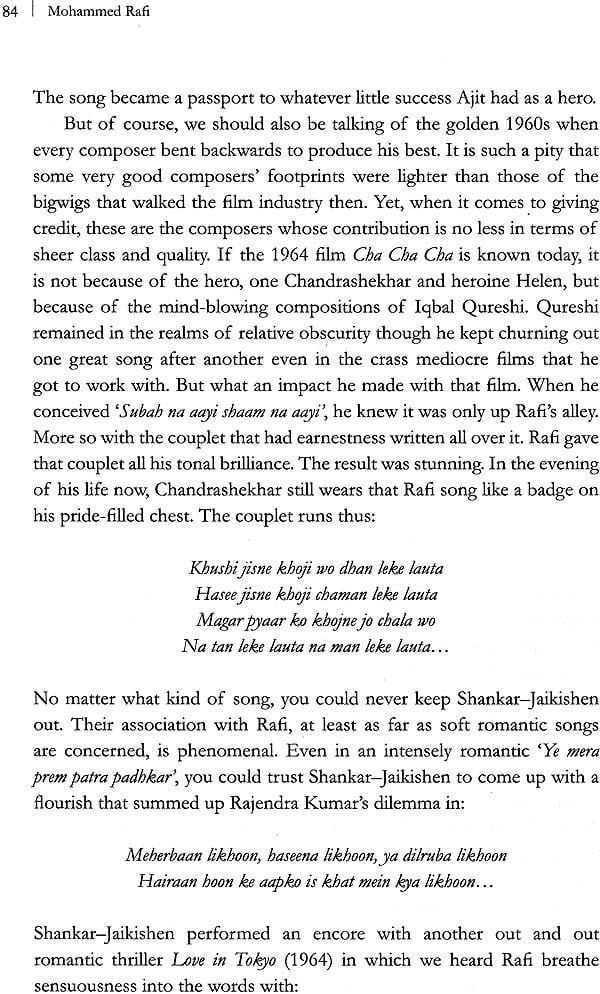 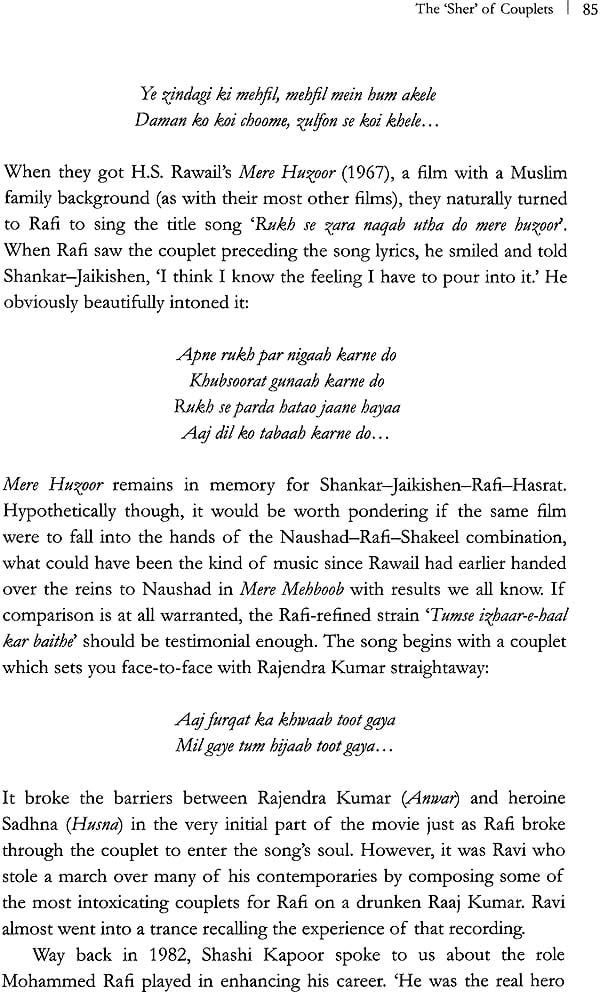 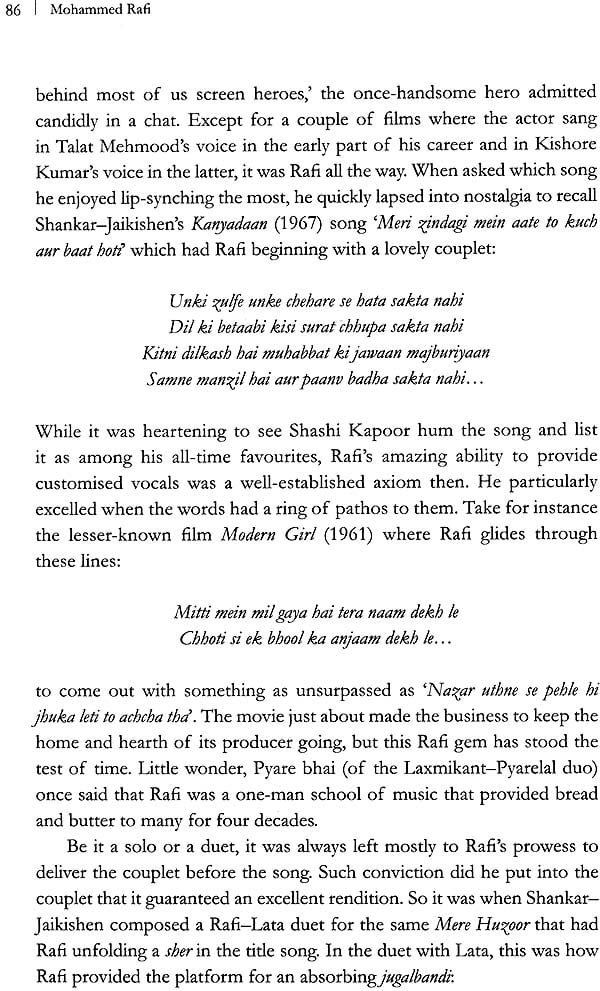 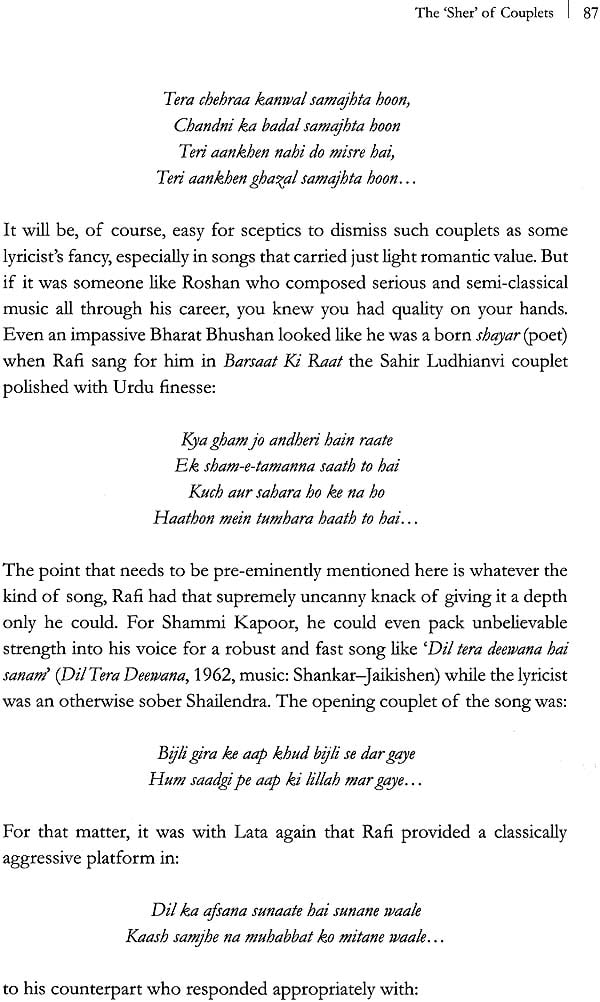 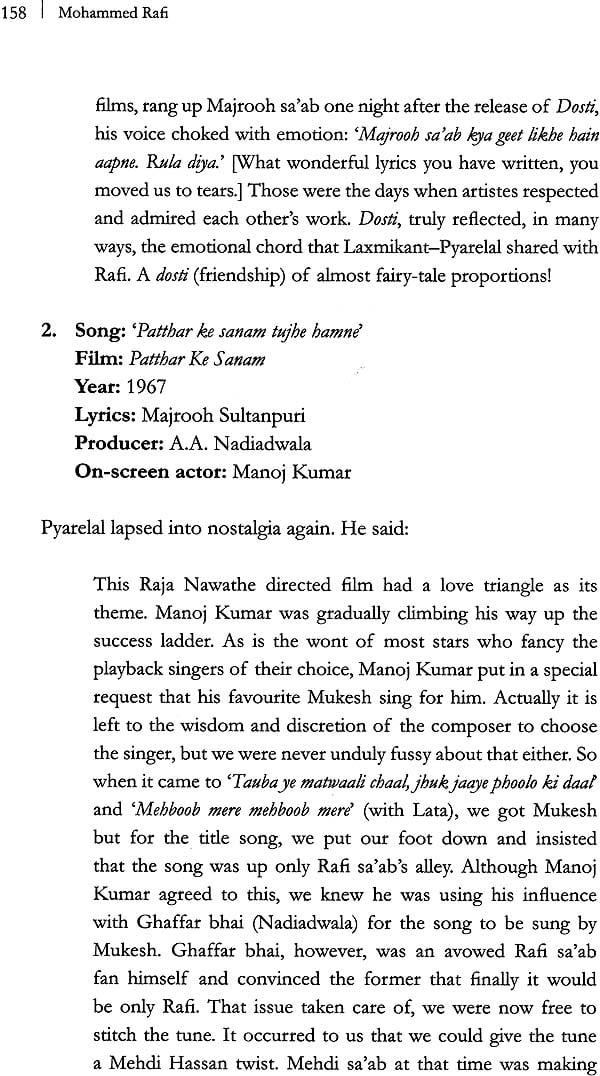 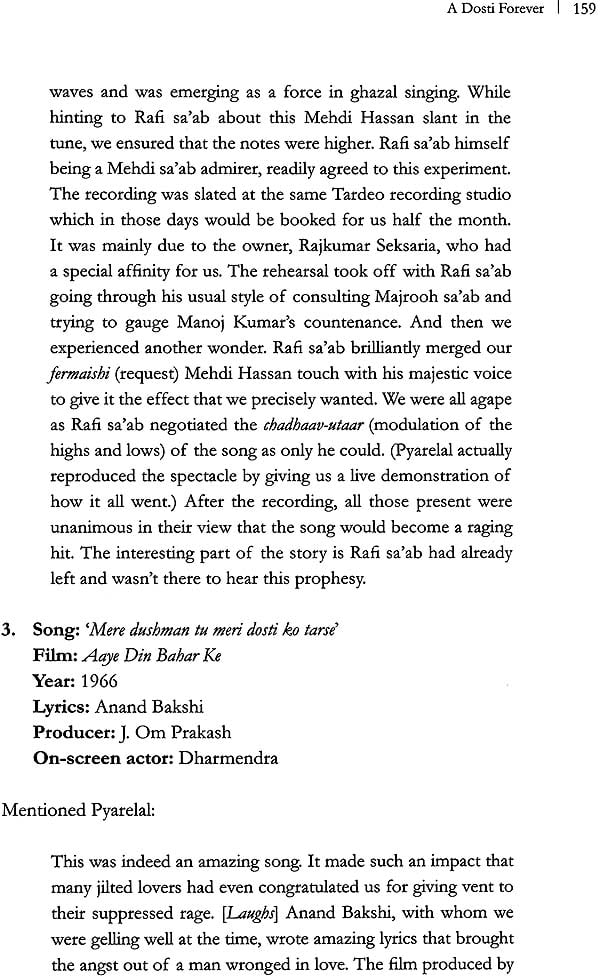 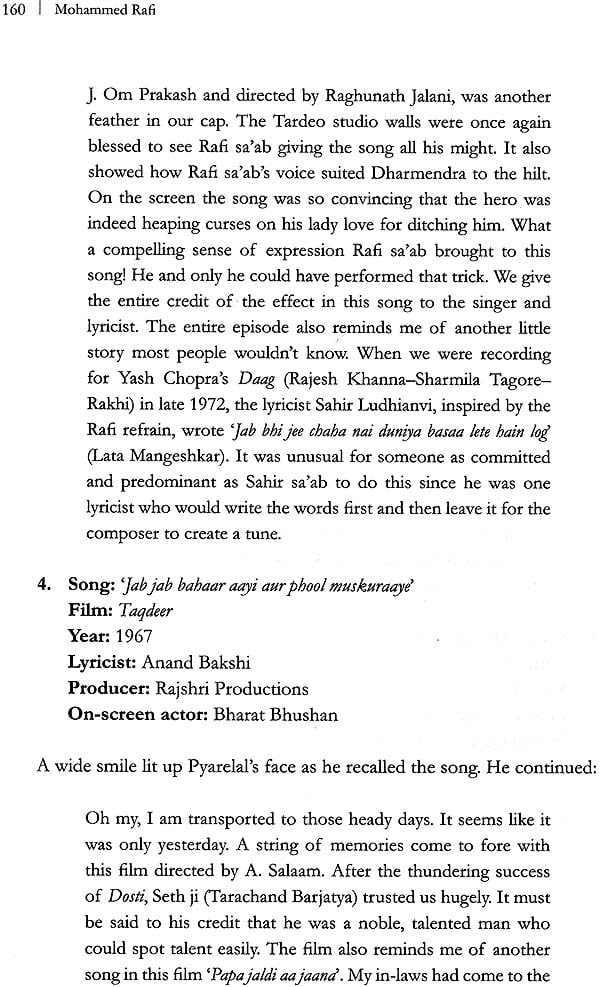 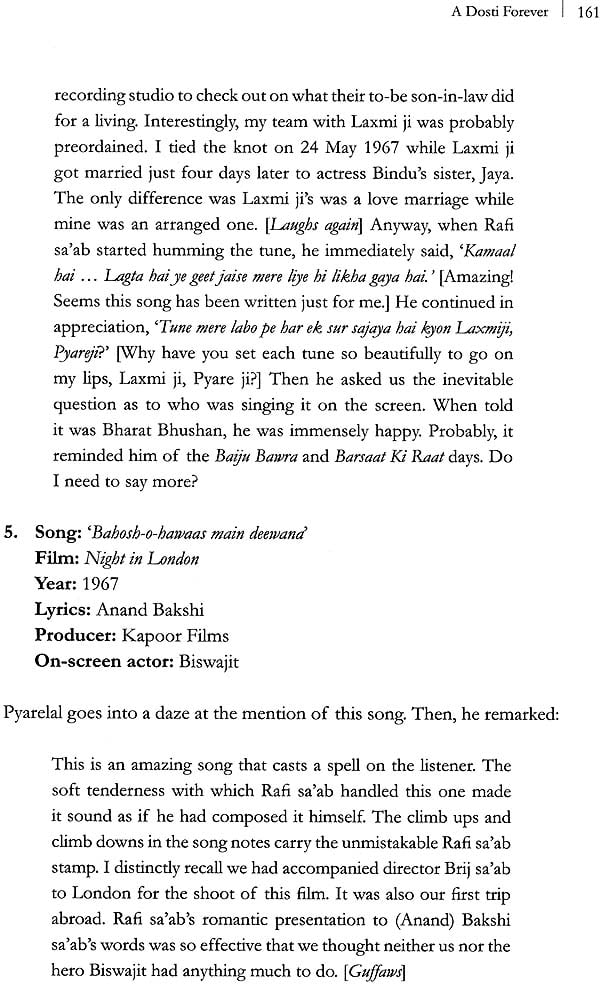 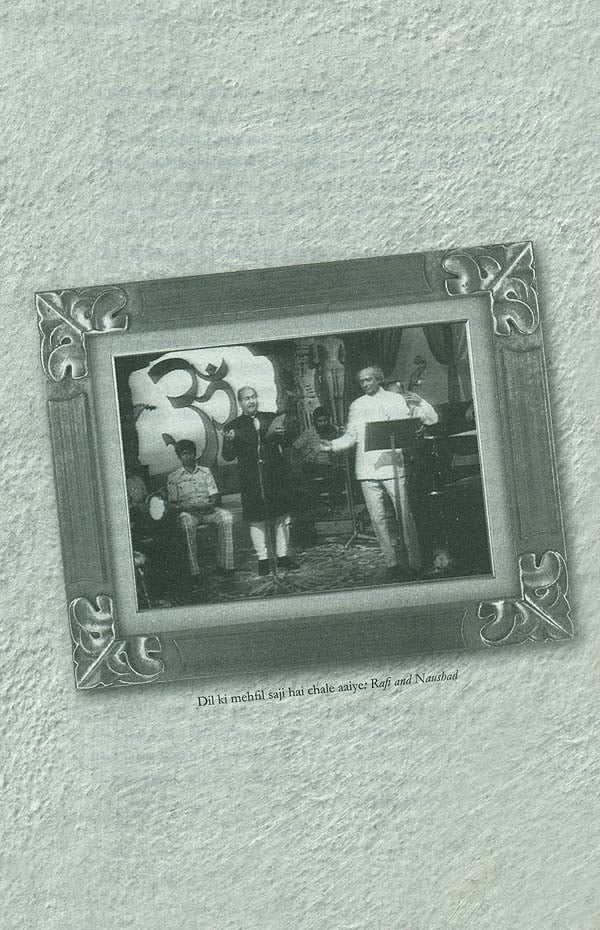 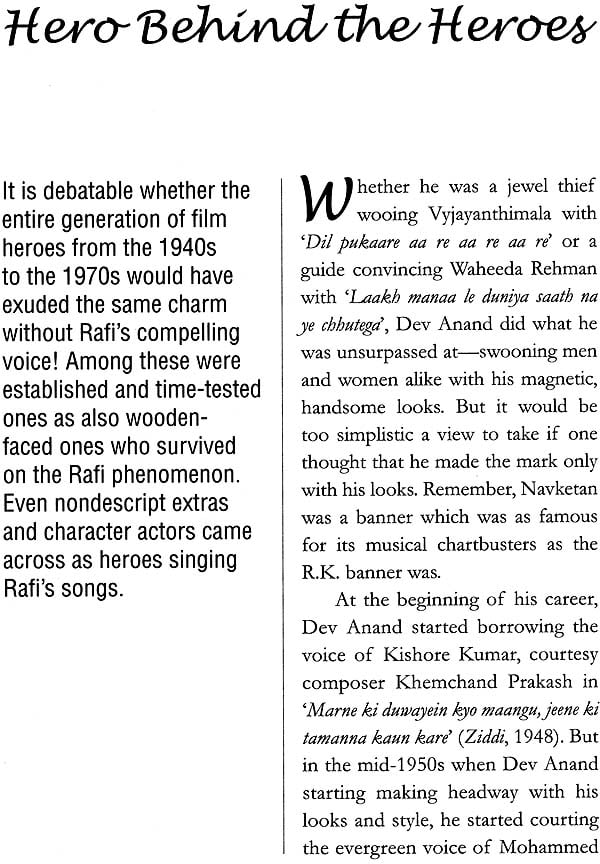 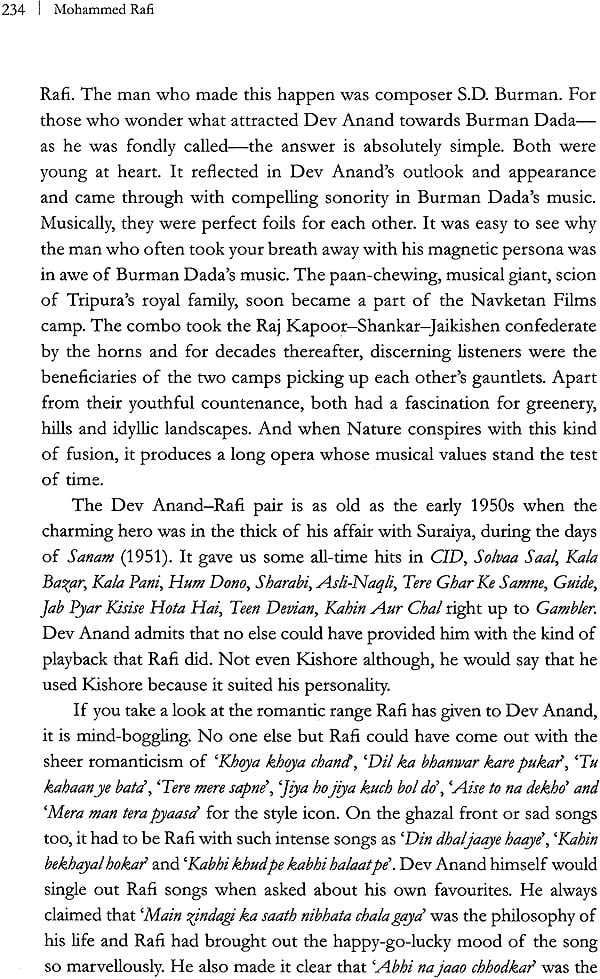 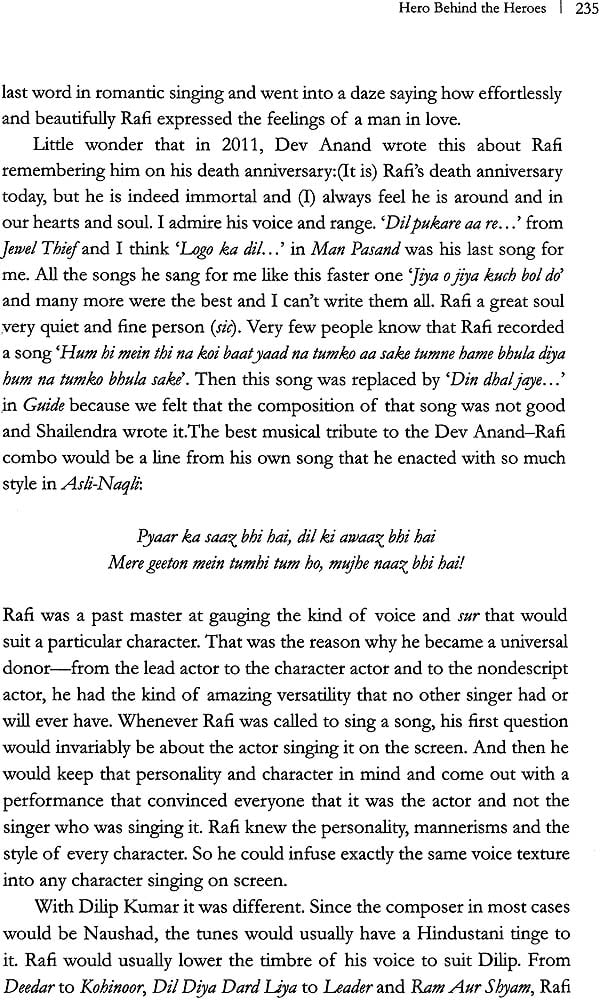