For some years I dealt with prominent horoscopes in THE ASTROLOGICAL MAGAZINE under the caption Horoscope of the Month. This feature was immensely liked. But it had to be given up for obvious reasons. During the last three or four years repeated requests reached me from several of my readers that I should bring out a book, solely dealing with horoscopes containing notable astrological features. In response to these requests this book has been prepared. Some of the horoscopes given in this treatise have appeared in THE ASTROLOGICAL MAGAZINE. but this cannot lessen the worth of the book inasmuch as, such horoscopes have either been revised or re-written. In the recent times, there appears to have been a great spur in astrological activity both in India and abroad and this necessarily calls for the publication of new astrological books dealing with the subject more systematically and comprehensively. It is this fascinating quest for astrology that has made me bring out Notable Horoscopes and if by my humble labour I could make others take a more lively interest in this sublime science, my labours will not be in vain. It has not been found possible to obtain the permission of all living presons whose horoscopes have been published in this book. I request them not to take offence at the comments made about them, as the discussions are essentially objective and scientific.

In the fifth edition of NOTABLE HOROSCOPES herewith presented, some of the horoscopes have been revised and re-written taking into consideration happenings in their lives subsquent to the publication of the previous edition. The whole book has been revised and some of the errors found in the previous editions corrected. It is hoped that this new edition of NOTABLE HORO- SCOPES will aid both the students and savants of astrology to a better appreciation of the practical aspect of the subject. NOTABLE HOROSCOPES Volume II is under preparation. It will cover the horoscopes of Lal Bahadur Shastri, Kennedy, De Gualle, Nixon, Indira Gandhi, Morarji Desai and other notables. Thanks are due to IBH Prakashana, Gandhinagar, Bangalore-560 009 for having brought out this edition attrac- tively.

This edition has been revised and some of the errors found in the previous editions corrected. The horoscopes have been revised and at places rewritten taking into account events that have occurred subsequent to the publication of the earlier editions. Of late a doubt is being expressed in some quarters as to whether the planetary positions given in this book in respect of very ancient horoscopes, would stand the scrutiny of computer calculations. Computers take into account astronomical formulae based upon modern observations, but the criteria for the accuracy of the planetary longitudes in respect of very ancient horoscopes cannot be the assumptions of the computer-programmes. It is essential to note the limitations of the analytical methods as well as the restricted applicability of computers when long-time effects are to be evaluated. Suffice to say that the castings given in the book have been calculated noted astronomers like Cyril Fagan, F.C. Dutt and L. Narain Rao both on the basis of Brown's tables an Suryasiddhanta.. I hope this edition of NOTABLE HOROSCOPES will be of much use to both students and savants of Astrology leading to a better appreciation of the practical aspect of Astrology. I thank the publishers Messrs Motilal Banarsidass for bringing out this edition in an attractive form. 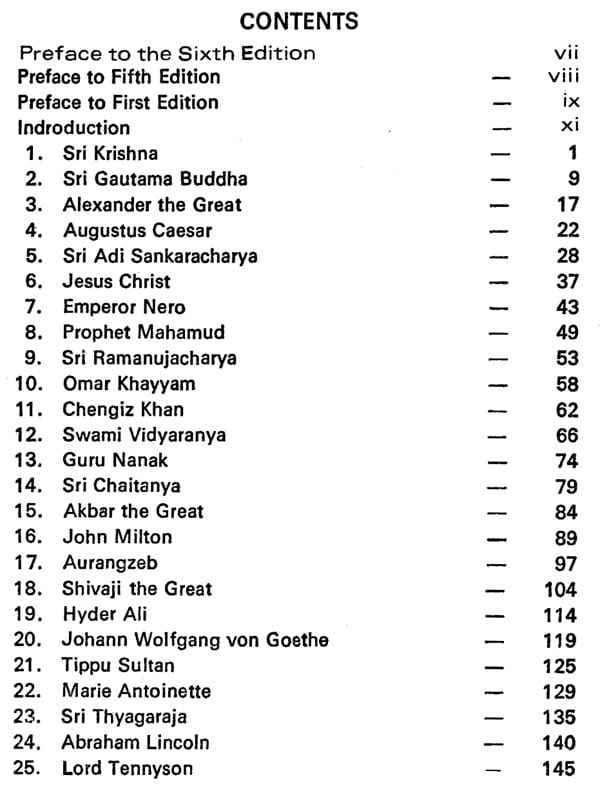 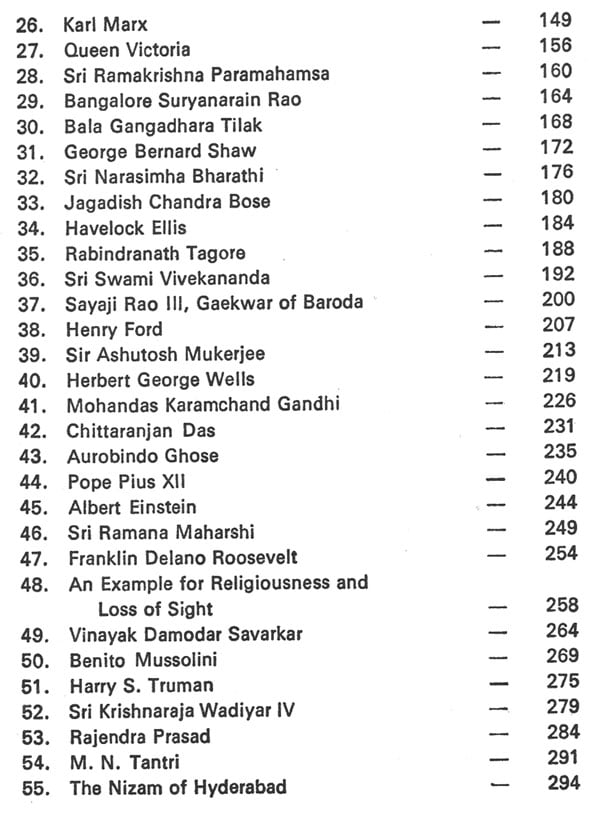 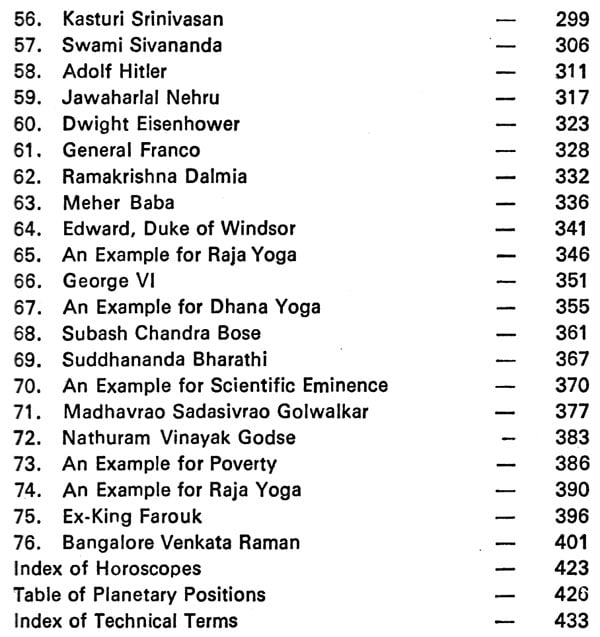 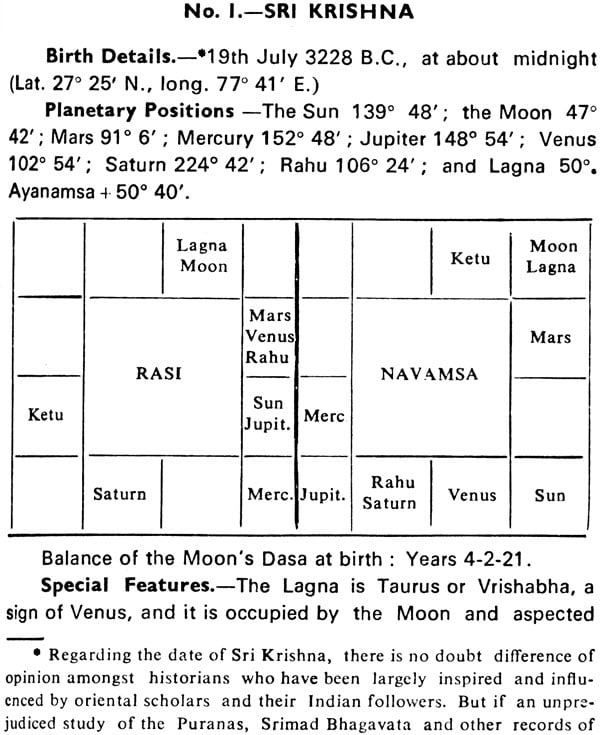 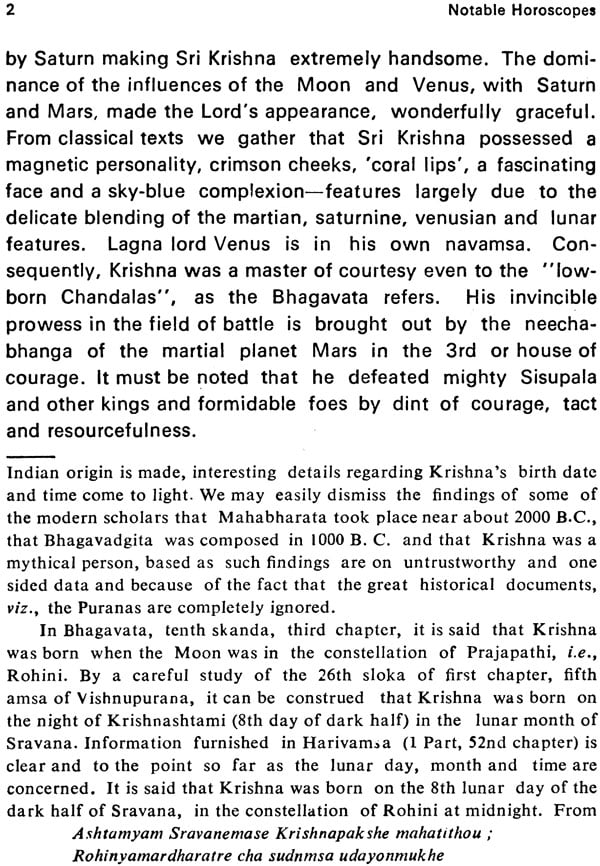 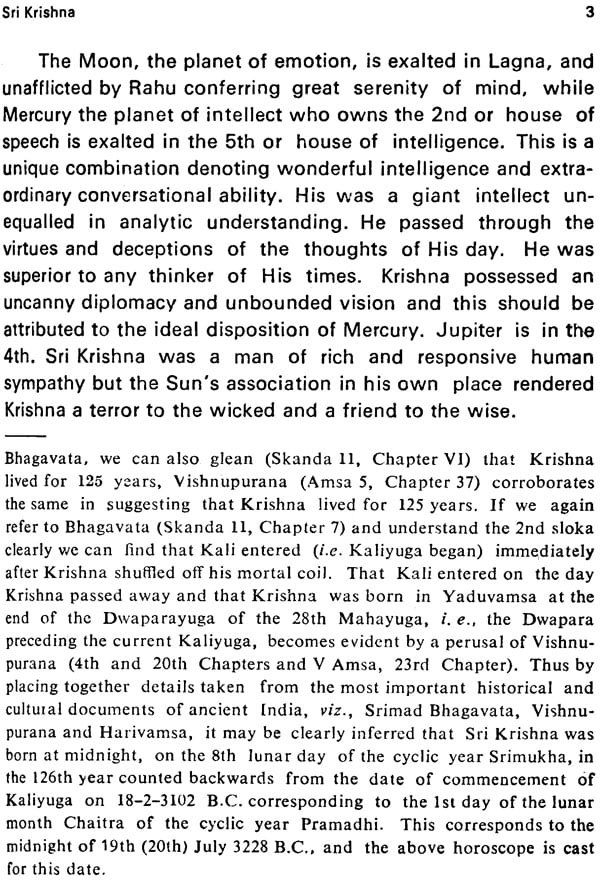 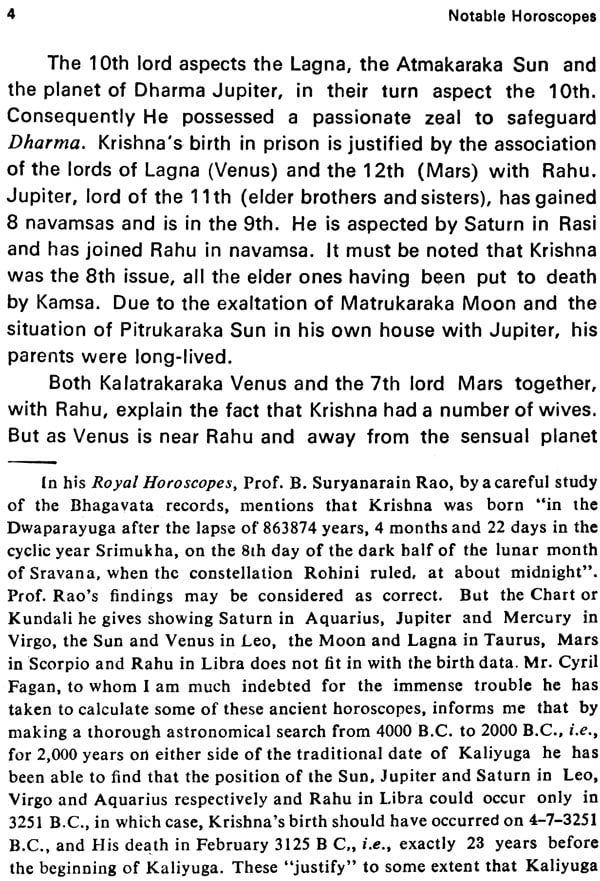 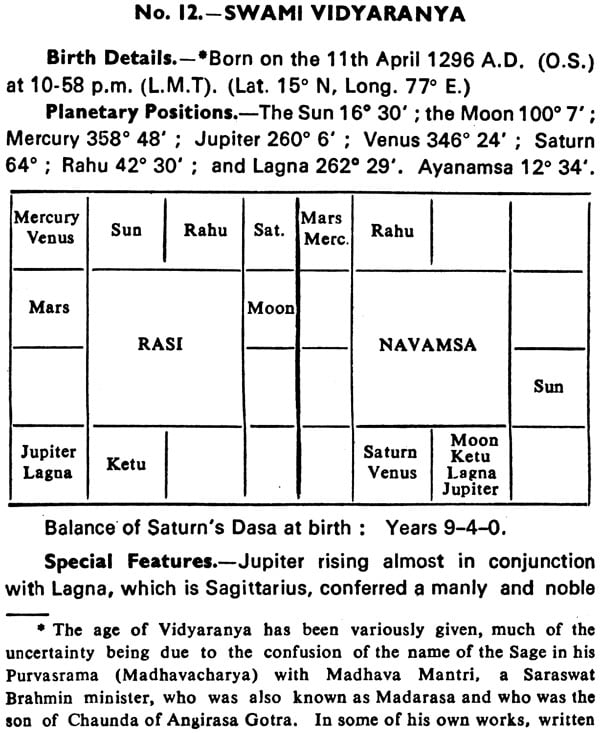 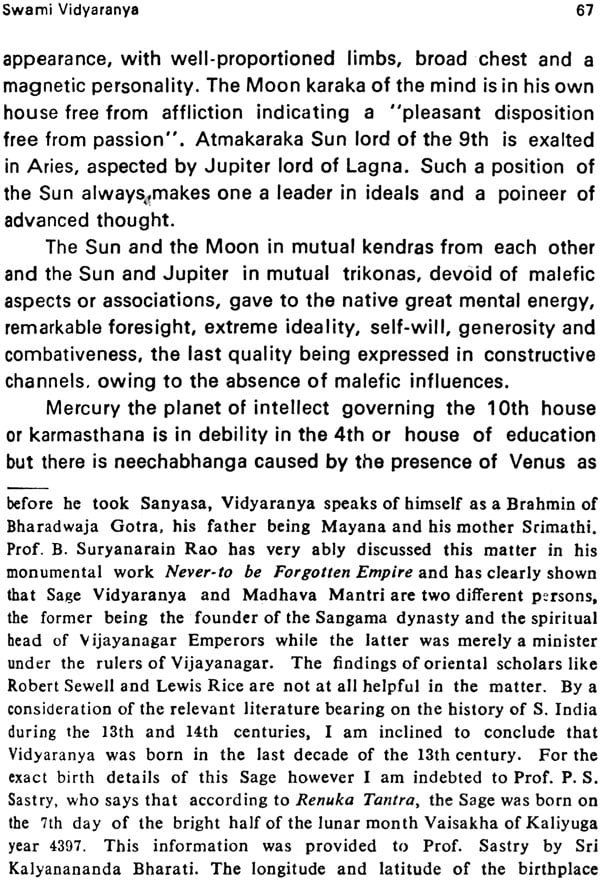 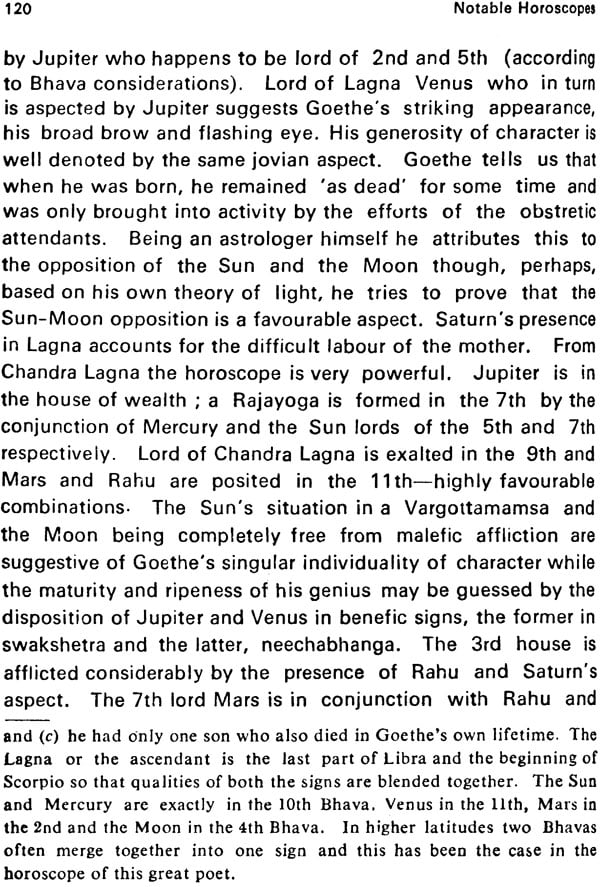 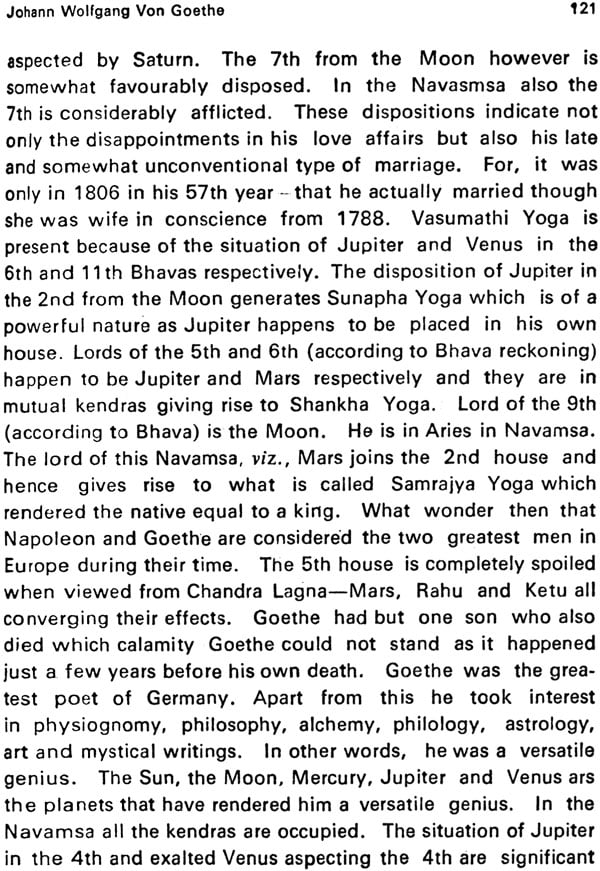 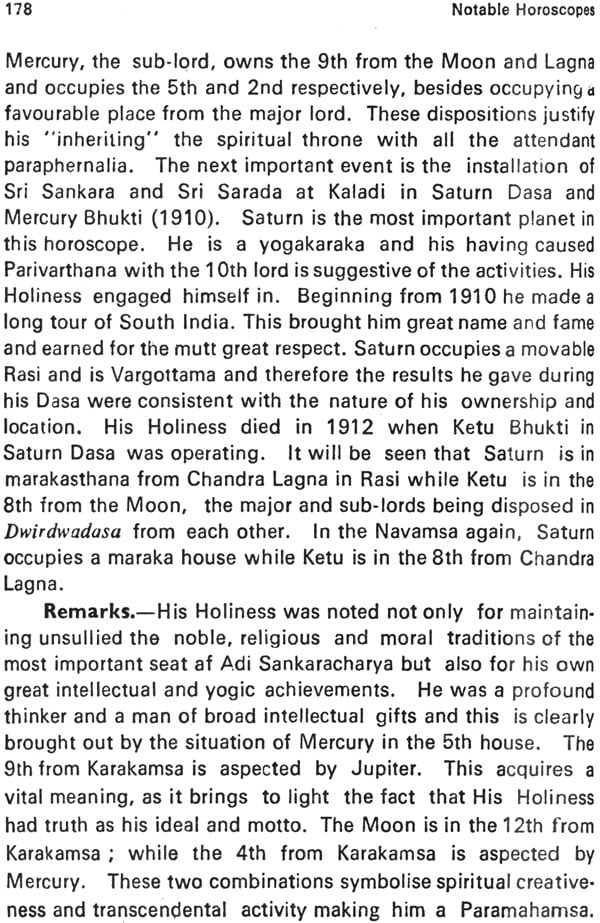 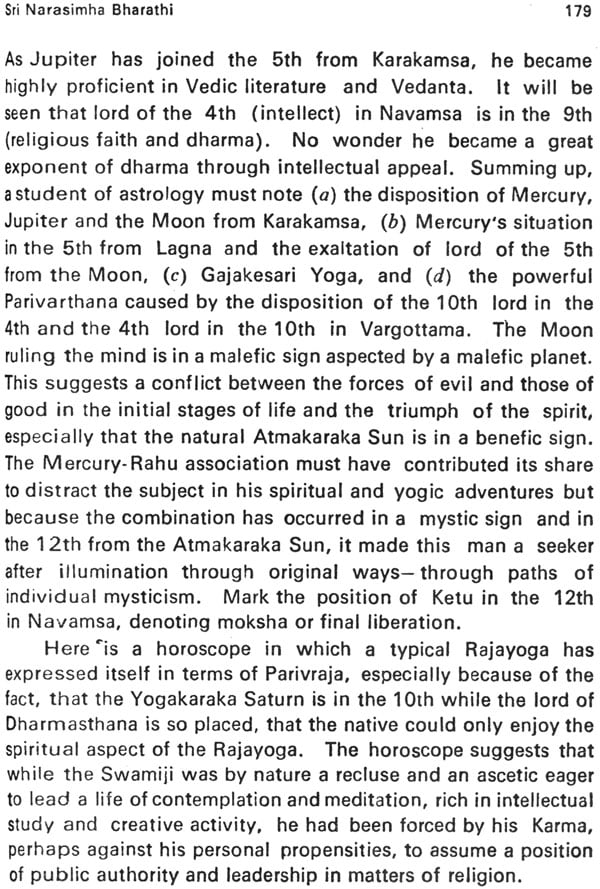 Scientific Analysis of Horoscope : An Exhaustive Study Based on Hindu Predictive Astrology
By Jyotish Saraswati and L R Chawdhri
$24.80
FREE Delivery
$31  (20% off) Complete Astro Palmistry (How to Cast Horoscope From The Lines and Signs of the Hand)
By L. R .Chawdhri
$29
Out of Stock How To Match Horoscopes For Marriage (A Scientific model of compatibility points based on Moon and other aspects as per Hindu Astrology)
By P.V.R. Rayudu
$14
Best Seller Horoscope Reading (Made Easy and Self-Learning Based on The Famous Lal Kitab)
By Prof.U.C.Mahajan
$18