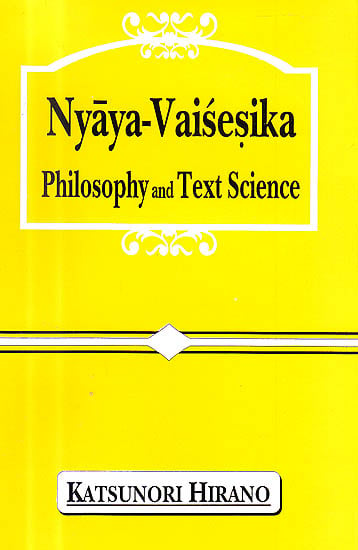 The aim of this book is to clarify’ the particular meaning-system of the commentary text in classical Indian philosophy. Here the author has attempted to show this system of generating meaning in the commentary text from an alternative perspective, utilizing the approach of “text science,” and has elicited a new aspect of Indian philosophy as a result.

This book is divided into four parts. Part I introduces the basic concepts of discourse: history of the Vaiesika school, the Vaiesika categories, the concept of inherence (samavãya) and the concept of text. In addition the author has analyzed the meaning-system of the commentary text from the viewpoints of communication theory, quotation theory and the contextualism. Parts II, III and IV present annotated translation, from the edited Sanskrit, by the author, of the chapter of inherence’s definition in each commentary text on the Padãrthadharinasai.ngraha by Praastapada of the Vaiesika school, the Vyomavati of Vyomasiva, the Nyàyakandali of Sridhara and the Kirandvali of Udayana, around which this book’s unique approach is constructed.

DR. Katsvnori Hirano is Assistant Professor of Nagoya University, Japan. He received his Ph.D. from Nagoya University, Japan in 2001. He mainly works on ontology in Nyãya-Vaieika and considers Nyaya-Vaiseika philosophy from the philological view point as well as from text science. His papers have also appeared in Three Mountains and Seven Rivers, Prof Musashi Tachikawa’s Felicitation Volume (MLBD, 2004), Nya-Vasistha, Felicitation Volume of Prof V.N Jha (2006) and Samskrta-sadhutã, Studies in Honour of Professor Ashok N. Aklujkar(2012).

The present book aims to clarify what system for generating meaning the commentary text in classical Indian philosophy has. This question has not been sufficiently addressed and answered from the philological viewpoint. In turn, in this book, I have attempted an answer from an alternative perspective, utilizing the approach of “text science.” However, this does not mean that such an attempt can be accomplished independently of the previous accomplishments through the philological method. The dependence of this book on these accomplishments can be immediately realized with a glance at the Bibliography. And it is this foundation of scholarship that has enabled this book to, hopefully, go further, analyzing the Indian philosophic commentary text from the viewpoint of text science and to, again hopefully, show a new aspect of Indian philosophy. Text science attempts to establish a universal theory functioning throughout all human expression, including behaviour. Human expression, in other words, the implement of communication, has various forms—language, figures, bodily action, etc., etc. Text science considers all of these means of communication to be “texts” and attempts to establish the meaning-system of the text as a universal theory beyond the different forms of texts themselves. We might state the character of text science as follows:

Setting the farm of a text above its contents,’ text science attempts to clarify,’ a meaning-system which is inherent in each text and to show the common meaning-system among the texts. However the inquiry of the form is not n-relevant to the inquiry of the contents. A/though each inquiry seems to long as the contents are converted through the form. Therefore, text science is not a view point it which ignores the contents of texts.

Following this approach, my book has clarified the particular meaning- system of the commentary text in classical Indian philosophy. Therefore, by showing this system for generating meaning in the commentary text, we might elicit new understanding of the contents of a preceding text, which is disclosed from analyzing its form. This book sets out to uncover this mechanism.

This book also includes an annotated translation of the “chapter on the definition of inherence” (samavaya) in the commentary texts on the Padarthadharmasamgraha (PDhS) of Prasastapada (ca. 550—600) of the Vaisesika school. The commentary texts are the Vyomavati (hi) of Vyomasiva (ca. 900—960), the Nyayakandali (NK) of Sridhara (ca. 950—1000), and the Kiranavali (Kit-) of Udayana (ca. 1050—1100). These commentary texts, in particular their chapters of inherence, are important for investigating not only Vaisesika philosophy, but also the controversy between the Vaisesika and Buddhist philosophers, since the concept of inherence played an essential role in the Vaisesika doctrine ‘and, therefore, was a target for criticism from the opponents. It is through dealing with the chapter of inherence’s definition in these three commentaries texts that this book has considered the meaning-system of the commentary text. Therefore, my book is useful for those who are interested in the thoughts of the Nyäya-Vaisesika school and the Buddhist Logic school, as well as for those who are interested in a new interpretation of Indian philosophy.

My research, since 2003 under the COE program, has focused mainly on this definition of inherence as commented on in the Vy, the NK, and the Kir. While the present book is based mainly on my previous articles, published after 2003, many of which are reproduced partially or in full here, it should be noted that this book is not merely a collection or reproduction of these papers. This book consists of four parts: Part I considers the commentary text from a viewpoint of text science; and Parts II, Ill, and IV present each annotated translation of the “definition of inherence” chapter in the commentary texts on thebe different on the surface, both are relative in their depths; the form influences the contents as PDhS; the Vy, the NK, and the Kit’. Part I is further divided into five chapters.

Chapter I, “Background History and Methodology,” presents a background meant to aid in understanding the following chapters. For this task this chapter briefly explains the history and doctrine of the Vaisesika school, the commentary texts on the PD/IS, the concept of “inherence relation,” and the concept of “text science.”

Chapter 3, “Originality and Quotation,” clarifies an aspect of the system of the commentary text, considering the genesis of commentary texts from a viewpoint of quotation theory, and utilizing the “chapter of inherence’s definition” in the Vt’, the NK, and the Kir. I first consider the concept of “definition” as the act of defining the meaning of a defined object through the exclusion of other objects. Then I analyze this process in the three commentary texts, discussing what each commentary text “excludes” via four factors composing inherence’s definition in the PDhD. That is to say, I analyze the combination between each factor and what is excluded in each commentary text. As a result, I reach the conclusion that a commentary text is generated through the explicit or implicit “quotation” from the precedent text, and the originality of thought in the following text is accomplished by these new combinations between the factor and what is excluded. This chapter represents, for the most part, a revision of Hirano [2004c] [2010a].

Chapter 4, “Interaction between Text and Context,” clarifies a system of the commentary text, analyzing the genesis of the commentary text while taking context into consideration. In this chapter, I have analyzed the main point of the arguments in each of the Vy, the NK, and the Kir by measuring the proportion of comments on the four factors (parts) composing inherence’s definition in the PDhS. As a possible cause for the difference and the change in point of emphasis between the three commentary texts, I anticipate the existence of objections from opponents, which Function as a context for commentary. I then conclude that the commentary text is generated under the influence if this context. This chapter represents a revision of Hirano [2005].

Lastly, one major innovation of my book is to show various aspects of the commentary text in Indian philosophy by applying concepts used in text science; for instance, communication theory, quotation theory, and contextualise. It is through the new application of this method of analysis, I firmly believe, that we will be lead to new understanding of Indian philosophy, which cannot be achieved by only reading philosophical texts of classical India and which might make an important contribution to the field of Indian study itself. 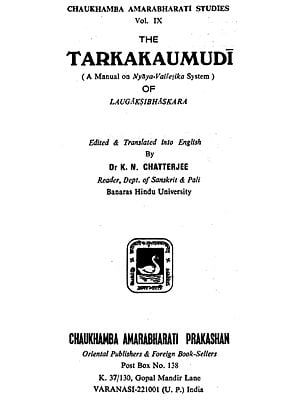 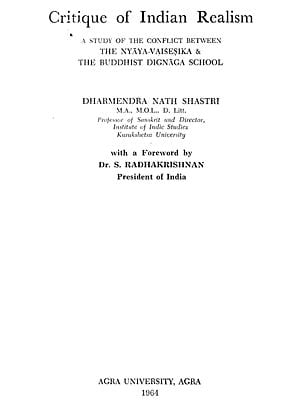 Critique of Indian Realism : A Study of the Conflict Between The Nyaya-Vaisesika and The Buddhist Dignaga School (An Old and Rare Book)
By Dharmendra Nath Shastri
$105
FREE Delivery 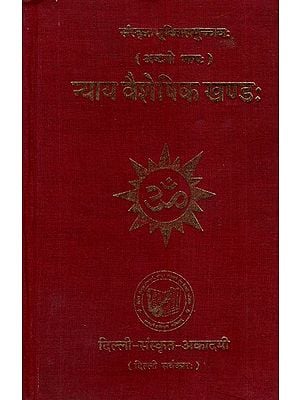 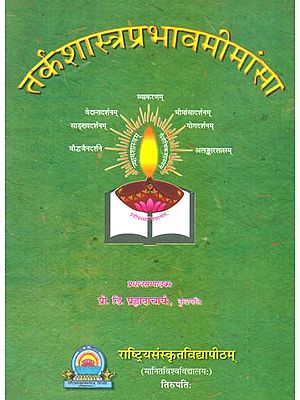 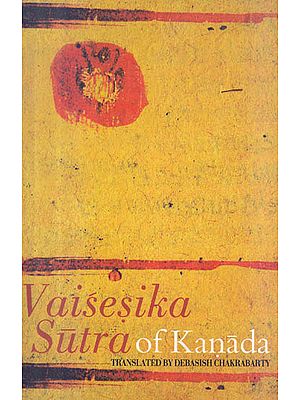 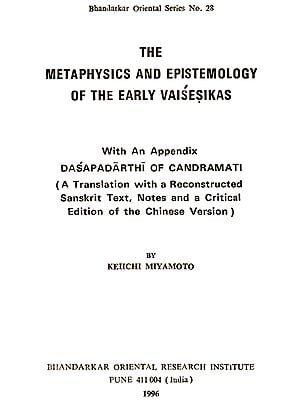 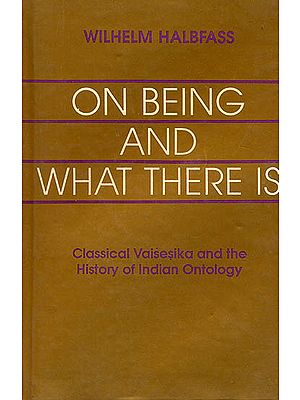 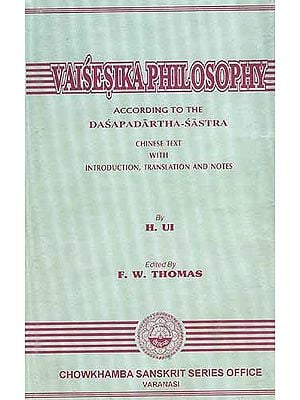