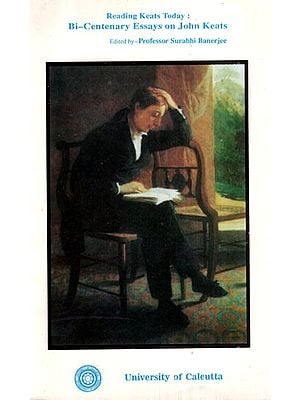 'I am surprised at the extent of dedication and high seriousness to which Keats is cherished and read by scholars and readers in India '— that is how Jonathan Cook summed up his 'unexpected discovery of an active Keats culture' in this country.

'I am surprised at the extent of dedication and high seriousness to which Keats is cherished and read by scholars and readers in India '— that is how Jonathan Cook summed up his 'unexpected discovery of an active Keats culture' in this country. He made this remark at the terminal session on Keats at Calcutta University; he was slowly sifting and winnowing his gleanings of Keats vis-avis Indian Universities. Jonathan Cook, an eminent British scholar in romantic literature and critical theories, was here as a Visiting Lecturer, scheduled to span an enormous topos in the course of three fleeting weeks. On the two hun dredth anniversary of the birth of John Keats, Dr. Cook was formally honoured 1 by the British Council, with the task of taking Keats to Indian academies across the country. With Keats, Cook travelled to Delhi, to the University of Pune, to Elfinstone College in Bombay and to theUniversity of Gujarat in Ahmedabad.He flew to the University of Kurukshetra to Osmania in Hyderabad and to Thiruvararthapuram. Calcutta was the last slab in the programme.

At Calcutta University Dr. Cook delivered a series of three lectures on 'Keats and the Achievement of Poetry'.It is an Endowment Lecture dedicated to the memory of Professor Mohini Mohon Bhattacharya, a foremost scholar of English literature. The earlier incumbents of this lecture include scholars and creative writers such as Professor A.G.Stock, Professor John Carey, Professor Douglas Gray and Sir Stephen Spender. 1995 marks the two hundredth anniversary of the poet's birth. So nothing could have been more apt than Keats on this occasion.

It is an event to reaffirm an allegiance to Keats and the greatness of his poetry. For Jonathen Cook it is worth remembering Keats as a figure whose work still talks to us. He strives to convince his listerners that Keats is not a cold movement. In the process he strives to explore the various moods and meanings, often paradoxical, of an idea of achievement in his work.

He begins by exploring the recurrent motif of death, finitude and mortality in Keats's poetry and demonstrates how his early death gives us one meaning of the achievement of poetry. That is poetry which is achieved at the expense of life. Besides isn't our remembrance of Keats life dominantly overshadowed by the signs of his death rather than his birth? The myth of Keats as much as the myth of Romantic poetry grows out of his premature death which eventually si acquires a subtle shade of martyrdom. Keats stands to us as a perpetual para digm of 'the youthful poet' whose very youthfulness is reinforced by his early death. But this perspective of 'death ' in appraising Keat's achievements as a poet has its inevitable perils and some other familiar details of his 'life'instead of 'death ', may be worth rehearsing in the context. It would be worthwhile to note that Keats was a social interloper in the literary culture of his period. His comparatively humble birth, his apprenticeship as a doctor and surgeon, his self-education in French and Latin, his reading of the Greek classics in translation -- all distinguish him from other romantics, from Wordsworth, Coleridge, Byron and Shelly. His medical training in particular, was formative for his identity as a poet and for his achievement of poetry. As a matter of fact, this has been one of the focal points in recent Keats criticism in England. His experience as a trainee apothecary, as a surgical dresser consciously or unconsciously entered into his poetry. Medicine also brought him into a special kind of intimacy with the body -- observes Dr. Cook who also cites Christopher Ricks's fine study of the frequency and significance of blushing in Keats; in this connexion Dr. Cook offers the same gloss on Keats's alertness to pallor and the loss of blood to the face or body ( La Belle Dame sans merci, Isabella). He further illustrates how this trope is elaborated medicinally which also confirms how close for Keats emotional and physical states were. Given Keats's medical training and the long hours he spent caring for his brother Tom who died of tuberculosis in December 1815, the motif of watching or watching over a lover acquires new meaning beyond eroticism. 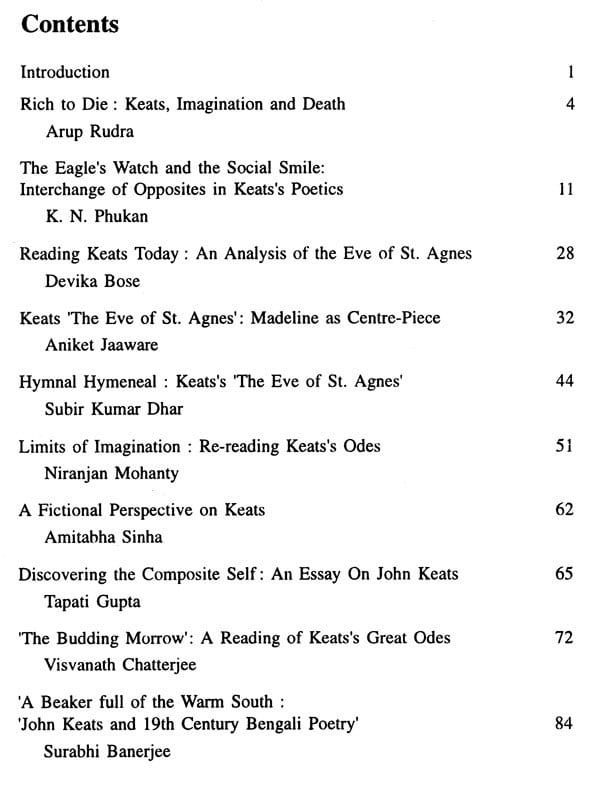 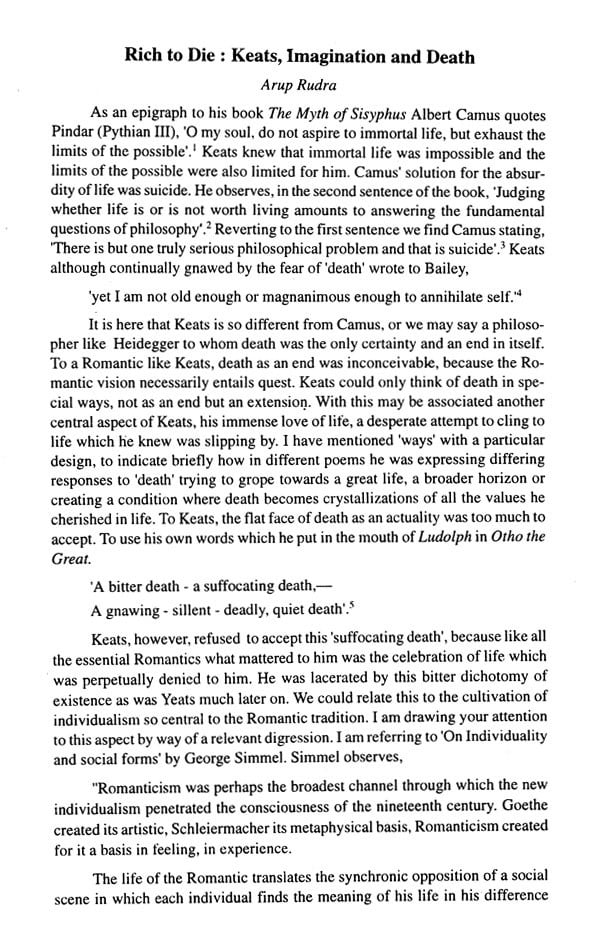 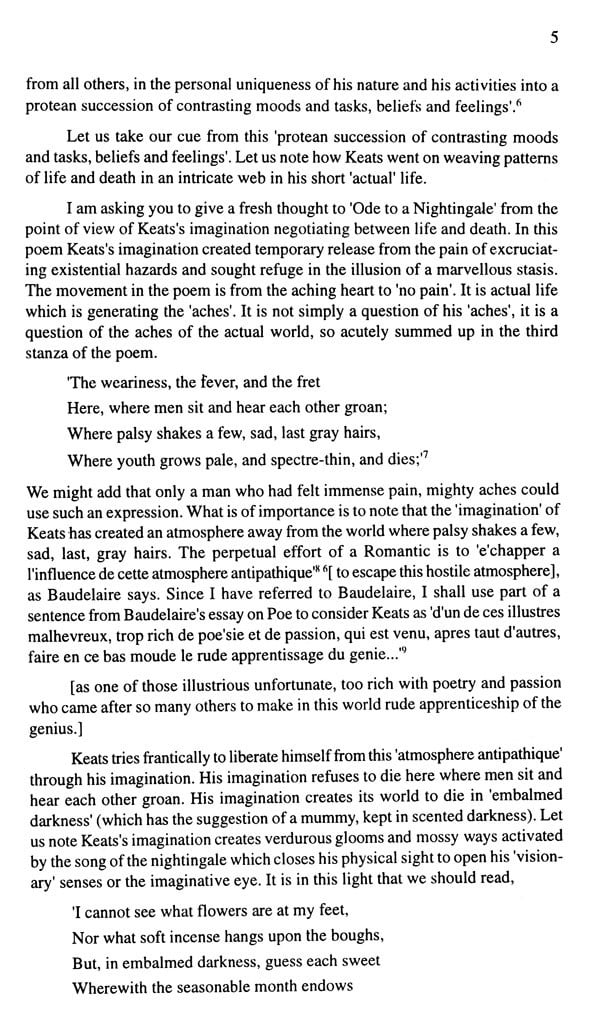 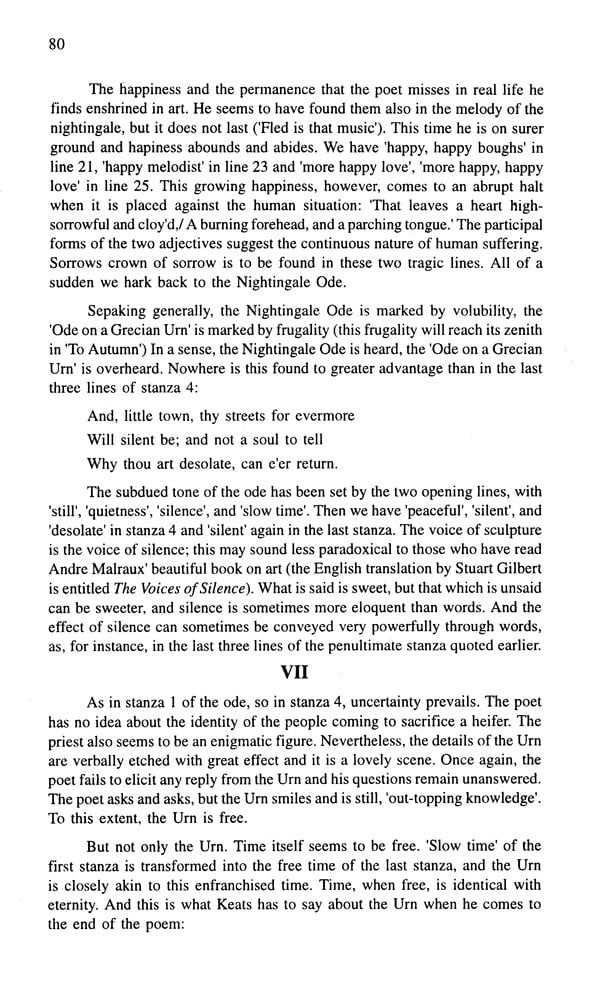 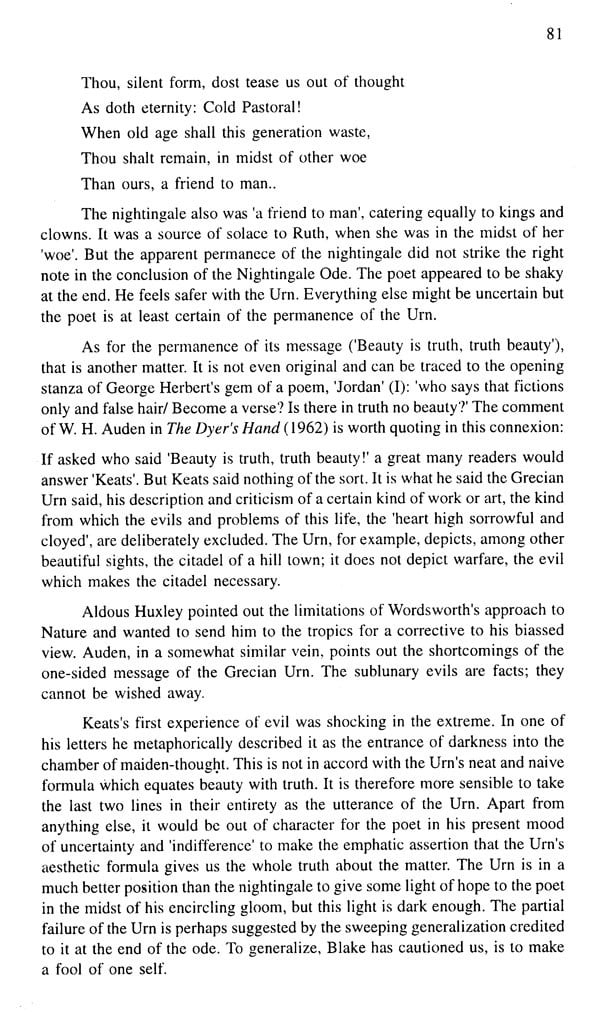