Risabha Deva (The Founder of Jainism)

LORD RISABH DEVA was the founder of Jainism. Jain chronology places Him at almok immeasurable antiquity in the past. He was the First Tirthamkara of the Jains. The Hindus recognised Him as one of the incarnations of Vishnu and hold that he appeared shortly after the formation of the world. Jains worship him as the First World Teacher. Risabh Deva taught agriculture (krishi), swords-manship (asi), writing (masi), commerce (vanijya), crafts (shilpa) to the people and organised the society. Therefore he was called Prajapati (Lord of Creatures) and Adideva (First Lord). Risabha's son was Bharat and the country of Himalaya (India) came to be known as Bharata-varsha. One of the grandsons of Risabha was Marichi-who after many births became the 24th and the last Tirthamkara Mahavira.

The present book Risabha Deva by C.R. Jain has summerised the life and teachings of Lord Risabha Deva. Jainism can be studied only by analysing the contributions of Jinas and Tirthamkaras. This book remains till today an essential and authoritative reading for scholars not only on history and antiquity of Jainism but also on the contribution and philosophy of the Jains

C.R. Jain was born on 6th Aug., 1867 to parents L. Chandra Mal and Smt. Parvati Devi at Delhi. He was adopted as a son by L. Sohanlal Bankelal at the age of seven and married to the daughter of Barrister Pyare Lal Jain when he was only 13 years' old.

C.R. Jain went to England to study Law in 1892 and returned back as Barrister in 1897. He practised at Delhi, Moradabad, Amritsar, and Hardoi in U.P. In 1913 he studied Hinduism, Christianity, Islam and made a thorough study of Jaina Concepts.

He visited many countries and addressed the World Fellowship of Faiths in Chicago (USA) on 30th Aug., 1933.

In 1942, he created C.R. Jain Trust for publishing and distribution of Religious books. He was one of the founders of All India Digambar Jain Parishad. Tall and fair complexioned, C.R. Jain had a charming personality. He had met Ravindra Nath Tagore at Shanti Niketan and had contacts with Mahatma Gandhi.

He had bad health as TB patient and returned back to India from England. He passed away on 2nd June, 1942 in Karachi. He was hailed as "Ocean of Wisdom".

Risabha Deva was the Founder of Jainism in the present half-cycle of time. He was a man, but became Immortal and a Tirthamkara (Teaching God), and taught the Path of Perfection to others. Innumerable souls have benefited by his Teaching. There have been twenty-three subsequent Tirthamkaras who re-affirmed His doctrine. His life story will be delineated in the following pages. The account is based on the Jaina scripture entitled the Adi Purana. Help has also been taken from an excellent but all too brief abridgment of the Adi Purana prepared by Mr. Behari Lal Chaitanya. The date of Risabha Deva's age is simply un-fixable; all that can be said about His time is that it was anterior to all forms of rational religion; for all mythologies, allegories, of all lands and peoples, that have a rational interpretation, yield only fragments of the Truth taught by Him, when properly interpreted, and would be quite unintelligible and misleading without the light of His Word. The Jaina chronology places Him at an almost, immeasurable antiquity in the past; but it is under suspicion of being too methodical in its computations. The Hindus, who recognize the Tirthamkara as one of the incarnations of Vishnu, hold that he appeared shortly after the formation of the world, and that no less than twenty-eight yugas (cycles) have elapsed since then. All that can be said definitely about his age, then, is that He flourished very very far back in the hoariest of hoary antiquity; and that He was prior to all systematized forms of religion!

Religion originated with man; the first deified man in every cycle of time is the founder of Religion. Yet as a science, Religion is eternal; for all sciences are really eternal!

That Religion is a science, need not astonish us. It is either a fact, grounded on a fact, or a fiction. There is no intermediate state between fiction and fact. Whatever is definite, certain and reliable is always fact; what cannot be conceived definitely and clearly and is consequently unreliable is not a fact! Fact is ever amenable to rational explanation and scientific treatment!

The immortal soul that is to become deified into a God later on in its migratory career, is led to cultivate such powerful virtues as Study, Faith, Love, Veneration, Service, Mercy and the like. In this way it becomes qualified for deification. Amongst, the Deified Ones those who have been consumed by a burning desire to remove the suffering of their fellow-beings and to carry enlightenment and comfort to their hearts become the Tirthamkaras. They may be called Teaching Gods.

Tirthamkaras have only appeared amongst the Aryan races. They are Omniscient, all-conquering (in the spiritual sense), and attain to all the most coveted Perfections that the imagination of man is able to conceive. On the attainment of Omniscience they commence their upadesa (Instruction). Amongst the non-Aryans no one has ever clearly claimed that humanity has attained or may attain Full Knowledgeand Godhood. Their gods are all descended from heaven, ready-made, so to speak. They are mythological, without exception. It is not the accepted teaching of any of the non-Aryan religions that man can and does become the all-knowing, all-perceiving, ever-blissful God. Indeed, they are all anxious to maintain the supremacy of a solitary imaginary god whom they regard as the creator and the manager of the world-a claim which they are, however, now abandoning in the presence of modem science, bit by bit, though not without a struggle, to be sure. The man-made Aryan Religion, like the modern science, refuses and has always refused to acknowledge the existence of a creative or managing god in the universe. It reduces everything to the iron laws of nature! Faith, observance, as well as emotion, and inner experience, all come thus under the jurisdiction of systematized thought. This is naturally the main feature of a science!

Religion, then, is a science, and originated amongst the Aryans. Amongst the Aryans it originated with the Jains; not with the non-Jaina Aryans. There are non-Jaina Aryans, too, but it did not have its origin with them. They, too, are entangled in the superstition of creative godhood, and pray to a world-manager for their material and spiritual wants! They, too, make no claim that religion was founded by man. Divine revelation, rather than man's discourse, is claimed by them as the source of their creeds! Surely, there is no feature of scientific thought presented in all this. Who founded religion? Was he a man or some non-human being, who descended from heaven? What did he teach (in a scientific way)? Did any one benefit by his teaching, and become like him in all respects are questions which find no satisfactory answer outside Jainism, whether amongst the Aryans or the other races of men.

In Jainism alone will the seeker find a complete answer to all the above questions. Religion is founded by man. It is a perfect science. There is no creator of the world; and no one to grant the prayers of humanity! By following Religion man may become in all respects like the Teacher. Periodically other Teachers-small and great ones, both-arise and re-affirm the principles of Truth. Jainism can give the biographies of a very large number of souls that have become deified, and are now living in nirvana, enjoying such supremely divine and worshipful attributes as Omniscience, Immortality, unending, uninterrupted, uninterruptable, unabating Bliss!

Jainism alone, then, is the Scientific Religion, discovered and disclosed by man, for the benefit of man, and the advantage of all other living beings! Mythological religions, too, will support the teaching of Jainism wherever they are found to be still adhering to the grain of the truth pushed and buried under fiction and fable. All mythologies, as a matter of fact, started with the teaching of truth as taught by the Tirthamkaras. This is but natural. From its very nature Scientific Religion could not have been a hole and corner affair. The attainment of divinity by man was not intended to be kept and could not be kept a secret. Its doctrines were bound to spread-comparatively, very slowly in those early days of the bullock cart and the camel caravan. You would, however, get mere fragments, rather than detailed instruction, the further you travelled from the Enlightening Source. This is precisely what is to be found in the mythologies of the world to-day. Bits and fragments are to be found so disconnected and disjointed that it is almost a Herculean task to refit them into their proper shape. The true principle of the interpretation of the different mythologies and scripture of the world have been explained in my earlier work, The Key of Knowledge, The confluence of Opposites, and others. It nay one would study religion, as a science ought to be studied, he would not, I am confident, differ from what has been said in those book, concerning the nature of religion and the interpretation of the world’s scriptures. 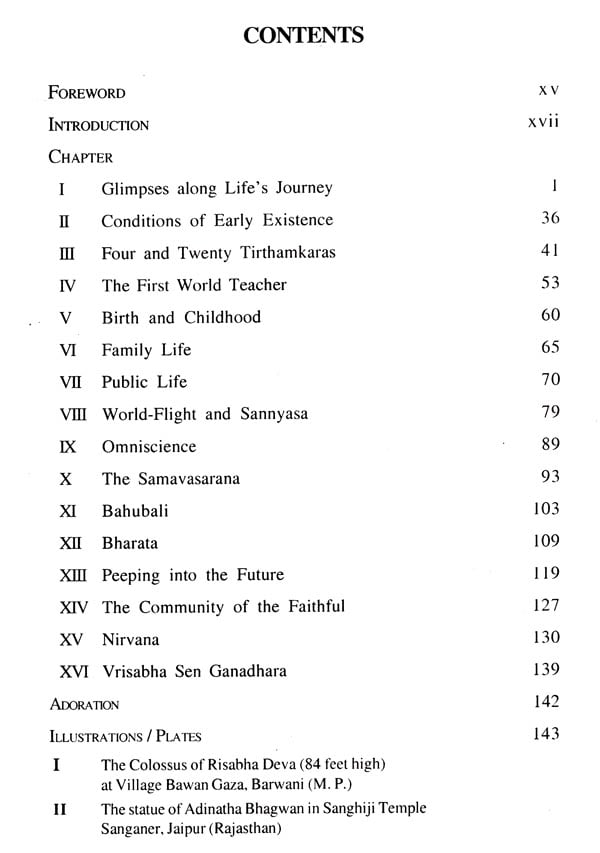 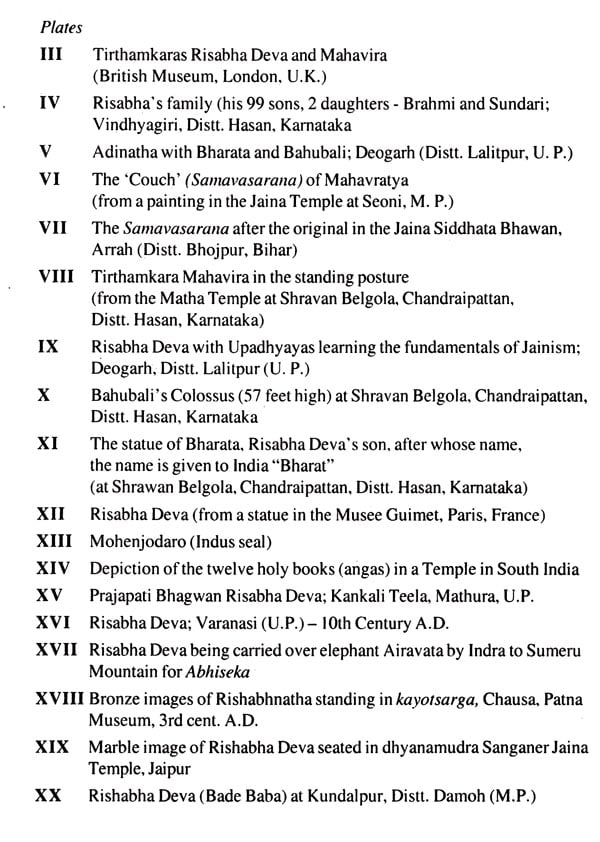 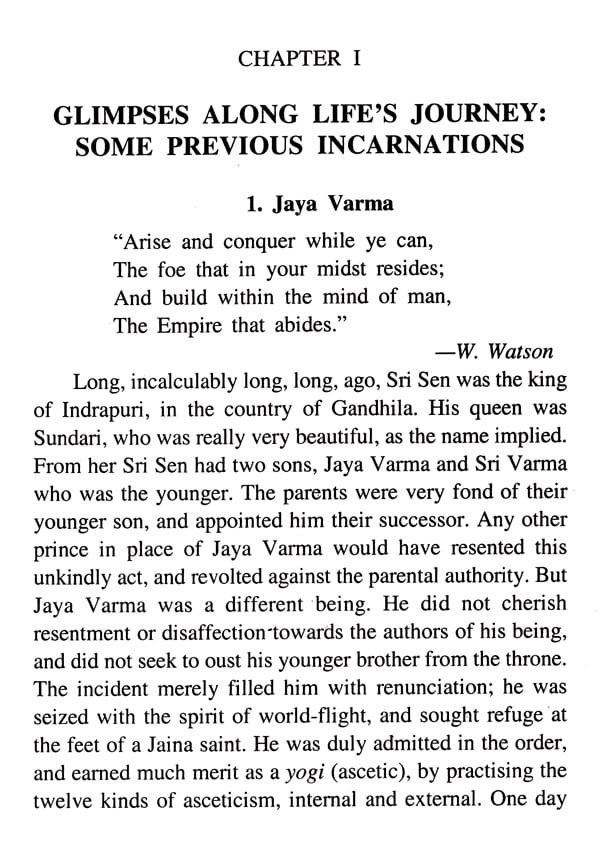 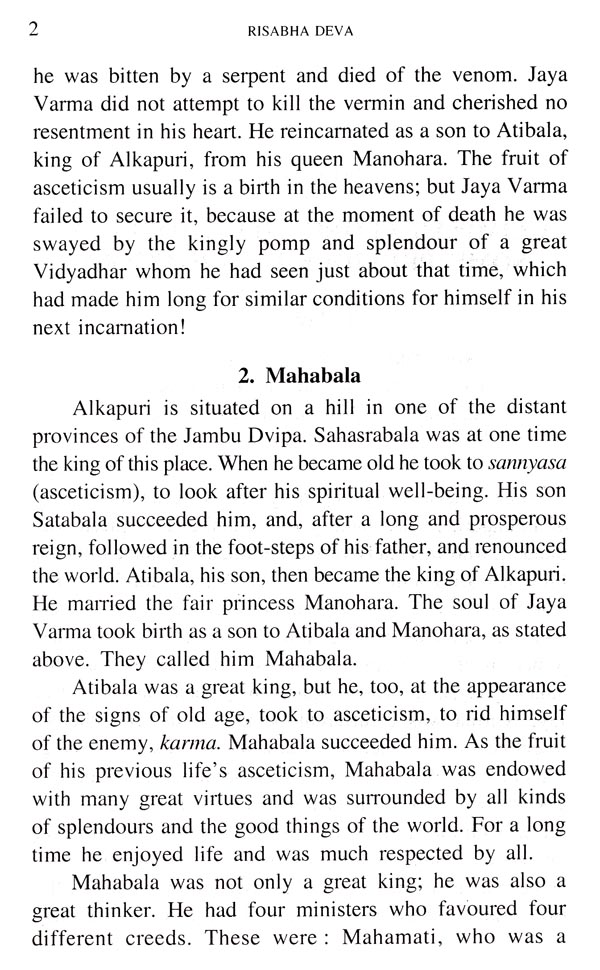 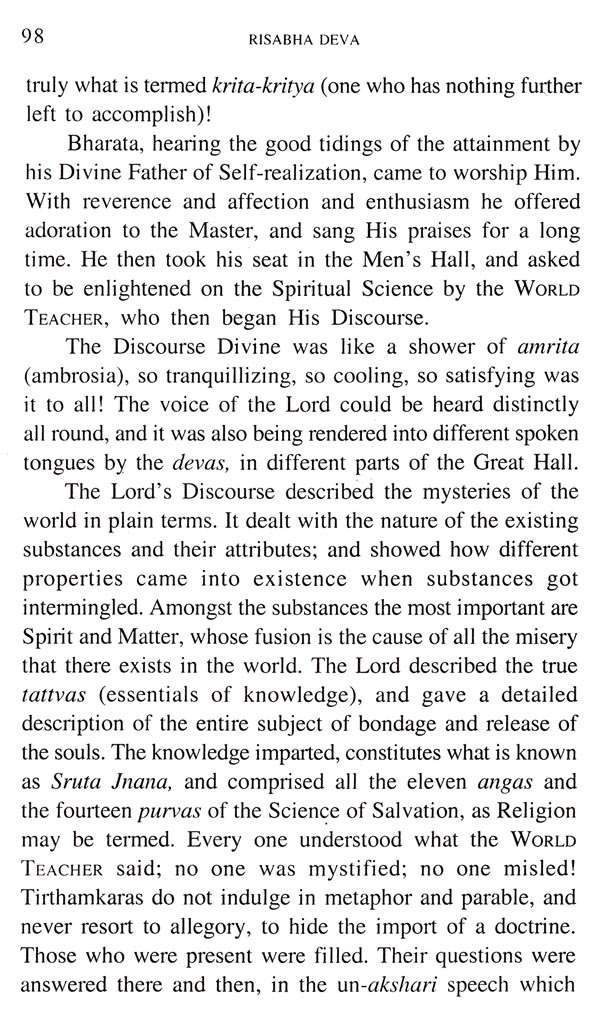 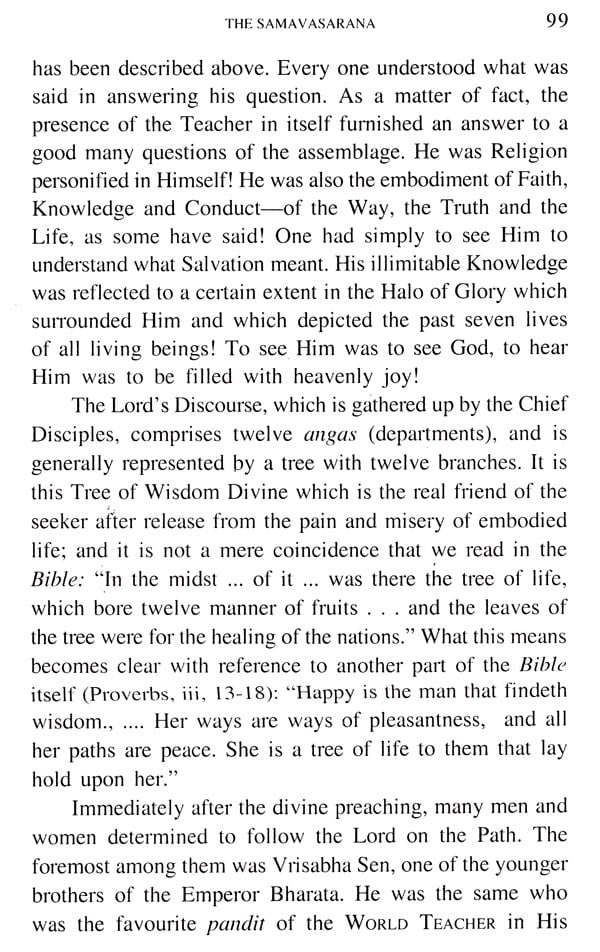 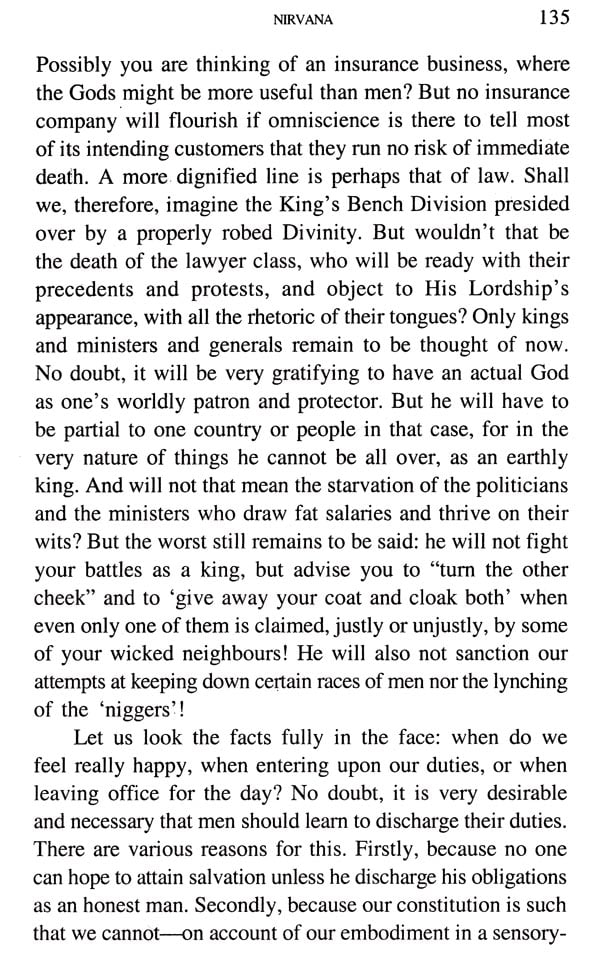 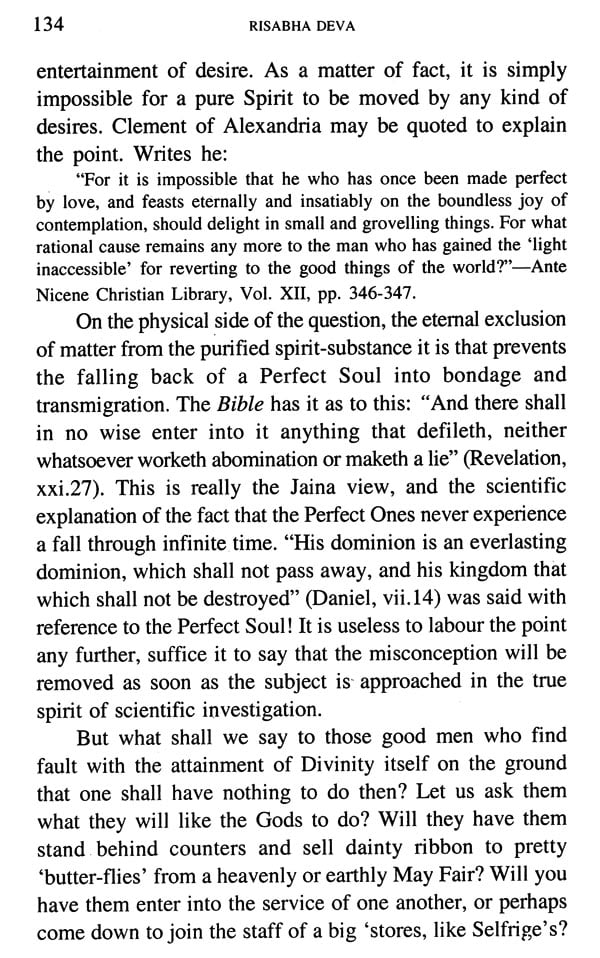 Mahavira: Prince of Peace (A Beautifully Illustrated Book on the Founder of Jainism)
By Ranchor Prime
$105
FREE Delivery History of Jainism with Special Reference to Mathura
By V.K. Sharma
$72
FREE Delivery A STUDY OF ANCIENT INDIAN RELIGIONS (Vaisnavism, Saivism, Solar Cult, Buddhism and Jainism in the light of Epigraphic, Numismatic and other Archaeological Evidences)
By KUNJA GOBINDA GOSWAMI
$37
Out of Stock