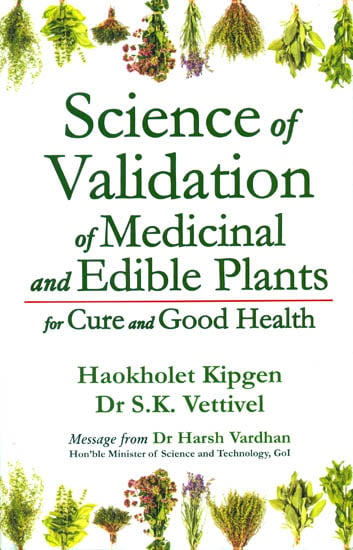 The interest in medicinal plants and edible plants of medicinal value is fast growing, worldwide. Though the classical textbooks on Ayurveda, the Indian traditional health-care system, provide detailed and authentic information on these plants' medicinal and heath values, there lacked scientific validation. Recent researches have shown that these plants cure many a disease or arrest the onset of many chronic diseases including cancer, and incredibly contribute to human well- being, sans any side effect.

This volume thus showcases popular medicinal and edible plants, collating the findings of more than 300 research and review articles, scientifically validating the traditional beliefs of their medicinal and health-care efficacy. It should be of immense use to scientists, medical professionals, heath-care industry and the actual users.

Mr Haokholet Kipgen a successful agro-entrepreneur growing cut-flowers, was a role model for the tribal youth in the 1980s. He was the founder of FEEDS in 1988 to engage in tribal development. He has been an MLA for three terms and a Cabinet Minister in the Manipur Government for two terms. He has already pioneered research on orchids and medicinal plants conservation and development.

Dr. Vettivel holds degrees in agriculture, agricultural extension and development studies. He did his doctoral studies at the Institute of Development Studies, Sussex University, England. In the last 30 years or so, he has worked as a Consultant for a number of national and international agencies including the World Bank. His key area of expertise is participatory project planning and management. Research and writing are his passion. This is his tenth book. He has been associated with FEEDS for long.

This book has been written in a state of urgency and with a strong urge. An urgency and urge to spread the good news that science has validated the millennia-old traditional beliefs in respect of several medicinal and edible plants that they have certain bioactivities to cure ailments and to improve health. More importantly, new and crucial bioactivities have been found even in very common plants, such as lotus (Nelumbo nucifera) for diabetes (Hoa Nguyen 2012) and seetaphal (Annona squamosa) for cancer (Biba et al. 2013). Moreover, many "miracle" cures have been reported in respect of Croton caudatus and Annona reticulata (mul seetha, graviola), both for cancer and Stemona tuberosa for diabetes. And a mixture of ginger, garlic, citrus and apple cider vinegar boiled together and equal quantity of honey added will clear the blocks in the arteries making, thereby, bypass surgeries unnecessary. And that, a decoction of nila vembu (Andrographic paniculata) with eight herbs can create immunity in the body against all forms of viral fever including dengue (Karthick et al. 2013). The Government Siddha College at Palayamkottai (Tamil Nadu) (home town of Dr Vettivel) has been dispensing this decoction every morning free of cost.

Some of the traditional Indian medicinal and edible plants were recorded as early as 3500 BCE But the "science of validation" of the bioactivities in the medicinal and edible plants is only about fifty-sixty years old. And much of the scientific validation research has been carried out in the last twenty years or so with the availability of advanced and sophisticated instruments like the high performance liquid chromatography (HPLC) and the high performance thin layer chromatography (HPTLC). Now, nanotechnology is entering this field. The science of validation is becoming more and more precise and sophisticated.

Discussions with the educated middle class and senior allopathic doctors brought out that they had no belief in the medicinal and health improving plants because the stated (believed) bioactivities have not been scientifically validated. Thus, the central focus of this book is on the scientific research that has been carried out validating the stated (believed) bioactivities of medicinal and edible plants.

Global interest in medicinal and edible plants and their products for cure and good health is increasing fast in both the developing and the developed countries. But what the world may not know is that there exists a vast body of scientific research works that not only validates the traditional beliefs but has also added substantive knowledge. What the world may not also know are the chemical constituents (metabolites) of these plants, their bioactivities and their mode of action. This book seeks to record these research works and fill the gaps in knowledge. With this scientifically-validated knowledge, people of all ages and gender can add these plants and their products to their daily diet with greater confidence to have good health. This is the basic purpose of this book.

As we were finalizing this book, news appeared in the Times of India (Delhi edition, 18 October 2016, p. 17) "US Dept Wants to Record Cancer Cure by Ayurveda". It said that the US National Institutes of Health and the National Cancer Institute have initiated collaboration with Indian institutes to record the research work on cancer. And there are 241,000 American people using Ayurvedic products.

Most medicinal and edible plants that can (a) protect, prevent and cure many ailments and conditions including life-threatening cancer, bypass surgery and macular degeneration in the eyes, and (b) contribute to good health and enhance immunity in the body are easily, abundantly and cheaply available. But the mental block among the educated not to use these plants is mainly because they are not used to the traditional medicinal system that has no scientific validity, unlike the allopathic medicines. Perhaps, what they are not aware of is that the chemical compounds in most of the allopathic medicines are actually either extracted from the medicinal and edible plants or are artificially synthesized, formulated and administered resulting in more "side effects" than cure while the medicinal and edible plants have no or very little side effects or toxicity, if at all.

For example, the chemical Lutein that cures macular degeneration in the eyes is the principal compound in the MacuChek capsule. Phytochemical studies have proved that Lutein is present in kale, spinach, maize cob, orange, marigold and egg yolk (perry et al. 2009).

Those of our generation have been brought up from the very young age drinking chukkukashayam (decoction of dry ginger) or pepper and turmeric power mixed in hot milk when we had cough and cold, and eating chutnies (pastes) made of different green vegetables including muringa (Moringa oleifera) leaf and salads that improved the body immunity. The immunity system of the present-day children, and even that of the young adults, has become so weak that they fall sick even at a slight climate change and when there is epidemic; the body has no immunity to fight against it because they have stopped taking the traditional medicines.

The clear message we seek to give through this book is "let's go back to the plants that can not only cure but also improve, in the long run, the immunity system of the body".

Metabolites "Plants form an important part of our diet, and plant constituents and their nutritional value have been intensively studied for decades. In addition to primary metabolites (carbohydrates, lipids and amino acids), plants are able to synthesize a wide variety of compounds referred to as secondary metabolites. These are defined as compounds that do not have a well recognized role in the essential processes of the plant, but play an important role in the interactions of the plant with the environment. Despite the tem "secondary", these compounds confer selective advantages to plant species by suppressing the growth of weeds; providing protection from predators, pathogens and abiotic stress; attracting pollinators, providing benefits to animals and micro-organisms; and serving as signals in interactions with other plants. In addition, they play a role at the cellular level as growth regulators, modulators of gene expression and signal transducers. Because plants are estimated to produce over 200,000 metabolites, research into new natural substances that can be used in the production of drugs has grown in recent years. The yield of these compounds is low (less than 1% dry weight) and depends greatly on the physiological and developmental stage of the plant.

Medicinal Plants Of the more than 400,000 species of plants, the phytochemicals of only a small percentage of plants have been studied, and of these, only a small percentage of phytochemicals have been examined for their biological properties because this research is complex and expensive. Two-thirds of medicinal plants are collected from the wild, but in Europe, only approximately 10% of plants used for commercial purposes are cultivated. Currently, one-fourth of all prescribed pharmaceuticals in industrialized countries contain compounds that are directly or indirectly, via semi- synthesis, derived from plants. Furthermore, 11 % of the 252 drugs, considered as basic and essential by World Health Organization (WHO), are exclusively derived from flowering plants. The global market for plant- derived drugs has been estimated to be approximately US$30.69 billion per annum over the last decade, and phytochemicals such as terpenes and steroids represent the most significant fractions with estimated annual sales of US$12.4 billion.

Over 60% of cancer drugs and 66% of antimicrobial compounds on the market today (including antibacterial, antifungal and antiviral compounds) are natural products or are derived from them.

Efficacy of Medicinal Plants Despite the difficulties associated with the study and isolation of phytochemicals, they have the advantage of greater efficacy than synthetic drugs for some diseases and a lower incidence of side effects. Additionally, a large percentage of the world's population has no access to conventional pharmacological treatments." (Fabio et al. 2014).

Phytochemical is a natural bioactive compound found in plants, such as vegetables, fruits, medicinal plants, flowers, leaves and roots that work with nutrients and fibres to act as a defence system against disease or more accurately, to protect against disease. Phytochemicals are divided into two groups: primary and secondary constituents, according to their functions in plant metabolism. Primary constituents comprise common sugars, amino acids, proteins and chlorophyll, while secondary constituents consist of alkaloids, terpenoids and phenolic compounds, and many more such as flavonoids, tannins and so on.

The use of alternative and complementary medicine received a fillip when WHO recognized these systems as one of the methods of human health care in the first decade of this century. The popularity of herb a medicines has been increasing worldwide due to the growing realization that natural products are less toxic and do not possess any known side effects. The use of plants as a source in modern medicine was recognized in early nineteenth century, which had resulted in the isolation of morphine from opium. Isolation and characterization of pharmacologically active compounds from medicinal plants continue till today in the hope to search better non-toxic medicines and cure for various health disorders in humans. This has resulted in the application of state-of-the-art techniques to standardize the herbal medicines and isolate bioactive molecules that can serve as analytical markers." (Shantabi and Jagetia 2015).

"The system of medicines which are considered to be Indian in origin or the systems of medicine, which have come to India from outside and got assimilated into the Indian culture, are known as Indian Systems of Medicine. India has the unique distinction of having six recognized systems of medicine: Ayurveda, Siddha, Unani, Yoga, Naturopathy and Homoeopathy. Though Homoeopathy came to India in eighteenth century it completely got assimilated into the Indian culture and got enriched like any other traditional system; hence it is considered as a part of Indian Systems of Medicine. Apart from these systems, there are a large number of healers who have not been organized under any category.

Ayurveda, literally means the science of life, got organized and enunciated around 1500 BCE. It lays great emphasis on the value of evidence of senses and human reasoning. Siddha system of medicine maintains a distinctive identity of its own and is closely identified with the Tamil civilization. The term "Siddha" has come from "Siddhi" which means achievement. Siddhas were the men who achieved supreme knowledge in the fields of medicine, yoga or tapas (meditation)." (Ravishankar 2007). 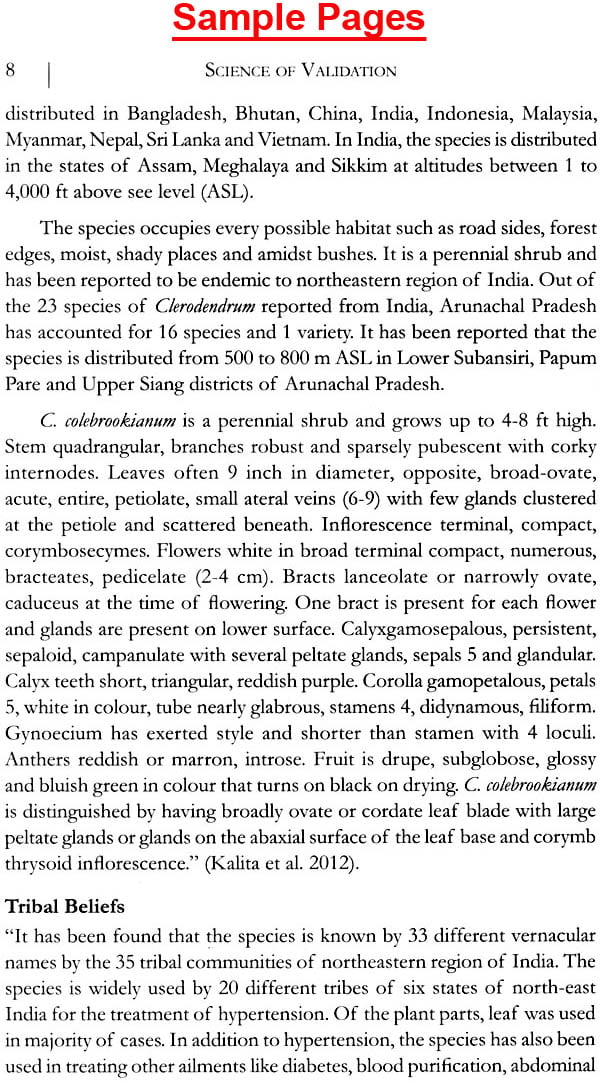 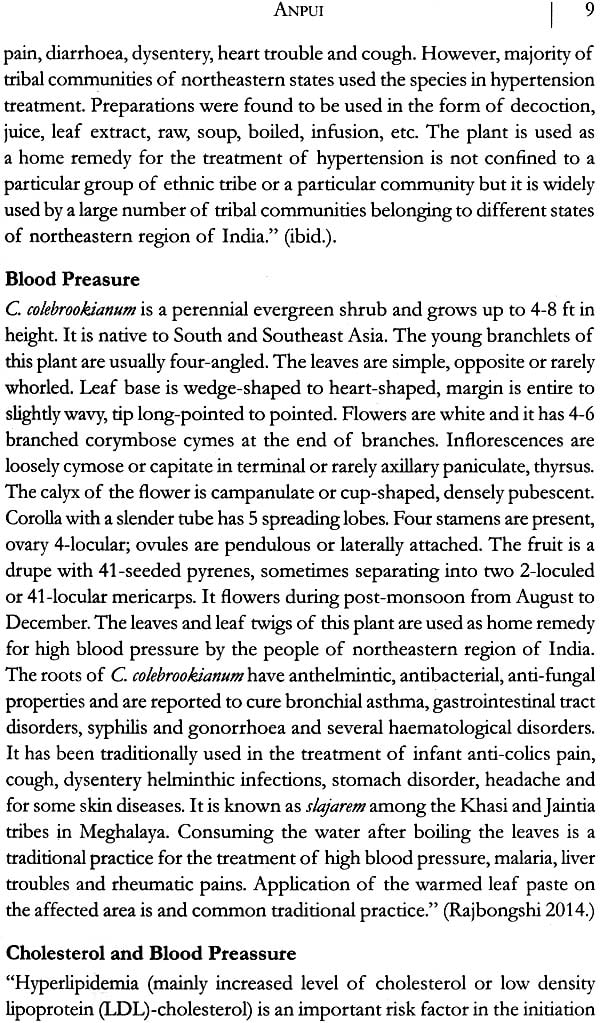 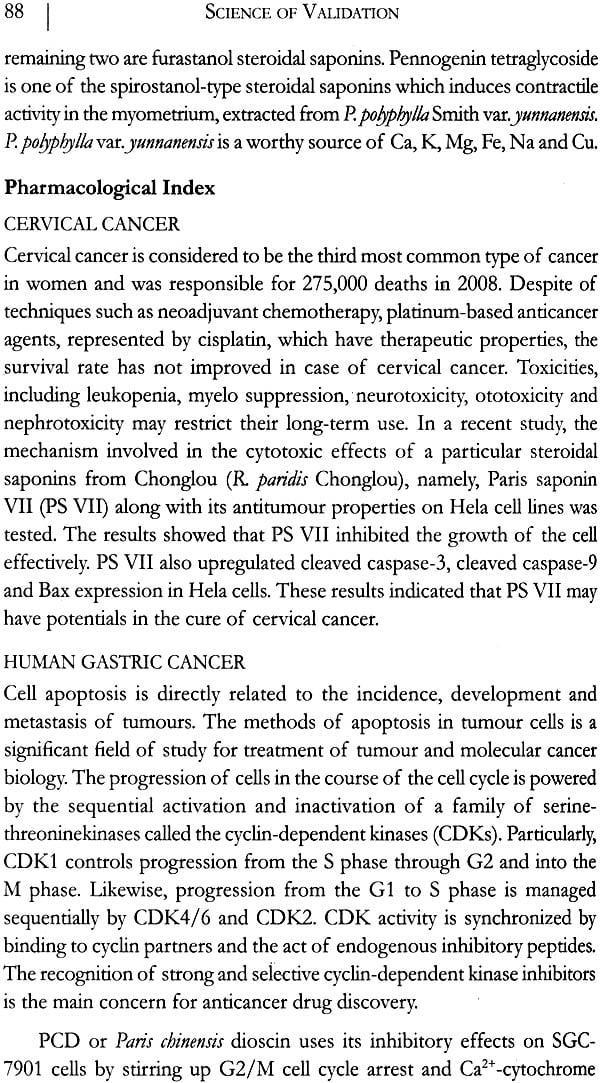 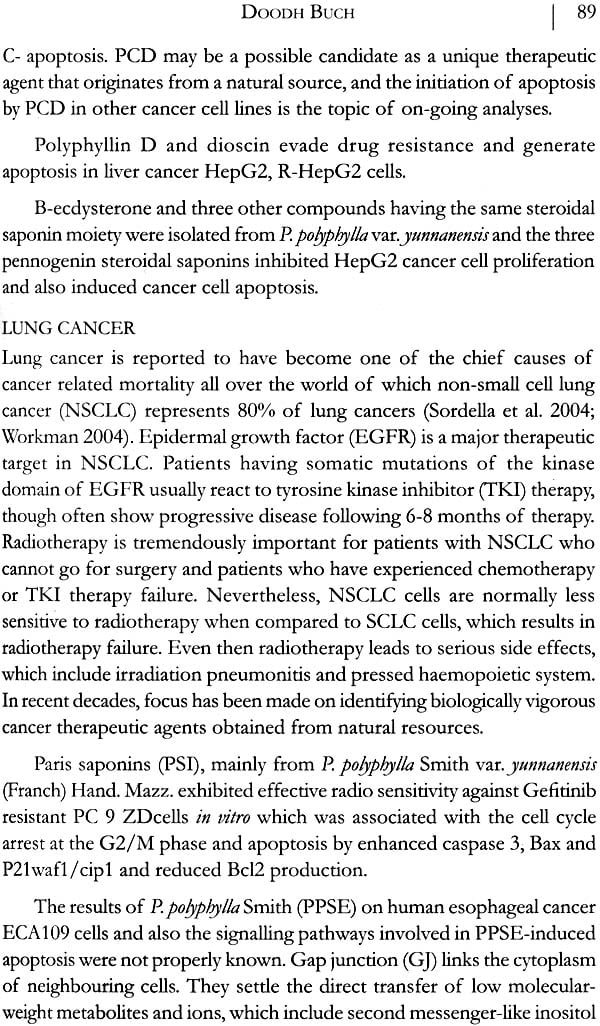 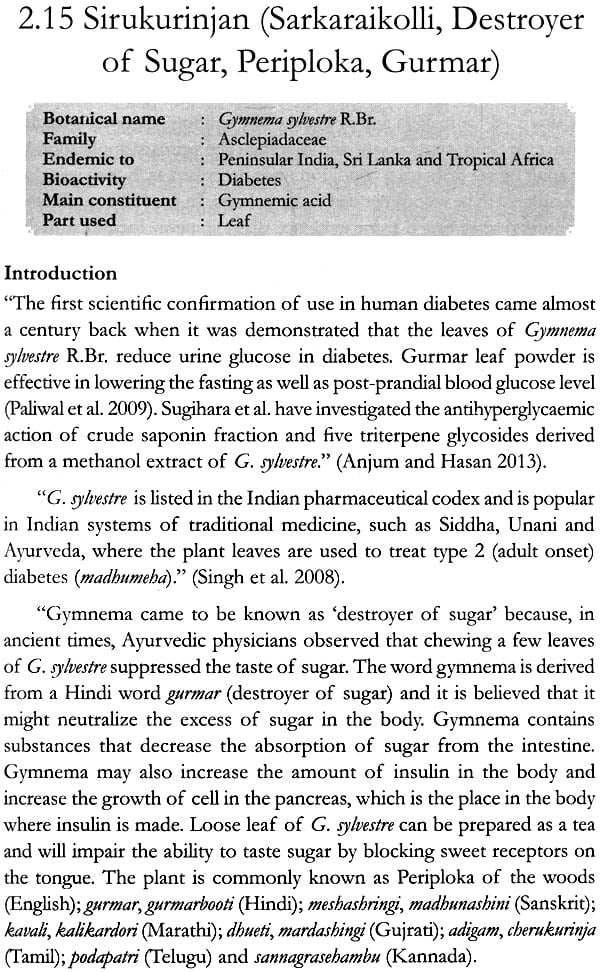 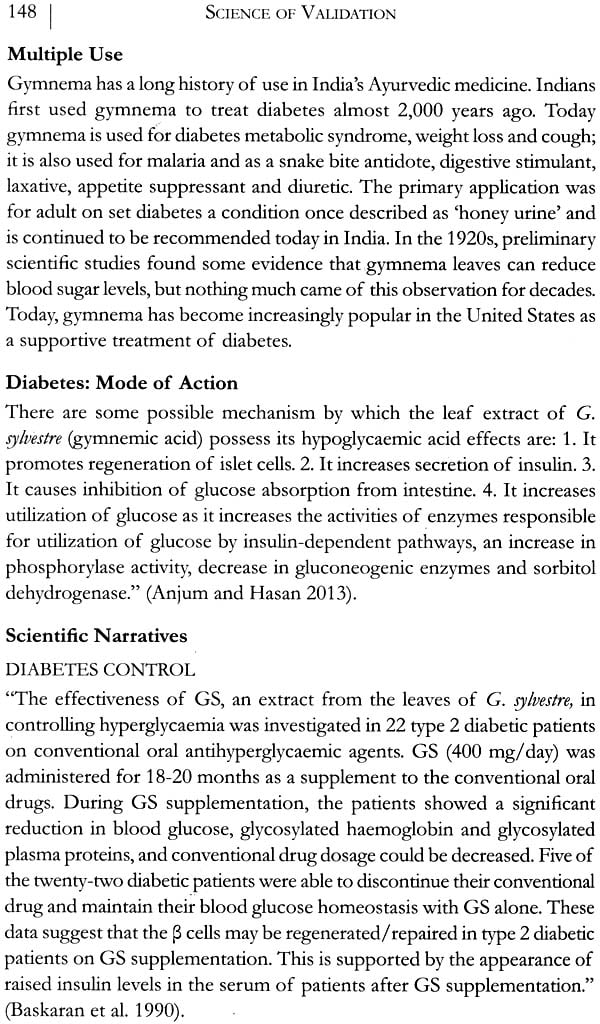 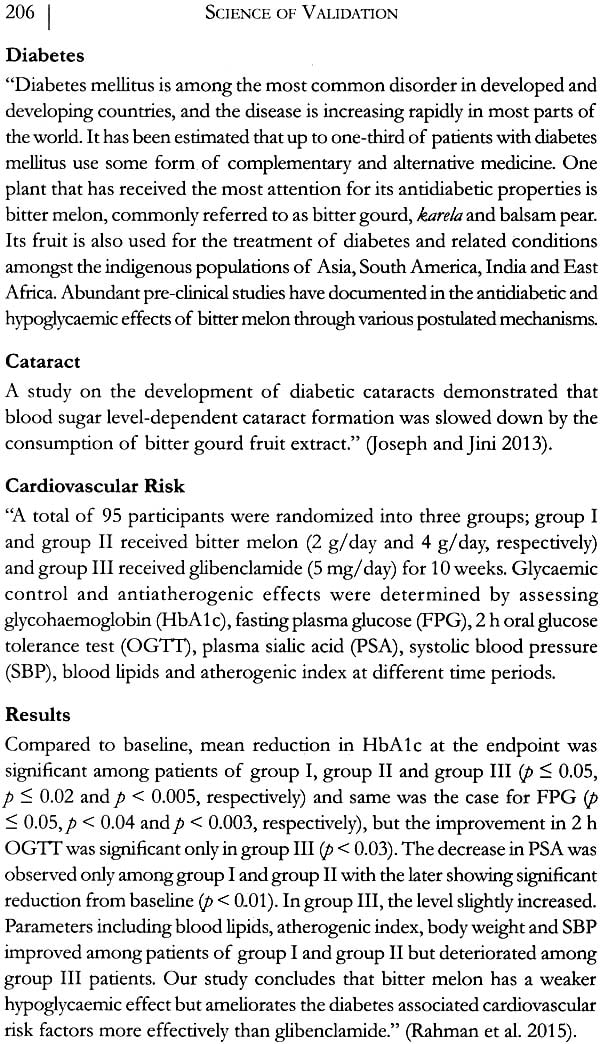 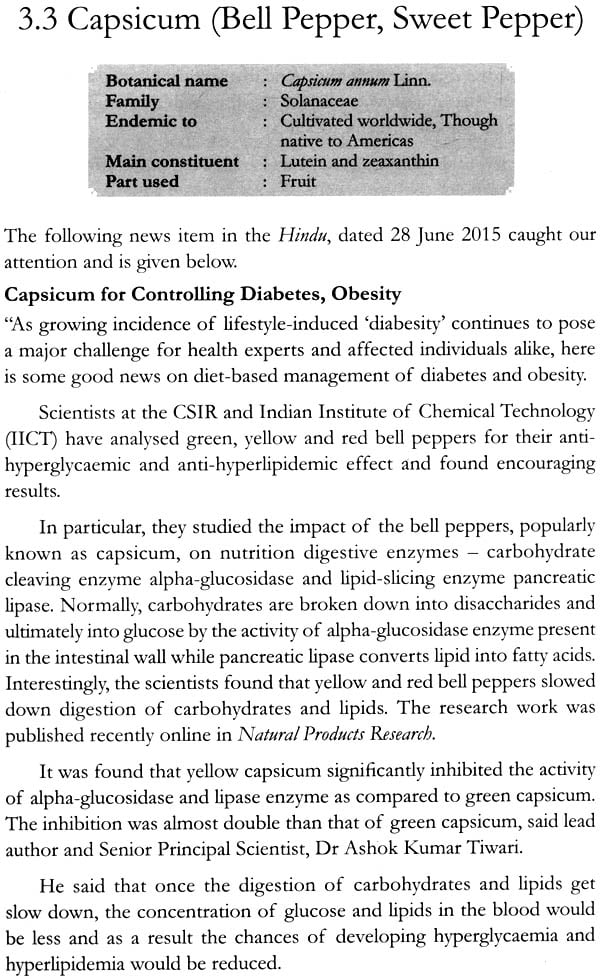 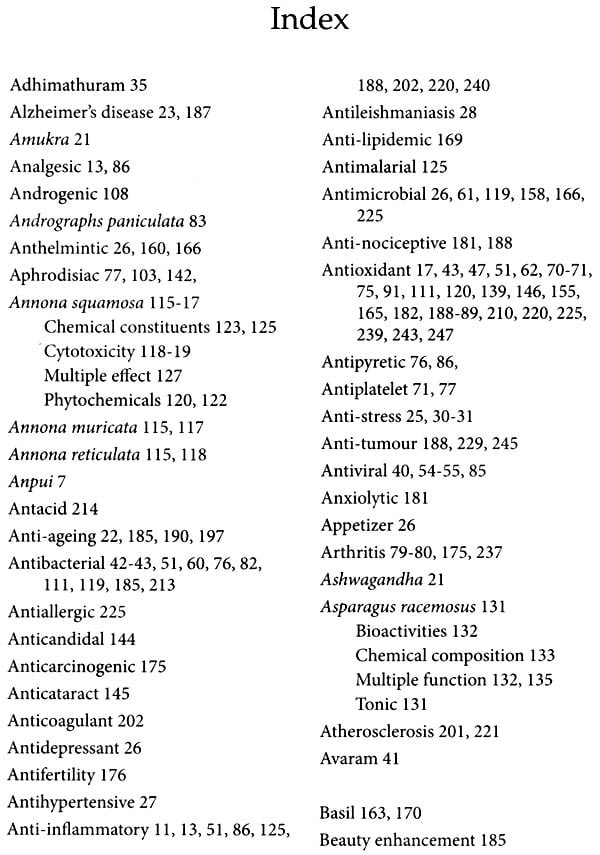 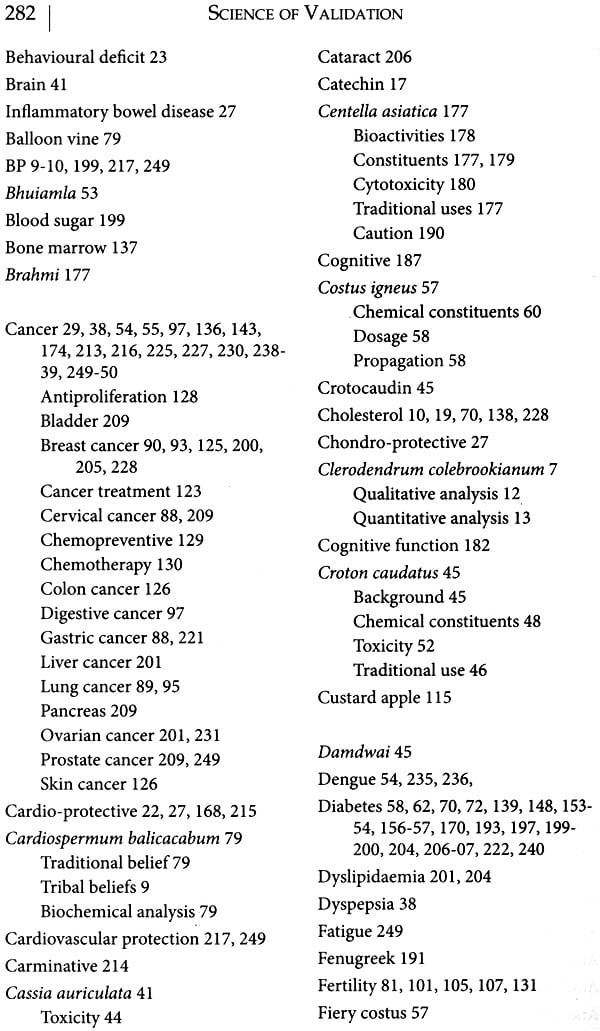 Yogaratnakara: A Complete Treatise on Ayurveda in Two Volumes
By Asha Kumari and P.V. Tewari
$130.40
FREE Delivery
$163  (20% off)
Add a review
Have A Question