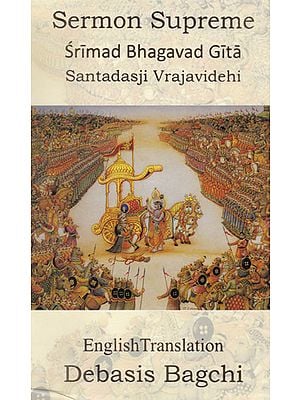 'Swami Santadas Kathiyababaji, a saint-cum-philosopher, affiliated to the Nimbarka School has presented unique thoughts on the characteristics of the GRA and has shown the way how a connoisseur can enter into the magnificent edifice of Shrimadbhagavad- Gita which is a compendium of religion and philosophy. ....

Whenever a man is confronted with problems and obstacles he experiences despondency and tries to keep away from the trials and tribulation of the ordinary world. It is necessary for him at this point of time to gather strength, - muster courage and fight the obstacles, so that his road to perfection is cleaned and his human journey continues to move ahead on the road to fulfilment. The Gita tenders this advice and this explains its popularity...

In this exposition, the great Kathiyababa has cited excerpts from the Mahabharata and the. Gita in support of his contention, which is in conformity to the philosophy of Nimbarka, which considers the Absolute and the world both as real entities, and projects the theory that the spirit of the universe and the spirit of the individual bear the relationship which exists between 'the whole and the part'. This, in reality, is capable of being referred to as the relation of identity-cum-difference...' Foreword by Dr. Ramaranjan Mukherji

The 'Introduction' part of this work has already been published as 'Gateway to the Gita'.

The translation of the original text now appears as ' fit'inad Bhagavad-Gita : Sermon Supreme'

Debasis Bagchi (b. 1942) is an initiated (Diksita) disciple of late Dhananjaydasji Kathiyababa (the illustrious successor of Swami Santadasji) of the Nimbarka School of Vaisnava thought. He has already authored a concise exposition on Nimbarak Philosophy (2008), of which the Proem is from Dr. Dhyanesh Narayan Chakrabarty and the Introduction is from Dr. Jeffry D. Long of Pennsylvania. His other works, inter alia, comprise three volumes on Narcotic Drugs and Substance abuse (2005), Gateway to the Gita (2010), beside seventeen other valuable literary works including a trilingual translation of Candi (Durga Saptasafi) with a chanting CD (MP3) (2014).

Debasis Bagchi holds a Master's Degree from the Calcutta (now Kolkata) University and has knowledge of Business Administration and Law, and a few foreign languages. He served the Central Bureau of Investigation (India), and held the post of Inspector General of Police for more than four years before his retirement. Highly decorated in service with the Indian Police Medal and President's Police Medal, and other coveted laurels from the Society, he now spends his time in various social activities. He lives with his wife Jayasri in Delhi.

Debasis Baagchi's translation in English of Sri Santadas Kathia Babaji Maharaj's Bengali tome on "Srimad Bhagavad Gita-The Krishna-Arjuna Sambad" is yet another effort to bring to the common man the basic concepts of how to make this very complex life of ours a simple and effortless living process.

The simple but very appealing form of his Bengali rendering would help mankind to get a closer look into the theories of the Gita. Sri Santadas Kathia Babaji Maharaj in his Bengali work has churned the 700 shlokas of the Gita and has shown therein how theories of Sri Nimbarkacharya's Dvaitadvaita Bhedabheda philosophy are intermingled. The first scene of the Gita is that of the battlefield, and how Arjuna is hesitant to carry on the fight with his near and dear ones. This is followed by Krishna's sermon to Arjuna, '0 Bharata (Arjuna) rise, shake off this weakness of the heart, shake off this passivity. Rise, fight'. Blind emotions can never lead to completeness. The goal of human life is to attain eternal consciousness. In that state there are no emotions, sentiments or anything related to the senses.There is only the light of pure reason, where man is established in his true self.

The way to get relief from human misery is elaborated by Swami Sri Santadas Kathia Babaji Maharaj in the conclusion of his book 'Brahmavadi Rishi o Brahmavidya'. He says that there are two reasons for human misery. First, man's lack of the knowledge that both the individual and the world are part of the Brahman and secondly, the false belief that the body is the self. He also elaborated on Sri Nimbarkacharya's Dvaitadvaita Bhedabheda philosophy in his Bengali translation. In his discourse he explains Jiva is both different from the Brahman and similar to it. Brahman has created the world (Jagat) and has entered the world in the form of the Jiva. He is everything, yet he is beyond everything, which means that though the Brahman resides in the world he is beyond the world as well. It is confirmed that the Brahman is both different and non-different from the world and this is natural. Therefore, the difference and non-difference (bhedabheda ) of the Brahman with relation to the world can be established logically. The Brahman is all pervading, the individual soul is its atomic part; the individual soul can be part and non-different from the all-pervading soul, but can never be equal to it. Therefore, the relation between the Jiva and the Brahman is clear. Once the Jiva attains knowledge of the relation between itself and the Brahman, the Jiva gains love and bhakti towards the Brahman. Brahman is the soul of the individual Jiva. Once the Jiva knows that the Brahman is to be loved and worshipped because it is its soul, the Jiva naturally, is attracted toward it, feels love for it and becomes eager to attain it. Therefore the knowledge of the relation between Jiva and Brahman is necessary for worship and meditation, and that relation is the relation of Bhedabheda.

Nimbarkacharya also opines that sharanagati or surrender to the Supreme Being or guruajnyanuvrittiyoga or following the Guru's orders are ways to attain moksha. If one follows the Guru's orders without questioning, one can attain moksha. In Nimbarka Philosophy importance has been given to the dictums of the Bhagavad Gita with regard to the human disciplines. According to Nimbarkacharya, the chitta,that is, the mind-set, is cleansed through actions or karmas done in accordance with the scriptures. Knowledge of the soul can be attained if the soul is purified, i.e., after chittashuddhi, and thereafter mukti is attained. Nowhere is it said that karma should be rejected or sacrificed. Sacrifice of karma is an obstacle in the path of attaining moksha. 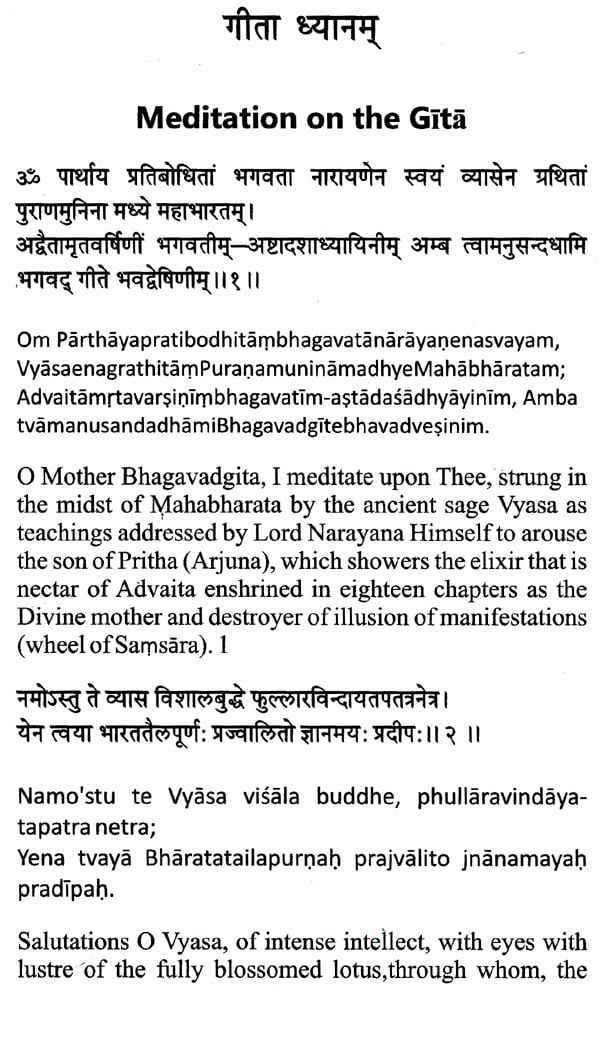 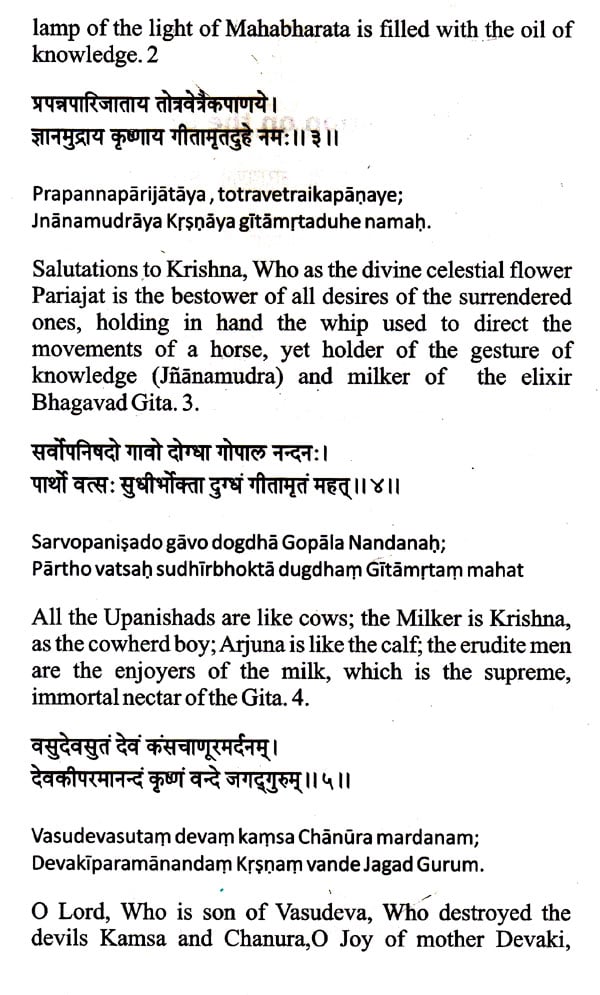 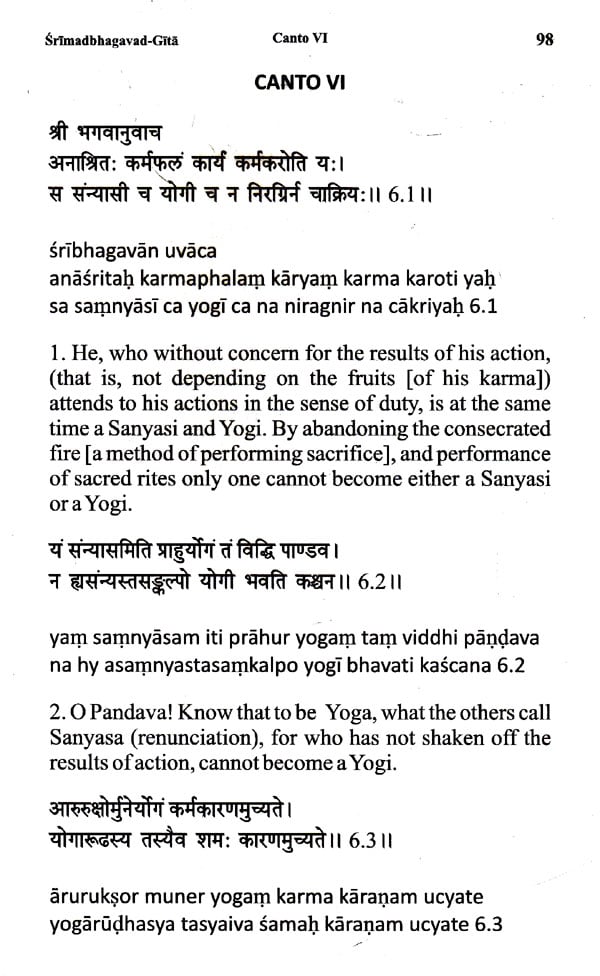 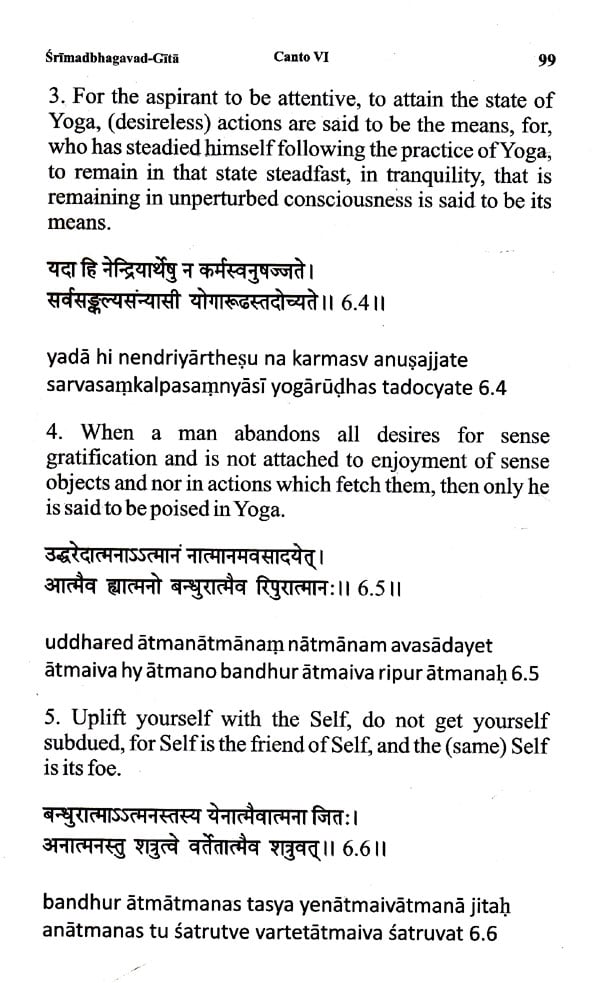 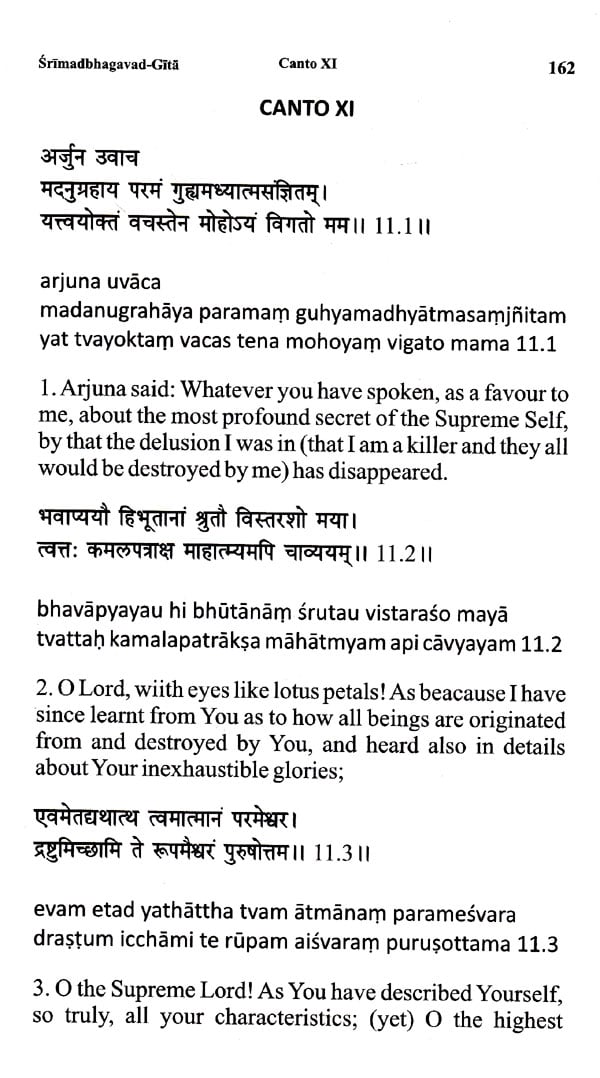 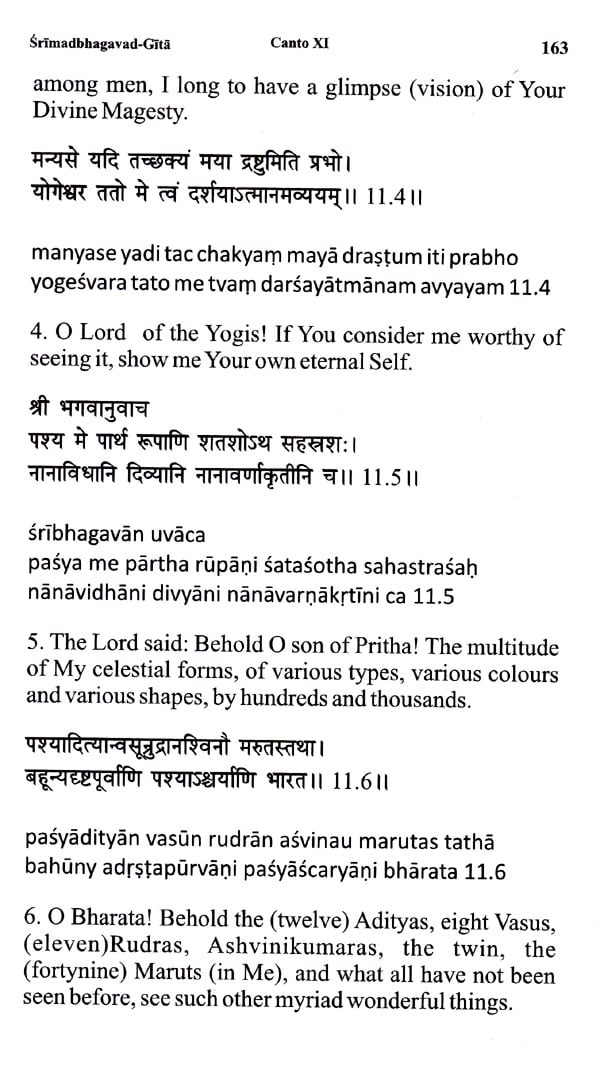 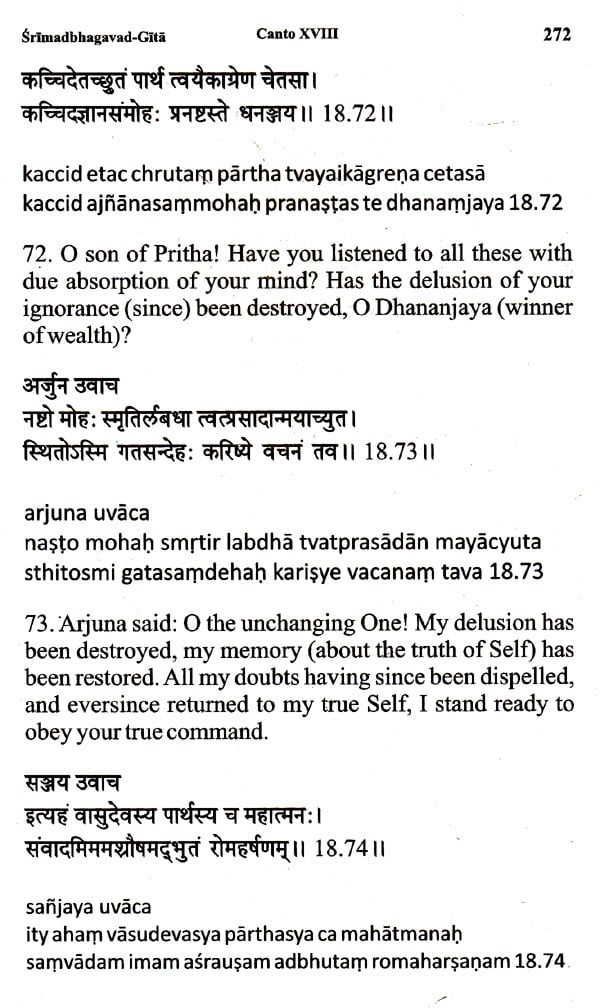 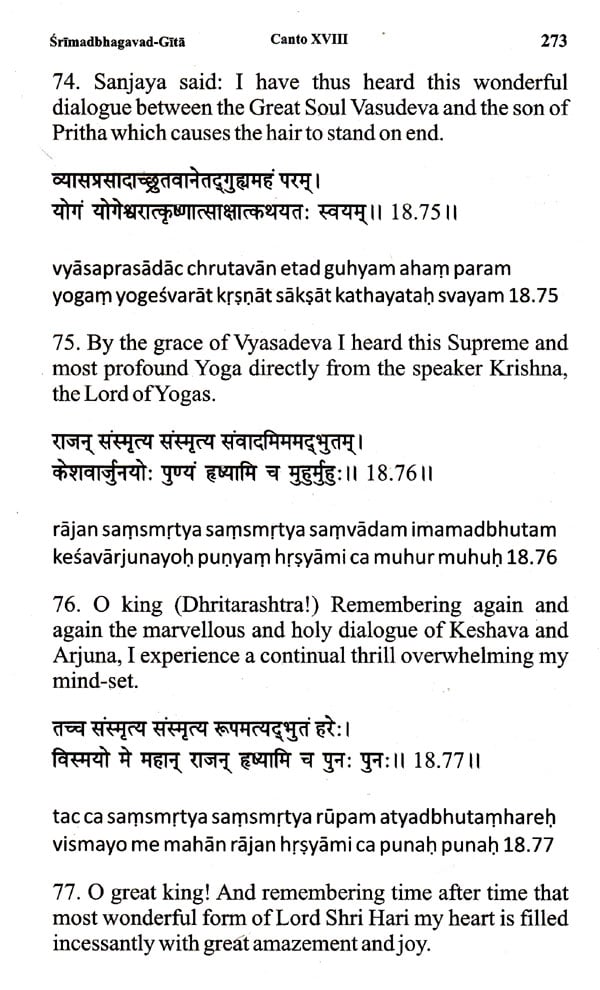 Anu - Gita in the Mahabharata (Re - Affirming Bhagavad - Gita's Message of Good of All)
By Satya P. Agarwal and Urmila Agarwal
$24
FREE Delivery 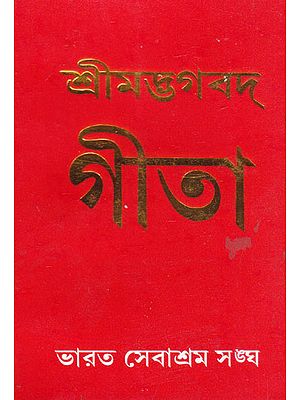 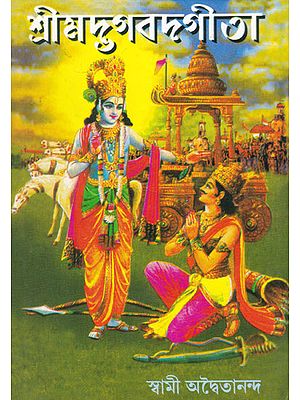 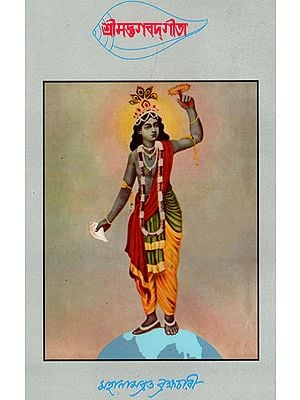