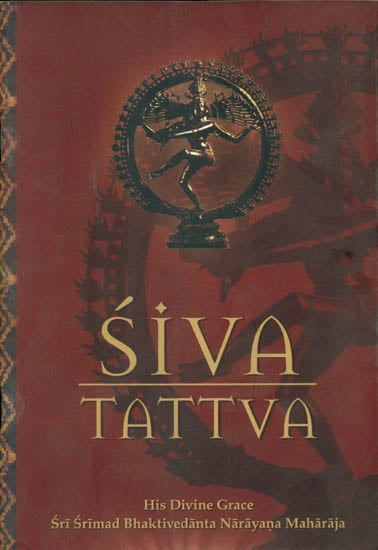 The conclusive truths (tattva) of Lord Siva's identity,and also our own, are herein revealed by his Divine Grace Srila Bhaktivedanta Narayana Maharaja, India's foremost spiritual ambassador of our times. This anthology of lectures is but a drop of nectar from the ocean of transcendental knowledge found in the Gaudiya Vaisnava tradition.

Out of his compassion for all souls, Srila Narayana Maharaja appeared in this world in 1921, in bihar Province, near the sacred ganges river. He first taught Vaisnava Philosophy throughout India, and then began traveling extensively in 1996. His discourses now nourish the hearts of listeners worldwide, sustaining their daily lives with a steady current of inspiration.

Srila Narayana Maharaja preserves the integrity inherent within India's greatest literary contributions to the world. An erudite scholar, he was written Hindi translation and commentaries of over thirty volumes of the classic Vedic scriptures, originally written in sanskrit and Bengali. Then, under his guidance, his followers have translated is work in to English and other languages.

Internationally recognized by secular and religious leaders, Srila Narayana Maharaja is a recipient of the "World peace Flame," for his selfless service to humanity and his contribution to the advancement of god consciousness. He is also a leader in the restoration of cultural heritage landmarks in India. His profound and causeless affection endears him to his many friends and students, whose lives become transformed by receiving his 'heartly blessings'.

Lord Siva is manifest from the Supreme Lord's own divine desire. An understanding of siva-tattva (the principle of siva) is therefore essential in realizing the deep purpose behind human life and its relationships. Lord Siva is a personality of many forms and names, such as Sankara, Sambhu and Mahesa. He is situated eternally in his original form as Gopisvara, and in that form he guards the doorway to that which matters most - our transcendental life. By his own selfless dedication, this gentle and mysterious figure patiently guides those who traverse the path to the Absolute, assuring them safe passage through all the stages of devotion.

In the book Siva- Tattva, Srila Bhaktivedanta Narayana Maharaja brilliantly clarifies the holy Hindu trinity: Brahma, Visnu and Siva. Empowered by his spiritual masters in the disciple succession of the Gaudiya Vaisnava tradition, he reveals the conclusive truth (tattva) of Lord Siva's original position and gives us a look at his endearing and affectionate nature.

The many intriguing historical narrations herein, all from authoritative Vedic literatures, are interwoven with conclusive philosophy. In this way, Siva-Tattva reveals the beautiful harmony in Lord Siva's apparently contradictory qualities. He is the destroyer and simultaneously the ingredient cause of creation. He is the predominating deity of the mode of ignorance and simultaneously the reservoir of absolute knowledge. He is the clever cheater and at the same time the giver of mercy. His associates are ghosts, hobgoblins and witches, and at the same time he associates with the most exalted demigods and sages, and even God Himself.

The profound topic of siva-tattva is so vast that this work could have included entire chapters on each of Lord Siva's glories, pastimes, and manifestations. The intention of this edition, however, is to inspire the reader with its essence, and to awaken interest in the evolution of consciousness.

Siva- Tattva opens with the history of a special mission, originally told in Srila Sanatana Gosvami's epic, Sri Brhad-bhagavatamrta. The aim of this mission was to establish in the world the ultimate goal of all yogic practices, premabhakti. In a heart-to-heart conversation with the sage Narada Muni, Lord Siva brings to light the qualifications of a genuine Vaisnava or devotee of the Supreme Personality of Godhead. Setting the scene for this divine conversation, Srila Sanatana Gosvami writes:

In his own abode, Lord Siva was just completing his worship of Lord Sankarsana and, absorbed in ecstatic love, he began dancing and performing kirtana. His followers, headed by Sri Nandisvara, were lovingly praising him by singing, playing musical instruments and calling out, "Jaya! Jaya! All glories to you! All glories to you!" With her lotus hands, Parvati-devi was creating an enchanting rhythm with haratalas, and Lord Siva was praising her for that. Seeing all this from a distance, the sage Narada jubilantly offered obeisances and began playing his vina. Time and again he said, "You are the greatest recipient of Sri Krsna's mercy." Repeating Lord Brahma's words, he began glorifying Siva in a melodious voice. When Sri Narada approached Sri Rudra (Lord Siva) to take the dust from his lotus feet, Siva, who was intoxicated in the nectar-stream of krsna-prema and who is very dear to the Vaisnavas, pulled the sage near, embraced him, and respectfully said, 'Oh, son of Brahma! What are you saying?! (Sri Brhad-bhagavatamrta Chapter Three, verses 1-5).

Lord Siva's fame as the greatest devotee of Lord Krsna was first presented to the English-speaking world by His Divine Grace Srila A.C. Bhakuvedanta Swami Prabhupada. The foremost world-wide teacher of Gaudiya Vaisnavism, Srila Prabhupada inspired an international movement. He gave to the world a veritable treasure-chest in his English translations of the Vedic literature. It is that treasure-chest upon which we continually drew, to enrich this publication with footnotes and supplements. It was on the request of Srila Prabhupada that Srila Narayana Maharaja now travels and teaches audiences world-wide, nurturing the spiritual lives of thousands.

Siva Tattva is a compilation of four transcribed lectures of Srila Narayana Maharaja which, although not spoken in a series, takes the reader on a marvelous journey. Chapters one and two were spoken during his 1997 World Tour in Holland, on the morning and evening of July 3rd. Chapter three came from the Siva-Ratri, March 5, 2000. Finally, in the fourth chapter, in a discourse spoken on October 10, 2001, he takes us on a pilgrimage to a temple in the ancient city of jagannatha Puri, where Lord Siva resides as Lokanatha Mahadeva.

The chronicles and personalities discussed in this book do not belong to the realm of religion or mythology; rather, they encompass universal truth. Usage of Sanskrit, the language in which the Vedic science was originally told, has been kept to a minimum for easy reading. The occasional word used, such as bhahti, meaning devotion, is clearly explained in the text. Following the tradition of our spiritual preceptors, we use standard diacritical markings to indicate the pronunciation of Sanskrit words. Pronounce a like a in father, I like ea in neat, U like oo in root, r like ri in rip, m and n like ng in hung. s and s like sh in shy, and c like ch in chap.

Begging for the mercy of Sri Hart, Guru and Vaisnava, we humbly present Srila Narayana Maharaja's glorifications of that most unconventional of transcendental personalities, Lord Siva. We also beg the reader's forgiveness for any mistakes or shortcomings in our delivery of his offering to Lord Siva, on the auspicious occasion of Siva-Ratri- March, 2005. 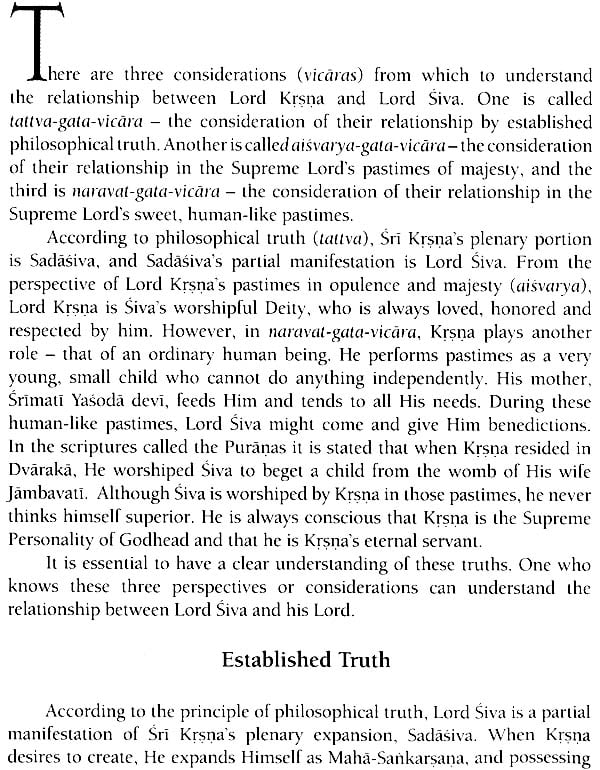 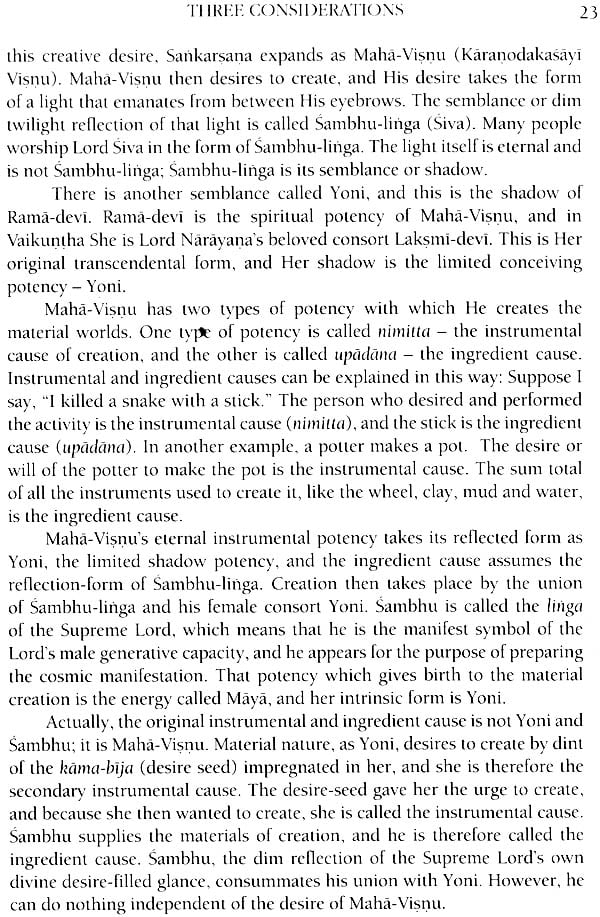 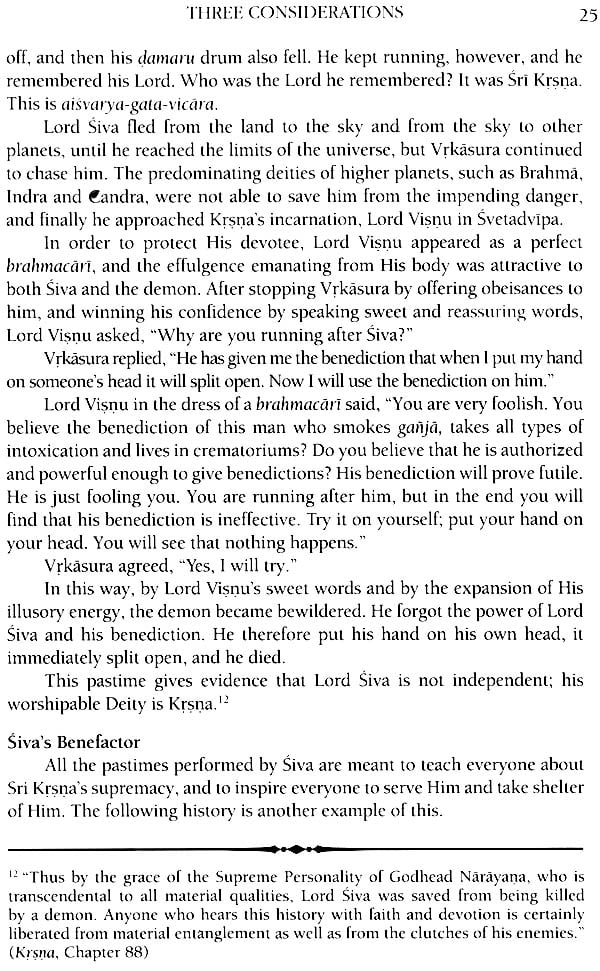 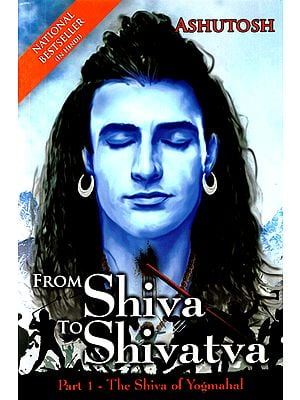 Rudra the Idea of Shiva
By Nilima Chitgopekar
$31
FREE Delivery

Siva Vidya Ratnakaram (With a Detailed Commentary on the Shiva Sahasranama) with your friends
By Dr.M.Uma Devi
$55
FREE Delivery
Best Seller
Book FAQs
Add a review
Have A Question