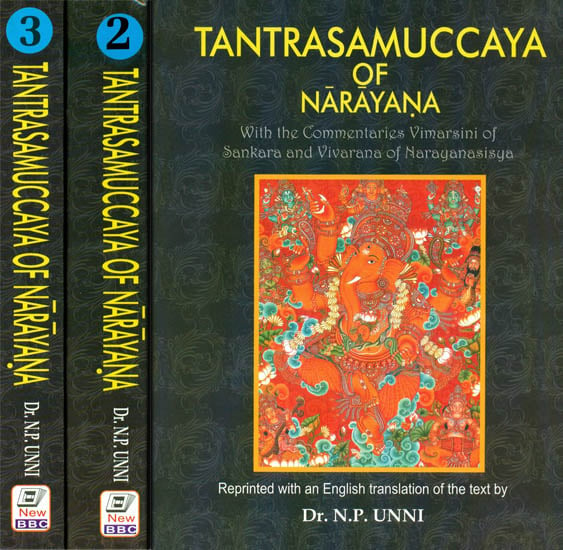 The Tantrasamuccaya of Narayana is perhaps the most popular work of its kind in Kerala especially as it is still followed by the priests performing rituals in temples. The rituals for the popular deities are well arranged and discussed. All aspects of Tantra required to be performed by the priests are clearly enunciated. The brevity of the work also helped much towards its popularity. In spite of the fact that more than a dozen authors have contributed treatises in the field after the composition of Tantrasamuccaya, none could outshine Narayana. The practical approach of the author is a decisive factor in the popularity of the work. Overlapping is scrupulously avoided as also the repetition of ideas. Mastery over the subject gives him considerable advantage over the others. He could afford to be brief since he had in mind a commentary on it which his own son produced at his instruction. The work is likely to remain without a parallel even in future.

There are two Sanskrit commentaries on the treatise, viz., the Vimarsini of Sankara and the Vivarana of Krsna Sarma. Both of them had studied the text under the author himself. The preset editor has added an English translation of the text for the time.

Dr. N.P. Unni (b. 1936) has the unique distinction of being the first candidate to be awarded a Ph. D. degree in Sanskrit by the University of Kerala. After a long teaching career in the Govt. Sanskrit College, Trivandrum, he joined the University of Kerala as Curator in the reputed Oriental Research Institute and Manu-scripts Library. Later he became Reader in Sanskrit (1972) in the Dept. of Sanskrit and from 1979 onwards he served as Professor and Head of the Dept: till 1996. Then he become the Vice-Chancellor of the prestigious Sree Sankaracharya University of Sanskrit, Kalady, Kerala, for a period of four years. Dr. Unni has written/ edited/ commented/ published/ more than sixty books in the different fields of study like Classical literature, Dramas, and Tantra, Arthasastra, Kerala history, dramaturgy, commentatorial literature, Literary criticism, Complete works of Kalidasa etc. His magnum opus is an English translation with text and notes of the Natyasasta of Bharata. He was awarded the Certificate of Honour by the President of India in 2001. In 2010 he received the Amritakirti Puraskaram from Mata Amrtanandamayidevi. The latest one happens to be the “Pushpakasri” in the year 2012.

Kavi Kulguru Kalidas Sanskrit University honoured him with the title Mahamahopadhyaya and Adi Shankaracharya Award (2012) Kerala based Uttradam Tirunal Institute of Culture conferred on him the title Bharatasree (2014).

The Tantrasamuccaya of Narayana (AD 1428) is the most authoritative treatise on temple rituals in Kerala. Though there were early works this compendium has eclipsed all of them since it encompasses all the rituals relating to the temple practices in Kerala. No later writer could surpass the value of the present treatise. Even now it remains the only authoritative manual.

The credit of publishing the work goes to the Kerala University (formerly the Travancore University) in two of their famous series- one in Malayalam script and the other in the Devanagari script. Altogether there were three editions (as detailed in the Introduction). The present editor has reprinted the first Devanagari edition in two volumes (with the Vimarsini commentary of Sankara and an elaborate English Introduction) in 1989 from Delhi through Nag Publishers. The same was reprinted by Rashtriya Sanskrit Sans than in 2006 as the third reprint. The three volume edition (brought out from the Trivandrum Sanskrit Series by three different editors) contained the Vimarsini commentary published earlier. In addition the publication included the Vivarana commentary by Narayanasisya (which remains out of print for the last several decades).

The present attempt is to reprint the three volume edition with the two commentaries. The significant aspect of the present effort is 'the English translation of the original text for the first time. It was no easy task to translate the text with its complication and naturally more competent scholars could not accomplish the task despite persuasions. It is in this situation that the present editor undertook the task knowing well his inadequacies. It took much more time than he expected since during the period he had to bring out other important publications like Kalidasa Sarvasvam (the complete works of Kalidasa) and Highways and Byways in Sanskrit Literature (both published by New Bharatiya Book Corporation, New Delhi ). Yet another important project Meghasandesa with English translation and twelve traditional Sanskrit commentaries is under print from Chinmaya Shodha Samsthan, Veliyanad, Kerala.

Still he feels gratified that that he could complete the translation into English though it took nearly three years. The follow up work was more difficult since it was not easy to prepare a type script for which the services of several experienced hands were sought for. First of all Mr. V. Muraleedharan Nair (Kailas Computers, Vanchiyoor, Thiruvananthapuram) helped much in the allround effort. Then Dr. P. Jayaprakash (my son, a Psychiatrist in Kerala Health Services) volunteered to help me out and did a wonderful job. There are other friends who helped me. Late Shri K. P. C. Anujan Bhattatirippad who published a brief commentary in Malayalam (from Panchangam Press, Kunnamkulam) presented me with a set of three volumes with his blessings. Later Dr. P. V. Ramankutty of the Panchangam Press presented me a new reprint of the same. Another friend who was of constant encouragement was Prof. M. G. Sasibhooshanan, a specialist in Kerala Temple art, murals and history who provided me with rare sketches which I have included herein. The most important aspect of the project was the constant reminders from my publishers, Subhash Jain and his enterprising son Deepak, without which I would not have completed the assignment because of its difficult nature. As usual T. Sukumaran of the Gulf Graphics, Venganoor who makes my books attractive by his talent as an artist in designing the dust jackets of my important publications deserves my thanks. To all these friends I am deeply indebted. I hope that by the grace of the Almighty this offering of flowers may reach the altar where it is due. 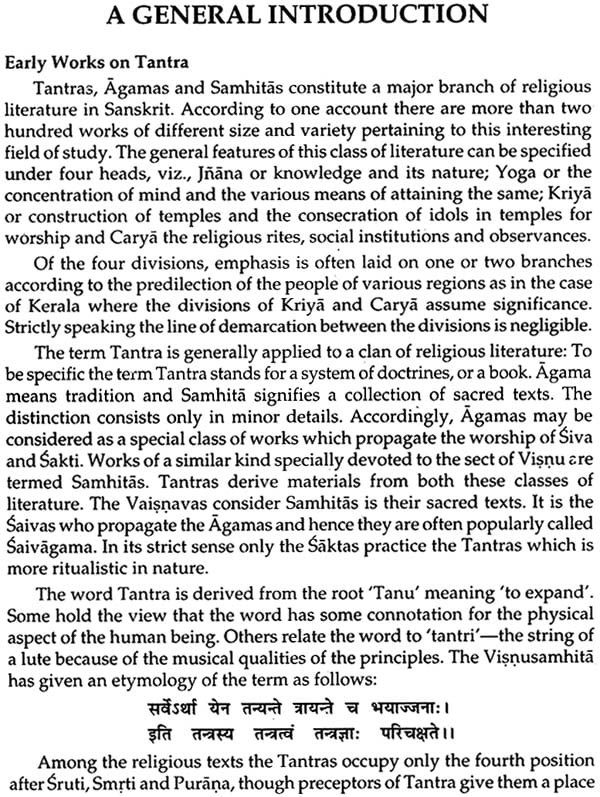 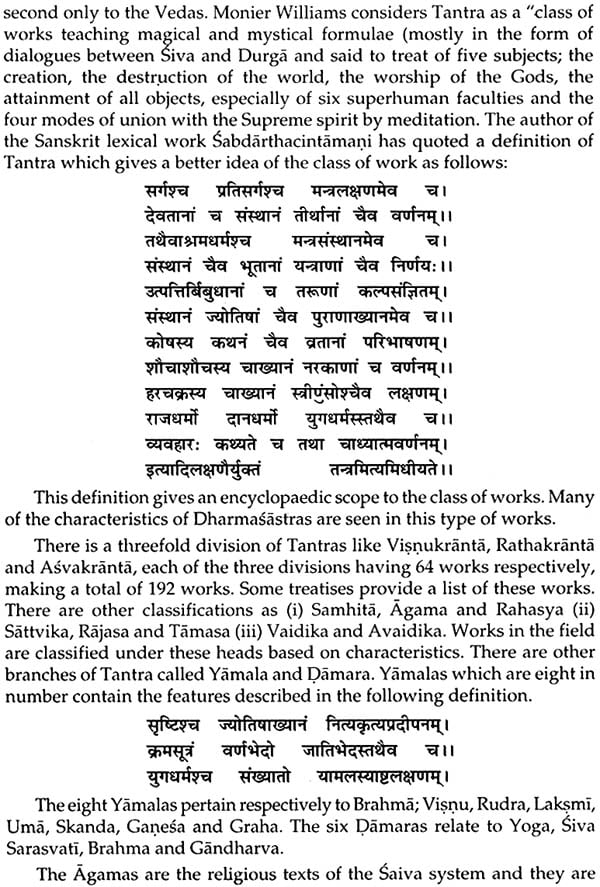 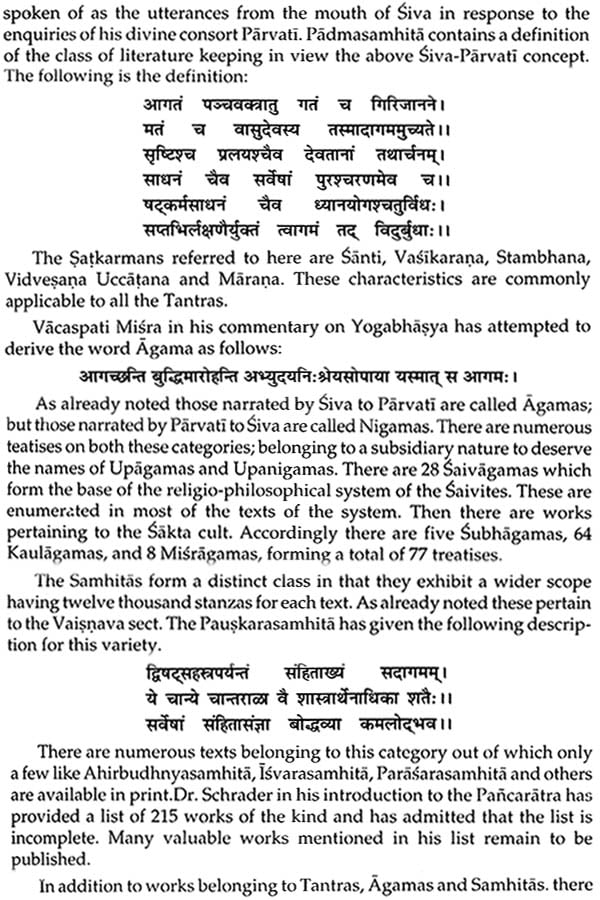 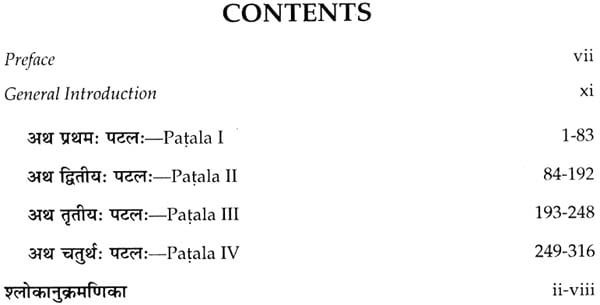 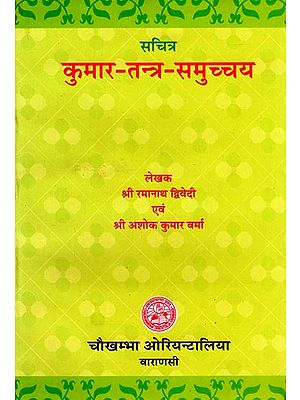 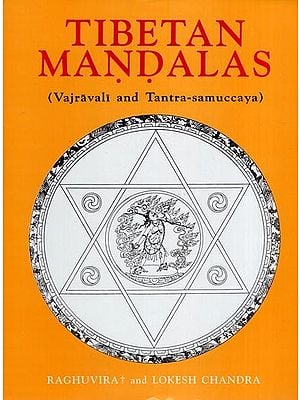 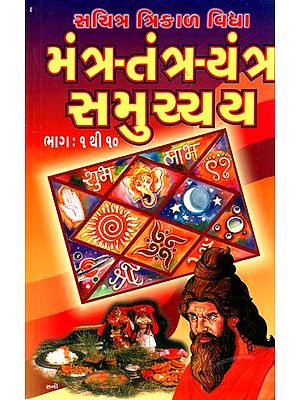 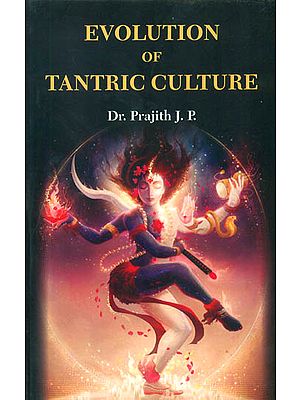 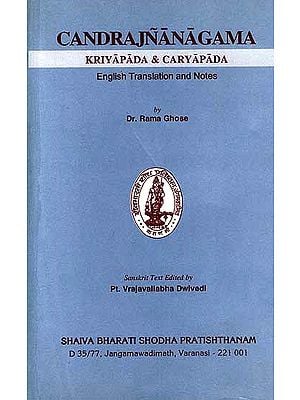 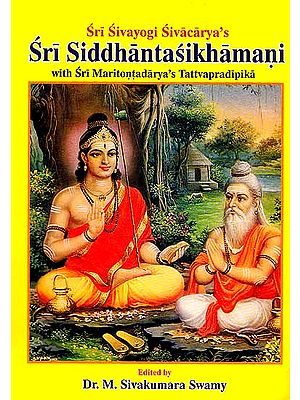 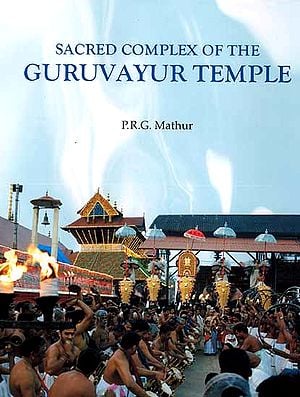 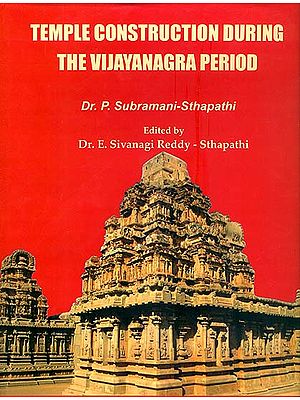 The Bodhicaryavatara of Santideva (Entering the Path of Enlightenment)
By Marion L. Matics
$33
FREE Delivery
Book FAQs
Add a review
Have A Question