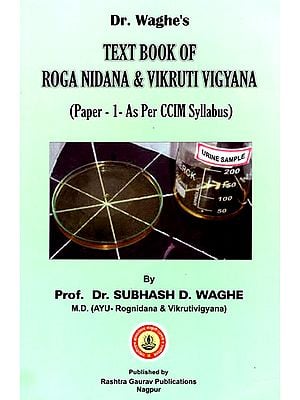 Dr. Subhash Waghe had done his graduation from Government Ayurvedic College, Nagpur and post graduation in Rognidana from Shree Ayurved College, - Nagpur. Presently he is Professor in Roga Nidana and Vikrutivigyana department. He had worked at many Ayurvedic and Modern hospitals as RMO. He had participated in various conferences, workshops, symposiums and seminars and -presented research papers in various national and international seminars. He received Best paper award at various conferences. He also received Best book of the year award from Ranade Foundation, Pune for his book on Ayurvedic Clinical Methods. He is also the author of two famous books on Ayurvedic Differential Diagnosis and Ayurvedic Cardiology. He had also revived the seven lost ayurvedic Samhitas to greater extent. His teaching skill and methodology is lauded both by students as well as teachers.

It is indeed a matter of great pleasure for me to introduce this book to the students of BAMS course. My previous two books on differential diagnosis and clinical methods received a warm welcome from the Nidan faculties across the nation and within a year of its introduction, I have to come with revised edition of the books. There was a persistent demand from learned Nidan community to come with book on Roga Nidana as per the syllabus of CCIM so that students in general get benefited. Many nidaniyans wrote book on the subject. Prominent and attracting among them was one by Dr. Subhash Ranade sir. This book is in Marathi but touched many aspects of Ayurvedic Roga Nidana and Vikruti Vigyana. The peculiarity of this book is that Dr. Ranade sir had tried to coin the Indigenous names for modern pathology related terms. The language is vey sample, lucid and easily understandable but it is in Marathi language and could not be utilized by the students in different parts of the country. Another honest attempt in this direction in recent times is done by late Dr. Nikky Bulani from Jaipur in Hindi language. She covered almost all points of syllabus and done justice with the subject but few of the points remained under explained. What lead me to come with this book can be summarized in following points:

1. While stating the Kapha Vruddhi laxanas, almost all the authors followed the scribal error, mentioning 'Sandhi Vishlesh' (loosening of the joint) as its feature. Whereas the fact is that the important action of Kapha as given by acharyas is the 'Sandhi Bandhan' (cementing the joint) by its sticking action (Shlish Alingane). Acharya Chakrapani in his commentary 'Bhanumati' on Sushrut Samhita, had rightly mentioned the Kapha Vruddhi laxana as 'Sandhi Shlishtata' (tightening of joint). From long time this had lead to the confusion among distinguished Nidan faculties and students in general and warranted a proper logical explanation.

2. The concept of 'Ashta Mahagada' is propounded by acharya Sushruta. But the comparison of acharya Charaka and Vagbhatas view along with it by almost all the authors had lead to some confusion because acharya Charka's concept of Mahagada (roga) is different. Acharya Charaka had referred Maharogas to Nanaatmaj Vyadhis in chapter 20 'Maha Roga Adhyay' of Sutrasthana. Moreover, as per acharya Charaka, there is only one Mahagada and rthat is 'Atatwa-Abhiniwesh' as mentioned in chapter 19th 'Ashtodariya' of Sutrasthana (verse no. 4 [8]) of his treatise 'Charak Samhita'.

3. Even when acharyas have very well described the various 'Vyadhi Awasthas' and the features and treatment of diseases as per awasthas, many authors failed to explain this important concept which had led to the misleading answers by the students in examinations. Acharya Chakrapani further explained the meaning of awasthas as 'Gati'. There are many such awasthas of diseases such as Sam Niram awastha, Uttan Gambhir awastha, Nava Jima awastha, Koshtha Shakha awastha, Dhatugat Awastha, Antarvegi Bahirvegi Awastha, Prakop Prasara awastha etc. which are very much important from treatment point of view. Hence review and explanation of this concept was needed.

4. Another important aspect of Vyadhi Ghtakas remained under explained in many books. Dr. Ranade sir had elaborated this concept in his book very well except for one point of Hetu which is missed from the list of Vyadhi Ghatakas such as dosha, dooshya, agni and aama. Strotas come under dooshya and does not require separate mention. The favourability of Nidan, dosha and dooshya to each other resulting in development of the disease as mentioned in C.Ni.4/4 which gives the clear idea about Vyadhi Ghatakas.

5. Although, acharya Charaka had very well described the 'Agni Dushti Hetus' and 'Aama' in the 15th Grahani chapter of Chikitsasthana, this had went under noticed from the learned and mentioned it from Laghu Trayi. Same is true for the Sam Niram Pariksha of Mala which is also given in C.Chi. 15/94. The scientific explanation of the 'Sam Mala Jala Nimmajan' pariksha lacked in almost all the books.

6. The concept of Vyadhikshamatva (Immunity) and its types from ayurvedic point of view remained under described or rather confusing in many books. And so is the case with Asatmyata (Allergy) except for honourable exception of Ranade sir. Most of the authors just translated modern immunity literature under Ayurvedokta Vyadhikshamatva.

The ICD and DSM Classification of diseases had not found a place in many books and even if mentioned in some, it is very rudimentary. The description of basic modern pathology is very introductory in many of the presently available books. 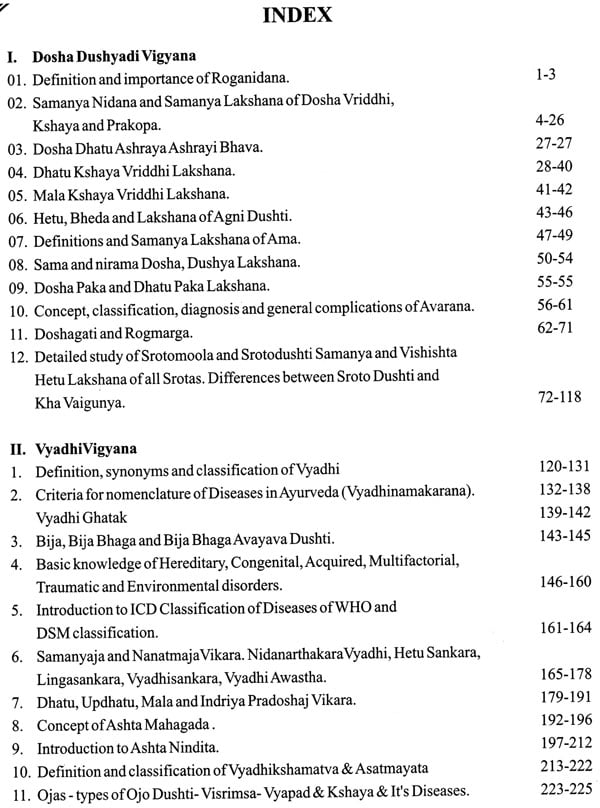 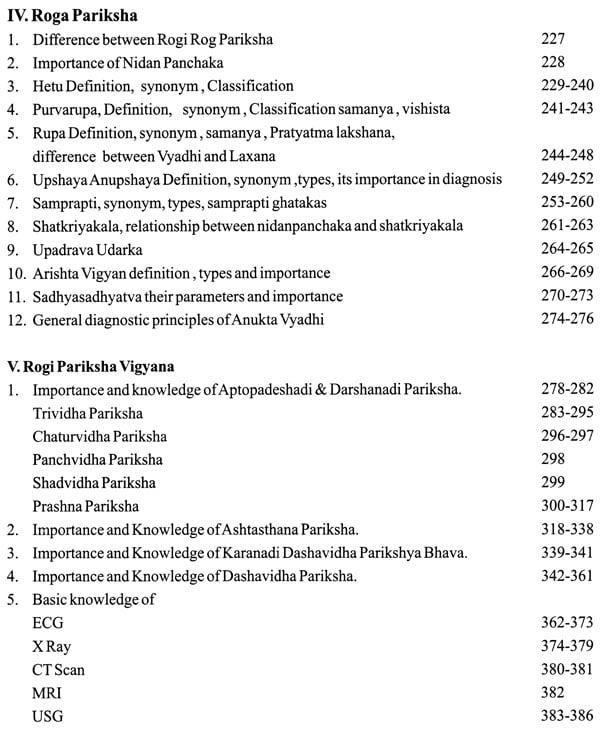 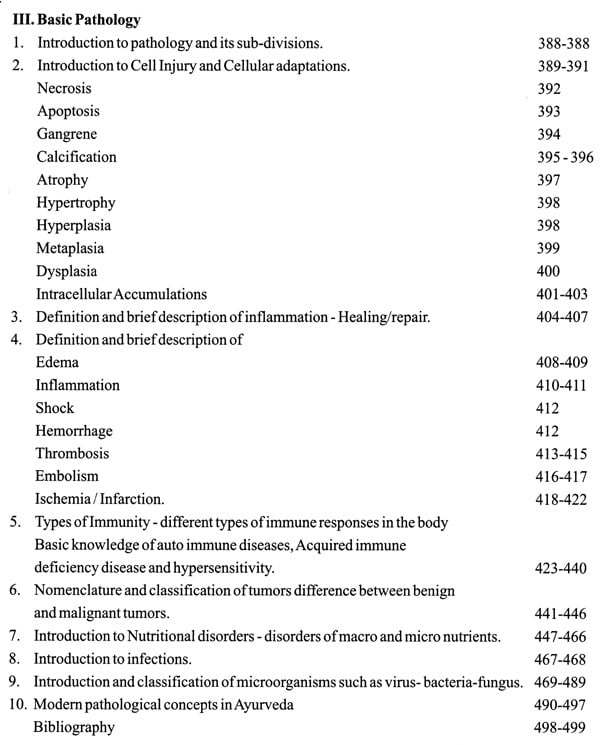 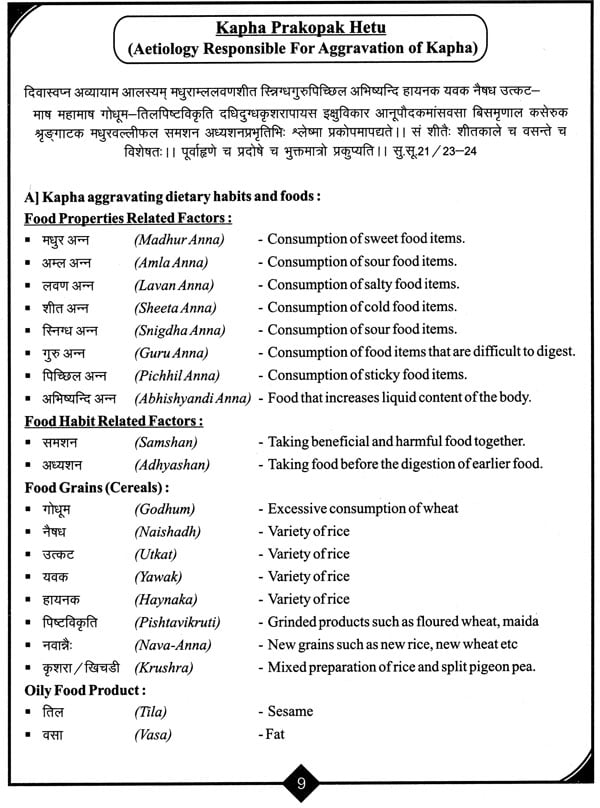 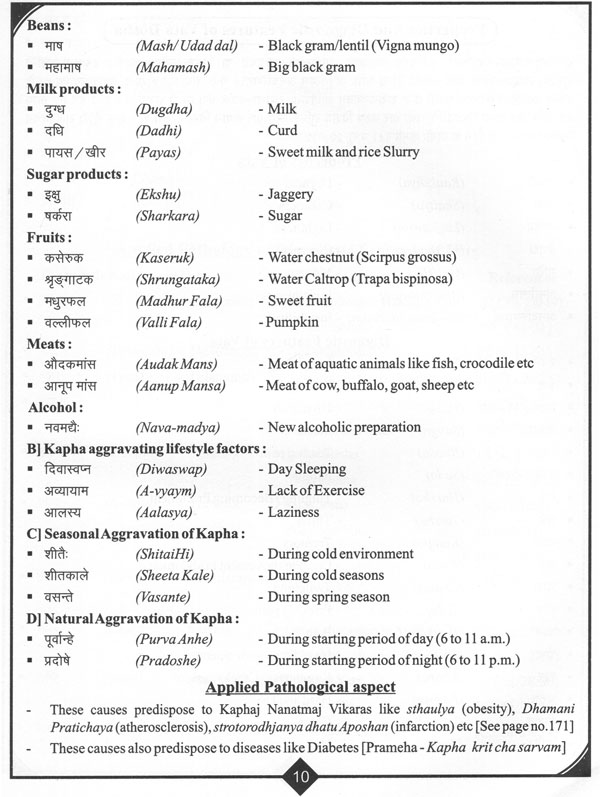 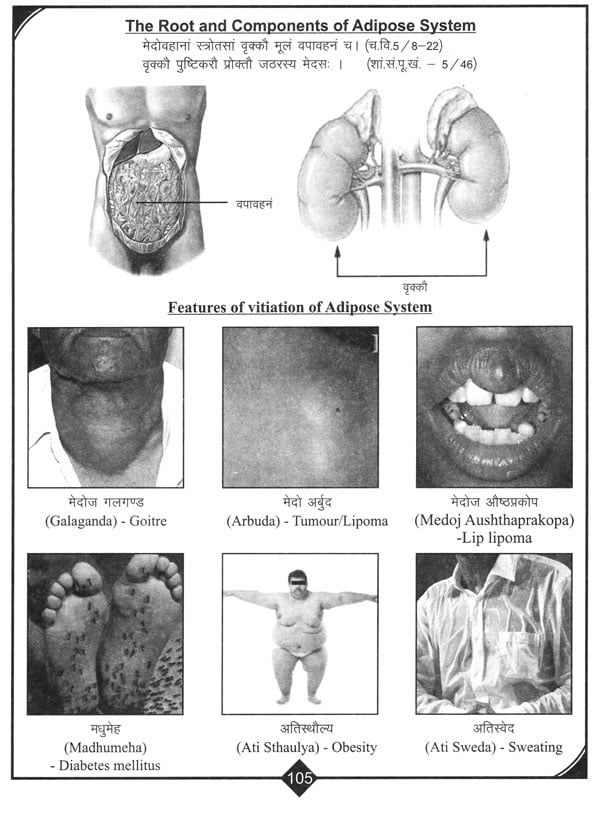 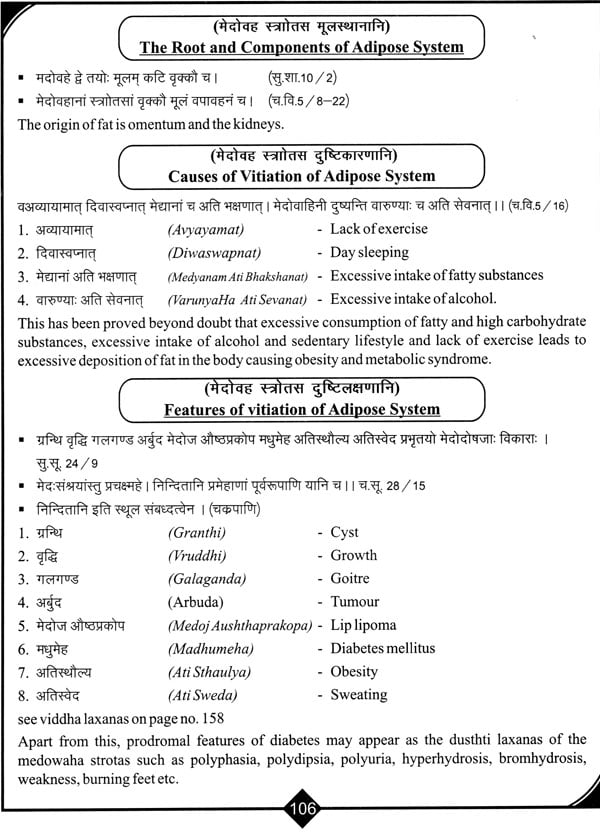 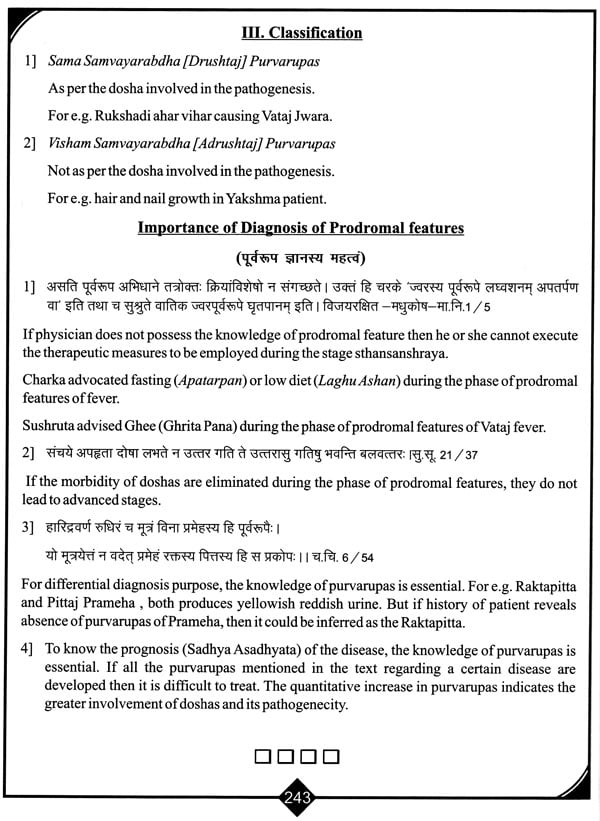 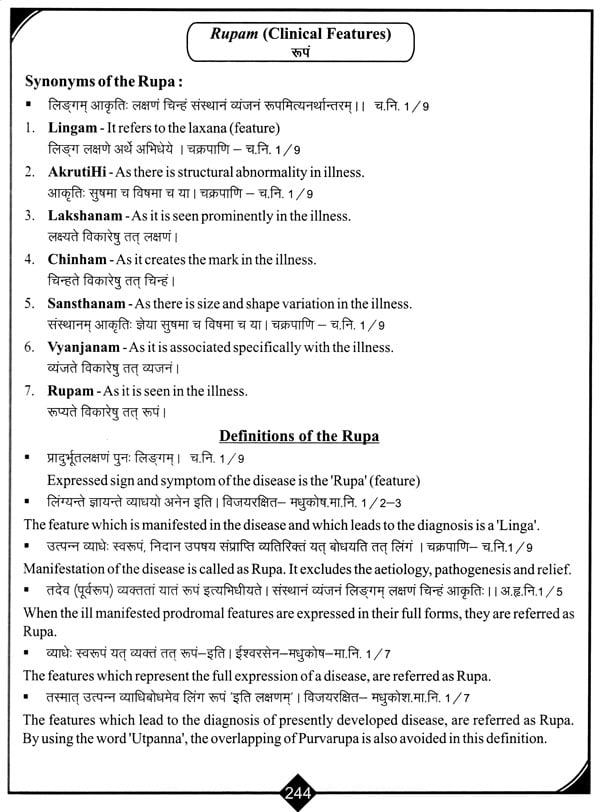 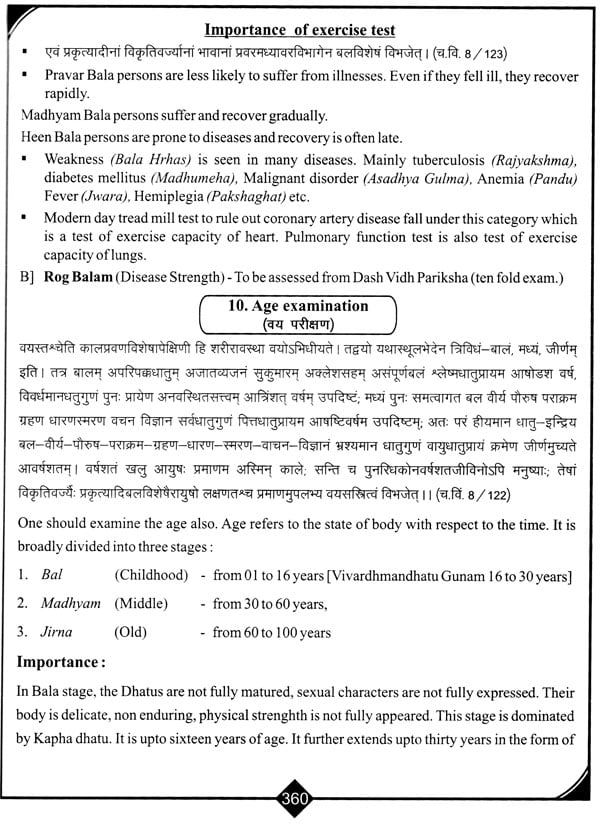 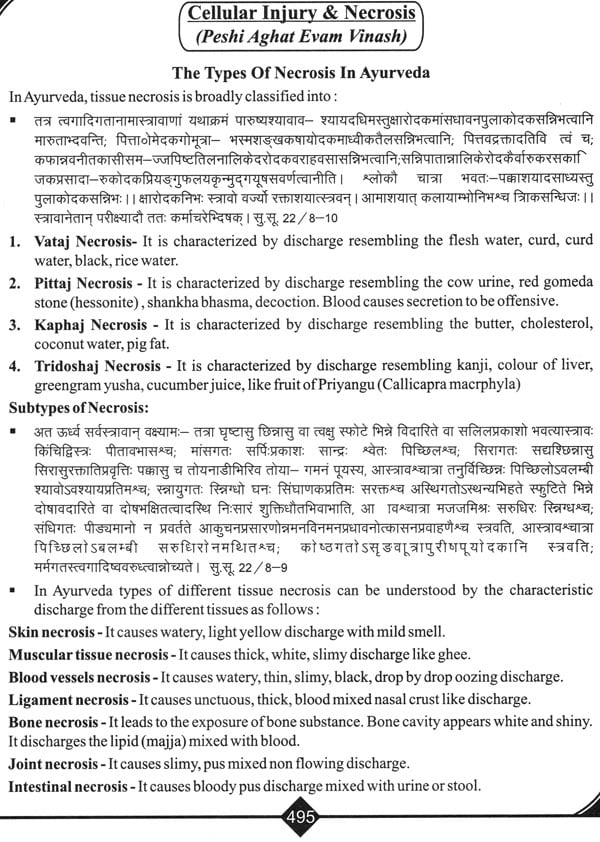 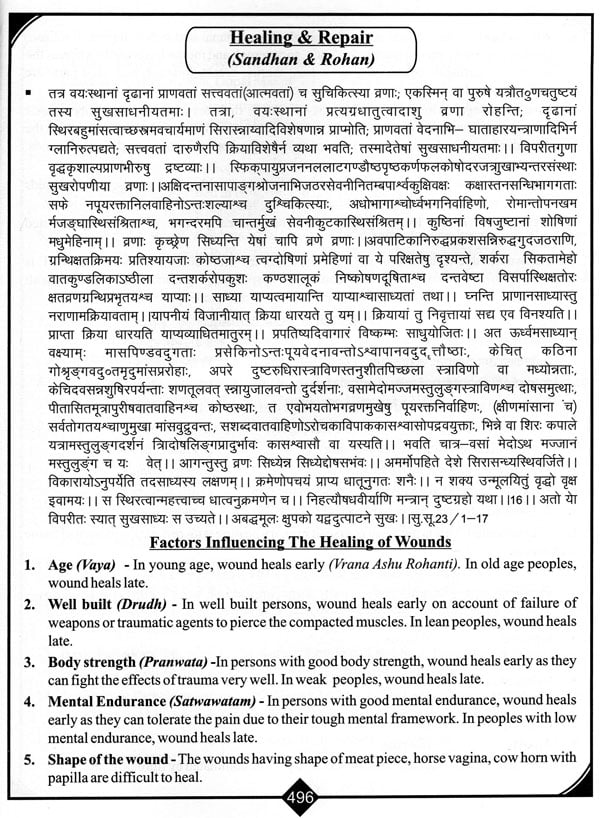 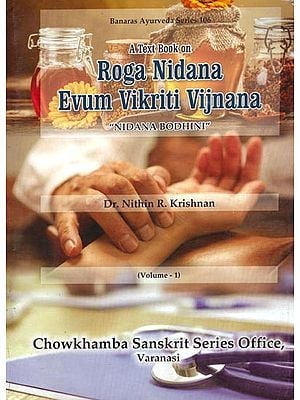 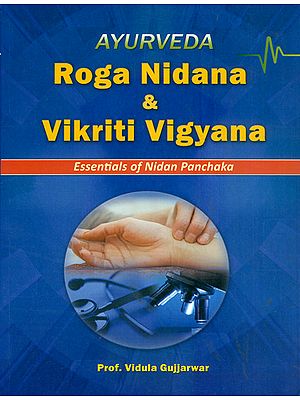 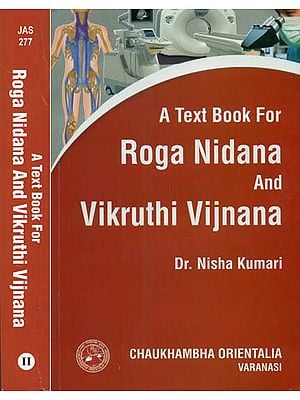 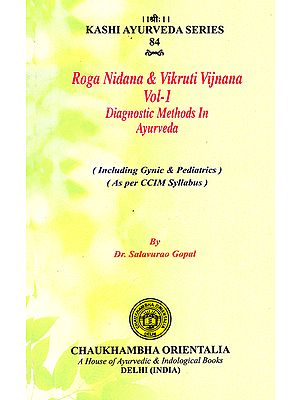 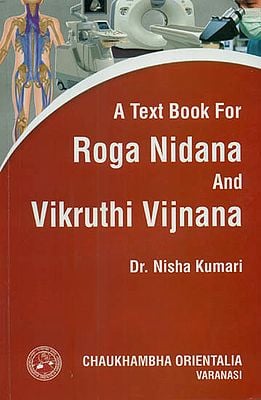 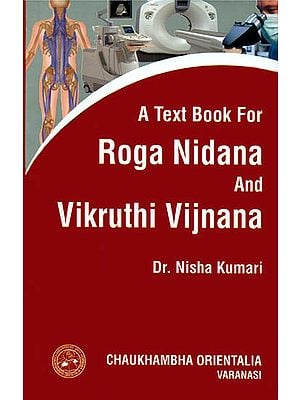 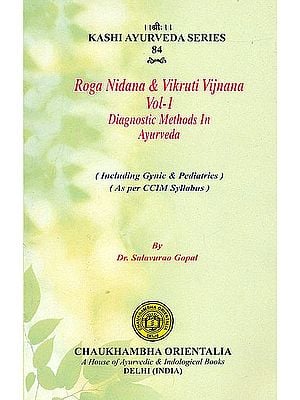 Roga Nidana and Vikruti Vijnana - Diagnostic Methods in Ayurveda (Including Gynic and Pediatrics as Per CCIM Syllabus)
By Dr. Salavurao Gopal
$16.80
FREE Delivery
$21  (20% off) 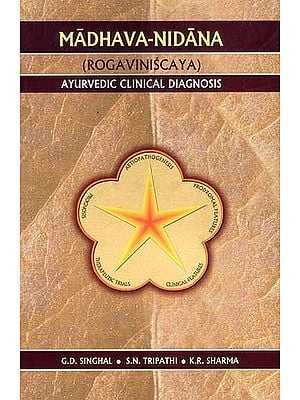 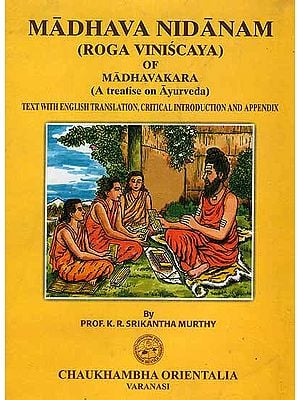 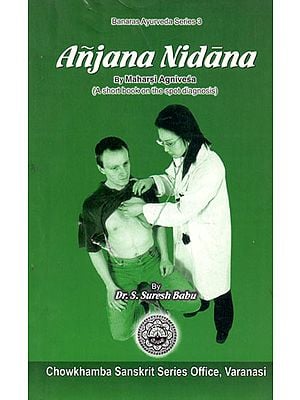 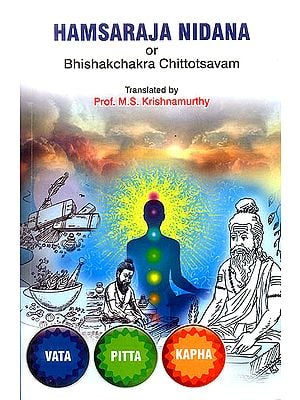 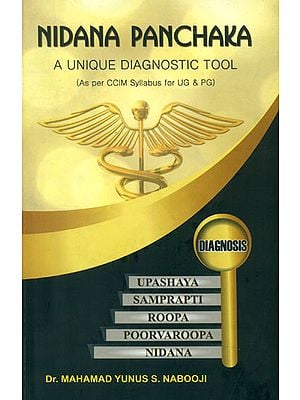 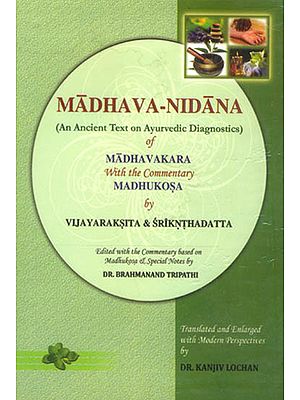 Madhava-Nidana of Madhavakara With the Commentary of Madhukosa (An Ancient Text on Ayurvedic Diagnosis)
By Dr. Kanjiv Lochan
$47
FREE Delivery
Bestseller 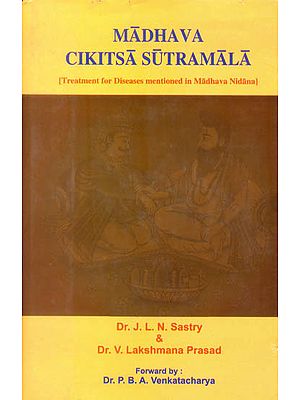