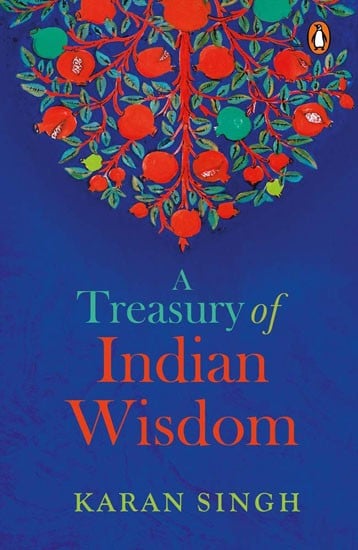 The civilization of the Indian subcontinent is by far the world’s oldest living civilization. A Treasury of Indian wisdom traces its intellectual and spiritual history over 5000 years.

The anthology begins with Vedic hymns journeys into the heart of Vedantic philosophy through the Upanishads and discusses the fundamental truths offers by Buddhist and Jain monks. Presenting the beauty and devotion in the verses of the Bhakti Sufi and Sikh gurus it finally evolves into the contemporary ideologies of the moderns like Jawaharlal Nehru J. Krishnamurti and Osho. In Keeping with the spirit of pluralism the books puts together the wide ranging wisdom of saints and scholars thinkers and reformers poets and leaders.

At a time of great turmoil and transition Dr. Karan Singh’s selections come as a reminder of our timeless secular heritage for a generation seeking its place in the world.

Dr. Karan Singh ws born heir apparent to the then ruler of the state of Jammu and Kashmir and served successively as regent Sardar-i-Riyasat and governor of the state.

A Padma Vibhushan Dr. Singh has held the tourism and civil aviation health and family planning and the education and culture portfolios in the Indian government and served as ambassador to the United States. Hs has been deputy leader of the Congress Parliamentary Party and chairman of the committee on ethics of the Rajya Sabha. As chancellor and Kashmir University and Jawaharlal Nehru University and has chaired the Indian Board of wildlife.

Presently he is a member of the Rajya Sabha chancellor of Banaras Hindu University president of the Indian council for cultural relations and chairman of the governing board of the Auroville foundation. Associated with several cultural and academic institutions he composes and recites devotional songs in Dogri and is a connoisseur of Indian classical music.

Some of his published works include his autobiography As I see and essays on Hinduism.

The Indic civilization is by far the longest surviving civilization on this planet. There have been earlier ones, such as the Pharaonic in Egypt, but they have disappeared leaving behind only magnificent monuments but no human contacts. In India, however, for at least five millennia, from the earliest Vedas, there has been an unbroken tradition of spiritual, religious and literary output which is astonishing in its vibrancy and sheer profusion. The Mahabharata itself is longer than both the Iliad and the Odyssey combined, and that represents but a small fraction of our scriptural heritage.

Apart from its antiquity and magnitude, a special feature of Indian culture has been its extreme diversity and plurality; covering not only SOOO continuing years of Hinduism but also other great religions including Jainism, Buddhism, Islam and Sikhism. In each one of these, India has produced scholars and saints who have enriched world literature by their out pouring both in poetry and in prose. Additionally there have been ‘secular’ writings which are also absorbing and replete with wisdom.

Each one of the segments of our heritage would run into multiple volumes, but what was needed was a selection of outstanding essays and poems reflecting the beauty and vibrant diversity of Indian wisdom based upon the ancient Rig Vedic dictum- Ekam sadvipraha bahudhavadanti-—the Truth is one, the Wise call it by many names. This volume attempts to give a kaleidoscopic view of the Indian civilizational tradition with selections from the Vedas and the Upanishads, Jainism and Buddhism, Islam and Sikhism, as well as from the Indian renaissance in the eighteenth century down to the twentieth century.

We live in an era of great turmoil and transition, when old certitudes are disappearing and there is a quest for new paradigms, particularly among younger people. At a time like this it is useful to remind ourselves of the tremendously rich, vibrant, diverse and pluralistic heritage that has come down to us through the long and tortuous corridors of time. In the quest for the new, let us not fail to take advantage of the magnificent panorama of Indian thought that represents our multifaceted civilization. It is my hope that this volume will help to bring some of these gems to the consciousness of present and future generations so that they can inspire our hearts and illuminate our minds to meet whatever challenges may lie ahead, whether individual or collective.

For obvious reasons, the bulk of this anthology consists of translations from the original texts into English, and it is only in the last section that we come across Works originally written in this language. Translations can seldom do justice to the original, but it has been my attempt to try and choose the most readable and eloquent translations available, and, whenever I have thought necessary to take the liberty of doing some myself. Any attempt to present a volume of this nature is full of challenges, because the selections inevitably have to be made by a single person with all his limitations, and will surely be open to criticism. However, I have tried to the best of my ability to produce an anthology that would be of interest to educated laypersons, not only in India but around the world where, with our recent economic growth, interest in Indian civilization is growing apace.

We begin our exploration into the ocean of Indian wisdom, of course, with the Vedas. They represent the oldest extant spiritual literature in the world and consist of thousands of beautiful hymns in Sanskrit addressed to various deities but also looking deeper into the mystery of creation itself. The ‘Nasadiya Sukta’ is a most extraordinary statement questioning whether or not the creator Himself knows the origins of the Universe. The sixty-three verses of the 'Bhumi Suktam’, the‘ Hymn to the Earth’ in the Atharva Veda, are startling in their contemporary relevance to the ecological crisis that humanity is facing. The Vedas lead logically on to the Vedanta which is a generic term for the most profound and inspiring spiritual literature anywhere in the world, the Upanishads. These represent a series of dialogues between great teachers and worthy students, through which higher knowledge emerges. The Upanishads are texts of such beauty that it is very difficult to do them justice in a translation. Nonetheless we have sought to include a fairly broad spectrum of texts including complete shorter Upanishads and extracts from the longer ones. These present great truths in the form of narratives and actual dialogues that give them a peculiar immediacy From the Bhagvad Gita we have chosen a less well known chapter, but one which I have always found fascinating——Chapter 10entitled 'Vibhuti Yoga’. It beautifully describes the fact that the divine presence manifests itself in multiple ways, not only inhuman beings but also in birds and animals, trees and seasons, rivers and mountains.

It is significant to note that the Indic religions-Hinduism, Jainism and Buddhism-are all dialogic religions, which implies a creative interchange of views and questions between teacher and pupil. Another special feature of the Indic religions, particularly Hinduism, is that they are not based on the teachings of any one person or one text written in any one point in time. This gives them a great deal of flexibility and adaptability to changing situations.

The second section in our anthology has been entitled “The Great Revolts’, referring to Jainism and Buddhism which were, in a way responses to the teachings of the Vedanta. Where as the Vedanta by definition accepts the primacy and infallibility of the Vedas, and are hence called Atmavad, Jainism and Buddhism both reject the Vedas, the former postulating millions of separate entities, Anekantavad, and the latter rejecting any immortal inner being, Anatmavad. We have chosen significant pieces from the Jain tradition, including from a great classic in Tamil—the Four Hundred Quatrains. In Buddhism we have presented the Four Noble Truths which represent the foundation of all the various schools of Buddhism, and have also included the Edicts of the great Buddhist Emperor Ashoka.

The third section entitled “The Acharyas’ refers to post-Vedic Hinduism as expounded by great thinkers such as Shankaracharya, Basavanna and the Nayanmars, the Shaiva saints who spearheaded the devotional path to salvation through worship of Lord Shiva at around the time the greatest Shiva temples were being constructed in Thanjavur, Chidambaram and elsewhere in Tamil Nadu. This was also the period when the truths and verities of the Vedanta were expressed by saints around the country in the local language, and it was this movement from Devavani (Sanskrit) to Lokvani (people’s language) that triggered the great devotional upsurge that swept India cutting across barriers of class, creed and even religion itself.

We have entitled the fourth chapter 'The Formless God’ and have included both Islam and Sikhism in this category. The great poems of Amir Khusrau, the wisdom of Kabir and the glowing text of the Japji Sahib are to be found here. The whole Sufi tradition flourished in India, and it has produced some of the most significant Sufi poets and saints. Among the former, Khwaja Amir Khusrau, a multifaceted genius, holds a place of pride, while for the latter, the leadership goes to Khwaja Moinuddin Chisti whose famous dargah in Ajmer is probably the most important Muslim pilgrimage after Mecca and Medina. It is significant that to this day millions of devotees, cutting across religious barriers, flock to Sufi shrines around the country In Kashmir, particularly the Shaiva tradition highlighted by Acharya Abhinava gupta and coming down to the great woman saint Lalleshwari, and the Sufi tradition epitomized by Sheikh Nooruddin Noorani whose dargah is in Chrar-i-Sharief combined to form the rishi cult that has dominated the valley for centuries. From Sikhism we have taken the Japji Sahib and poems by Guru Gobind Singh.

The fifth chapter is entitled 'The Moderns’ and begins with the immortal poetry of Mirza Ghalib, and goes on to include Raja Rammohun Roy Sri Aurobindo, Maulana Abul Kalam Azad, Gandhiji and Jawaharlal Nehru. J. Krishnamurti, whose luminous writings inspired generations around the world, and the controversial Osho, who produced some beautiful and inspiring works, conclude this section.

It is, of course, virtually impossible to cover in a single volume any substantial fraction of our tremendously rich spiritual literary heritage going back to the very dawn of our civilization. What we have tried to do here is to present are presentative selection which would illustrate the multifaceted, pluralistic and inclusive nature of our heritage. The need for such a book is now urgently felt because whole generations have grown up without even a faint acquaintance with this heritage, and to expect them to go to the original sources is quite unrealistic. What we have tried to do, therefore, is to produce an anthology that can be conveniently read by student and layperson alike that will help open some of the multiple windows of perception and illuminate some of the myriad facets of our wisdom heritage.

I am grateful to Ravi Singh of Penguin India who encouraged me to produce this volume based on a suggestion by the litterateur and civil servant Pavan K. Varma. I hava been greatly assisted in the task of collecting material for this anthology by Aakash Chakrabarty. 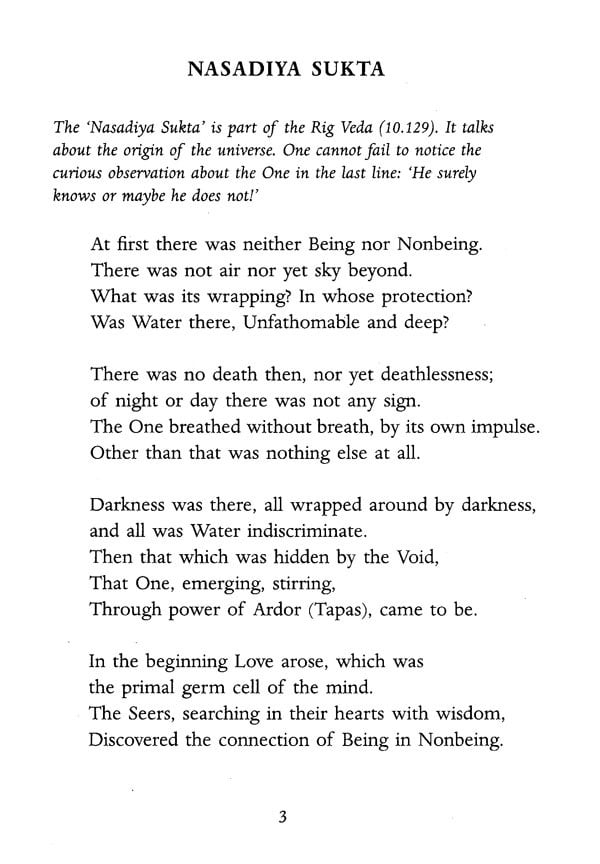 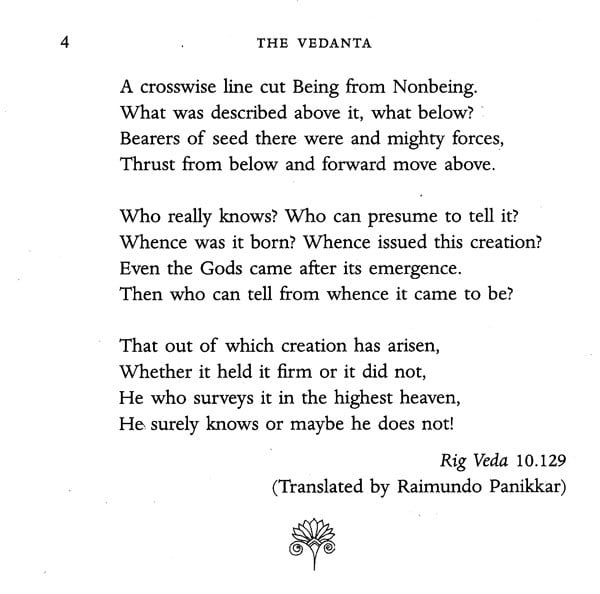 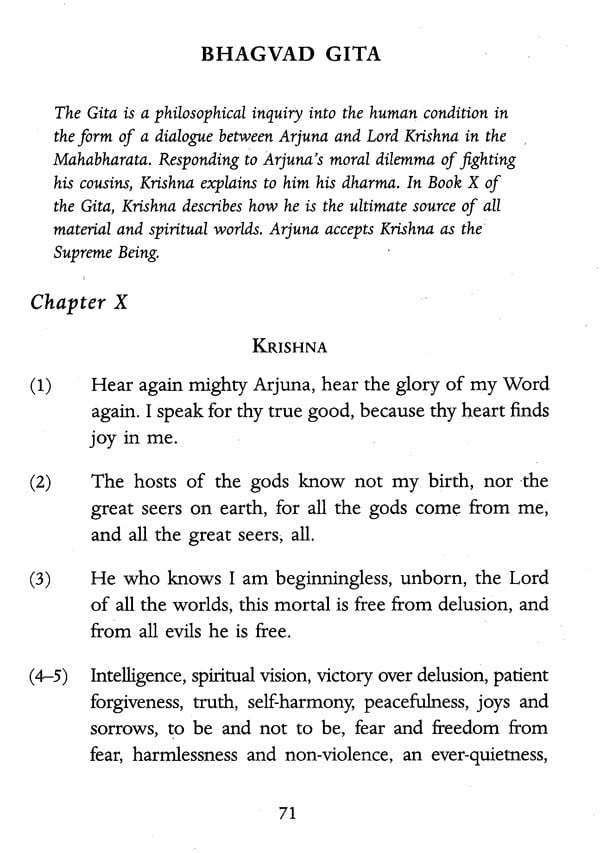 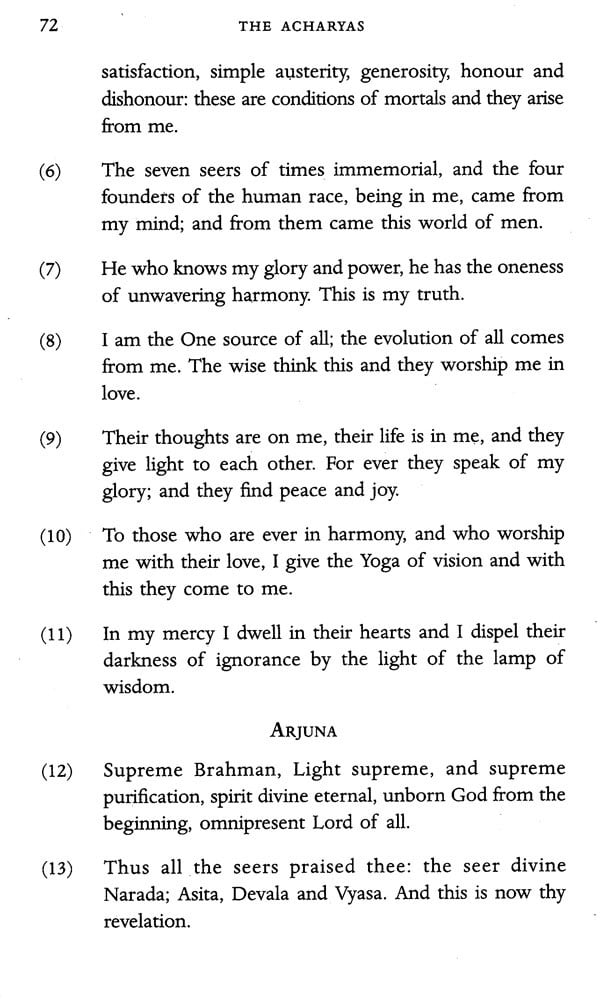 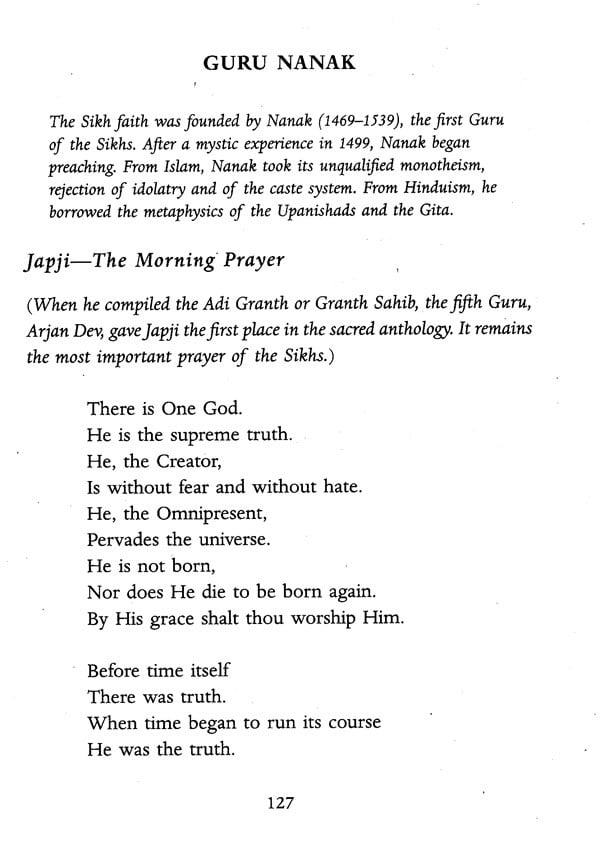 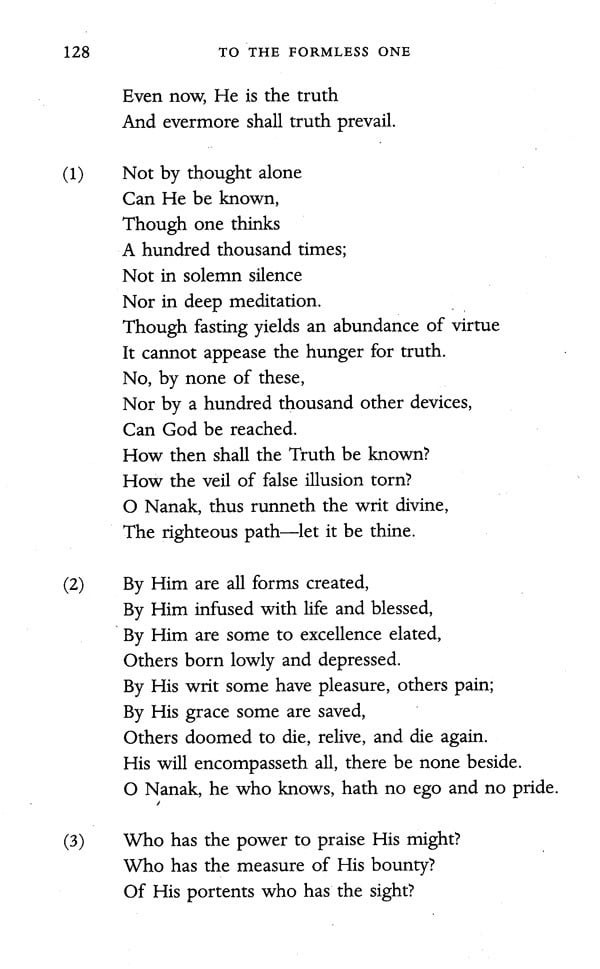 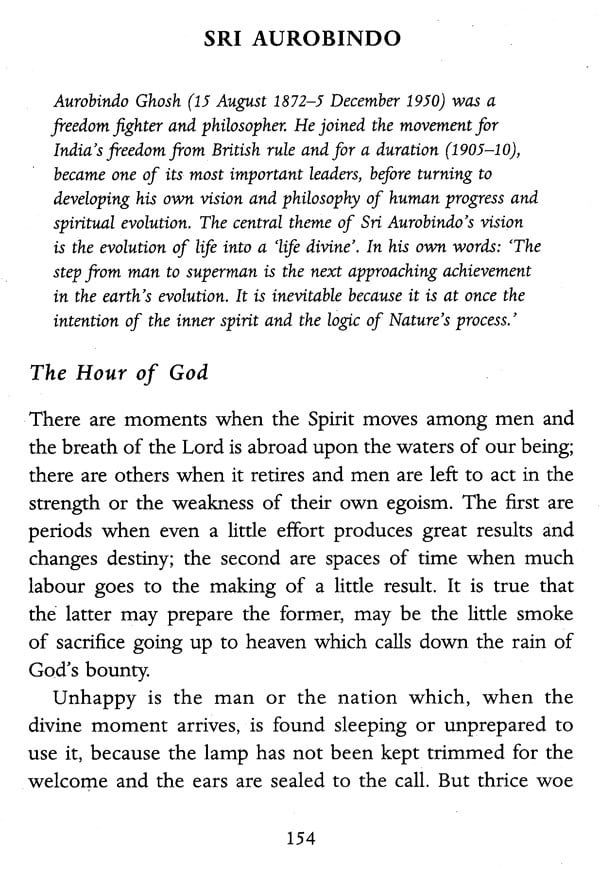 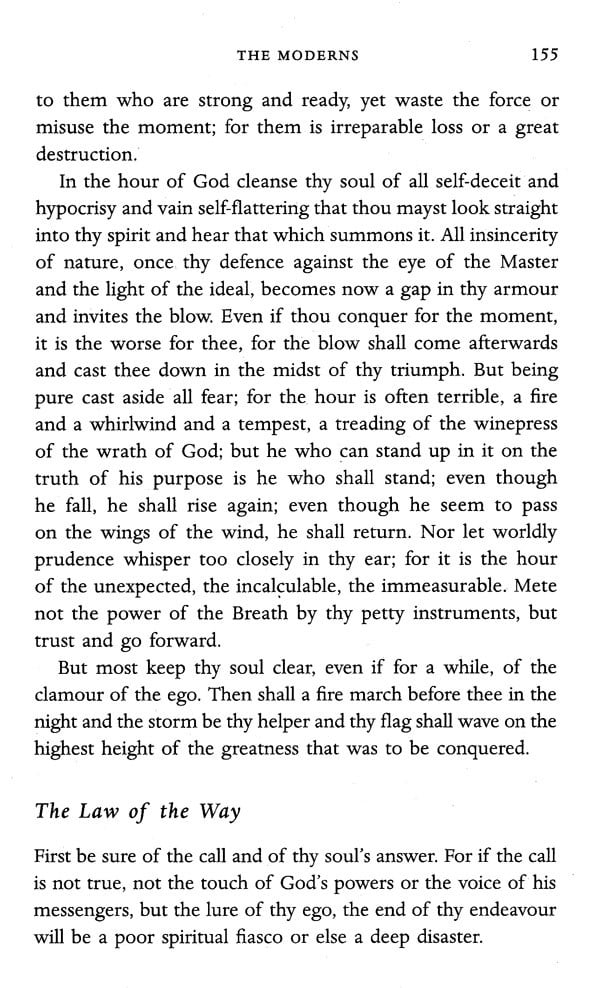 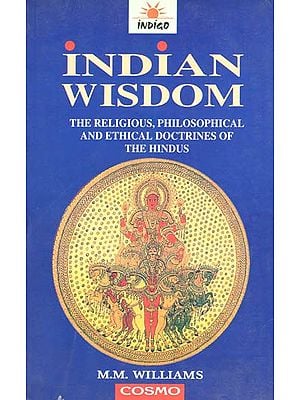 Indian Wisdom (The Religious, Philosophical and Ethical Doctrines of the Hindus with A Brief History of the Sanskrit Literature)
By M.M. Williams
$35
FREE Delivery 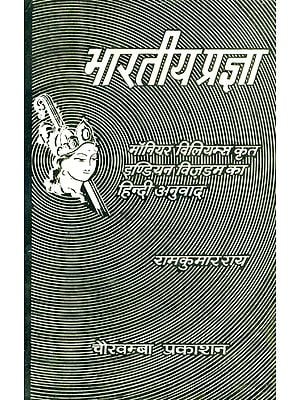 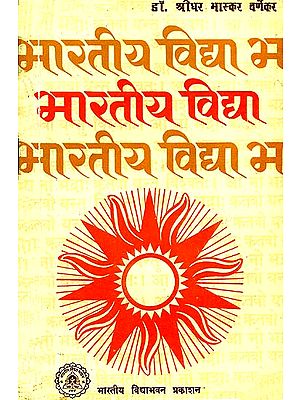 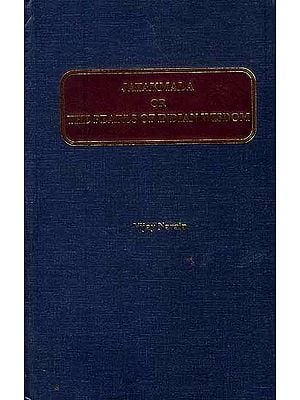 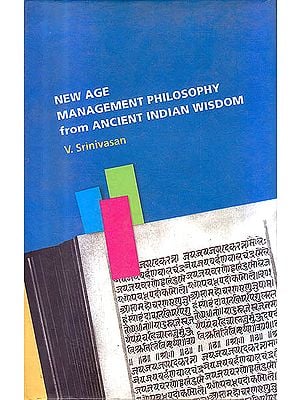 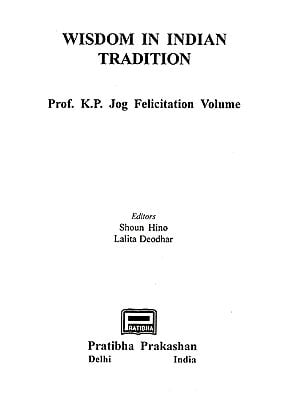 Bitten by the Black Snake: The Ancient Wisdom of Ashtavakra the Great Indian Sage
By Manuel Schoch
$17 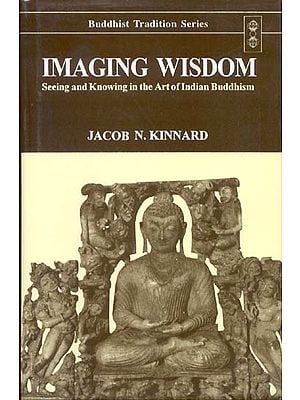 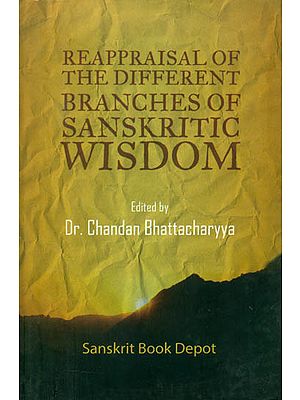