A blessing of Lord Shiva manifested as Vikramaditya who blossomed into a king enviable. Lord had spelled out his name even before his birth. The principles he stood by all his life. When his father wished to declare him crown Prince he objected saying it would be injustice to his elder brother who by tradition was the natural heir to the throne. The father called it disobedience but Vikramaditya stood his moral ground.

It was a pointer that Vikramaditya would make any sacrifice for his noble values. The royals are famous for falling into infatuation with beautiful females but Vikramaaditya did not allow thta trait to take roots in his character after he witnessed his elder brother being betrayed by the queen he so loved. She had immolated herself when her disloyalty was discovered. The elder brother, Bhartrihari had renounced the world after that tragic episode. Vikramaditya had to take charge of the kingdom and the throne of Ujjayani became symbol of justice. In a later age when king Bhoja tried to set upon that throne he was confronted by 32 mytifying riddles posed by figurines of the inlay work. Those figurines infact were accursed celestial beauties. According to the legend that throne was booned to Vikramaditya by Lord Indra.

Some times too much goodness attracts misfortunes. Same happened with Vikramaditya. A tankrik (occultist) wanted to offer the sacrifice of Vikramaditya because he was a perfect character of qualities. That act could beget the Tantrik supernatural powers. But a weired ghostly character Betal who admired Vikramaditya warned him about the evil intentions of the Tantrik. The death of the Tantrik could deliver Betal too from its ogre life. Vikramaditya cleverly beheaded the evil Tantrik and tossed its severed head into the holy fire solving all problems in one strokes.

In myriad ways are the legend of the justice throne of Vikramaditya told in literary forms. According to one such strain of legend, the descendents of Ujjayani throne decided to found a new capital. It was then that the justice throne sank into the earth and entombed itself. There only remained high mound of soil externally visible. A shephered boy used to sit on that mound and transform himself into a icon of justice and sagacity. Even the complex cases of disputes of the locals he would solve in a jiffy. The news about it made king Bhoja dig up the site and the throne of Vikramaditya was discovered to the amazement of the all.

The stories related by figurines reveal the extra-ordinary character of King Vikramaditya. The last of the figuirnes spoke to Raja Bhoja, “ I am telling you the truth king. You have delivered us from the curse of the Goddess Parvati. After she turned us into figurines of the throne penal, she took mercy on us when we prayed for her forgiveness. She said if some day a patient king listened to our stories without losing interest that day will liberate us from the curse.”

Then all the figurines declared, “King Bhoja, you indeed have the trues right to sit upon this legendary Justice throne of Vikramaditya.” 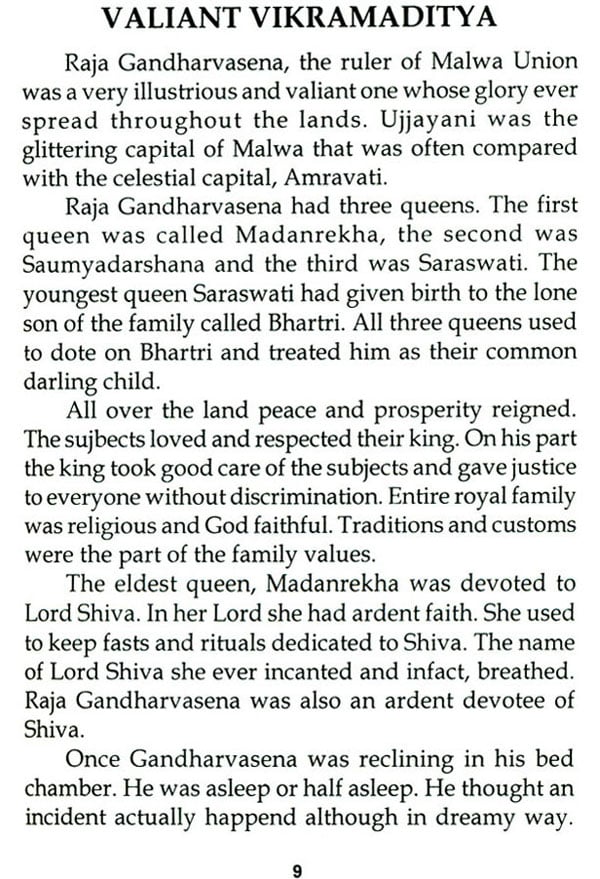 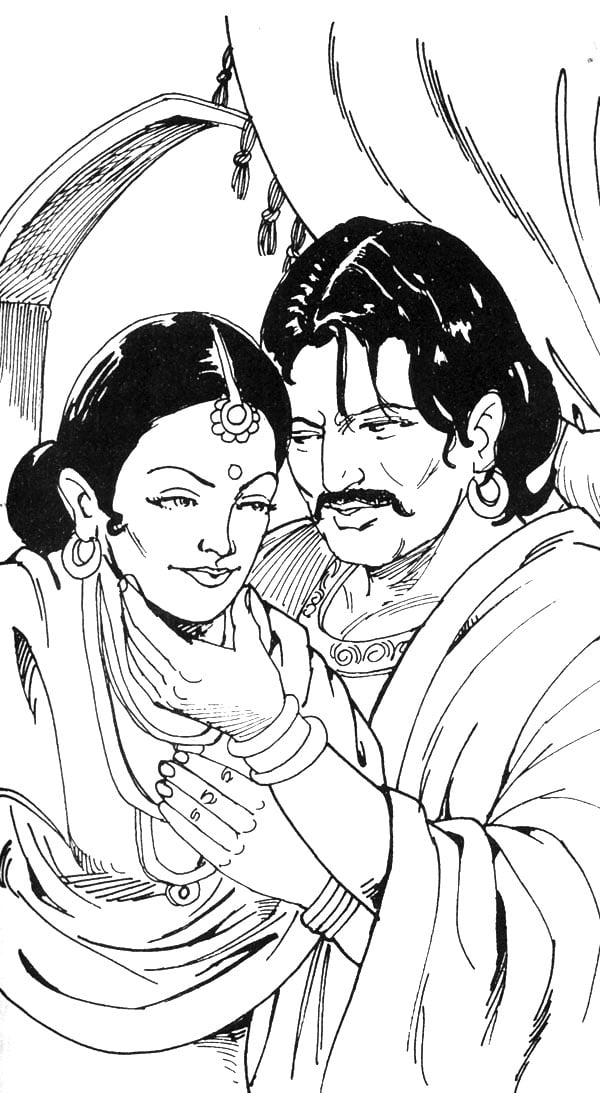 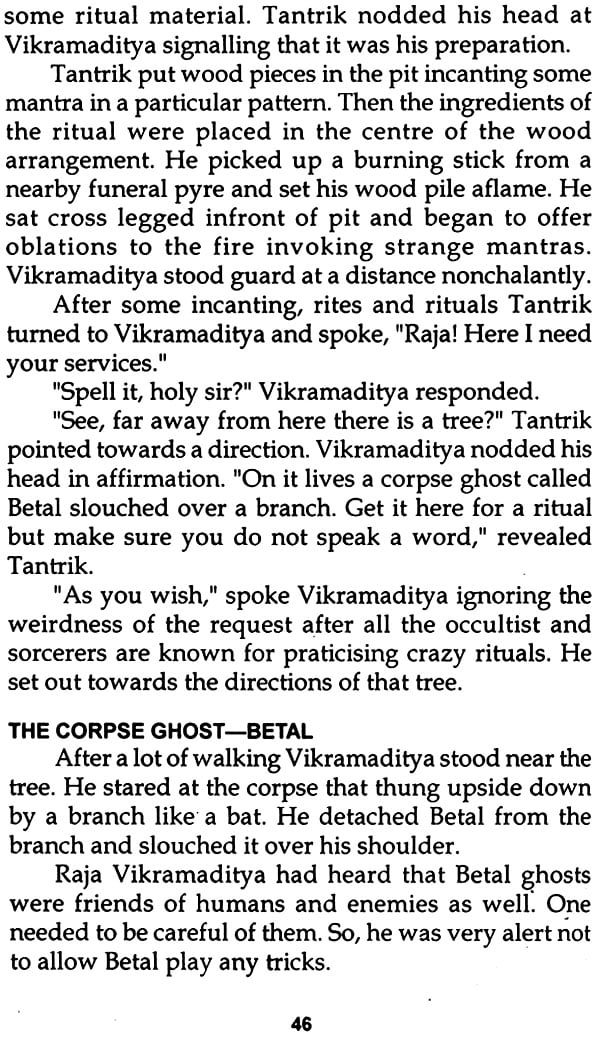 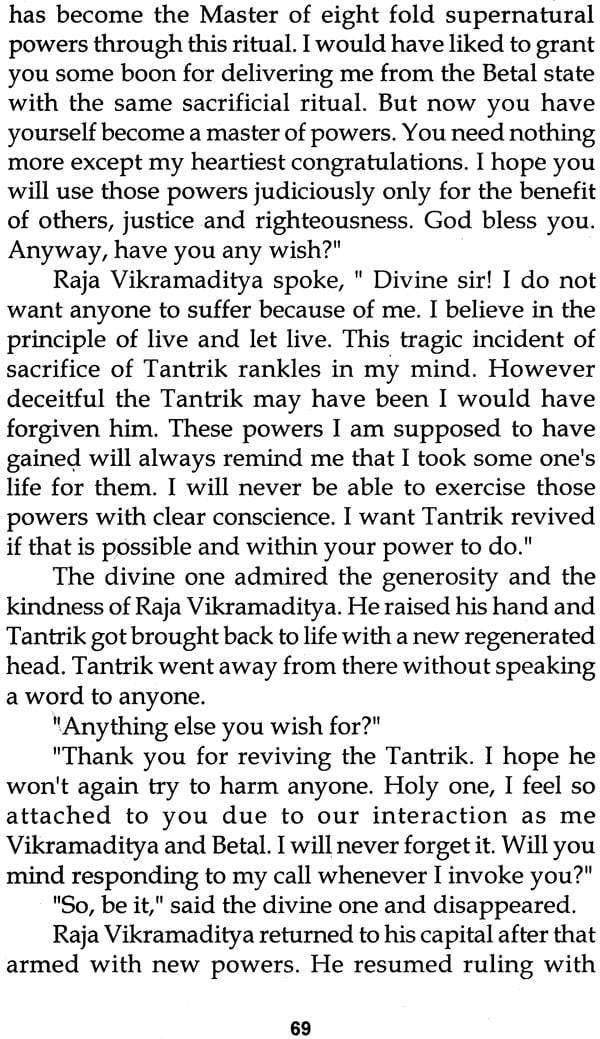 Vikramaditya's Throne
By Anant Pai
$13
Out of Stock Listen, O King ! (Five and Twenty Tales of Vikram and The Vetal)
By Siva Dasa and Deepa Agrwal
$22
FREE Delivery