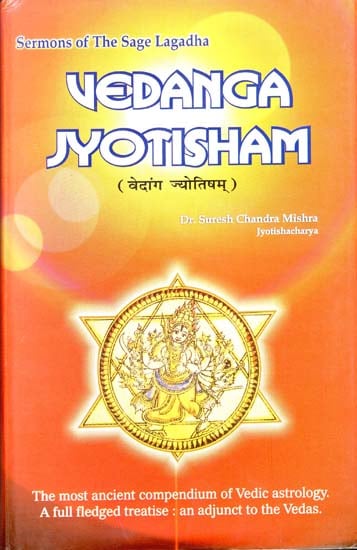 Vedanga Jyotisham', the most ancient, systematic and authentic treatise available on the subject was sermonized by the sage Lagadha in a very rational form and crowned as the Vedanga.

Several clues are inherent in this classic, which make us believe that this work was handed down by the sage about 3500 years ago, somewhere in the Kashmir State of India, then known as `Sharada Desha' i.e., the inheritance of Goddess Saraswati.

In this work the sage outlines some basic essential aphorisms with their highly practical application, which were very useful for computation of the Vedic calendar of daily use in those days. The same later offered an ample pavement for the younger generations to move forth on in the realm of Vedic Astrology. Some of the rules contained herein are highly useful and give precise results. This work is of utmost significance for those, who strongly desire to delve into the ancient discipline of the Vedic astrology.

The Vedanga Jyotisham enjoys a highly respectable position in the history of astrology and has offered a fertile ground to work on for those considerate scholars of merit who are not deterred by painstaking analysis. Even a cursory examination of this petite composition, a scrupulous student of this pious subject would feel delighted and realize its excellence in the domain of the Vedic wisdom.

This work has been earlier dealt with by many far superior scholars, but generally in a piecemeal manner. This handy treatise has not yet been presented in a full-fledged and self-contained style, exposing the true sense of all verses in order to provide its true meaning in an easily understandable and illustrated form.

Another very natural reason is that after my `Upanayana Samskara', when I was eight years old, my father was the first man, who gave me a hand written script of the VJ for daily chanting. Even after chanting the text, the work for years remained to me like Greek and Latin.

Later somehow it prompted me to deep inclination towards the Vedic literature and sincere reverence to the astrology of our sages. It is, therefore, having finished the present commentary (Bhashyam), that I obviously named it as `Akhilanandam Bhashyam' after the name of my late father, my first Guru.

Finally, having translated almost all astrological classics, dressed with their exhaustive commentaries, I deeply intended to do something sincere with this monograph of the Vedic astrology, which for centuries, has been necessarily considered an adjunct to the Vedas and the most ancient and powerful signature on the subject. The work would not have been completed without the help received from various scholarly, though scattered writings in the nineteenth century A.D. Hence, I obviously feel indebted to those scholars.

During the course of writing, Dr. K.S. Charak, Honorary Editor to the Vedic Astrology magazine, rendered several valuable and scholarly suggestions to make the Bhashyam equally useful for one and all. He has a natural deep reverent rather intellectual outlook towards the Vedas and their allied fields. He thus, is above all formal thanks, but naturally deserves the vest of my wishes. Many God grant him unhampered strength to work for mankind.

As usual very special blessings of my revered paramgure and the grace of gods as well as the benediction of learned Brahmins have always been with me, I believe.

I earnestly urge my scholarly readers to make suggestions in order to improve upon my likely lapses in the treatment of this ancient work. I shall remain beholden to them for this, and humbly dedicate the Vedanga Jyotisham with its Akhilanandam Bhashyam to them. 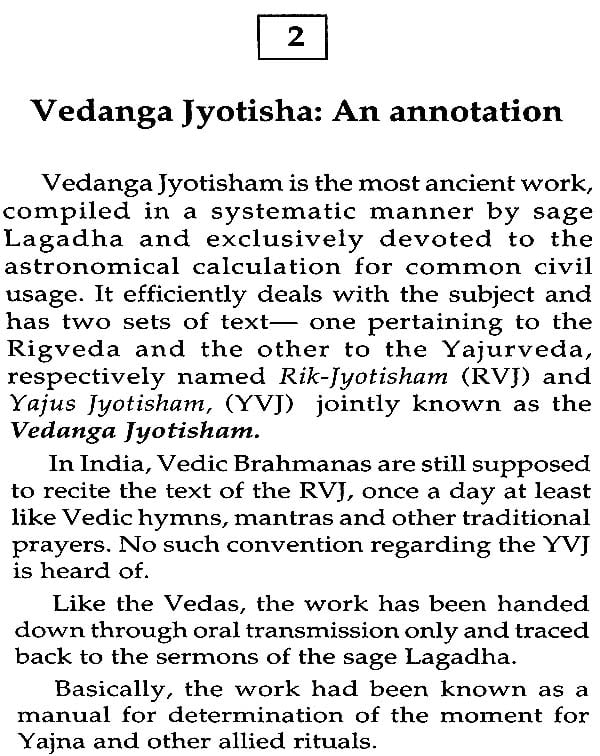 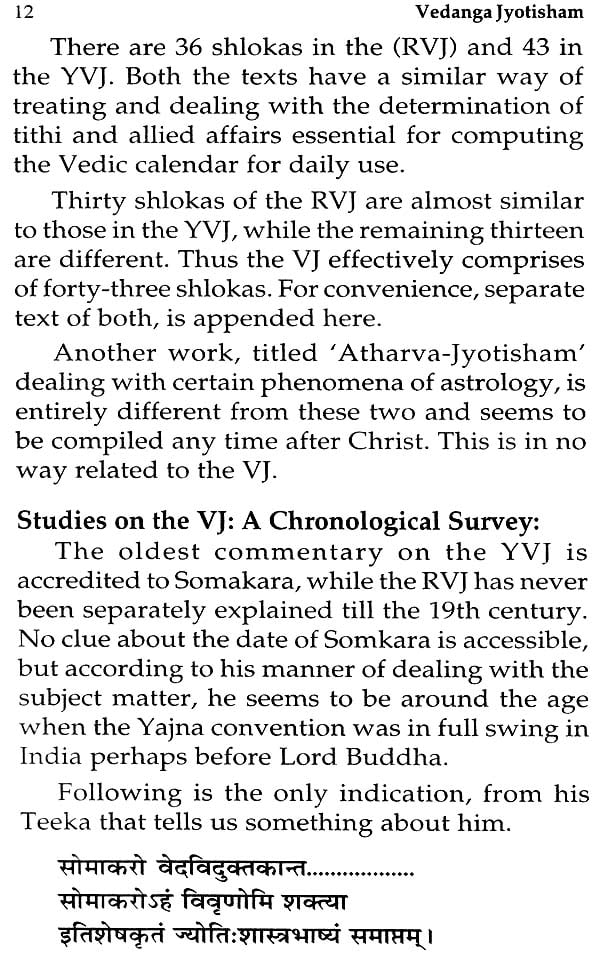 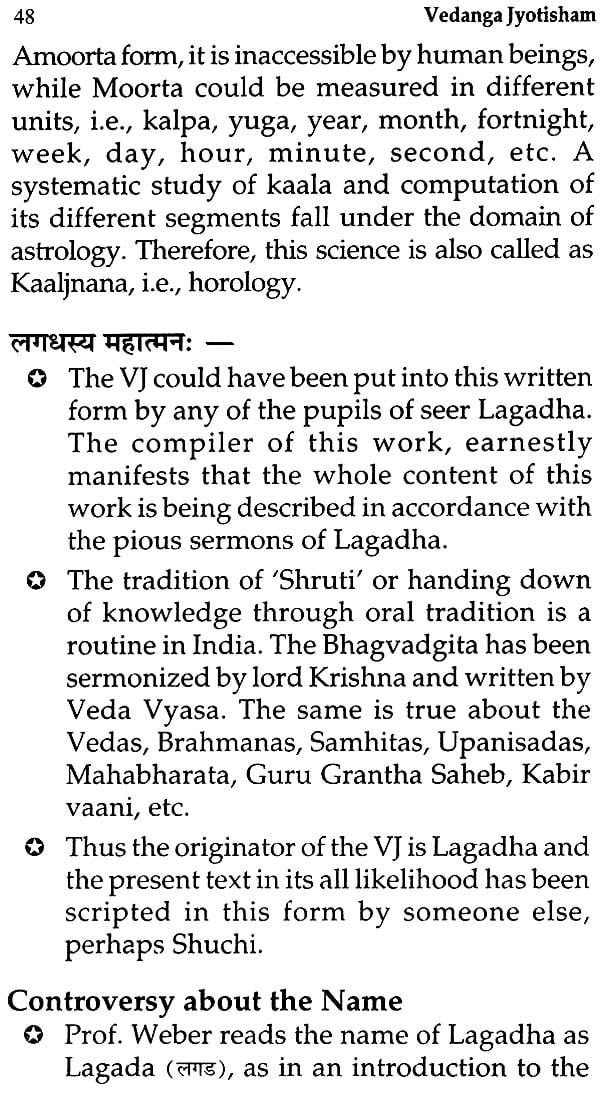 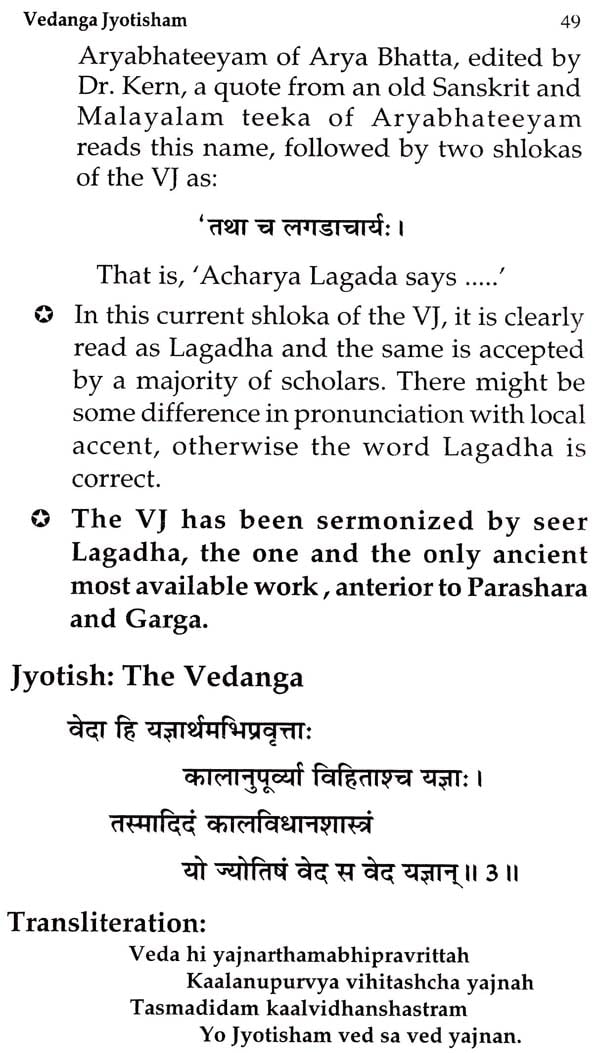 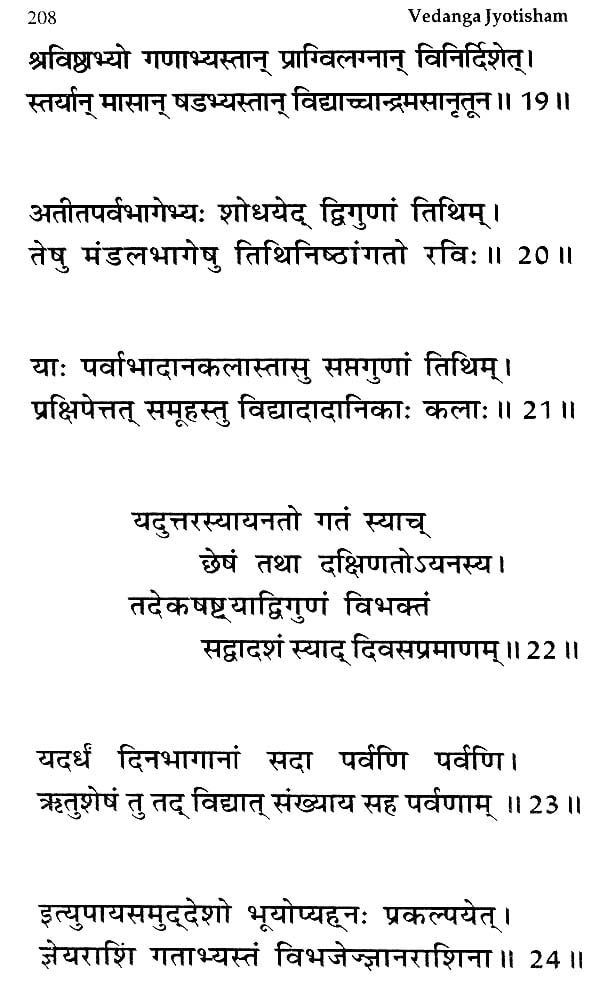 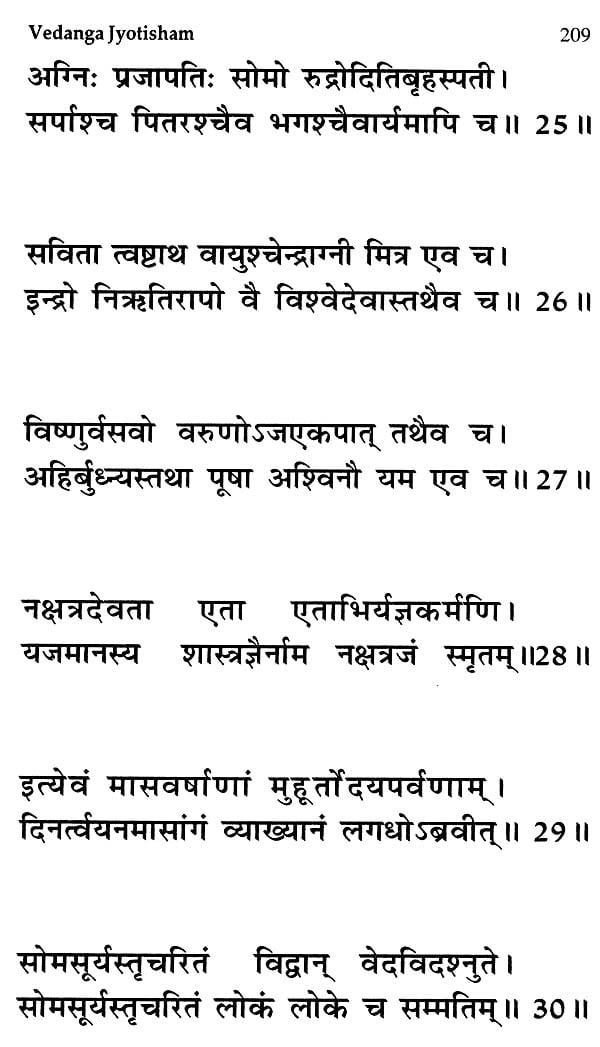 Bhaskara-1 and His Astronomy
By Prof. S. Balachandra Rao
$12
Best Seller
Book FAQs
Add a review
Have A Question