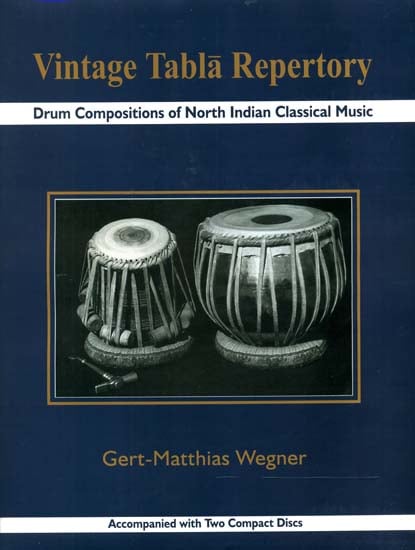 This is a book for tabla-players and those who want to learn more about North Indian drumming. For the first time the hitherto unpublished repertoire of the Laliyana gharana of Ustad Munir Khan is unlocked for the tabla-playing world. Now students of tabla have access to the untold treasures of this exclusive heritage which was available only to initiated disciples.

Based on his twenty-four years of apprenticeship with the late tabla virtuoso, Pandit Nikhil Ghosh, the author presents his entire repertoire of traditional tabla compositions in a meticulously transcribed and annotated form, along with recorded examples on CD. The accompanying text gives a wealth of information, explanation and helpful advice.

Having learnt from Pandit Jnan Prakash Ghosh, Ustad Amir Hussian Khan and Ustad Ahmedjan Thirakwa, Nikhil Ghosh inherited a choice repertoire of tabla compositions from the traditions of Delhi, Ajrada, Lucknow, Farukhabad, and Punjab. Many more delightful pieces were added by the two great composers, Amir Hussian Khan and Jnan Prakash Ghosh. Nikhil Ghosh described his role as a guru, as a filter who selects and passes on only the best part of the repertoire to his disciples and discards what he deems unfit for further consideration. His aim was, to improve the quality of the repertoire and make good music available to all.

Gert-Matthias Wenger is a musician and ethnomusicologist. Besides his early training in Germany in classical European music and twenty-four years of tabla apprenticeship with Pandit Nikhil Ghosh in Bombay (resulting in a Ph.D. thesis on tabla), he has carried out research in various local musical traditions of Nepal, producing several documentary films, publications and CDs. During the course of his research in Bhaktapur, he studied all the drumming traditions of this mediaeval Newar farmers' town and taught many local players. He is the founder and Head of the Kathmandu University Department of Music, in Bhaktapur, Nepal, where he has been a resident for the past twenty years. To date, (his is the only university department in South Asia conducting fully-fledged B.A. and M.A. courses in ethnomusicology, along with training in classical North Indian music and several Nepalese musical traditions. In 2003, Wegner has been appointed as Professor for Ethnomusicology at the Free University, Berlin.

This is a book for tabla-players. It is not a manual on 'How to play the tabla'. The sublime art of tabla-playing can only be studied effectively with an accomplished master, not from a book. With this compilation of vintage tabla compositions, I attempt to preserve the better part of an exclusive oral tradition and make it available to future generations of tabla-players and music lovers.

The increase in the number of tabla-players and audiences all over the world appears to follow the trend towards a playing-style and repertoire of mass appeal. Some senior musicians deplore what they perceive as a loss of musical substance in this development. According to them, it reduces the traditional dimensions of delight in Indian music - aesthetic, intellectual, sensual and spiritual - to the sensual alone. Senior musicians concerned about this trend need to move from the traditional stance of possessiveness and secrecy to a more liberal and creative approach, by allowing not only those few who serve them to take advantage of their knowledge. In order to awaken aspiring tabla students to the inherent qualities of the traditional repertoire, it must be made accessible. Students should be in a position to work with quality material right from the start and face no unnecessary barriers against their desire to learn.

Another recent trend in tabla-playing is the display of mathematical prowess. Mathematics can be a necessary requirement in tabla accompaniment, when proper response to the melody instrument calls for this. When it becomes the dominating element in a tabla solo performance, the result tends to be impressive but so tedious. This is alien to the traditional tabla solo repertoire which draws its inspiration from the poetic potential of drumming syllables and represents a beautiful balance of inspiration and form, of formidable technical means and restraint.

During the past three decades, quite a number of publications and theses have been written on North Indian drumming. The most successful one in English being James Kippen's 'The Tabla of Lucknow’, which focuses on the cultural context of that important gharana. Robert S. Gottlieb's 'The Major Traditions of North Indian Tabla Drumming, presents six transcribed tabla solo performances by representatives of the major gharanas. Manfred Junius compiled many rare rhythmic cycles, presenting various categories of tabla compositions with transcribed examples. Gregory Booth investigated the process of transmission- and Martin Clayton produced a brilliant study of the time dimension of rag music. There are also a number of theses written mostly by American tabla students giving accounts of their apprenticeships. The most outstanding works on tabla have been published recently by a few Indian authors from Bombay. These are Arvind Mulgaonkar's indispensable 'Tabla’, Sudhir Mainkar's analytical study 'Tabla vadan kala aur sastra’, and Aban Mistry's 'Pakhavaj & Tabla’. Manuals have appeared in several languages, presenting beginners with fragmentary instruction and compilations of exercises and initial compositions 'for the student'.

The present work, however, offers what is usually not available for the mere price of a book: The exclusive repertoire of one of the most outstanding tabla masters of the Twentieth century - or rather, what he was willing to teach - has been transcribed in a detailed and accessible way, with annotations and comments on playing technique, style and execution. The reader may use the enclosed CDs to listen to the compositions and simultaneously read the transcriptions. All recorded pieces have been played by me. Most of these compositions were taught to me between 1971 and 1995 by my Guruji, the late Pandit Nikhil Ghosh of Bombay. They are traditional compositions of the highest artistic value. Nikhil Ghosh represented the aesthetic ideal of the 'Laliyana gharana' tradition of tabla-playing', named after the birthplace of its preceptor, Ustad Munir Khan. Having learnt from Pandit Jnan Prakash Ghosh, Ustad Amir Hussain Khan; and Ustad Ahmedjan Thirakwa, Nikhil Ghosh devoted the latter part of his life to music education, his pronounced ideal being 'music available to all'. He compared his role as a guru to that of a filter of the vast and varied repertoire. His supreme expertise allowed him to select 'the cream' of all the compositions known to him and pass on only what he deemed fit to survive. His aim being

(a) to improve the quality of the repertoire, and

(b) to relieve the disciple from the burden of this time-consuming process of selection.

The result is the repertoire compiled in this book. The system of notation is based on the one used by Nikhil Ghosh during teaching sessions.

In the following text all titles (pandit, ustad, etc.) have been omitted - not for lack of reverence but for practical reasons.

The copyright covers all aspects of this publication, including the attached CDs. The compositions are traditional and non-copyright. They ought to be played by everybody.

The royalties from this publication will be donated to the 'Pandit Nikhil Ghosh Memorial Award' bestowed by Aneesh Pradhan and Gert-Matthias Wegner as disciples of Nikhil Ghosh. This award is presented to the winners of the annual Akashwani Music Competition held in the tabla category by All India Radio. 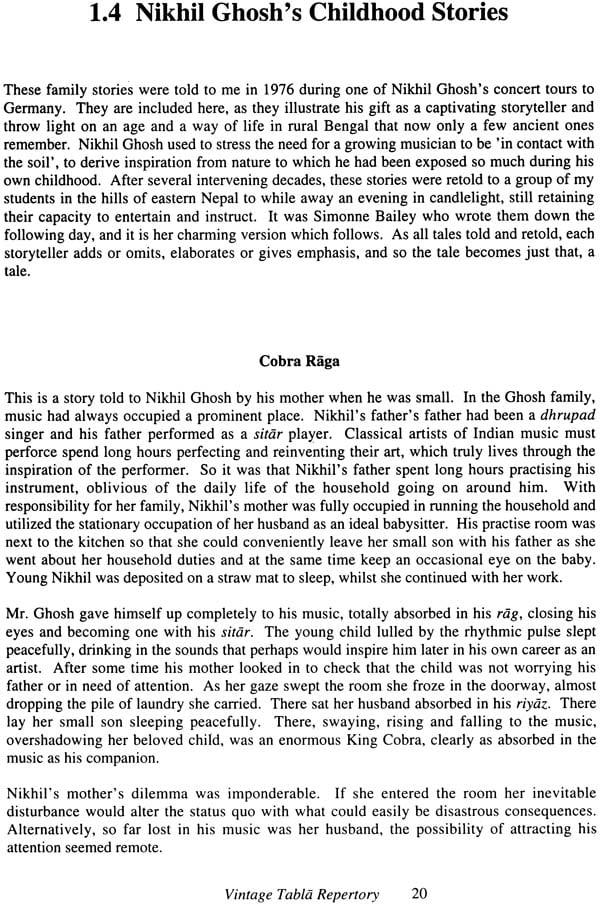 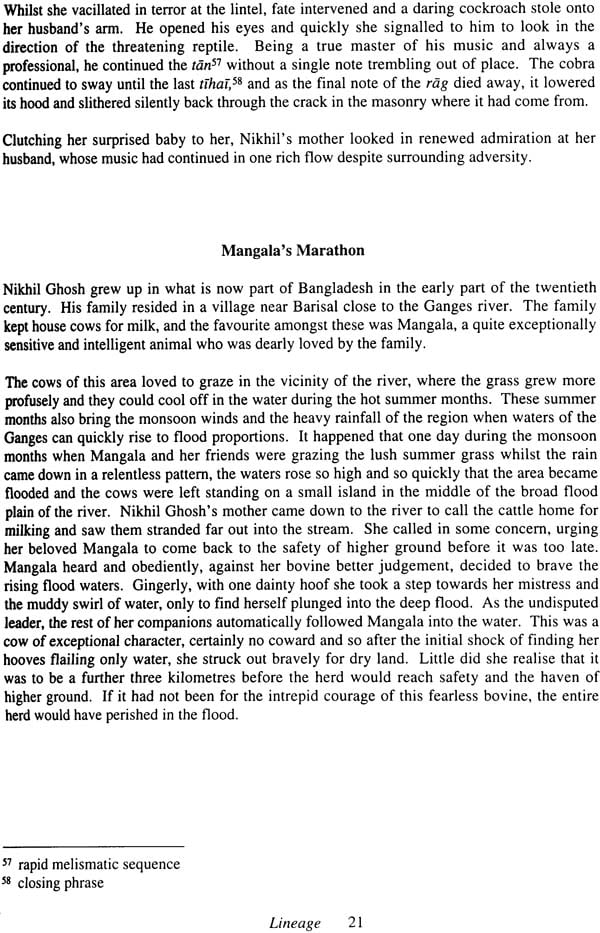 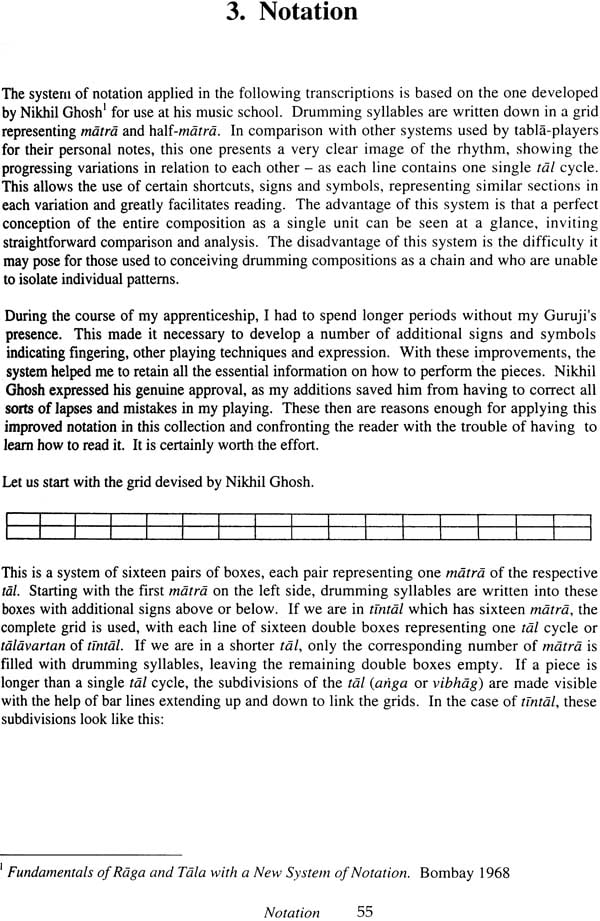 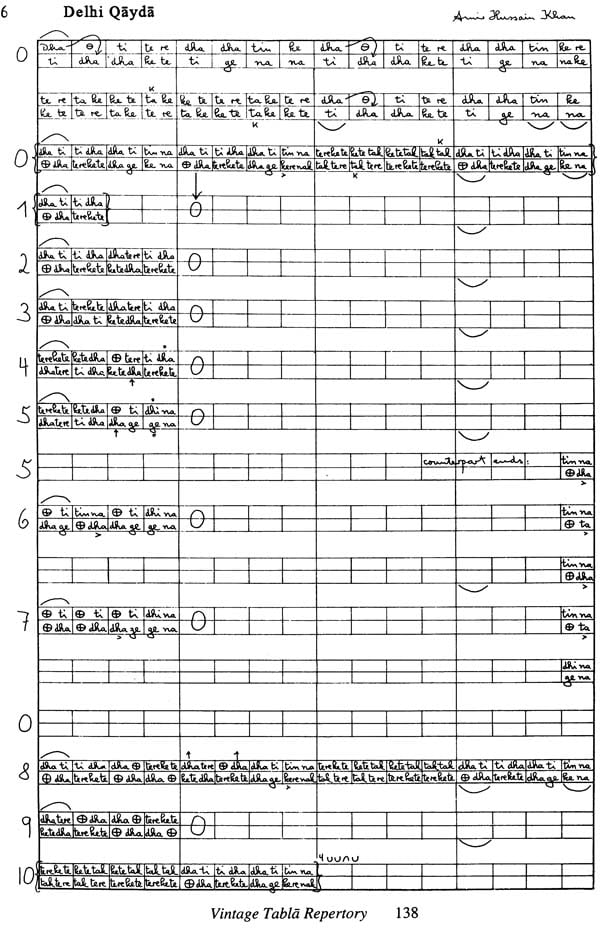 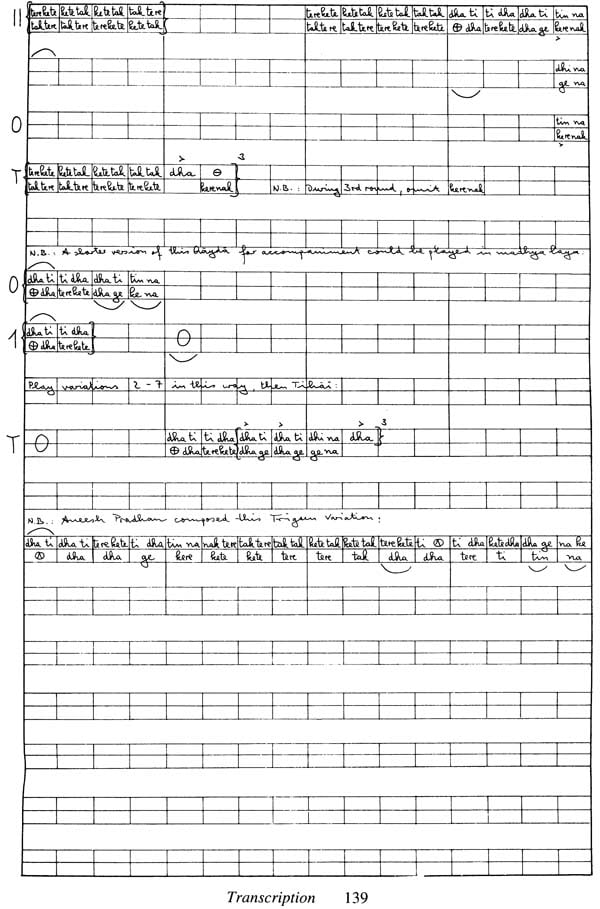 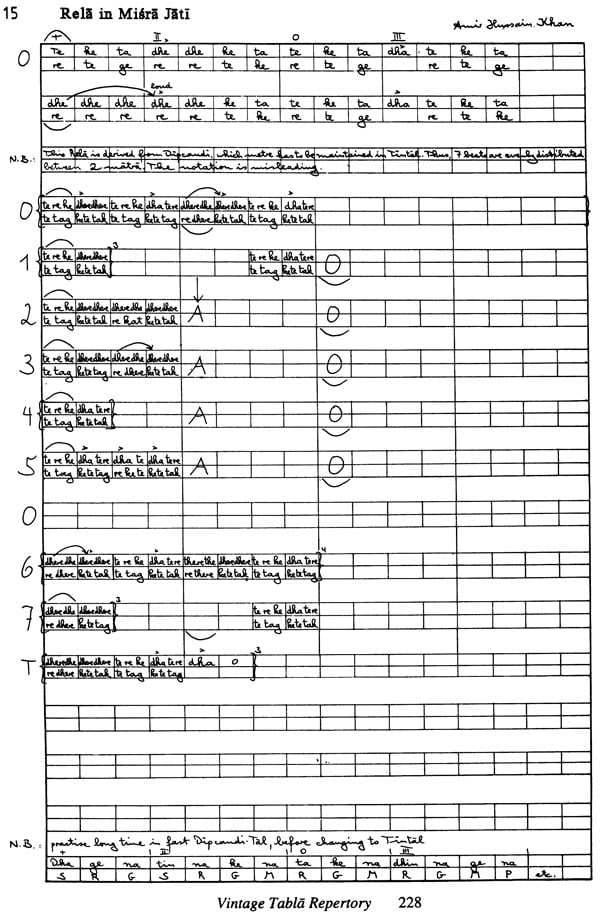 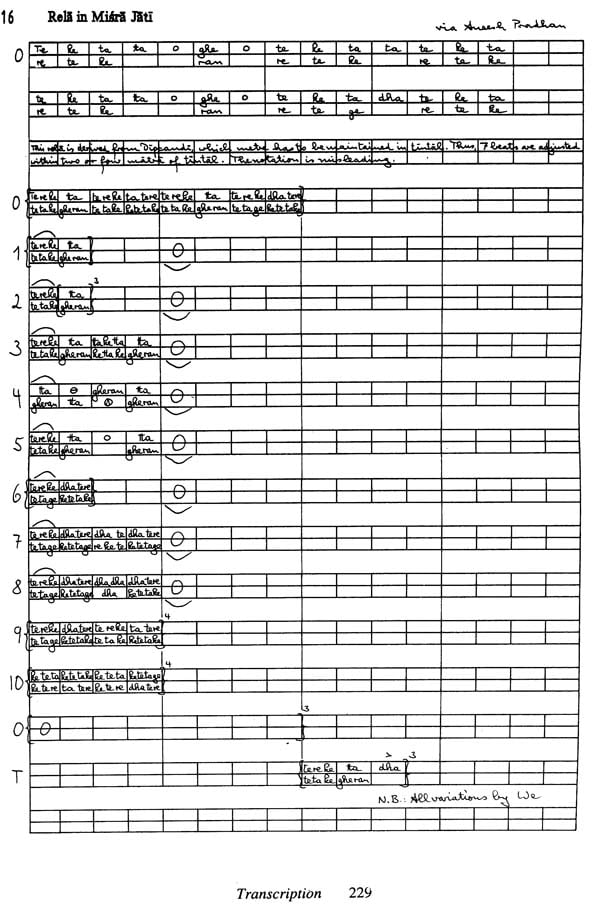 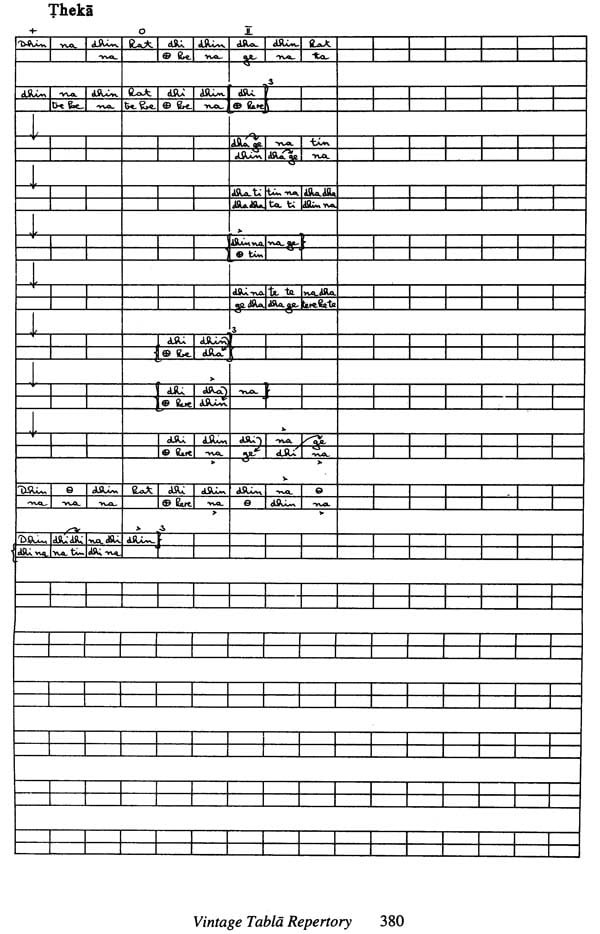 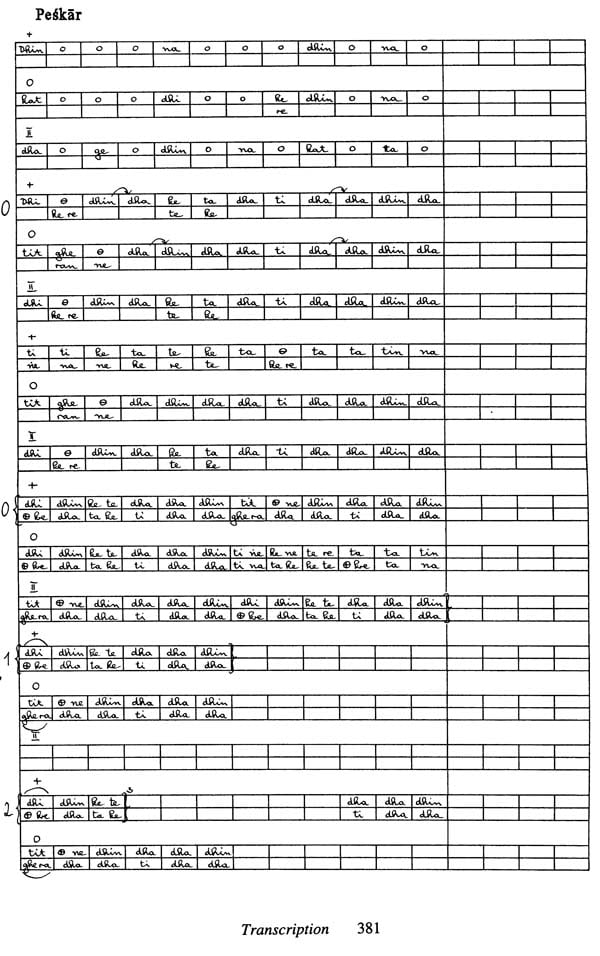 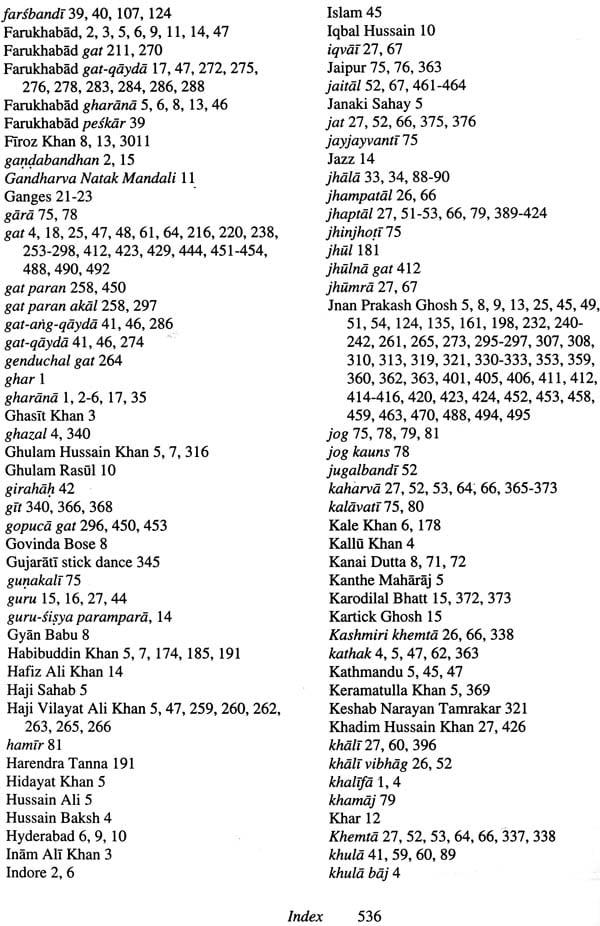 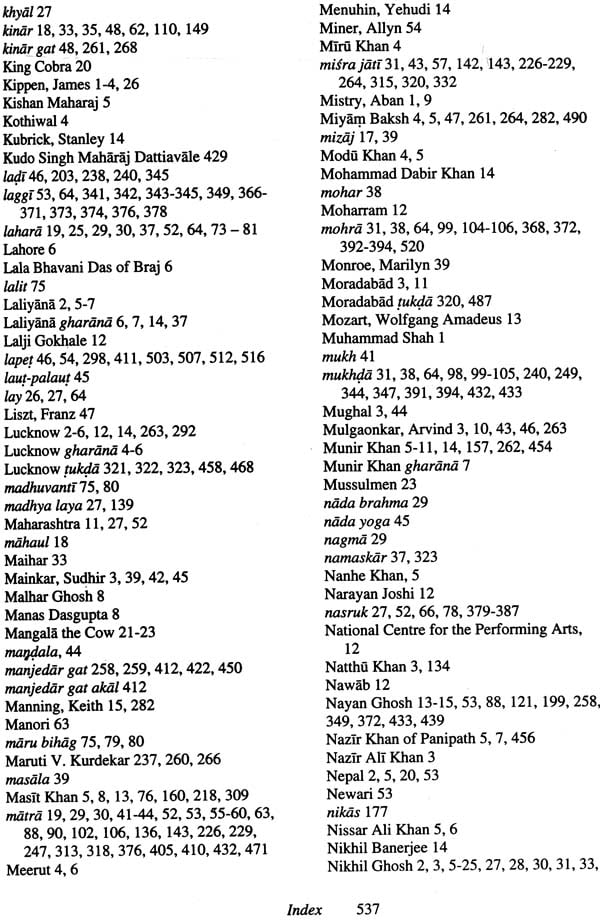 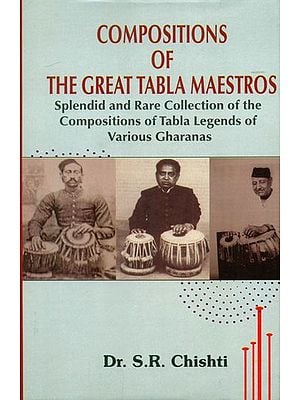 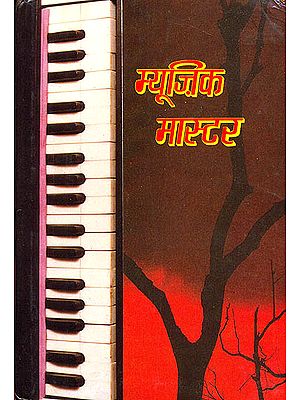 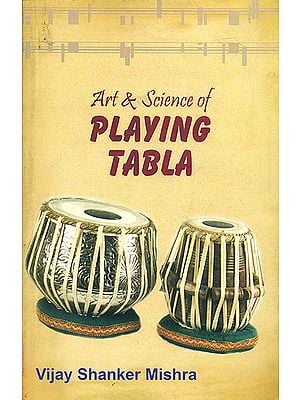 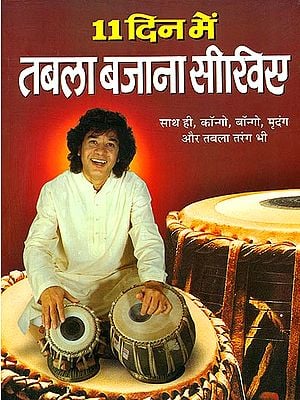 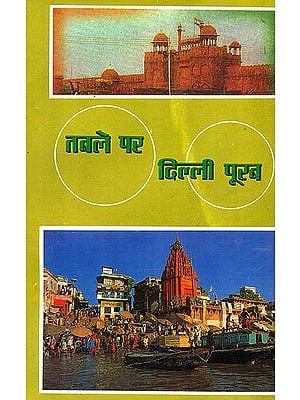 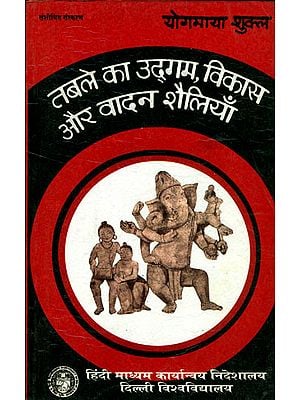 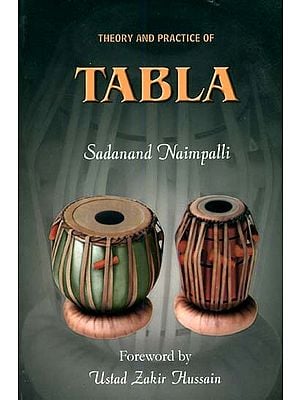 Theory and Practice of Tabla
By Sadanand Naimpalli
$41
FREE Delivery 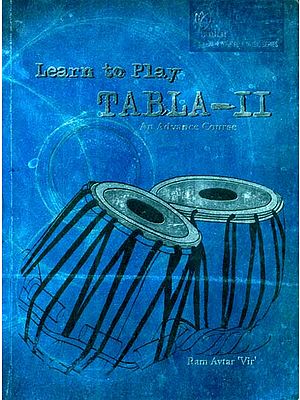 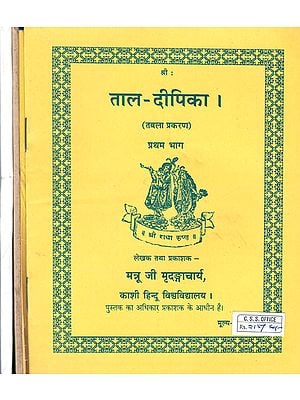