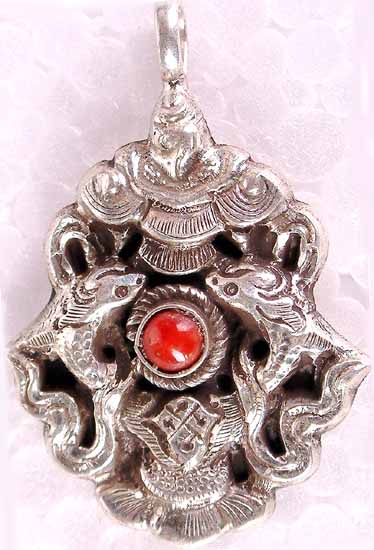 $25.00
Notify me when this item is available
Save to Wishlist Send as E-card Share by Email
This symbol consist of two fishes, which usually appear standing vertically and parallel, or slightly crossed, with heads down and turned towards each other. Originally, in India, the fishes represented the sacred rivers Ganges and Yamuna. As early as the second or third century C.E., they were put on clay vessels. As symbols of good fortune they found their way into the traditions of Jainism and Buddhism. In Tibet, they are found in pictorial representations in connection with the Eight Symbols.