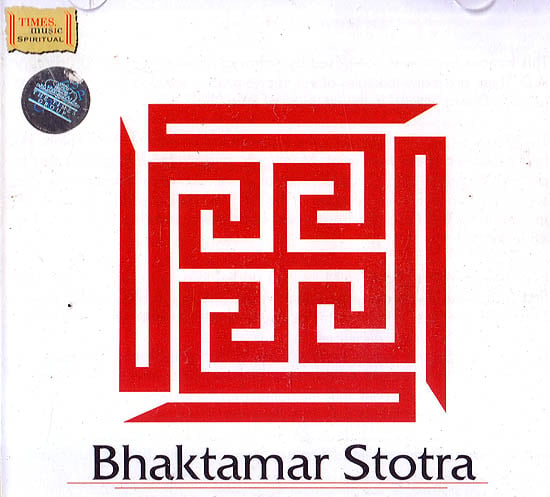 This famous hymn was composed by Acharya Mantunga in the 7th century A.D. There are many folk tales about its origin. The most popular version takes place in Dhara Nagari in the kingdom of Raja Bhoj.

The king was very impressed by the supernatural powers of many saints. He heard about a great Jain, Saint, Mantunga, and invited him to his court to perform a miracle using his supernatural power. Acharya Mantunga did no such thing since it is discouraged in the religion. He closed his eyes and sat in Samadhi. The raja got angry and had him chained & imprisoned in 48 locks.

In a peaceful state Acharya Mantunga started to pray to Lord Adinath the first Tirthankar. As he composed each verse one lock broke and fell down. Thus 48 verses were composed and 48 locks were broken.

The bhaktamar Stotra is one of the most popular Stotras in Jainism. It was composed by Acharya Mantunga in the 7th century A.D. Admired for the beauty of its lyrics composition and the depth of devotion there is a universal belief that the 48 verses of Bhaktamar Stotra have mantra like properties.