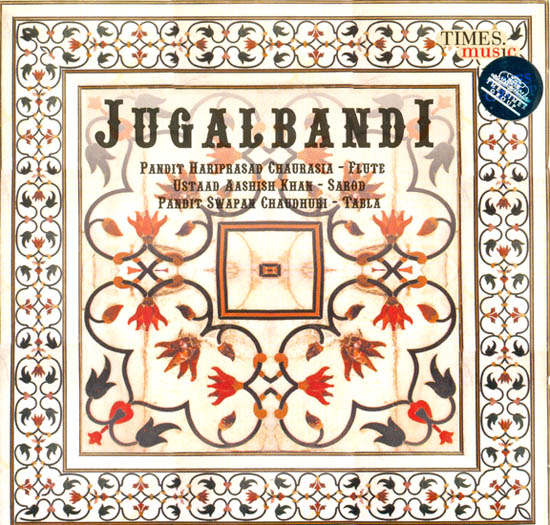 Hariprasad Chaurasia
Pandit Hariprasad Chaurasia has been amongst the few Indian classicists who have made a conscious effort to reach out and expand the audience for classical music the world over. As a musician, Hariprasad Chaurasia is a rare combination of innovator and traditionalist. He has significantly expanded the expressive possibilities of classical North Indian flute playing through his brilliant technique and unique adaptation of alaap and jod. In 1984, in recognition of his outstanding contribution to music, he was felicitated with the National Award of the Sangeet Natak Academy, followed by the Padma Bhushan and Konarak Samman in 1992, the Yash Bharati Sanman in 1994 and the Padma Vibhooshan in 2000. Pt. Chaurasia's international tours include recording with big artistes like John McLaughlin to Jan Garbarek. Apart from classical music, he has made a mark as a Hindi film music director along with Pt Shivkumar Sharma forming a group called Shiv-Hari.

Aashish Khan
Ustaad Aashish Khan has a long distinguished tradition in Hindustani music. Besides his virtuosity as a traditional sarodist, Aashish Khan pioneered in the establishment of the world music genre, as founder of the Indo-American musical group "Shanti" in 1969-70 and later a fusion group, "The Third Eye". He was the first to write a Sarod Concert in the "raga" form. With Pandit Ravi Shankar, he has worked on many musical projects for both film and stage, including Satyajit Rays's "Apur Sangsar" "Parash Pathar" and Sir Richard Attenborough's film "Gandhi". Aashish Khan has collaborated with diverse Western musicians and produced recordings like: The Wonder Wall, Young Master of the Sarod, California Concert, Sarod and Piano Jugalbandi, Shanti, Live at the Royal Festival Hall- London, Homage, Inner Voyage, Monsoon Ragas, The Sound of Mughal Court, and the latest Jugalbandi Sarod & Sarangi Duet. In 1989, Aashish Khan was appointed to the prestigious post of the Composer and Conductor for the National Orchestra of All India Radio, New Delhi, succeeding musical starwarts like Pandit Ravi Shankar and Pandit Pannalal Ghosh.

Swapan Chaudhuri
Swapan Chaudhuri is a phenomenon in the arena of Indian classical music. His music is the spontaneous expression of powerful emotions displayed through his expertise of tabla vadan. His ingenuity has ushered in a purely new style of tabla playing. It is undoubtedly through his clarity and elegance of performance both as an accompanist and as a soloist that he has achieved such fame throughout the world as a true master of tabla. As a soloist and accompanist Swapan Chaudhuri has travelled throughout Europe, North and South America and Asia accompanying maestros such as Pandit Ravi Shankar, Ustaad AIi Akbar Khan, Pandit Nikhil Banerjee, Ustaad Amir Khan, Ustaad Vilayat Khan, Ustaad Aashish Khan, Pandit Bhimsen Joshi, Pandit Jasraj, Dr. Balamurli Krishna, and other eminent artistes. In addition, he has produced numeric recordings, including his own tabla solo and video tapes and has also appeared extensively on television and radio.

Jugalbandi records the Mega Concert organized and produced by Abir & Avra Banerjee of Inner Voyage Communications at Science City Auditorium, Kolkata on 8th July 2006. Hariprasad Chaurasia, Aashish Khan & Swapan Chaudhuri performed at the concert and captivated the hearts of all the music lovers present. For the first time in history of Classical music, a concert featured a duet combination of Sa rod & Flute. This program also had its uniqueness and exclusivity of having the finest flag bearers of Maihar Senia Gharana, the foremost and best disciples of Smt. Annapurna Devi. The concert was a grand success and created ripples across the city.