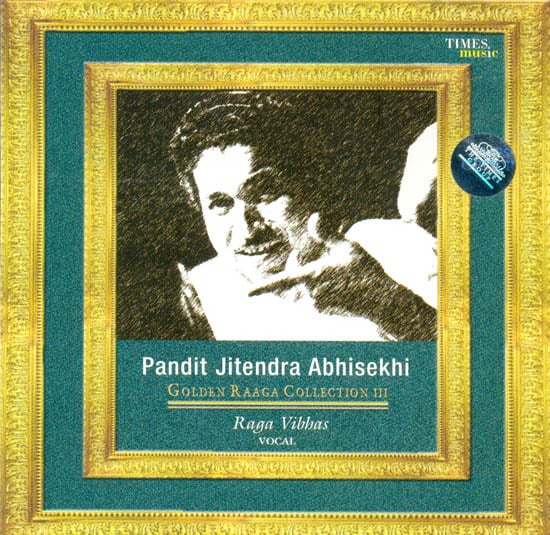 The son of the head priest of the Mangeshi Temple, near Ponda in Goa, Pandit Jitendra Abhisheki was born in 1932. He received his classical training under Pandit Jagannnath Purohit. Starting upon his career as a vocalist, Pandit Abhisheki was influenced by both the immense tradition inherent in Indian classical music as well as tha scope it provided for modern innovations. He gave fill rein to his creative abilities by not only blending traditional ragas with new compositions, but also by introducing the western operatic style to the Marathi theatre. He single-handedly revived the natya-sangeet movement in Indian theatre in the late 1960s with his musical productions such as “Matsyagandha”, “Katyar Kaljat Ghusli”, “Yayati Ana Deuyani” and “Lekure Udana Jahali”. Pandit Jitendra Abhisekhi is considered to be one of the foremost exponents of the JKaipur-Atrauli Gharana today. He has also nurtured many talented disciples-Asha Khadilkar (who has made her name in classical and semi-classical music), Ajit Kadkade (very popular in Goa for Semi-Classical, devotional music) and his own son- Shaunaq Abhisheki. Panditji passed away in 1998, at the end of a brief illness. He was 66.

Raga Jai Jai Bilawal
A blend of Raga Jai Jai Wanti (a night raga) and raga Bilawal (a morning raga), the creation of this unusual raga is attributed to Ustad Allah Diya Khan Sahib, the founder-doyen of the Jaipur – Atrauli gharana. The performance of this very uncommon and rare raga is almost exclusively restricted to the members of the Jaipur-Atrauli Gharana. Presented thus in the current album is a rare performances of Raga Jai Jai Bilawal by Pandit Abhisekhi.