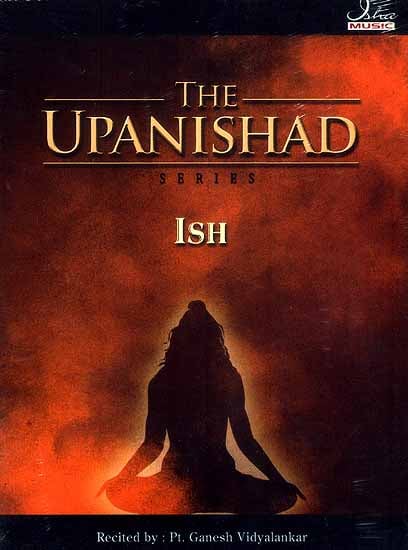 The Ish Upanishad is contained in the final chapter of the Shukla Yajurveda. It consists of 17 two-line verses covering a wide spectrum of philosophy, religion, ritualism and metaphysics in a concise manner who has the capacity to know everything infinitely, including everything that can be known about a character such as his/her thoughts, feeling, fears desires etcetera.

The Ish Upanishad is significant amongst the Upanishads for its description of the nature of the Supreme as the controller of our universe.

“He who is formless, omniscient, beyond reproach, pure ad uncontaminated’ (verse 8).

In this way the Upanishad gives a number of descriptions of the Supreme.

The later verse take the from of a series of prayers requesting that the speaker be able to see past the supreme light in order to understand the true nature of the Supreme and be freed of the sins of past misdeeds.

The Ish Upanishad is also called the Ishavaasyopanishad. It derives this name from the first word of the first verse, which reads,

Swami A.C. Bhaktivedanta Prabhupada has very succinctly given the meaning of this verse as thus.

“Everything animate or inanimate that is within the universe is controlled and owned by the Lord. One should therefore accept only those things necessary for oneself, which are set aside as one’s quota, and refrain from accepting other things, knowing full well to whom they truly belong.

In other words, ‘This universe is enveloped by the Lord”. This explanation is what forms the gist of the Ish Upanishad.