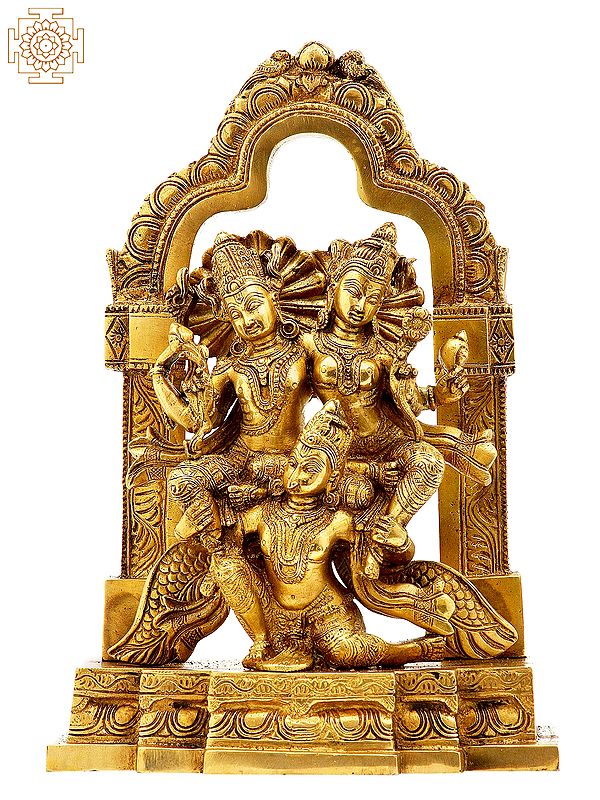 12" Lakshmi-Narayana on Garuda In Brass | Handmade | Made In India

This magnificent metal-cast represents Vishnu and Lakshmi riding their vehicle Garuda. Vishnu, the Vedic god of sacrificial rituals, came to be Narayana, when 'puranas' associated with him his Shakti, namely, Shree or Lakshmi, who bestowed wealth and fortune. Vishnu as Narayana, the patron of 'Naras', or men, which in its broader sense stood for all created beings, was more resplendent when associated with Lakshmi for she patronised growth while he offered protection. By the time of 'puranas', much ahead of Vishnu, Lakshmi-Narayana became the divine foundation of human society in India.

In this representation out of four only three of Vishnu's hands are visible. His own role as protector has been symbolised in visual representation by his 'chakra' , the wheel and that of Lakshmi, or Shree by the lotus, which variedly appears in Vishnu's as well as Lakshmi's iconography. This Vishnu image carries no 'chakra' but instead a lotus in his fore-arm. He has his usual head-dress or crown but it is exceptionally flanked on sides by a couple of lotuses. This depicts that he prides in making his being the abode of Lakshmi. In this representation, as in a number of legends, Lakshmi pre-dominates this Lakshmi-Narayana form of Vishnu, for unless Lakshmi preceded, Vishnu would not be Lakshmi-Narayana.

The artist has meticulously worked for representing his Lakshmi and Narayana, Vishnu and his spouse, in their most accomplished deity-form. Lakshmi holds Vishnu in her clasp and sits on his thigh but far from being amorous it is a sublime posture. He placed behind the deities a massive and architecturally sculpted fire-arch which culminates on its apex into a lotus finial flanked on sides by two beautiful parrots. It bears a shrine's look and not only enhances artist's votive vision but also provides to the total representation a most appropriate aesthetic frame as well.

The lotus platform, which houses the deity images, has been cast like a 'vedika' consecrating the presiding deity in a sanctum. Except for a beak- like pointed and protruded nose and his large wings Garuda is in human form and symbolises man's devotion to the deities. It is a small brass-piece, but the artist has effected in it unique synthesis wherein the stylistic elements of Chola bronzes - precision, accuracy, finish, minuteness of details, sharp features and emotionally charged faces and the ornamentation and embellishment of Nepalese art, blend in full fusion.

Lord Vishnu with Lakshmi on Sheshnag (Folk Painting from Orissa) 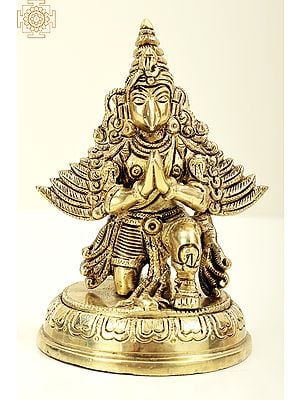 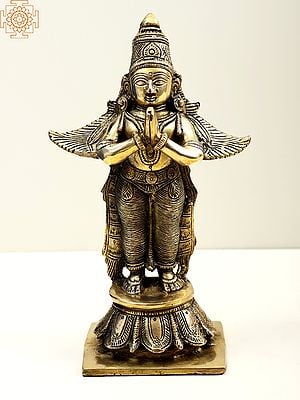 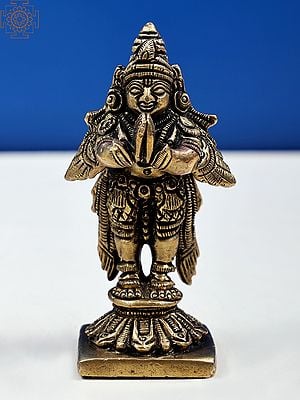 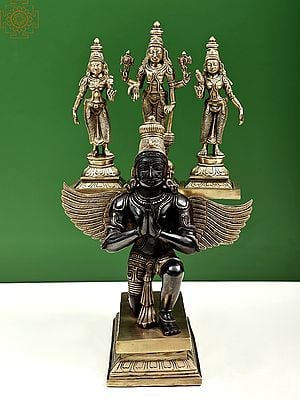 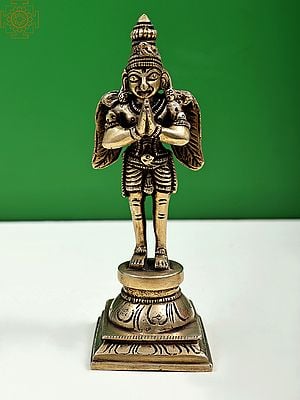 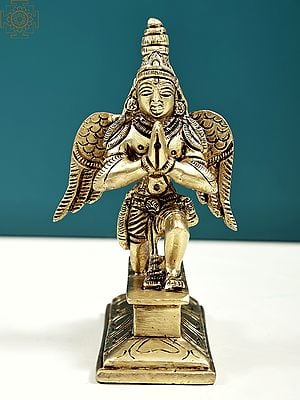 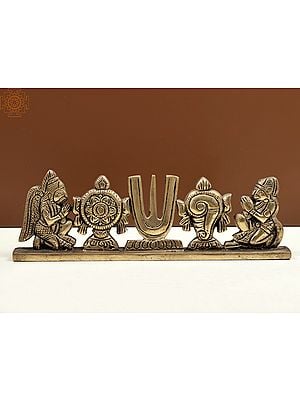 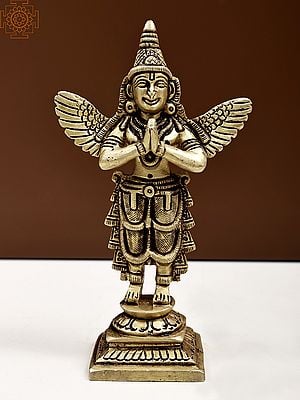 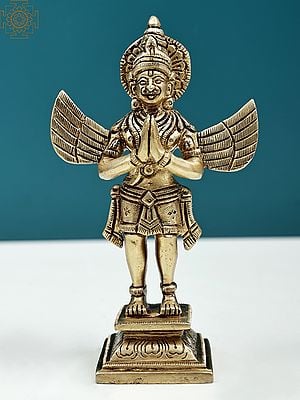 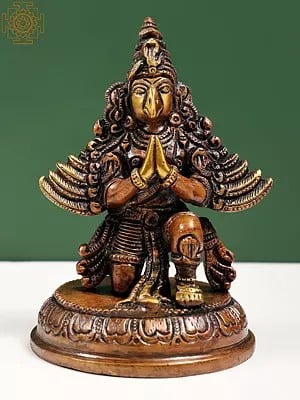