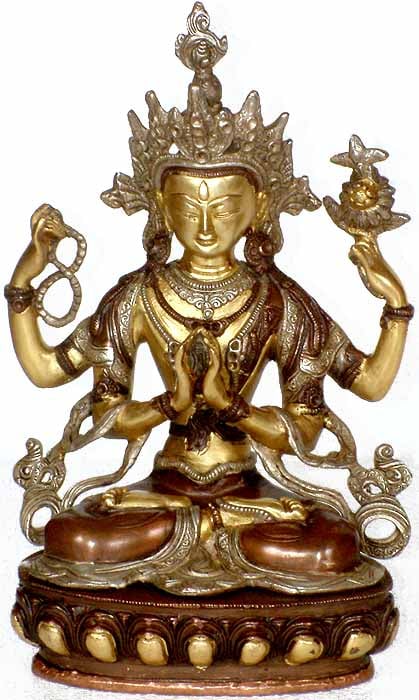 In Tibetan iconography, the bodhisattva Avalokiteshvara has three principal forms:
1). With two arms, known as Padampani (lotus-bearer) Avalokiteshvara.
2). With four arms, as in this sculpture, known as Chenresig.
3). With one-thousand arms and eleven heads, known as Sahsrabhuja Lokeshvara.
This typical image of Chenresig holds in its rear hands the stylized Buddhist lotus of wisdom and a rosary of rudraksha beads. The rosary, associated primarily with Shiva, here represents the practice of continuous mantra-recitation or japa, during which the beads are counted, each standing for a seed syllable or an invocatory mantra. The two front hands are joined, palms together, against the chest in the namaskara-mudra of paying homage. The legs are folded in the cross-legged yogic mudra of meditation.

Avalokiteshvara's head is adorned with a five crested crown, representing the pentad of Dhyani Buddhas. A large flame-like protuberance swirls up from his head. This is a symbol of wisdom. The auspicious petals of his lotus seat have been marked with gold as has his body, being a tribute to the compassionate radiance of this deity. His garments melt and form a pool at his feet, paying their own homage to Chenresig who is undoubtedly one of the most popular gods of Tibet. The profusion of jewels adorning him too acknowledge his exalted status. 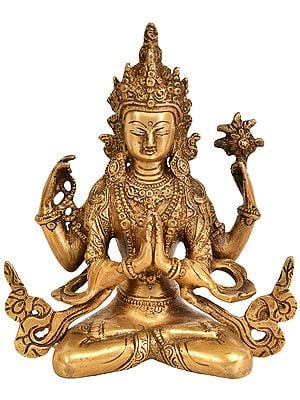 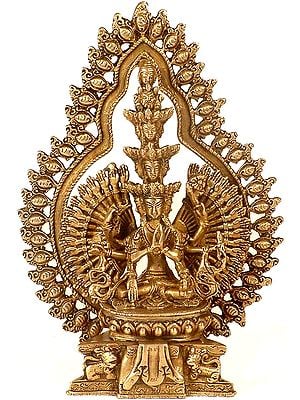 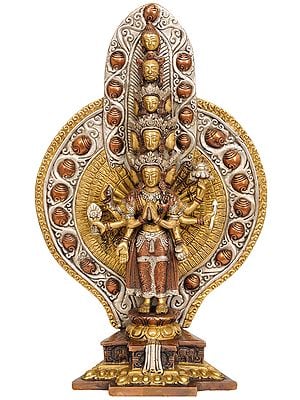 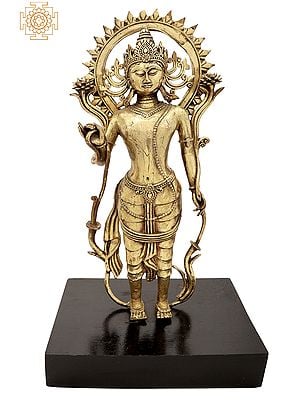 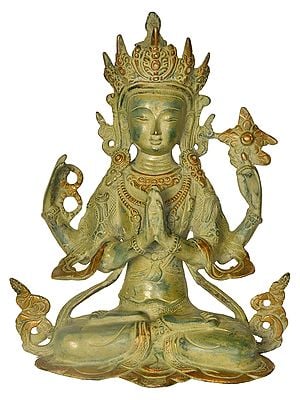 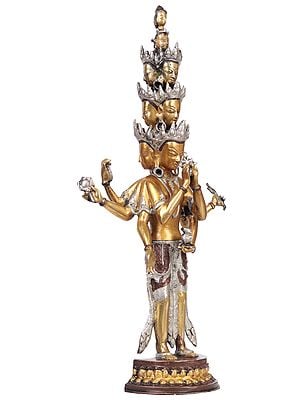 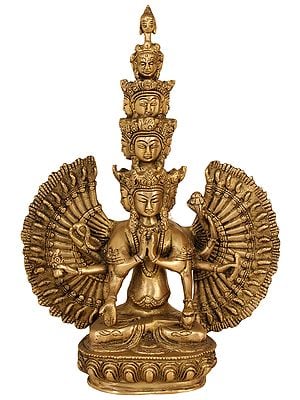 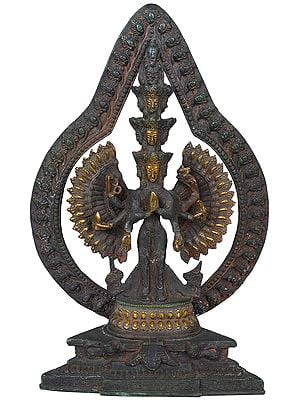 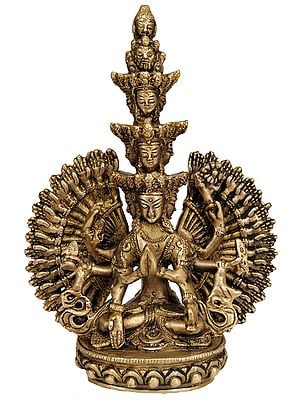 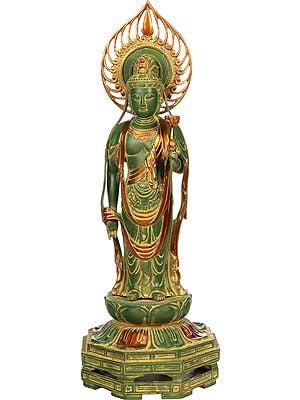