Inactive or Active: Karma According to the Bhagavad Gita

This article by Nitin Kumar

﻿The Bhagavad Gita is indeed the utmost authority on Karma, addressed as it is to Arjuna, a Karma Yogi of the highest order. Actually, for those us circulating in the Karmic cycle, it is extremely important to understand the nuances of Karma, not only to be able to navigate the cycle efficiently, but also more critically, to understand when and how to get off the cycle. 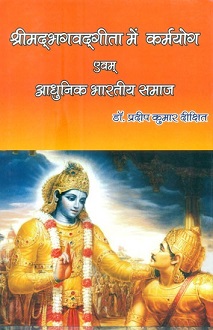 Towards this end, the Gita says that the subject of Karma is extremely mysterious and difficult to comprehend, and to get a thorough understanding of it we need to first understand the three types of Karma (Gita 4.17):

Correct Action is the Karma enjoined by the Vedic scriptures, keeping in view our station and stage in life (Varna-Ashrama). That correct Karma can be gauged only through the scriptures (Shastra) is amply brought out by Lord Krishna in the Bhagavad Gita:

"The scriptures are the authority in determining what’s right and wrong for you. You should perform Karma only after knowing what is mentioned in the scriptures for you." (16.24)

"The one who, leaving aside the command of the scriptures, does as he pleases; such a person neither attains pleasure in this life, nor is able to achieve the ultimate goal of human life." (16.23)

The scriptures divide right action into the following subcategories:

a). Nitya Karma: Obligatory Karma to be performed daily; like Sandhya (meditation on the sun using the Gayatri mantra), and also our daily Puja etc. 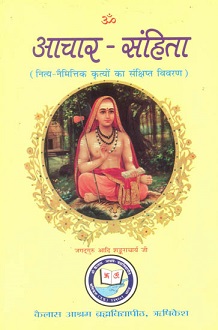 b). Naimittika Karma: Actions to be performed whenever the situation may arise, like bathing after an eclipse, or feeding Brahmins on the death anniversary of our ancestors (Shraddha).

c). Kamya Karma: These are actions prompted by certain desires; like a Yajna performed to obtain an offspring (like the one performed by king Dashratha in the Ramayana).

After thus delineating the nature of ‘correct action’, the Gita then sets out to describe the Karma that is to be avoided (Vikarma). Quite logically, this means Karma which is prohibited by the Vedic scriptures. This again depends on our station/stage in life, and what could be a positive Karma for one could be forbidden for another.

For example, during student days (Brahmacharya), physical relations between the two genders is absolutely forbidden. However, it is exactly the opposite for a householder. The latter has to have relations with his wife, and not doing so is considered a great sin.

Then finally, the Gita brings to our notice the nature of A-karma, or the lack of Karma. This means sitting quiet, in a state of inactivity. This defines most of what goes on in the name of meditation today, where the body may be stilled for certain moments but the mind never is. Can meditation be possible for us who carry our cell-phones even to the Satsangas? Thus for the majority of us, meditation is not an option at all, rather we have to pursue the constructive and creative activities of self-development, known as ‘correct action’ or Karma. 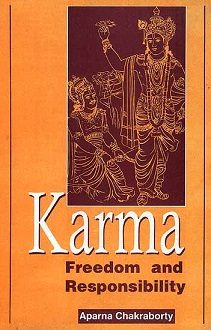 It is obvious that giving up actions forbidden by the scriptures is the first step a Sadhaka needs to take. What is less obvious is the relation between Karma and Akarma (inaction). The next verse of the Gita gives an intriguing answer:

‘The truly wise person is the one who sees inaction in action, and action in inaction.’ (4.18)

To understand how we can see inaction in action, let us take an opposite example first, that of a passenger in a moving train mistaking the trees outside as moving in the opposite direction. Here motion is attributed wrongly to something which is motionless. Action is seen in inaction, due to our ignorance.

Thus it is seen that actions and inactions in nature do not always present themselves in their true perspective. The characteristics of the one are often imposed on the other due to ignorance. This is the mistake we too make due to our Avidya (ignorance); i.e. we impose the actions performed by our body, mind etc. on our own Self, the Atman. The Self however is not the doer of any action. 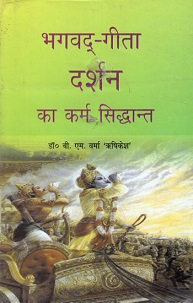 Remember, action is the inherent characteristic of Prakriti (Maya) and inaction in the Atman. The one who ‘truly sees’, realizes that in essence one’s own self is never the doer, but it is only the qualities (Gunas) of Prakriti which are interacting with each other. Thus says the Gita:

There is a kinship between the senses and their respective objects. They are both modifications of the same Gunas of Prakriti. Consider the example of fire for instance. It is formed of its own combination of Gunas. These same Gunas take one form as the sense of sight and another as the object of sight. It is only because of this sameness in their nature that sense experience is possible. This is true for all our sense organs making it possible for action to take place. 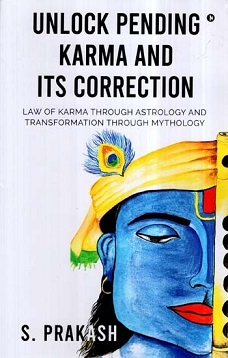 The Atman however remains unaffected by these transactions, just like the sky, which remains unaffected by the coming and going of clouds. The one who understands this is able to remain detached even as the world of Karma operates unsparingly around him. This thoroughly explains the attitude of the wise man when he ploughs the field of action. Attachment finds no place within him because of his constant discriminating understanding that in all activities, it is not his true self that is operating, but rather it is Prakriti interacting with Prakriti, enabling him to remain a mere detached spectator, rather than carry on himself the burden of any ‘doership.’

Thus seeing inaction in action means realizing that our Supremely Pure Atman is always inactive, even though the physical world may always seem entangled in action.

The second part, of seeing action in inaction, refers to the individual who thinks that he is sitting quietly, in meditation or otherwise, believing himself to be happy because he is free from Karma, and thus thinking erroneously that: "I am sitting here quietly and enjoying myself, free from the labors of Karma." 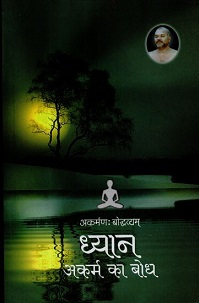 However, a true and intelligent man can discover in himself that even in physical inaction there can be intense mental and intellectual activity, the least of which is superimposing on the Atman the activity performed by the body. The same person, his mind cleansed by the performance of ‘correct action’ prescribed in the scriptures, can eventually come to recognize that he, even in the midst of most intense activities, is a mere observer, reveling in inactivity (A-karma). This indeed is the highest goal of human life. 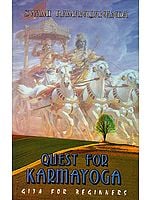