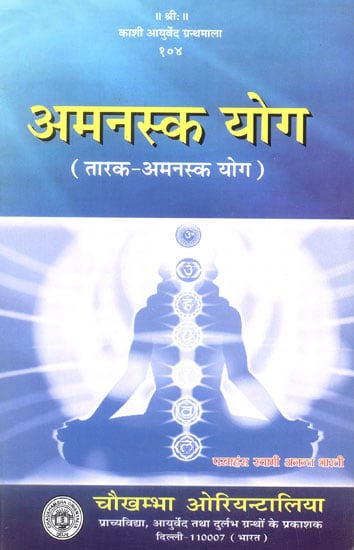 The Yoga-shastra in its well systematised form is found in 'Patanjali Yoga-shutra'. Though it may perhaps be not impossible, however, it is rather very difficult to say categorically, as to when and how the Yoga-shastra came into existence and who was its founding-father. It is, however, accepted in general that Bhagwan Shankara was Aadi Guru (the first Preceptor) of Yoga-shastra. In most of the works' on Yoga-shastra, composted in sanskrit verses (slokas), we find Lord shiva as the Preacher and His consort Maha Devi Jagadamba Parvati as the principal pupil in audience. In some places we find Bhairava as the main listener. The works like Shiva Samhita, Gheranda Samhita etc. stand in testimony. In 'Amanaska- Yoga' we see that Vamadeva prays to Ishwar (Shiva) to bestow upon him the knowledge of Jivanmukti (liberation) and granting his request, Shiva preaches him the Amanaska Yoga'. In 'Yoga-Shikhopanishad' and 'Yoga-Bija', Parvati herself puts this question before shiva.1

In the same way in Dattatreya Yoga-shastra, Dattatrya, who is considered as 'Vishnu', is the propounder of Yoga-shastra and Sankriti is the listener (pupil).1 Lord Shri Krishna, the teacher of Bhagawad Gita to Arjun is incarnation of Lord Vishnu. Shri Krishna has been proclaimed as 'Yogeshwai' (the Lord of the Yoga) in Gita.2 Each chapter of Gita has been named as a specific yoga according to the subject-matter discussed therein, as mentioned in the colophon given at the end of each chapter. The author of the exposition on It he commentary on Patanjali's Yoga-sutra of vyasa', indicates that the propounding father of the Yoga-shastra is none other than 'Hiranyagarbha.3

From the facts mentioned above we can simply say that, at least for the present, it is not possible to say as to who was the founding father of Yoga-shastra. Right from the beginning of the evolution of Human-conciousness in human beings, the Yoga- shastra and its concept has started.

Dattatreya-Yoga-shastra, which is considered to be a work on yoga belonging to vaishanava tradition, describes four branches of yoga namely Mantra yoga, Laya yoga, Hatha yoga and Raja yoga (Ashtanga yoga) and accepts Adi Nath as the propounder of Lay a-yoga, stating that Adi Nath was Shiva Himself.4

In the Dattatreya Yoga-shastra, after describing the Ashtanga yoga (Raja-yoga), it has been stated that the Ashtanga yoga is the Kavi-marga-the path prescribed by Shri Shukracharya.5 The great sage, Kapil has been accepted as the founder-the preceptor-preacher of the Hatha Yoga.1

In the aphorismsutra 3 to 28. Chapter-I2 of Patanjali Yoga-shastra there is clear indication of Mantra yoga or the Mantra Japa, wherein it has been prescribed to repeat the name of God, 'Om', and meditate on its meaning. On this basis it will not be incorrect to say that the Mantra-yoga was prevalent even before Pantanjali's period, having established itself as an independent branch of Yoga-sadhana. It may however be pointed out that Dattatreya Yoga-shastra, inspite of accepting Mantra-yoga as an independent branch of Yoga-sadhana, does not hold good opinion about it as the system of Mantra-yoga has been described as Adhama-yoga (the yoga of the lower category) and those who practice that yoga have been considered as Adhama sadhaka (the sadhakas of low category).2

From the above historic facts there should be no hesitation in accepting the great antiqueness of the Yoga-shastra and its different branches like Mantra-yoga, Laya yoga, Hatha yoga etc. which were so widely prevalent that it appears to be an impossible task to trace the history of origin of yoga. It is perhaps the reason that the devotees of Lord Shiva and Lord Vishnu have attributed the credit of being the founding-father-the propounder-preceptor of yoga shastra to their respective Lord worshipped by them.

In huge Sanskrit literature, the works published on yoga brach are very little in number. Throughout ancient times yoga has been considered as a strictly secret subject to be tought only to a deserving disciple. But now time has come to uneveil the obscure literature of this occult sciene to popularise this knowledge in the interest of humanity.

Yoga Samsthana Prakashana has determined to publish these rare text along with translations in English Hindi and other Indian languages. The manuscripts of the following works has been procured:-

The first two out of them had been published by us in previous years. We are deeply indebted to our readers who have shown were keen interest in our publications. We hope that this work Amanaska Yoga alongwith Hindi English translations, will be greeted with same enthusiasm, some other text on Yoga with Hindi and English translation and some original works on Raja-yoga and Yoga Therapy are ready and will be brought out soon.

We are Very greatful to Shri Bajrang Singh, who accepted our request and translated this work into English. We hope it will be very useful to them who wants to get the straight way for Yoga-Sadhana to reach the goal of their life. 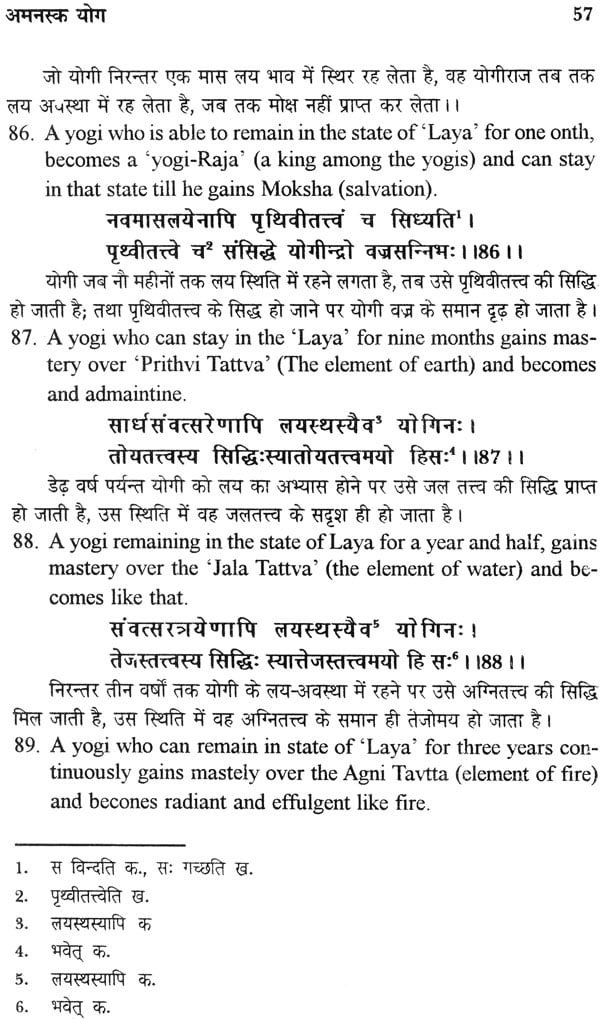 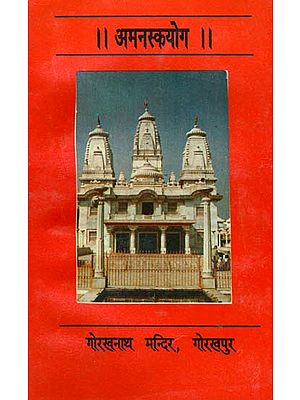