Mark Tully and Satish Jacob, who ran the BBc’s bureau in Delhi, here trace the long build-up to the storming of the Sikh stronghold, the shifts of power within the Sikh community and the efforts of central government both to utilize and control them; the rise of Bhindranwale-initially put forward by then President of India Zail Singh and Mrs Gandhi’s own son Sanjay-whose extremism placed a wedge between Sikh and Hindu, Sikh and Sikh and the Punjab and India; the indecisiveness of Mrs Gandhi, who paid for the catastrophic aftermath of the operation with her life.

In their vivid and well-documented account of historical and political events, Tully and Jacob bring the Sikh tragedy into focus from many arresting angles. They were the first to film the fortification of the Golden Temple. They met Bhindranwale, his military mastermind Major-General Shahbeg Singh and many of the other central characters in the drama. They gathered eye-witness accounts from every quarter to fill in this remarkable picture of what occurred and present their thought-provoking analysis with eloquence.

Mark Tully, who talked to Bhindranwale the day before the final curfew was clamped on Amritsar and was ordered out of the Punjab by the army on the day Operation Blue Star began, was presented with the 1984 Richard Dimbleby Award given by BAFTA for the Most Important Personal Contribution on Screen to Factual Television and the 1984 Award of the British Television Critics Guild for Outstanding Personal contribution. In writing this book he and Satish Jacob have extended what began as brilliant news coverage into a work of great historical importance.

Born in Calcutta, educated in England, Mark Tully joined the BBC in 1964 and in 1972 became Chief of the Bureau in Delhi. Among the many major stories he has covered are the Bangladesh War, Mrs Gandhi’s Emergency, the execution of Bhutto and the Russian Occupation of Afghanistan. He is now retired from BBC and stays in Delhi.

Satish Jacob was born in Delhi, began his journalistic career with the Statesman, worked in Ethiopia for eight years, and joined the BBC to work with Mark Tully in 1978. He recently retired as Deputy Bureau Chief of the BBC in Delhi after having worked for the Corporation for 26 years. During this eventful time, he and Mark Tully made the BBC’s Bureau in Delhi a household name in India. Jacob broke the story of Mrs Gandhi’s assassination to a stunned nation on 31st October 1984. However, Jacob considers his coverage of the US led war to topple Saddam Hussein to be the most moving assignment he has ever done. He was the only Indian correspondent stationed in Baghdad then. He is currently doing a TV series on the history of Old Delhi.

Preface to the Indian Edition

The publication of an Indian edition gives us the opportunity to tell the Punjab story up to the elections, to bring it to what we hope will prove to be a happy ending.

On 20th August 1985 Sant Harchand Singh Longowal was shot dead in a guruwara near his home village. His death threatened the accord he had signed with the Prime Minister, Rajiv Gandhi. Longowal was liked by young Sikh fanatics who wanted to prevent a reconciliation between their community and Hindus. Part of the establishment in Delhi who felt threatened by Rajiv Gandhi’s modern style of government was not unhappy at this apparent setback. The Times of India, for instance, saw the assassination of Longowal as evidence of the need for “political skills of the highest order and not what the Americans call ‘knee-jerk’ reactions and public relations exercises.”

Rajiv Gandhi ignored the advice of the armchair pundits in Delhi and accepted the assurances of Governor Arjun Singh that elections to the Punjab Assembly and the Punjab Parliamentary constituencies could and indeed must still go ahead. The Governor told me in an interview that the assassination of Longowal had “shocked the vast majority of Sikhs”. He believed it had “strengthened their desire that the accord should work”. He realized that Sikh extremists would still attempt to disrupt the elections and that not even the one hundred and fifty thousand extra paramilitary police drafted into Punjab could guarantee that there would be no terrorism. As he said, “In the end we can only fold our hands in prayer”. The Governor’s prayers were answered. The elections were remarkably peaceful. The Akalis, for the first time in their own. Once again India had voted itself out of a crisis as it had done eight years earlier when the electorate rejected Mrs. Gandhi’s Emergency.

Mrs. Gandhi blamed the Punjab crisis on external forces which did not want to see a strong and united India. No doubt they played a role and will continue to play a role by aiding and abetting sikh extremists wedded to terrorism. But external forces alone could not and cannot threaten a country as potentially strong and stable as India. Indians must now look at their own country and the weaknesses in its body which brought Punjab to the brink of political disaster.

The world’s largest democracy is still governed and administered by the institutions of the British Raj. The Indian Administrative Service, which dominates the administration, is a carbon copy of the Raj’s ICS, and the Indian Police Service is a carbon copy of the I.P. Macaulay’s Penal Code is still in force. The hired witnesses who used to testify in favour of the Raj now testify before magistrates in favour of independent India’s police. The legal system bequeathed by the British is used by the wealthy and influential to frustrate the intentions of the government. The poor regard the police and the courts as their oppressors.

The Punjab crisis showed just how unsuitable the institutions of the Raj were for coping with the problems of modern India. The police were helpless because their ranks had been undermined by years of inadequate pay and its corollary, corruption-both features of the Raj’s Police force too. Police officers knew that there was no point in bringing the few extremists they did arrest before the judges, because it would take years to obtain convictions in their moribund courts. So they resorted to murder disguised by the words “killed in an encounter”. Those encounters justified Bhindranwale’s call for revenge. The congress Party, which should have been Mrs. Gandhi’s messenger in the Punjab villages, combating the hatred Bhindranwale was spreading, consisted of time-servers whose eyes were always on Delhi, the fountain-head of power, not on their constituencies. The civil service was dominated by time-servers too, prepared to break any rule to please their political masters. Parliament was powerless because only the most courageous of Mrs. Gandhi’s MPs dared to speak out against her Punjab policy. Mrs. Gandhi never tried to reform the institutions of India and she paid the price for it when the police became so slack that her personal security force was penetrated. This is a harsh judgement on a remarkable leader who has preserved India from the dismal tyrannies or the chaos of most other developing countries. But it is essential to see the bad as well as the good in Indira Gandhi if India is to cope with the rising expectations of its young and with the social changes which have to come with modernization. 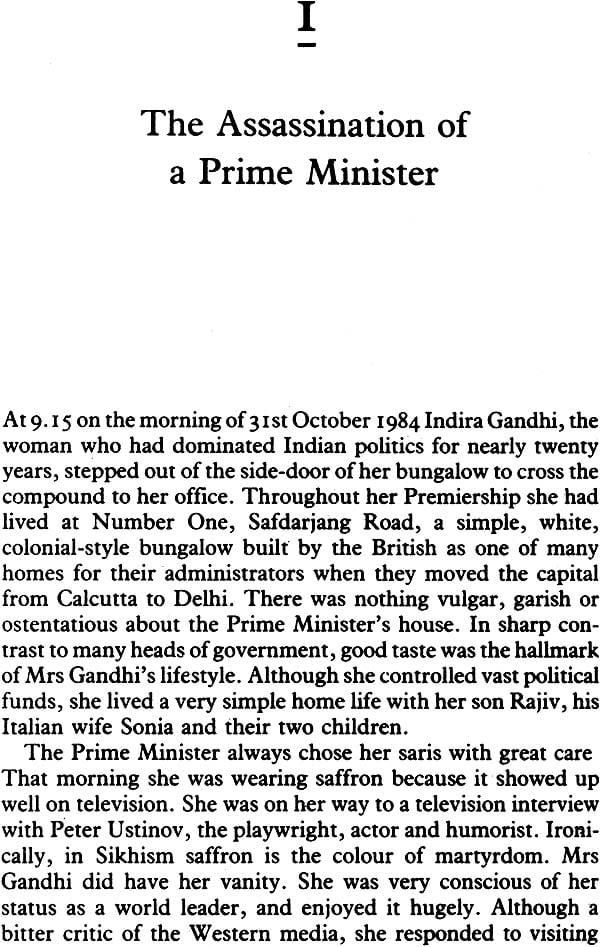 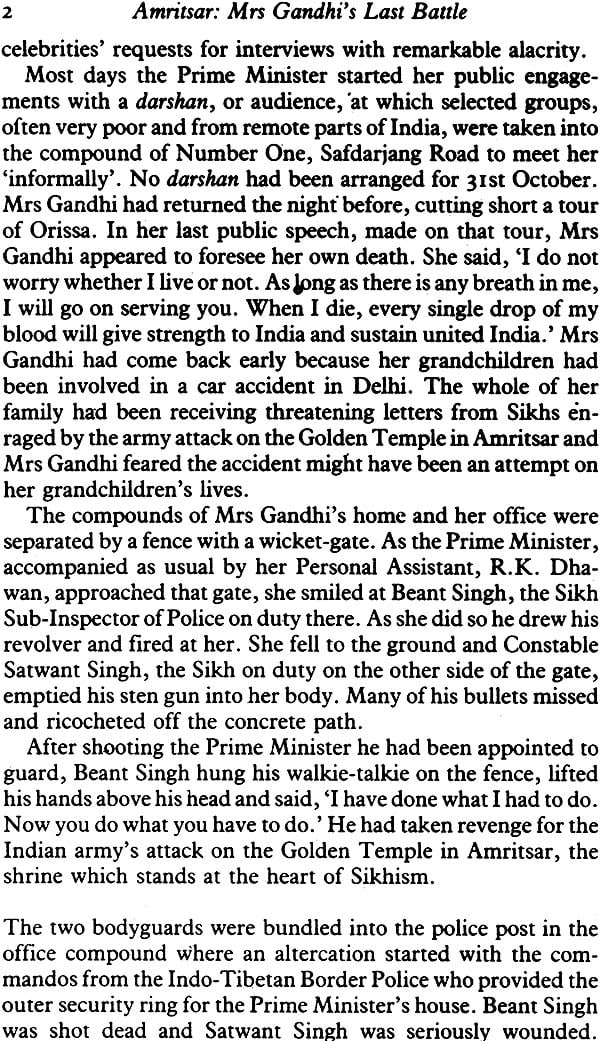 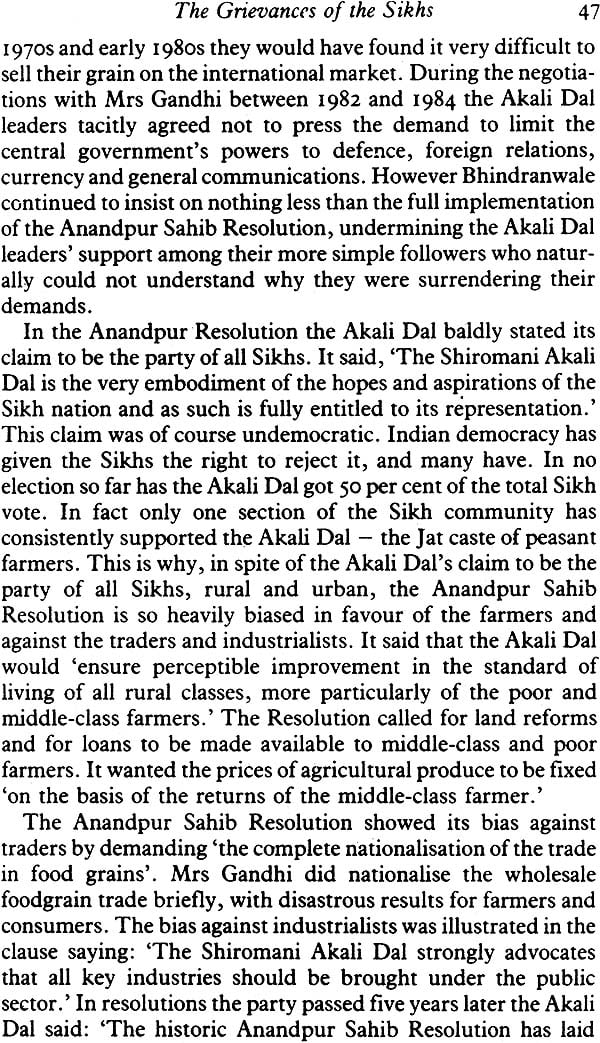 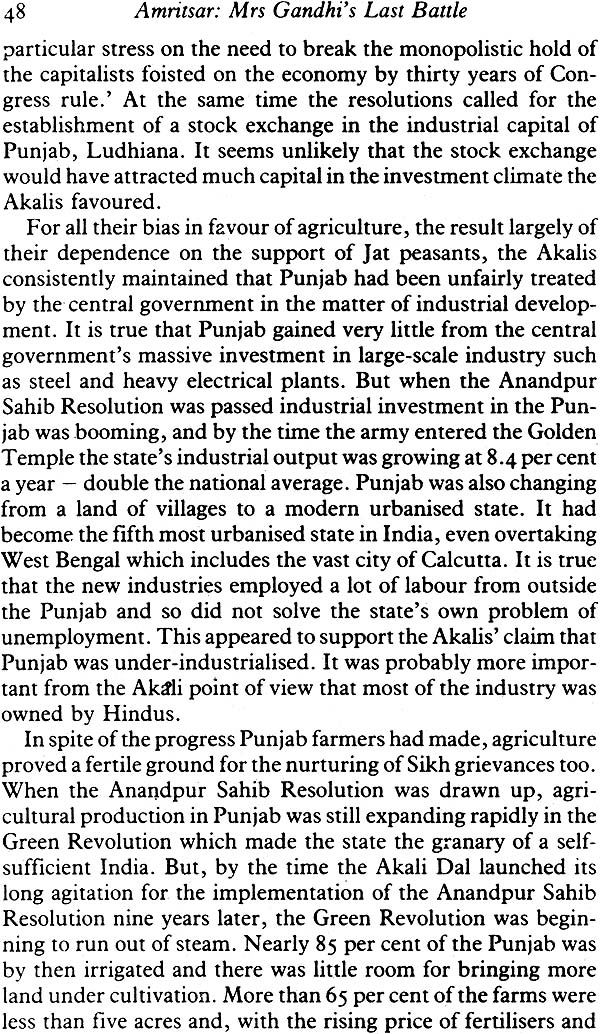 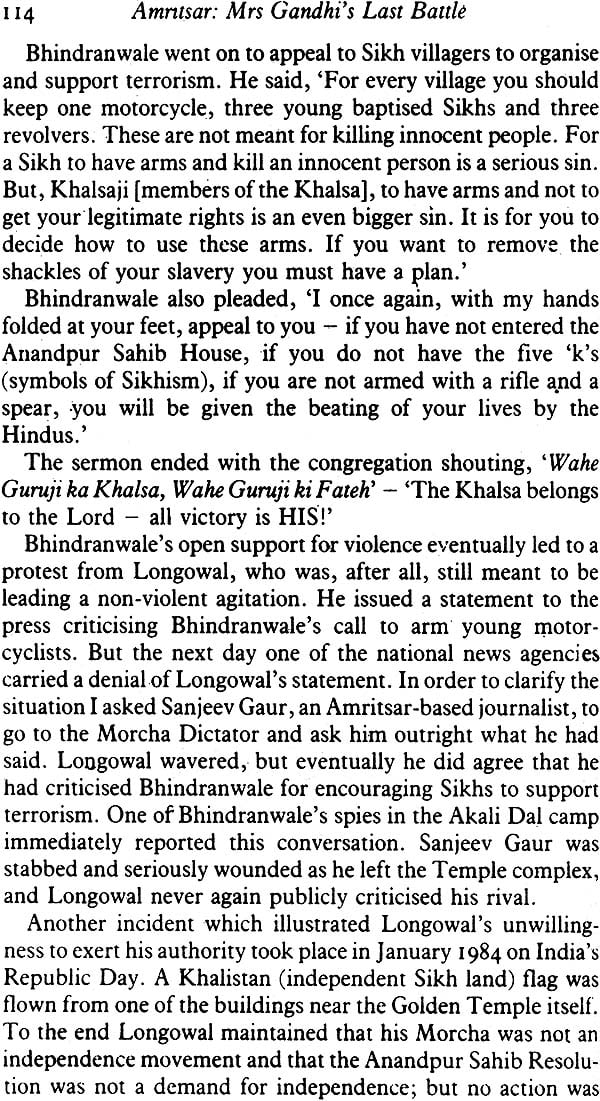 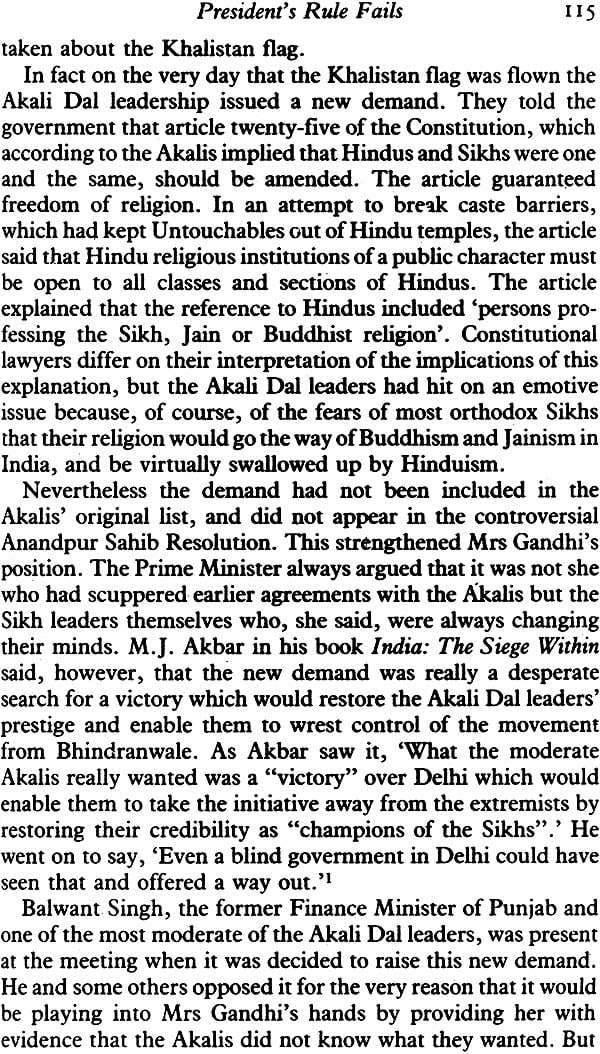 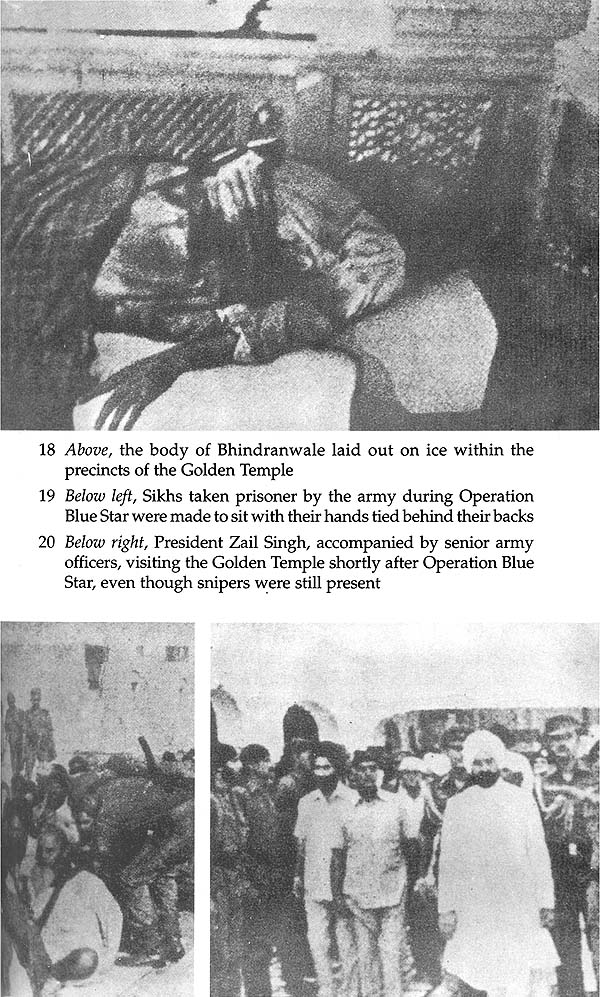 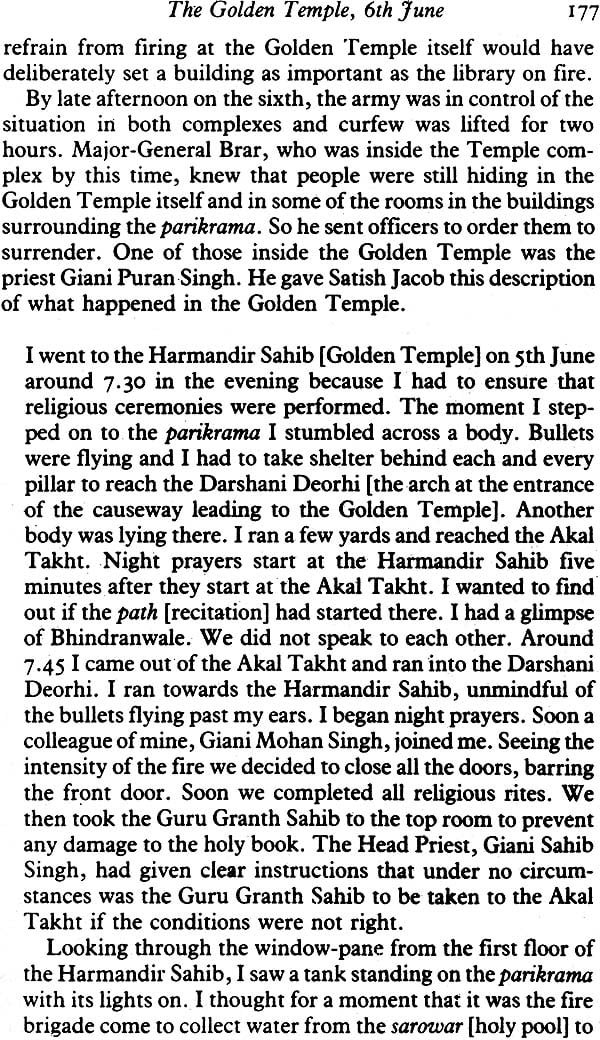 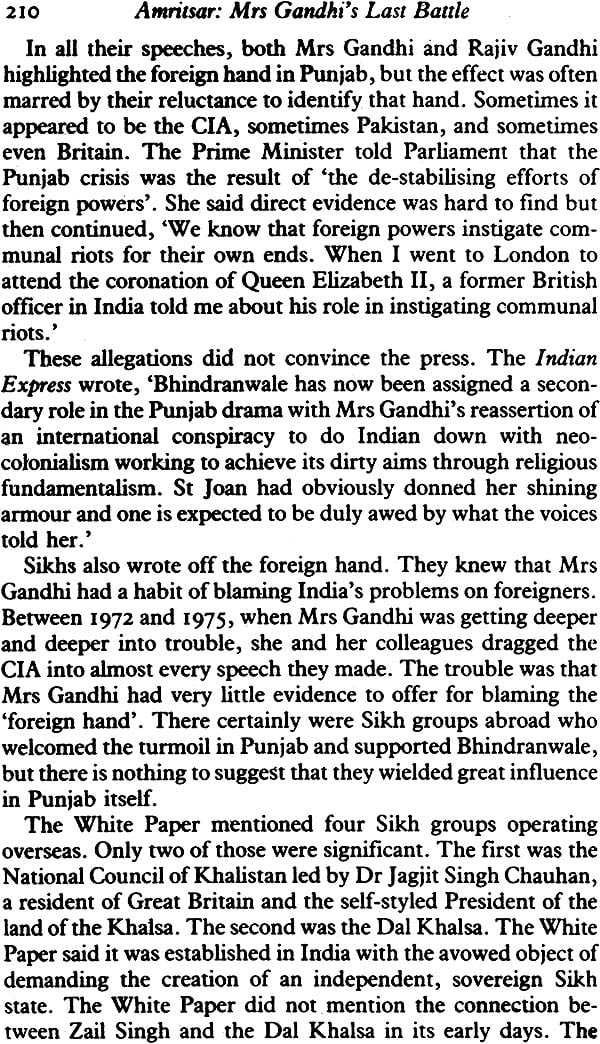 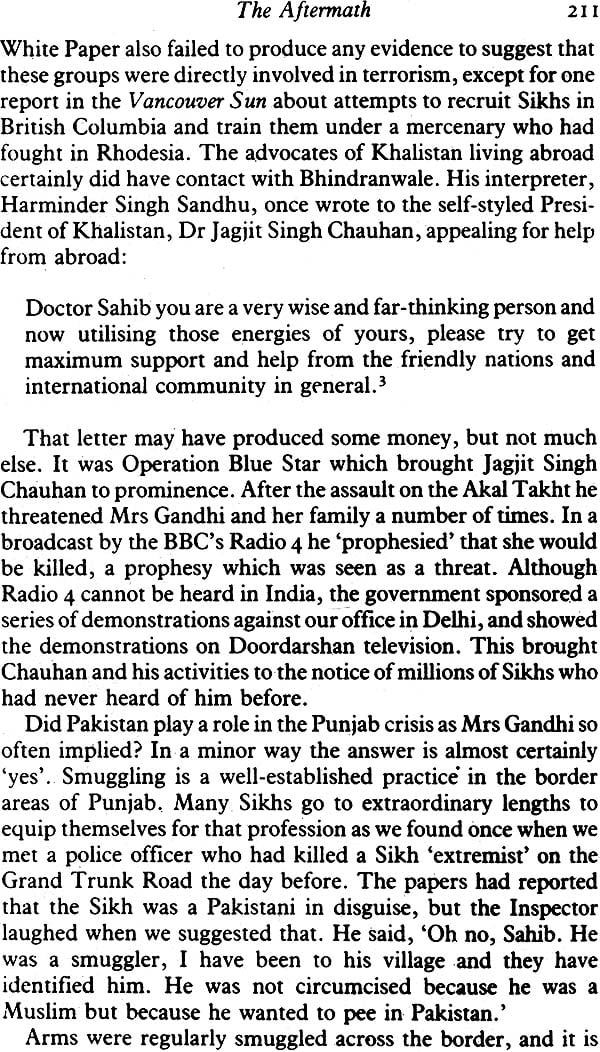 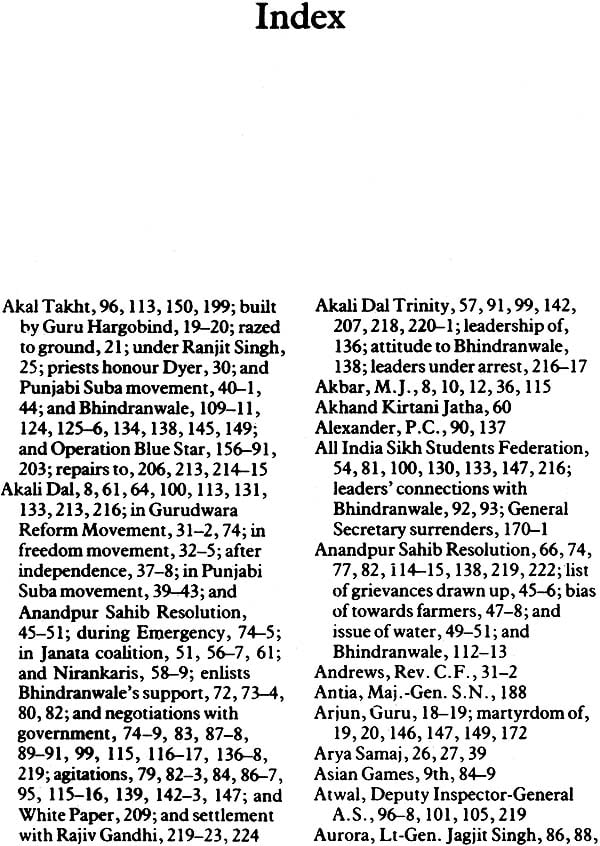 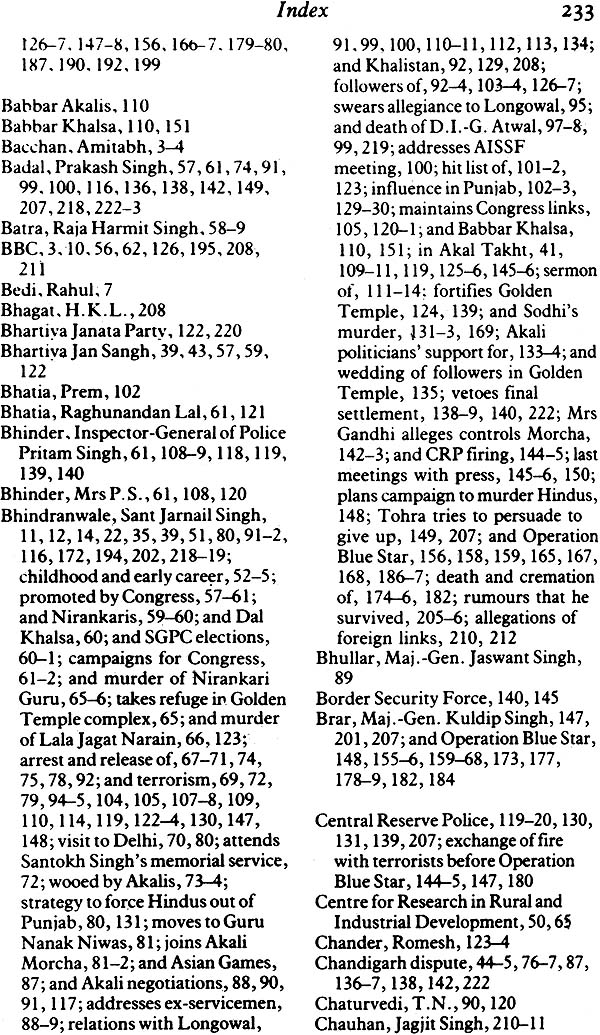 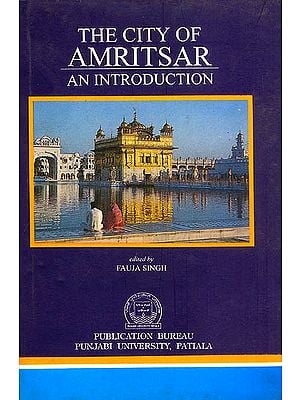 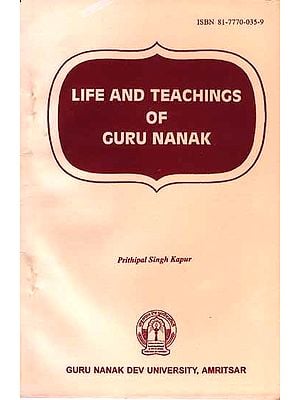 Life and Teachings of Guru Nanak
By Prithipal Singh Kapur
$7 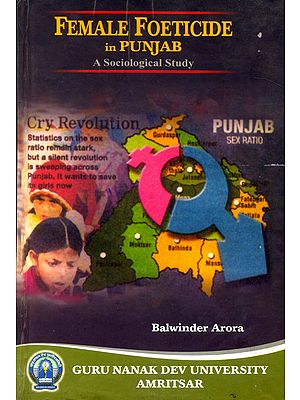 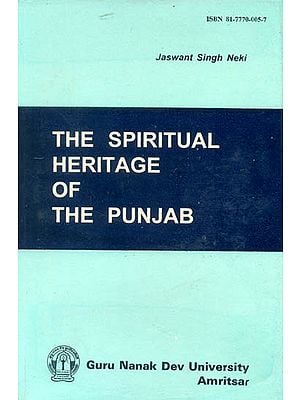 The Spiritual Heritage of The Punjab
By Jaswant Singh Neki
$16 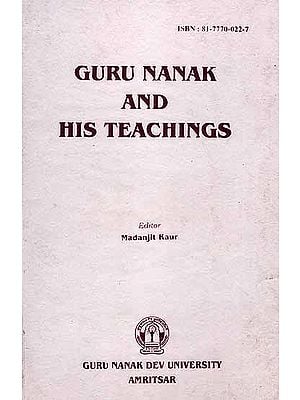 Guru Nanak and His Teachings
By Madanjit Kaur
$29
FREE Delivery 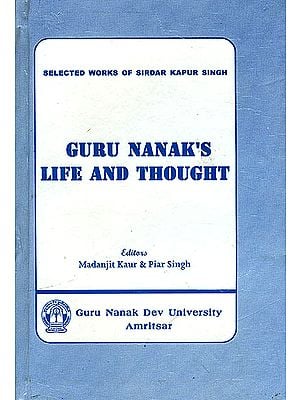