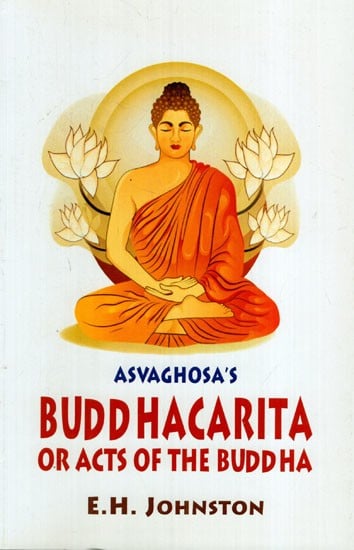 The Buddhacarita is the most famous work of Asvaghosa, the well-known Buddhist poet-philosopher supposed to have been a contemporary of King Kaniska of the early 2nd century A.D. the twenty-Eight cantos of the epic poem a little less than half is now available in the original, but complete translations in Chinese and Tibetan have been preserved.

This edition consists of three parts. The first part contains the Sanskrit text and the second the translation of the first fourteen cantos, filling up the lacunae in the Sanskrit from the 'Tibetan, together with an introduction dealing with various aspects of the poet's works, with notes which discuss the many difficulties of text and translation., and an index. The third part contains translation 'Cantos XVXXVII based on the available Tibetan and Chinese versions so as to arrive as near the meaning of Asvaghosa's original text.

The poem falls into four distinct quarters of seven cantos describing birth and youth of the hero, enlightenment after long questing, how the Buddha made his discovery by teaching available to all beings, a mission ending with a universal conquest in which the hero converts the rulers and people in many countries to the new doctrine and the events leading up to the Parinirvana of the Buddha.

Introduction
ASVAGHO$A
i. LIFE AND WORKS

One phenomenon recurs again and again III the history of Sanskrit literature, namely that we know nothing certain of the lives of its greatest figures beyond what they themselves choose to tell us and what is stated in the colophons of their works. Asvaghosa is no exception to the rule. While he is silent about himself, the colophons of the three works which we know to be his agree in describing him as Saketaka, a native of Saketa, and as the son of Suvarnaksri. Before discussing the bearing of these facts, it is best to determine his date with such accuracy as is possible. The lower limit given by the Chinese translation of the Buddhacarita made early in the fifth century A.D. can be set back by three hundred years; for Professor Luders holds that the handwriting of the MS. fragments which contain all that is left to us of the 8iiriputra- prakara1Ja must belong to the times of the Kushan kings, probably to the reign of Kaniska or Huviska. Dating by paleography does not always give as assured results as is sometimes supposed, but the margin of error in the present case cannot be large; for the MS. was corrected by a Central Asian hand, which equally on paleographical grounds may be as early as the end of the Kushan era," and it shows signs of having been long in use before the overwriting took place, so that to impugn the first date means impugning the second one also and it is hardly probable that both should be misleading.

Two other points afford some indication, though of lesser probative value, that the reign of Kaniska should be taken as the lower limit. At B., xii. 115, Asvaghosa writes :-

The connexion between the two is obvious, and the expression, vyavasayadvitiya, is apt in Asvaghosa, because the Buddha has just been deserted by the five bhiksus and has nothing but his resolution to accompany him on the march to the bodhi tree; but Matrceta's version spoils the point, because a Buddha can have no companions in the process of obtaining Enlightenment. This view is enforced by B., xiv. 99, where Indra and Brahma more appropriately find the Buddha with the dharma he had seen as his best companion. Is it not clear then that Matrceta has borrowed a phrase from Asvaghosa and turned it into a cliche? That the former is some- what later in date seems to follow also from the style of the Satapancasatka; thus note the fanciful verbs, jaladya, Vainateyaya, madhyarhdinaya, Sakrayudhaya, of verses 74 and 75, which suggest some advance on Asvaghosa in verbal tricks. He is moreover the author of an epistle to Kaniska, and if we accept the latter's name as authentic, it would follow that Matrceta lived in his reign and Asvaghosa before it. I would not press this piece of evidence, but, so far as it goes, it suggests that Luders' dating of the MS. of the dramas is at any rate not at odds with the probabilities.

Our other evidence derives from Chinese tradition, which associates Asvaghosa both with Kaniska and with the composition of the Vibhasa, the great Sarvastivadin commentary on the Abhidharma, said to be the outcome of a general council held in the reign of the Kushan king . For a later Buddhist writer such information would be of value, seeing that the Chinese with their more practical minds are intensely interested in the collection of historical and personal detail, and that the regular intercourse of pilgrims and monks between India and China provided sufficient opportunity for obtaining contemporary information. But in this case the traditions are far from contemporary and cannot at present be traced further back than the end of the fourth century A.D.; they are at hopeless variance among themselves regarding the poet's actual date and present him as a figure of romance, not as a sober historical personage. In considering the association with Kaniska we must allow for the tendency to couple the names of great writers with great kings. One Indian scholar, it is true, has seen in the mention of Atreya at B., i. 43, a reference and compliment to Caraka, the legendary physician of Kaniska , but little weight attaches to so problematic a suggestion. Moreover the internal evidence of the extant works makes it somewhat doubtful whether they could have been written in the Kushan kingdom. 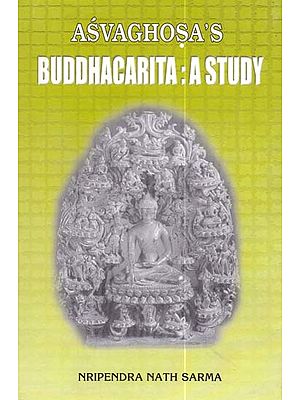 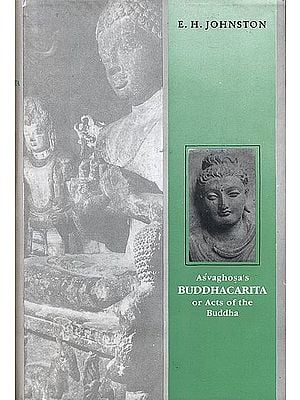 The Golden Book of Buddhism (Humanity's Oldest Religion of Peace): Selected Suttas of both Hinayana and Mahayana, with Ashvaghosa's Buddhacharit
By F. MAX MULLER, T.W. RHYS DAVIDS and SAMUEL BEAL
$20.25
FREE Delivery
$30  (10% + 25% off) 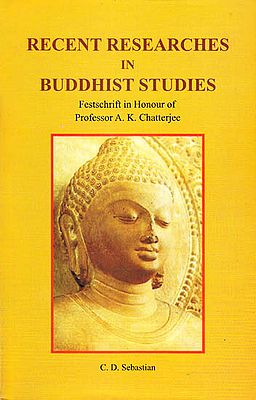 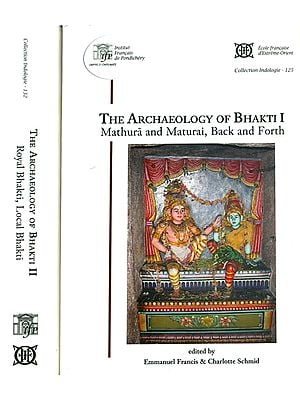 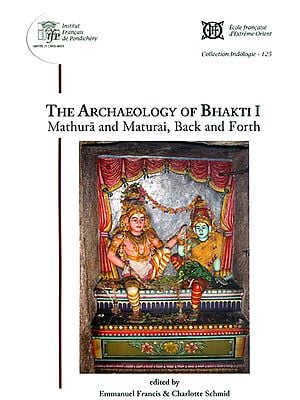 The Archaeology of Bhakti I (Mathura and Maturai, Back and Forth)
By Emmanuel Francis
$39
FREE Delivery
$52  (25% off) 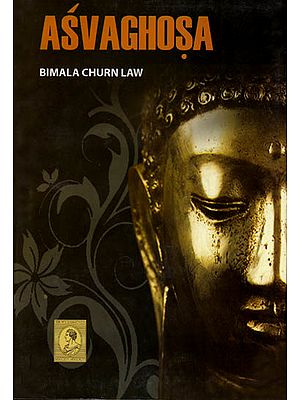 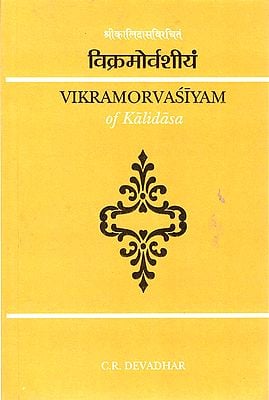 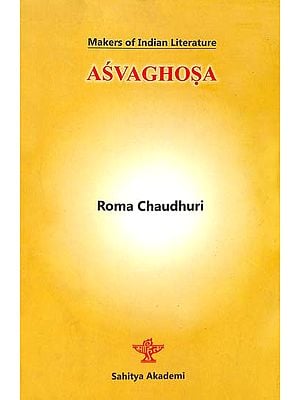 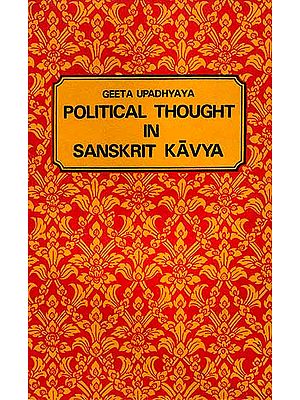 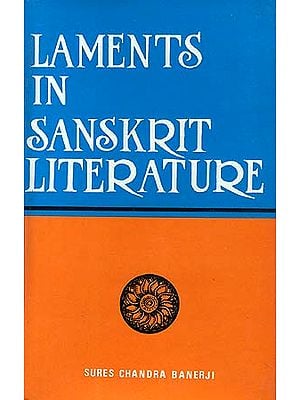 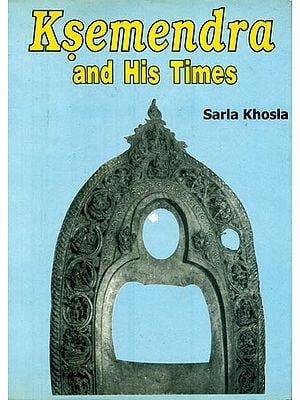 The Golden Book of Buddhism (Humanity's Oldest Religion of Peace): Selected Suttas of both Hinayana and Mahayana, with Ashvaghosa's Buddhacharit
By F. MAX MULLER, T.W. RHYS DAVIDS and SAMUEL BEAL
$20.25
FREE Delivery
$30  (10% + 25% off)

The Archaeology of Bhakti I (Mathura and Maturai, Back and Forth)
By Emmanuel Francis
$39
FREE Delivery
$52  (25% off)