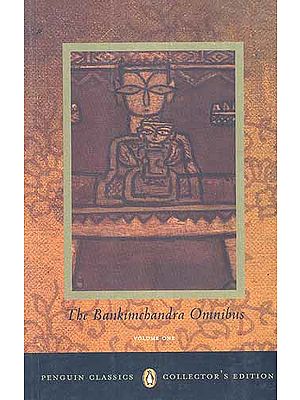 $32.50
Notify me when this item is available
Save to Wishlist Send as E-card Share by Email
About the Book :

Often referred to as India's first modern novelist, Bankimchandra Chattopadhay fused the formal, Sanskritized Bengali with the colloquial idioms of the spoken language to write prose narratives that everyone could read. Having picked up the pen to consciously improve the minds and morals of his readers, Bankimchandra wrote novels that were at once instructive and entertaining. His novels fall into three genres: historical romances, novels of nationalist fervour, and those reflecting the social conditions in nineteenth-century Bengal.

The first volume of the collector's edition brings together five of Bankimchandra's best-known works in English translation. Set in the Bengal of Emperor Jehangir's time, Kapalkundala tells the story of Nabakumar, a young woman named Napalkundala whom he rescues from a Tantric intent on human sacrifice, and the beautiful Lutfunnnisa who has sold her heart on marrying him. In Bishabrikha (The Poison Tree), set in Bankimchandra's own time, Nagendra is torn between his devoted wife Suryamukti and the bewitching young widow Kundanandini. Unable to prioritize either of the women he cares for, Nagendra ends up losing both. Indira is a lighthearted tale of playful intrigues: Upendra does not realize that his friend's house, and is given a royal run-around by Indira and Subhasini, her employer. Krishnakanta's will is a tragedy of lust, infidelity, greed and death revolving around Govindalal, his wife Bharamar, the attractive widow Rohini, and a stolen will. Rajani, the story of a blind girl and two men, Sachindra and Amarnath, is a psychologically taut tale; it is the first Indian novel where characters narrate their stories in the first person.

Evoking the Bengal of yore in all its hues, Bankimchandra's novels explore love and relationships and the manner in which society shapes them. Translated exclusively for Penguin, these superbly crafted novels are sure to hold readers in thrall today just as they did over a century ago.

Bankimchandra Chattopadhyay was born in Kantalpara, West Bengal, in 1838. In 1858, he became the first Indian to earn a BA degree. He served in the Indian Civil Service as Deputy Magistrate and Deputy Collector between 1859 and 1891.

Bankimchandra's first novel Rajmohan's Wife was written in English. His first Bengali novel Durgeshnandini appeared in 1865. He went on to write thirteen more novels, of which Kapalkundala, Mrinalini, Bishabriksha, Krishnakanter, Mrinalini, Bishabriksha, Krishnakanter Will, Rajani, Rajsingha and Devi Choudharani are the most famous. The epoch-making Anandamath appeared in 1882; the versr 'Vande Mataram' from the novel became the anthem of nationalists during the freedom movement, and is now the National Song of India.

Apart from his novels, Bankimchandra has to his credit a considerable body of non-fiction. He was the editor of Bangadarshan, perhaps the most influential literary magazine of its time, which began publication in 1872.