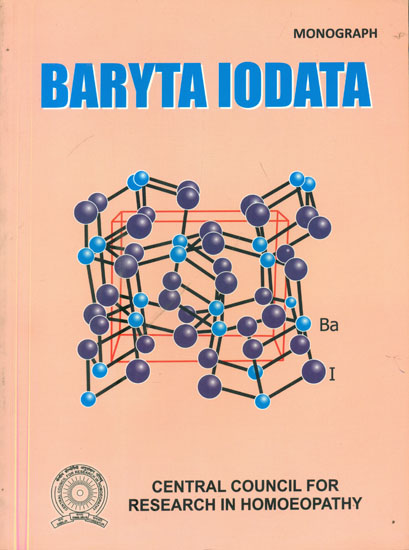 Being an apex research organization in Homoeopathy, Council has been trying to conduct drug standardization, drug proving and clinical verification of a number of partially studied drugs and a few new drugs, so that the homoeopathic Materia Medica can be augmented.

This monograph compiles the Drug Standardization data, Drug Proving data and Clinical Verification data of Baryta iodata and lists the Institutes/Units of the Council where the studies took place.

I am sure this monograph would be of help to both homoeopathic clinicians and the research workers interested in the areas like pharmacology, pharmacognosy and chemistry relating to Baryta iodata. As the drug would be put to use more frequently clinically, the book will need updating and revision as the symptoms given in the monograph need to be re-confirmed and also new symptoms may appear.

We, therefore, invite inputs from homoeopathic professionals on the monograph so that the information given here can be further improved upon in the next edition for the benefit of the profession.

The efforts of the scientists of CCRH are now open for the real test of time and experience. 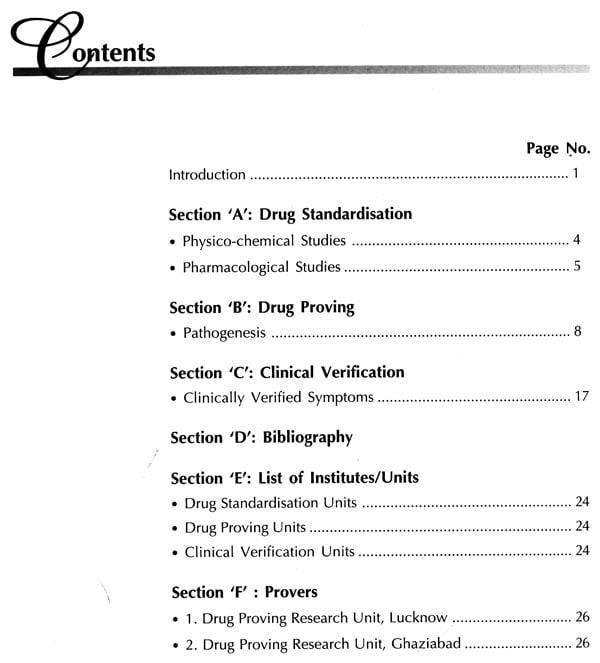 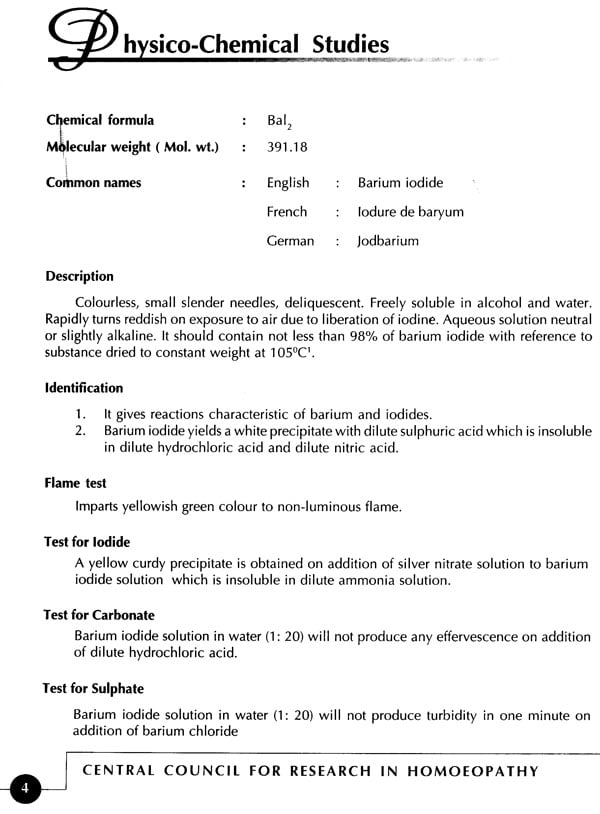 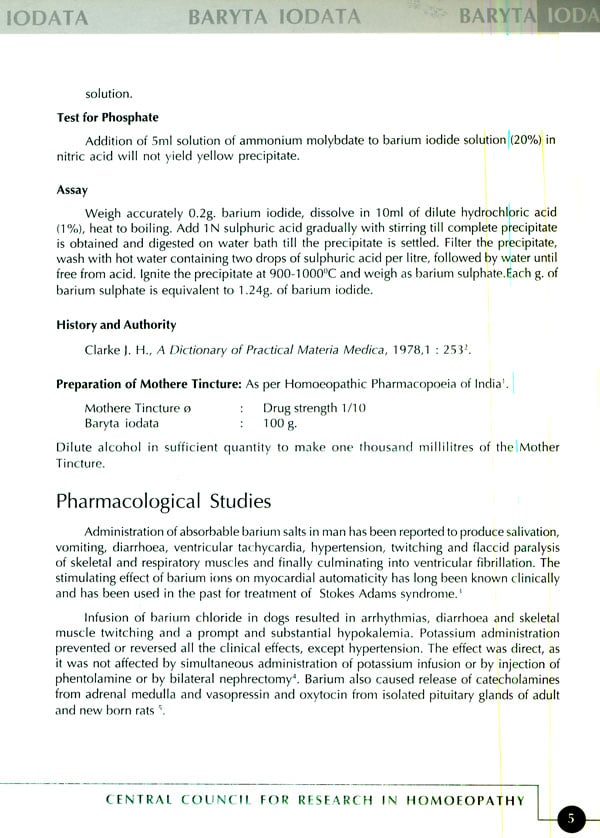 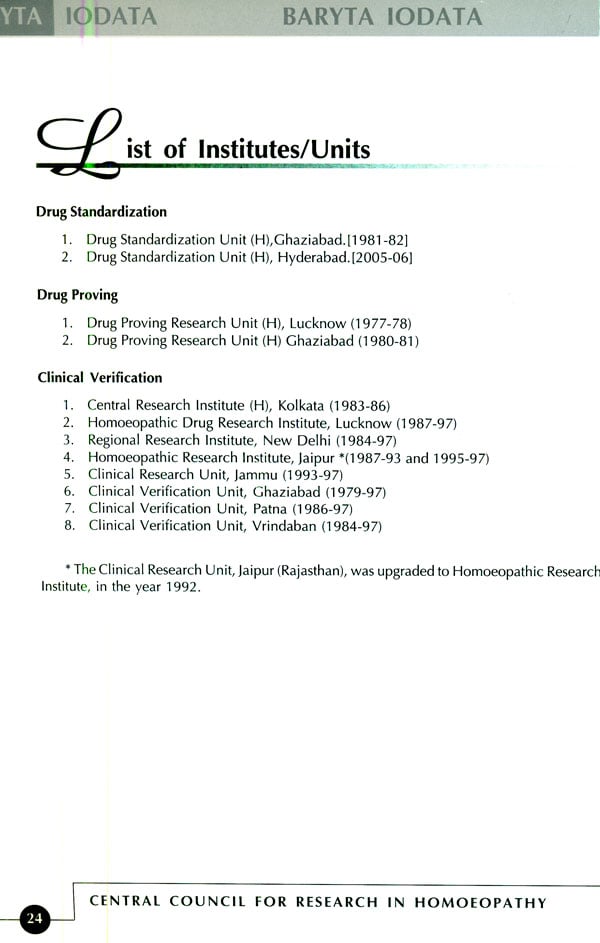 Keynotes and Characteristics with Comparison of Some of The Leading Remedies of the Materia Medica with Bowel Nosodes
By H.C. Allen
$19.20
FREE Delivery
$24  (20% off)

Materia Medica With a Difference (Highlighting Key Features seen in Clinical Practice )
By Jonathan Shore
$13.60
$17  (20% off)

Pocket Manual of Homoeopathic Materia Medica: Comprising the characteristic and Guiding Symptoms of all Remedies (Clinical and Pathogenetic)
By William Boericke, M.D.
$30.75
FREE Delivery
$41  (25% off)
Book FAQs
Add a review
Have A Question